Larxene isn’t the most formidable boss fight in Limit Cut, but she’s certainly no pushover. Larxene fights with an electrified kunai that she’ll use to do quick lightning attacks in large areas around the arena. She’s fast, aggressive, and uses a lot of fake out tactics to get into your head. Luckily, Larxene also has a generous number of openings that, once you learn them, make the fight a lot easier to get through.

Most of the Limit Cut fights cannot be brute-forced, and Larxene is no exception. If you’re struggling with learning her tells and pinning down the quick attacker, this guide will detail all of her attacks, her openings, and the best strategies for approaching the Larxene fight in Kingdom Hearts 3: ReMind.

You’re not going to be able to slide right into Limit Cut after finishing the story without some grinding. I finished both the base game and Re:Mind around level 45 and was getting absolutely housed by the Limit Cut bosses on Proud Mode. While there are those that manage to pull off level one crit runs with one hand behind their back, the rest of us need to be prepared.

First step is getting the right Keyblade. Assuming you haven’t gone through the process of getting the Ultima Weapon, your options are either Oathkeeper on Normal/Proud or Oblivion on Critical. All you need to do to get Oathkeeper is find all 90 of the Lucky Emblems scattered around the worlds. As for Oblivion, simply complete the game on Critical.

Once you’ve leveled the Oathkeeper up all the way, I recommend using the Royal Ribbon and two Cosmic Belt+. These three items will give you the highest defense and resistance combo possible. 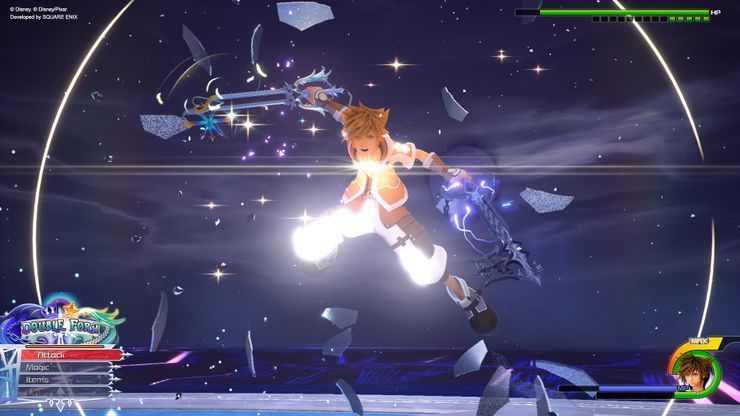 As for accessories, I like to use the Crystal Regalia from the Dark Inferno secret boss and the Mickey Clasp, again from the 90 Lucky Emblems, for the fastest MP regeneration. The third slot is more open to preference; Orichalcum Ring, Flanniversary Badge, and Celestriad are all good choices.

After that just make sure you have a Kupo Coin, lots of Hi-Potions and Hi-Ethers (or Elixirs if you’re boujee) and eat a high HP/defense meal.

Lighting Fan – Larxene leaps up and throws a fan of electric knives, if you’re in the area even close to where they land you’ll take damage. Your best bet is to roll towards her or jump and attack her. 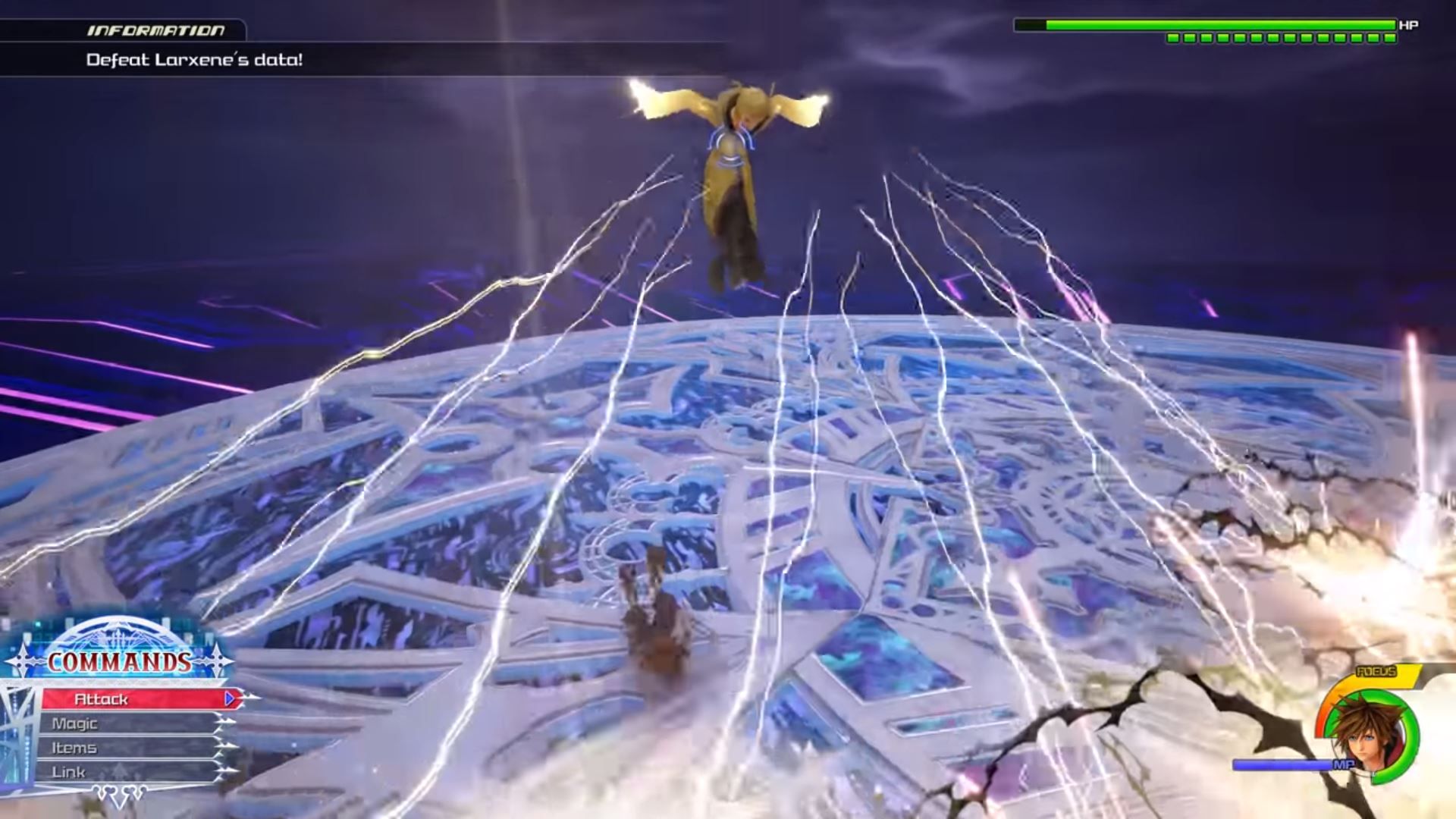 Ground Pound – Larxene slams the ground causing pillars of lightning to erupt upwards. When you see the circle closing in just roll away. She’ll usually do three of these in a row and you can attack after the third one.

Lightning Strikes – Larxene sends walls of lightning creeping towards you. On their own, they’re easy to dodge, but in the midst of chaos, it’s easy to get hit by these. Try not to focus on them because they can be distracting, just move far away when you see them.

Teleport – Larxene turns into a ball of lightning and teleports around you. She will either slash at you, which you can block, throw a lightning fan, or do a ground pound. Try to keep moving and react quickly when you see which attack is coming next.

Double Up – Once Larxene powers up, her move set will change and she’ll become more unpredictable and harder to hit. Larxene will produce doubles of herself that will attack you in sequence. You can block all of the attacks except the ground pound, so when you see the circle dodge away immediately and get ready to block again.

Finisher – Larxene will say “Buh-Bye!” and create a large ring around you that tracks you around the battlefield. Wait until it closes in and then air dodge away quickly to avoid taking damage.

Larxene’s biggest openings are right after she attacks with the fan of knives and after the third ground pound attack. Both attacks leave her open for retaliation, so when she throws the knives jump up and start hitting her. For the ground pounds, just dodge all three and then immediately go in for the attack.

When Larxene powers up you can try to get some hits in but it’s tricky. If you hit the wrong double it will vanish and she’ll immediately counter with a ground pound. If there are only two doubles it’s worth a shot, but once she starts making three+ it’s best to just block and wait it out. In between regular attacks, she’ll still do ground pounds, so always be ready to dodge those.

There are two phase changes that create big openings. At about 2/3 and 1/3 health Larxene will start teleporting around. Block and dodge her attacks and then counter when she stops teleporting. When she does her “Buh-Bye” attack you’ll also have a big opening to get some damage in, as long as you’re able to dodge the lightning circle.

Larxene is fast, but she’s fairly predictable. As soon as you learn which attacks to dodge and which ones to block, it’s just a matter of working those reflexes to outpace her in this fight. Be patient and wait for your openings and you’ll make short work of this boss.