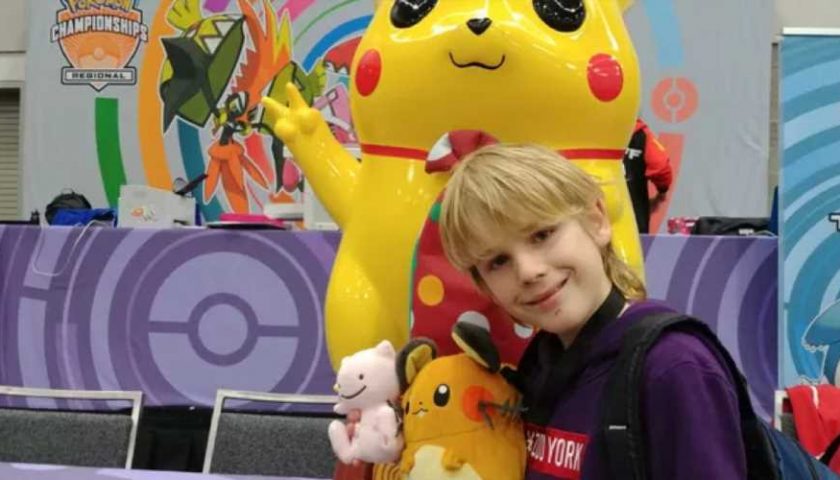 A young Pokemon fan is currently streaming himself for 24 hours playing the Pokemon Trading Card Game as part of a fundraiser to help send him on his way to compete in the World Championships in London.

This year the Pokemon World Championships are to be held outside North America for the first time as the annual event heads to London, England, and Liam is hoping to travel there from his hometown of Chilliwack, British Columbia, in Canada. With the help of his family, Liam has started a GoFundMe page with the goal of raising $5000 CAD so that he can take that journey to potentially become the very best like no one ever was.

In order to be invited as a competitor for the World Championships players have to participate in regionals and Liam managed to successfully qualify for the 2020 Pokemon World Championships. To qualify, Liam had to earn 350 points for his division and traveled to compete, journeying to Portland, Oregon in the USA, for instance.

Sadly, the 2020 Pokemon World Championships had to be canceled owing to the Covid-19 pandemic, but this year the event will finally be making its return, to the same location it was scheduled for two years ago, at the Excel Centre in London.

"My journey started in 2017 when I played my first game of Pokemon", Liam writes, on his GoFundMe page. "I’ve been playing for a long time and have learned lots along the way. Pokemon has been a source of joy, but it has also helped me learn how to socialize with other people. Many autistic people have greater struggles with social interaction."

As he says, Liam has high functioning autism and says this means he has "hyper focus for certain things and can do really well with them, and Pokemon is one of those things". The young competitor likes the maths and patterns involved in the Pokemon Trading Card Game and says it's as strategic as chess.

On his stream, which has been going for over an hour so far, Liam has revealed that he shoveled snow to earn money to buy Pokemon cards, and that it was his dad who helped him get into the hobby. As for his 24-hour stream, Liam has a full schedule of activities. "I've worked hard on designing an entire day of content that will hopefully offer something for everyone," he wrote. The program includes sections on teaching people how to play the game, and, mysteriously, making art out of bananas. Liam will also play in online competitions during his stream, while his fundraiser got a boost from Sierra Dawn, a well-known Pokemon caster, who Tweeted a link to Liam's GoFundMe.

"Five years ago, I discovered the Pokémon Trading Card Game. Playing Pokémon quickly became one of my passions. As I developed my skills and understanding of the game, I found myself dreaming that one day I might be good enough to qualify for the Pokémon World Cup", Liam wrote on his GoFundMe, which at the time of writing had already raised just over half of his goal, with 22 donors.

We at TheGamer are all for gaming as a way to make friends, build confidence, and, of course, to have fun! Liam's GoFundMe can be found here, which contains a link to his Twitch stream.