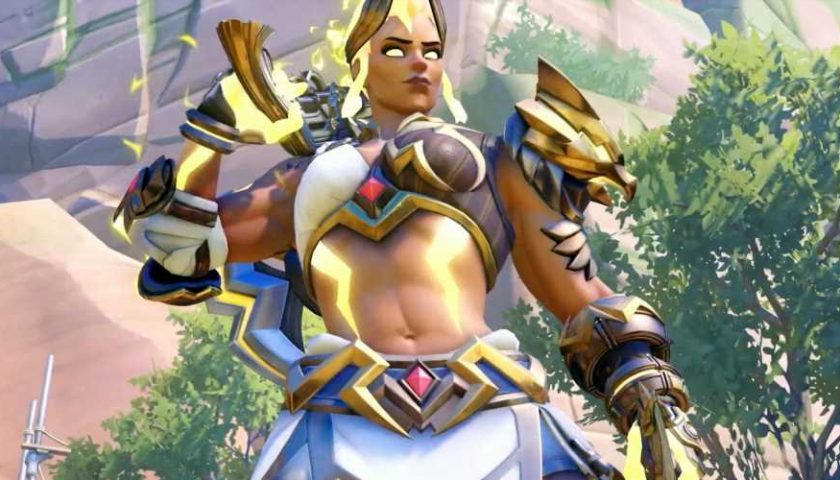 Junker Queen is dominating Overwatch 2's new Battle for Olympus mode, easily stacking up the most kills. This is according to Blizzard's player data, which suggests a whole lot of us were making the most of a recent oversight that made her completely overpowered, letting her spam her axe non-stop in certain situations.

The stats, which rank each Battle for Olympus Hero based on how many kills they've amassed so far, show that Junker Queen is in the lead by more than one million points. At the time of publication, players who used the Tank had amassed a total of 7,682,166 kills. This is much more than Pharah, who sits in second place just ahead of Roadhog.

Seeing Junker Queen in the top spot is pretty ironic given the story behind the Battle for Olympus mode. Taking the role of Zeus, the Queen is allowing other mythological figures to fight for ownership of Olympus, but only if they can best her in combat. Unless these stats change drastically by the end of the season, then it's likely she'll get to keep the keys to the home of the gods for herself.

While Pharah is in second place, she's still pretty far behind. We can also say with some degree of certainty that Reinhardt is out of the running, with less than half of Junker Queen's kills. The rest of the gang, Roadhog, Lucio, Ramattra, and Widowmaker, definitely have some catching up to do if they want to take on the Queen.

However, as mentioned before, Junker Queen's high placement could have more to do with an oversight that has since been patched out. When the latest update dropped, it was found that the cooldown on her axe could be completely bypassed as long as you hit certain parts of the maps, such as walls (thanks, PC Gamer). This meant that you could spam it non-stop, making quick work of shields and Tanks. This has since been addressed by the developers, but not before players could rack up hundreds of kills.

Players could definitely use the helping hand too. As we covered earlier today, the challenges added with the Battle for Olympus mode are ridiculously grindy. It's so bad that players are having to help each other out, letting themselves be killed so others can complete the challenges. And now with no axe exploit to play around with, the community will really have to come together if we want to blast through these objectives before the next update.