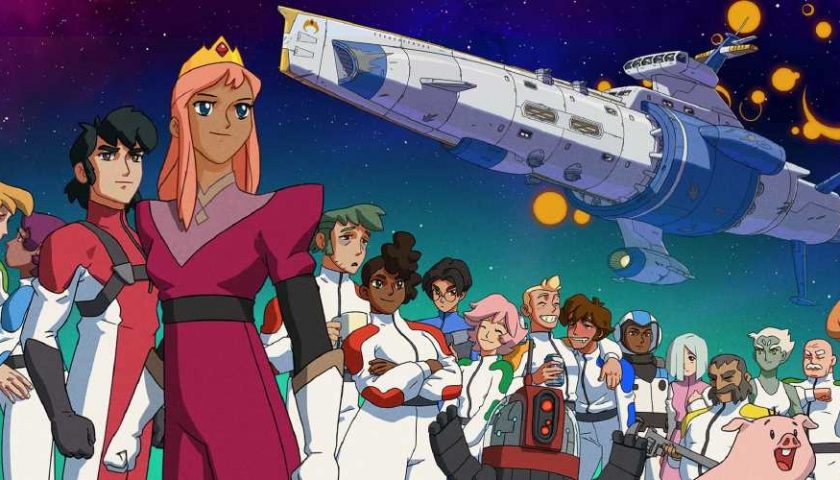 Jumplight Odyssey immediately stands out from other colony sims thanks to its retro anime aesthetic. Trent Kusters, studio director at League of Geeks, tells me the game was born from a love of ‘70s Saturday morning anime like Star Blazers and Ulysses. However, the developer is also keen to make the colony sim genre more accessible, despite adding in roguelite elements and FTL-style galaxies to move through.

“So much in ‘70s anime has this beautiful wonky charm to it, it's kind of goofy, you know,” Kusters says after showing me the trailer that you’ve likely just seen at the PC Gaming Show via video call. “It's like, we’re just into the space race a bit. We've been on the moon, but we don't know much about anything else.”

Jumplight Odyssey has an immediately endearing presentation. There’s a 2D heart to the 3D characters and ships, the latter inspired as much by retro anime as it is the Incredible Cross Sections books and toys of the same era. The twisted dimensions, meeting halfway between anime and 3D, were an intentional choice, and Kusters tells me the League of Geeks team often played games where they guessed if assets were 2D concept art or 3D realisations. The harder to tell, the better the asset. 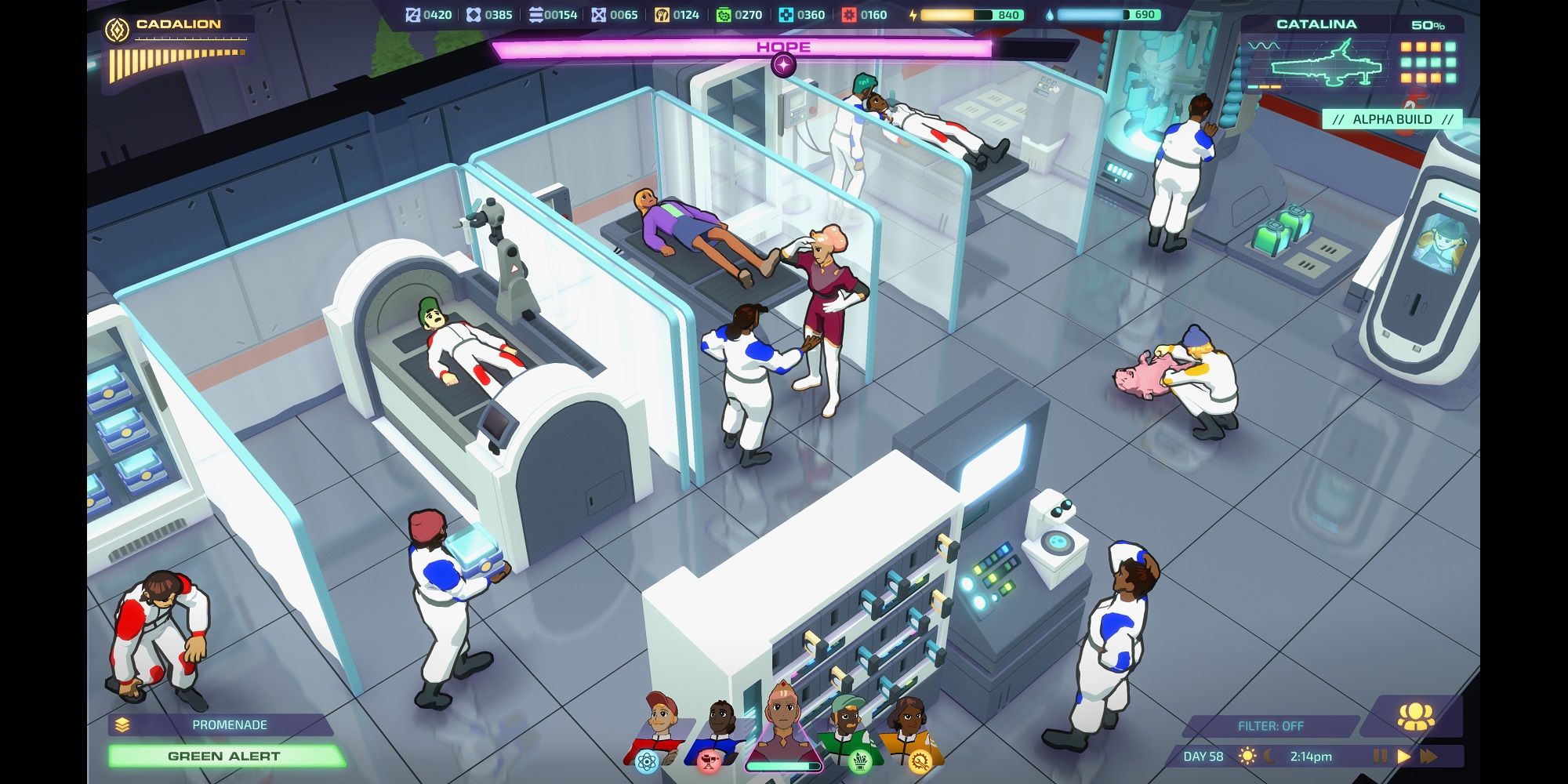 “We have a joke in the studio: is that 3D?” he explains. “It's just those three words, because we would have build reviews where people will be like looking at something and they'll be like, ‘is it 3D?’ People are creating props for the game or whatever, and you can't tell if you're looking at a piece of concept art, and then I'll rotate the camera you're like, ‘Oh, my God, no, it's actually 3D’.”

As for gameplay, I only previewed the colony simulator side of things, and was completely hands-off with the early build. There were plenty of placeholder assets as you’d expect at this stage, but the building looked snappy and responsive, and the options practically endless. You not only have to manage your resources, however, but also your staff. Assign fellow spacefarers to different classes and watch your ship thrive – or not, as the case may be. Travelling to different star systems (through those FTL-like jumps) will grant you different bonuses or negative effects: orbiting a red dwarf will raise the temperatures on board or nearby asteroid belts will offer plenty of resources to mine. The best description is Kusters’ own words for the initial idea: “What if we put Rimworld on a fucking ship?” 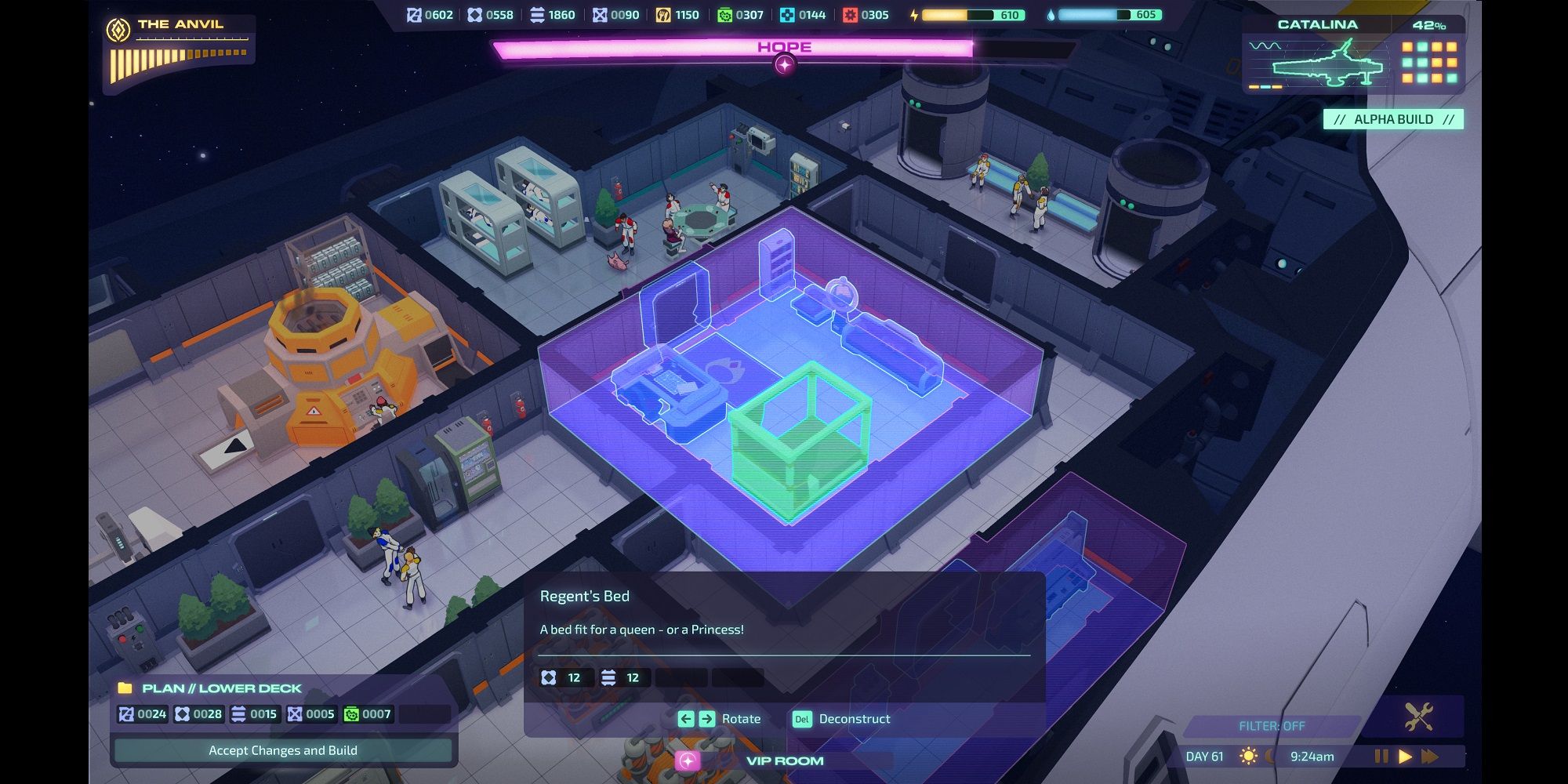 The most important resource to manage on board is hope. You have a big, pink metre at the top of your screen to represent this, and if it falls to zero, you fail. You’re a ship of refugees fleeing a warmongering alien race – hope is all that’s keeping you going. And the army on your tail, of course. If they catch you, that’s another game over. You win by reaching the Forever Star, made out to be some kind of paradise in the cosmos.

There are three different play styles, which Kusters maintains are not difficulty settings, despite how much they sound like difficulty settings. “They're not difficulty levels, we don't refer to them as that. Because someone like yourself, you say you're a pause gamer [referring to the fact I like to pause my sim games when I’m building, sorry not sorry], maybe you want to play in chill mode. And that means that you won't actually have the Zutopans hot on your heels, maybe they're hardly ever going to be after you and you just have the ability to just sit there and build it out, spend your time in different systems and jump from place to place, right? 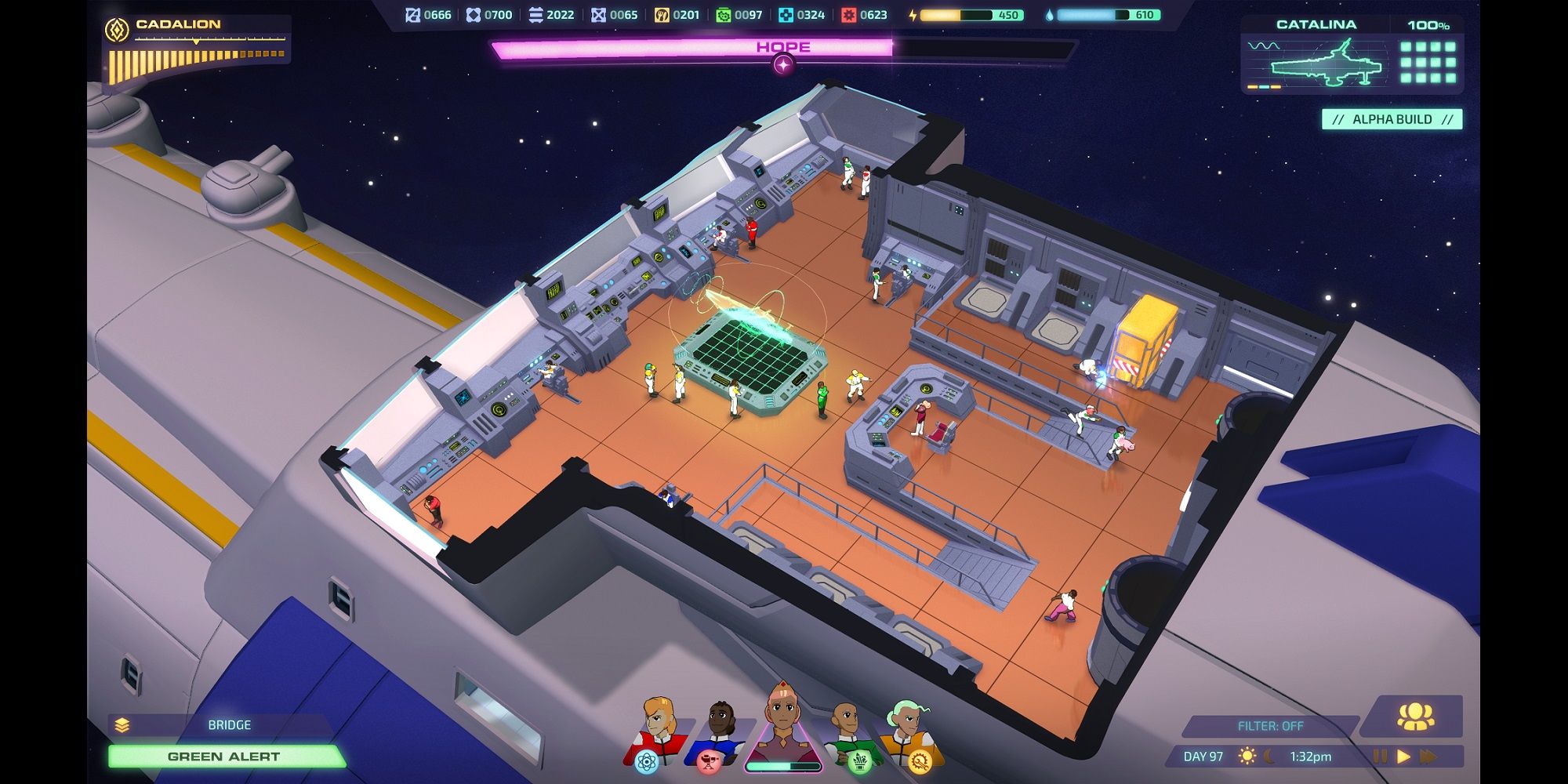 “And what you're moreso doing at that point in time is dealing with the crew dynamics, as opposed to worrying about the Zutopans. Then we've got focused, which is what we recommend, it's a balance of everything. And then there's frantic and you can imagine that's just problematic crew, Zutopans on your heels, et cetera, et cetera. And then of course, you can change the run length. So you can have a short, medium, or long run – long runs can go for 20 plus hours.”

As well as different styles, Jumplight Odyssey offers different modes, too. When you’ve completed a run and made it to the Forever Star, you unlock Endless Mode, which is exactly as it seems – keeping your starship going for as long as possible. Other modes also introduce the roguelite systems, as you unlock Memories that you can load into future runs. The example Kusters gives is meeting a pig NPC, called Ham. As is practically mandatory for games these days, you can pet him, but he also offers bonuses to your ship as a bona fide crewmate, and unlocks the Memory ‘The Princess and the Pig’. From then on, plugging that Memory in at the start of your subsequent runs unlocks Ham from the beginning.

Jumplight Odyssey launches in early access on PC in 2023, with v1.0 slated for 2024 for PS5, Xbox Series X, and Steam Deck. You can wishlist it on Steam now.