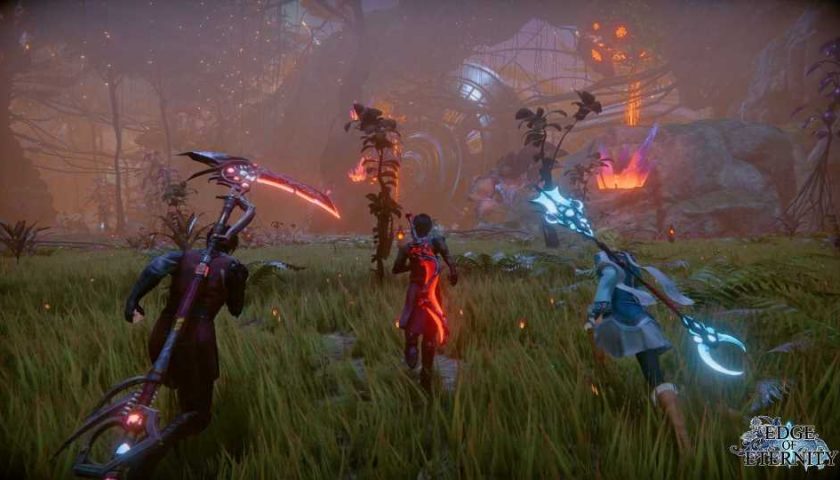 The JRPG Edge of Eternity launched on PC last summer. Developed by JRPG devotees Midgar Studio, the game was an ode to the unique genre, created by a small indie outfit who happen to love Japanese role-playing games.

Clearly inspired by the likes of Final Fantasy and Dragon Quest, Edge of Eternity closely follows the formula of turn-based battles, anime-style characters, magical creatures, and a fantastical world. The title received a middling 67 on Metacritic, however, but a recent patch helped to fix some of the game's issues while adding new content in the form of sidequests and monsters, among much else. For console owners, it has now been announced when Edge of Eternity will be arriving on these platforms.

Edge of Eternity is coming to PS4, PS5, Xbox Series X/S, and Xbox One on February 10, 2022. The game is also coming to the Nintendo Switch as a cloud version, which will land on February 23, 2022. These console versions will have all current updates, as well as future ones, including the major patches the PC version received.

In addition, all console versions and PC is set to feature all-new Japanese voice acting on February 10. This is quite the commitment from Midgar Studio, who are a small team based in the south of France, and shows again that they are huge fans of JRPGs. Midgar also worked with the soundtrack composer of Chrono Trigger and Xenoblade Chronicles, Yasunori Mitsuda, on the score for Edge of Eternity.

“Bringing this JRPG world to life has been a tremendous labour of love,” said Jeremy Zeler, Midgar Studio's founder. “I look forward to delivering this experience to the console players who have been so patient with our team. I think it’ll be worth the wait!”

In Edge Of Eternity, players follow protagonists Daryon and Selene in their quest to find a cure for the all-consuming Corrosion 'in a grand tale of hope and sacrifice.' A new trailer for the console release can be seen here.