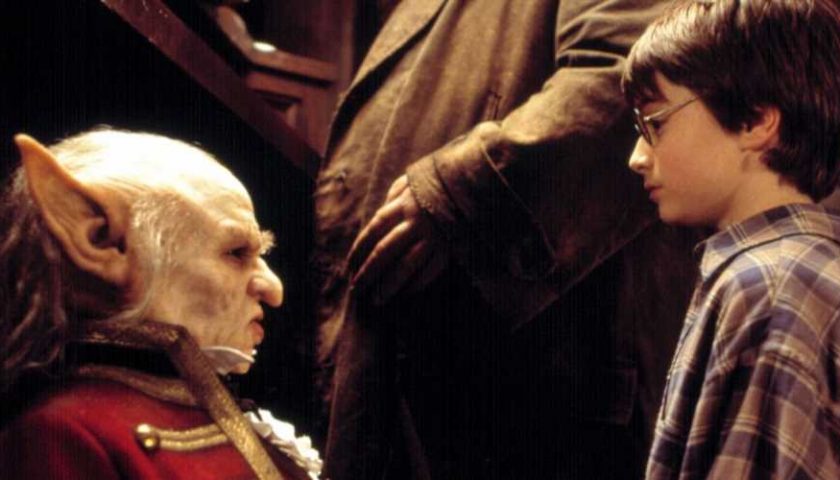 Another celebrity has turned against J.K. Rowling for her behaviour: Jon Stewart. The actor-comedian is slamming the author for her anti-Semitic depiction of the banker goblins in the Harry Potter films.

As reported by Variety, Stewart pointed out in last month's episode of his podcast, The Problem with Jon Stewart, that the goblins who run Gringotts Bank in the Wizarding World onscreen resemble the anti-Semitic caricatures in the 1903 book, The Protocols of the Elders of Zion. As a Jewish man himself, he said he was appalled at Rowling for portraying the goblins as such.

"Here's how you know where the Jews still are," Stewart said in the podcast. "Talking to people, here's what I say: Have you ever seen a Harry Potter movie? Have you ever seen the scenes in Gringotts Bank? Do you know what those folks who run the bank are? Jews! And they're like, 'Oh, [that illustration] is from Harry Potter!' And you're like, 'No, that's a caricature of a Jew from an anti-Semitic piece of literature.'"

"J.K. Rowling was like, 'Can we get these guys to run our bank?' It's a wizarding world…we can ride dragons, you can have a pet owl… but who should run the bank? Jews. But what if the teeth were sharper?"

The depiction of Goblins in Rowling's work has long been controversial, but there is one group defending the author. Campaign Against Antisemitism, a volunteer-run charity group dedicated to exposing anti-Semitism around the world, released a statement regarding the issue. It called Rowling a "tireless defender of the Jewish community in its fight against anti-Semitism, for which we are immensely grateful," and that goblins' appearance in the Harry Potter franchise "is of a piece of their portrayal in Western literature as a whole."

It's questionable that a charity has rushed to Rowling's defence, considering that she's been spewing out transphobic remarks over the last couple of years. Daniel Radcliffe, Emma Watson, and other Harry Potter cast and crew members have condemned her transphobic views to the point that she was not involved in the Harry Potter reunion special on HBO Max, but somehow she's still got a hand in the Fantastic Beasts spin-off series, with The Secrets of Dumbledore set to premiere on April 15.