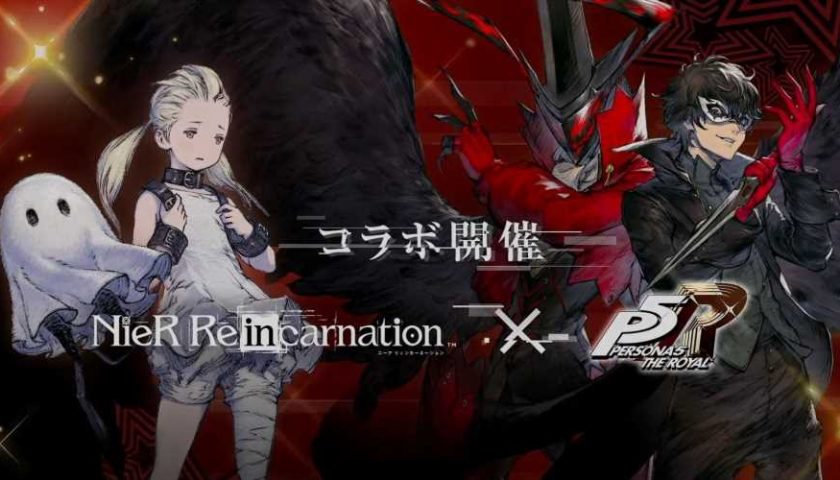 For those unaware, Nier Reincarnation is a free-to-play JRPG set in the Nier universe, but the main character’s situation allows for lots of stories to be told outside of Nier. The game was released worldwide with a Nier Automata crossover in August of last year where you could unlock 2B, A2, and 9S as characters, and then later held crossovers with Nier Replicant and Drakengard 3. Just last May, Reincarnation held a crossover event with Final Fantasy 14, but this latest Persona 5 crossover is the first time Reincarnation has branched to IP beyond Square Enix’s ownership.

The event will begin September 8 and allow players to unlock Joker, Makoto, and Yasuke. You can see the three in action in the short trailer released on the official Twitter account. If the crossover is anything like other Nier Reincarnation events, it’ll feature a short story to play through as well.

We don’t know how long this crossover will last, so be sure to log into Nier Reincarnation starting September 8.

Elsewhere in the world of Persona, Sega has released several new slot machines based on Persona 5. One is a slightly more compact pachislot where players match icons of in-game items, while the other comes in English and is a more traditional slot machine. Both feature characters and even cinematics from the game to grab the attention of players in typical slot machine fashion, but only one of them will let you cash out on the spot.

This is just the latest example of Sega trying to expand on Persona’s popularity. Earlier this year, Sega announced plans to bring Persona to TV and movies and said it was in conversations with producers and studios.