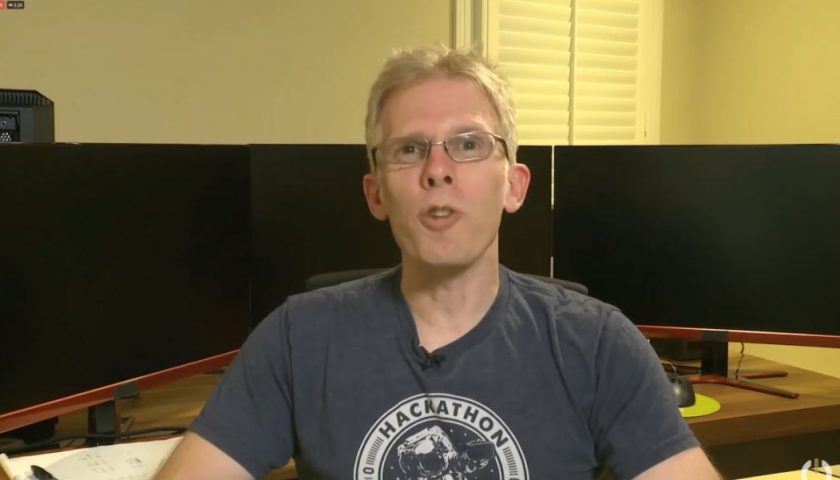 He’ll also have an unscripted talk inside VR at Meta’s Connect event.

Originally known for his early work on 3D games like the original Doom and Quake, Carmack helped build some of the earliest excitement for the Oculus system before he officially joined the startup and helped guide it as “CTO”. He’s been a huge proponent of mobile VR since the beginning and a driving force behind the work optimizing the Android operating system and smartphone-class processors or VR. In recent years, as Facebook and now Meta’s Quest pulled together great games around a compelling standalone feature set, his interest moved to developing true artificial general intelligence.

The update comes as Carmack took $20 million in investment for a company he calls Keen Technologies that’s focused around his AI effort. The update also comes ahead of details surrounding Meta’s next Connect event which typically includes a well-watched talk from Carmack chock full of insights into behind-the-scenes VR platform strategy. At last year’s event, for example, he pointed to Meta CEO Mark Zuckerberg’s effort to “build the metaverse” as a route that could see them “spend years and thousands of people possibly and wind up with things that didn’t contribute all that much to the ways that people are actually using the devices and hardware today.”

Carmack confirmed on Twitter in a reply to @SkarredGhost that he will be part of Meta’s latest Connect update. He also wrote on Twitter recently “I am continuing as a consultant with Meta on VR matters, devoting about 20% of my time there” and clarified in a different thread about focusing and discipline that “I have been officially ‘one day a week’ at Meta for a couple years now, but I still wound up checking in on groups and email every day, which was often a distraction when I should be concentrating on AI. Now I put my Meta laptop in the garage at the end of my VR day.”