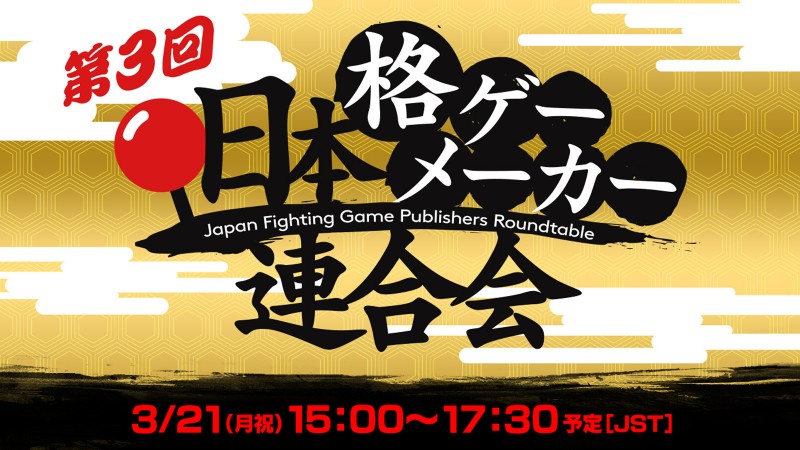 One of my favorite recently-created and thankfully recurring events is returning this month in the form of a third Japan Fighting Game Publishers Roundtable. Thanks to Fighters Generation, we know who’s scheduled to show up to the panel.

Traditionally, some of the companies involved bring some sort of news or update for their ongoing products or upcoming projects. Whether it be new character DLC plans being announced, the first look at a trailer, or plans for additional tournament support, these roundtables have provided something to get excited about in fighting games.

The confirmed guests for this roundtable include:

Considering the guests involved and the timeframe for known project timelines, we’re likely to get some character announcements for some games and even release dates for already announced fighters. The King of Fighters XV, which launched in February, is supposed to have its first team of DLC characters released in March. Team Garou featuring Garou Mark of Wolves characters Rock Howard, B. Jenet, and Gato may have an imminent release window soon after the developer summit.

Guilty Gear Strive similarly has one character left on its roadmap for season one. Given Arc System Work’s cadence of releases for this season, we’re bound for a revelation of who this fifth and final character might be.

As for the representatives from Arika, Capcom, Bandai Namco, and Sega, it’s unknown whether there’s anything to show. Their insight on development, especially in recent years, will be fascinating nonetheless. However, Sega is a new face to this gathering, and the release of Virtua Fighter 5: Ultimate Showdown last summer may have some follow-up news ripe for announcing.

The Japan Fighting Game Publishers Roundtable will occur on March 21 at 1 p.m. JST, which is 1 a.m. Central here at Game Informer HQ. The event will be streamed on the Arc System Works Twitch channel and the Virtua Fighter Official YouTube channel.