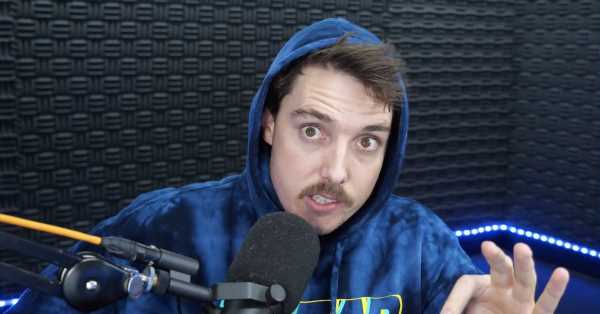 The past year and a half has been a landmark for video games. As the world shut down, the medium took on new relevance as games like Animal Crossing: New Horizons became a central way in which we relate with one another. Platforms like Twitch saw enormous growth, with viewers watching more than 1.8 billion hours of video in February 2021. Also, Mortal Kombat got another movie.

And by strange pandemic luck, Free Guy, from director Shawn Levy (Real Steel), is coming out in a time where it can build on 18 months of video game hype. Starring Ryan Reynolds as a nonplayable character from an open-world video game who breaks from the monotony of being a programmed character, the movie was developed at 20th Century Fox before the company’s acquisition by Disney, and was initially scheduled for the summer of 2020. As a comedy, Free Guy lives off of references to games like Grand Theft Auto, but among all the virtual jokes are some real people.

Free Guy features a veritable cadre of influencers from the gaming world itsel, like Tyler “Ninja” Blevins and Imane “Pokimane” Anys. Polygon spoke with three creators who appear in the movie: Seán “Jacksepticeye” McLoughlin, Lannan “LazarBeam” Eacott, and Daniel “DanTDM” Middleton, and asked them about the most common misconception they face when working with people outside of the gaming community: that working in video games content creation is easy.

McLoughlin is a massively popular YouTuber with a following of roughly 27 million subscribers. The streamer’s videos cover a wide range of content — he’ll make silly, shouty narrated videos about playing Resident Evil Village, and stream Among Us with popular creators like Corpse Husband. Polygon interviewed McLoughlin together with Daniel Middleton over Zoom.

Jacksepticeye is taking a break for a ‘little longer,’ but has plans to return

“I mean, certain aspects of [the job] are easier than some other jobs,” McLoughlin said. “But everyone thinks that it’s an easy thing where you turn on a camera and play games. […] I feel like there’s a lot more to it, like we’re always on. There’s a mental toll to it that people don’t realize. You have to do it for so long all the time. We’re one-man armies most of the time. It’s a lot more complex than I think people think it is.”

Daniel Middleton hails from the Minecraft world. While his channel has been big since 2015, he’s continued to make videos and has even appeared on the infamous Dream SMP server. Middleton affirmed McLoughlin’s point and added a different observation.

“Maybe just the space is quite negative. I feel like it has that kind of reputation, when really, it’s only a very small percentage of the online world and the audience that is toxic, and that is easily either controlled or ignored,” Middleton said. “I think that’s a massive misconception, that there’s trolls and toxic people everywhere. It’s not the case. Some of the nicest people out there, I’ve met through gaming, YouTube, and streaming.”

Lannan Eacott comes from another enormous world in games: Fortnite. The Australian creator has since gone on to do a variety of streaming that covers fun mods in games and memes — a lot of which has a comedic bent. Like the others, he has faced the misconception that his work isn’t particularly difficult.

“[Some people think] you just wake up like, Oh, 10 minutes of recording a video, send it off to someone, done for the day,” Eacott said. “It’s more of a lifestyle. It’s more like your entire existence. I can’t remember the last day I felt relaxed. It was probably a decade ago, where I wasn’t stressing about something or the comments people make. […] I think that is my biggest problem with people’s perception: that it’s easy. I’m not saying it’s the hardest thing in the world, but it does have its challenges.”

Polygon followed up by asking Eacott how much work goes into a single video.

“When I first blew up, when Fortnite was in its heyday, I would sleep, like, three to four hours a night and work every day, and edit the video, try and come up with something, or [in the] morning, film for five hours, edit for six hours, do a thumbnail, and talk for two hours, and then go to bed and wake up and do it again every day,” said Eacott.

For those more familiar with the industry, making content about games — or making the games themselves — is no easy feat. As early as 2018, streamers opened up about how difficult it can be to keep up with the constant churn of content. As public awareness of gaming itself grows, the hope remains that we can keep in mind just how much work it takes to make the media we love.