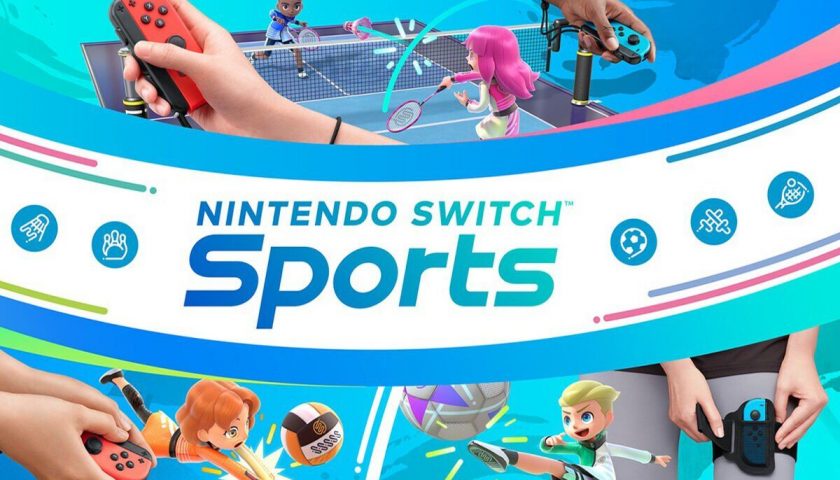 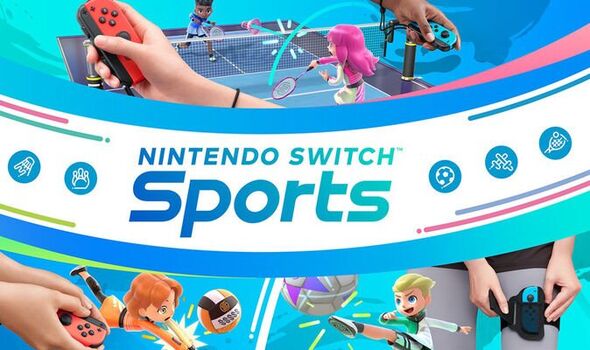 There was a period of time when it seemed like everybody had a Nintendo Wii, even people who didn’t particularly like video games. Nintendo won the hearts and minds of the general public with games like Wii Sports, which were so simple that even your gran could play. A whopping 16 years later and Nintendo is back with another sequel, this time called Nintendo Switch Sports. Can Nintendo Switch Sports go toe-to-toe with the original games in the series? Read our review to find out…

Nintendo Switch Sports launches with six different sporting events, including fan favourites like Tennis and Bowling, as well as brand new activities such as Football (soccer), Volleyball, and Badminton.

That’s on top of Chambara – which is similar to the swordplay found in Wii Sports Resort – and Golf, the latter of which will launch as free DLC this summer.

On the plus side, while some of the activities are more fun than others, there’s not a complete dud within the group.

Volleyball is probably the least appealing game in the package, largely thanks to its slower paced action, unintuitive controls and lack of options.

Like every other game in Nintendo Switch Sports, it’s better played with friends, but it’s also the hardest to get the hang of. This learning curve is fine when playing solo, but kind of off-putting when playing with someone who doesn’t usually play video games.

On the other end of the scale is Badminton, which features punchy, fast-paced action, and plays exactly how you would expect it to.

Sadly, like Volleyball, Badminton is let down by a lack of options, featuring one-on-one singles action only.

The lack of options and extras is something that really hurts the overall experience, although based on its recent track record, there’s a good chance Nintendo will drop a handful of free content updates in the future.

It’s a shame, because when party-style games are included – Bowling’s Special Mode, for example – they make a big difference.

While it’s a bit too easy compared to the real thing, Bowling is one of the best games of the package, partly because it’s so easy to pick up and play. The obstacle-laden Special Mode, meanwhile, gives seasoned users a reason to keep coming back.

Though not the worst game in Nintendo Switch Sports, I was a little disappointed with Tennis. For starters, you’re forced to play Doubles, with a single-player controlling both members of the same team.

Worse still, the controls feel a little unresponsive, failing to register anything other than basic backhands and forehands. Unless I’m just really bad at Tennis, the timing also feels a little off – although it is something you can overcome.

Fortunately, if you don’t mind a pretty basic experience, Tennis is one of the more intuitive games, meaning anybody can pick it up in an instant. This level of accessibility cements its place as one of the better multiplayer experiences, despite the aforementioned faults.

Speaking of multiplayer, Nintendo Switch Sports does benefit from the ability to play with other people online.

It’s no replacement for having a group of players in the same room, but it’s infinitely more satisfying to beat a human opponent instead of the computer.

Ultimately, however, Nintendo Switch Sports isn’t really the kind of game you’ll want to play for hours on end, making online multiplayer more of an added bonus instead of a game-changing extra.

As for the other games, Chambara is actually quite good fun against a human opponent, especially when you successfully sucker them into making a wrong move.

I also enjoyed Soccer more than anticipated, even if a lot of time is spent chasing the ball just trying to get a kick. It’s not too dissimilar to Rocket League, only with a mix of motion and joystick controls. (And no vehicles, obviously.)

It’s a shallow experience – even with the bonus Shoot-Out mode for leg strap owners – but then that’s the overriding story of Nintendo Switch Sports.

Still, Nintendo Switch Sports remains an enjoyable game under the right circumstances, offering the same pick up and play action that made the original release such a huge hit.

Here’s hoping that with a few content updates and DLC drops, it can do for the Nintendo Switch what its predecessor did for the Wii.