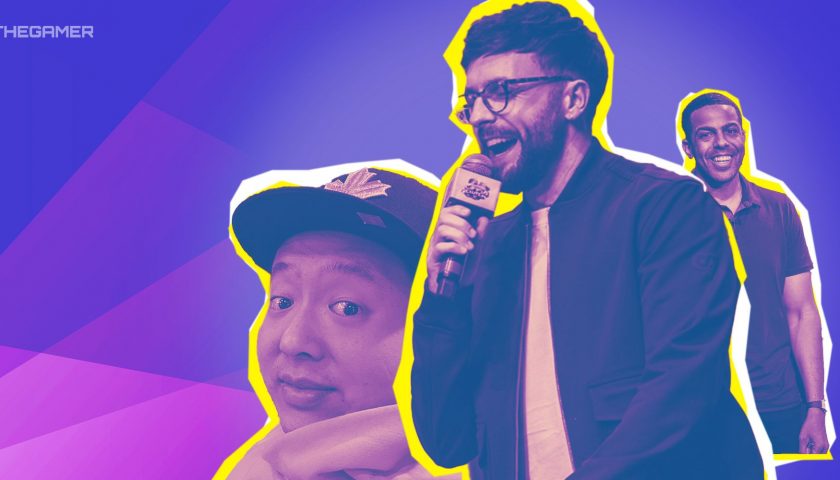 In December I went to São Paulo, Brazil, for the second Red Bull Campus Clutch Valorant esports tournament. It was my first ever esports tournament and I had no idea what to expect. I wasn’t much of a sports fan beforehand (electronic, or traditional), but during the event I was cheering along with all the other attendees. I was hooked, and I owe a lot of it to the commentators and hosts.

“It’s about the way you talk to them,” says Loviel ‘Velly’ Cardwell, a Gears of War pro turned esports host. “You have to be able to break things down very easily. I love barbershop talk, it’s very fun, it’s not just pure numbers. I put a lot of expression and emotion about how I feel about the way a player plays.”

That emotion is infectious, and the colloquial way the casters discuss the game helps even the most casual fans understand the complex, high-level plays on screen. Of course, a game like Valorant is all about rapid, twitchy movement, so you’ve also got to be able to explain the action quickly. 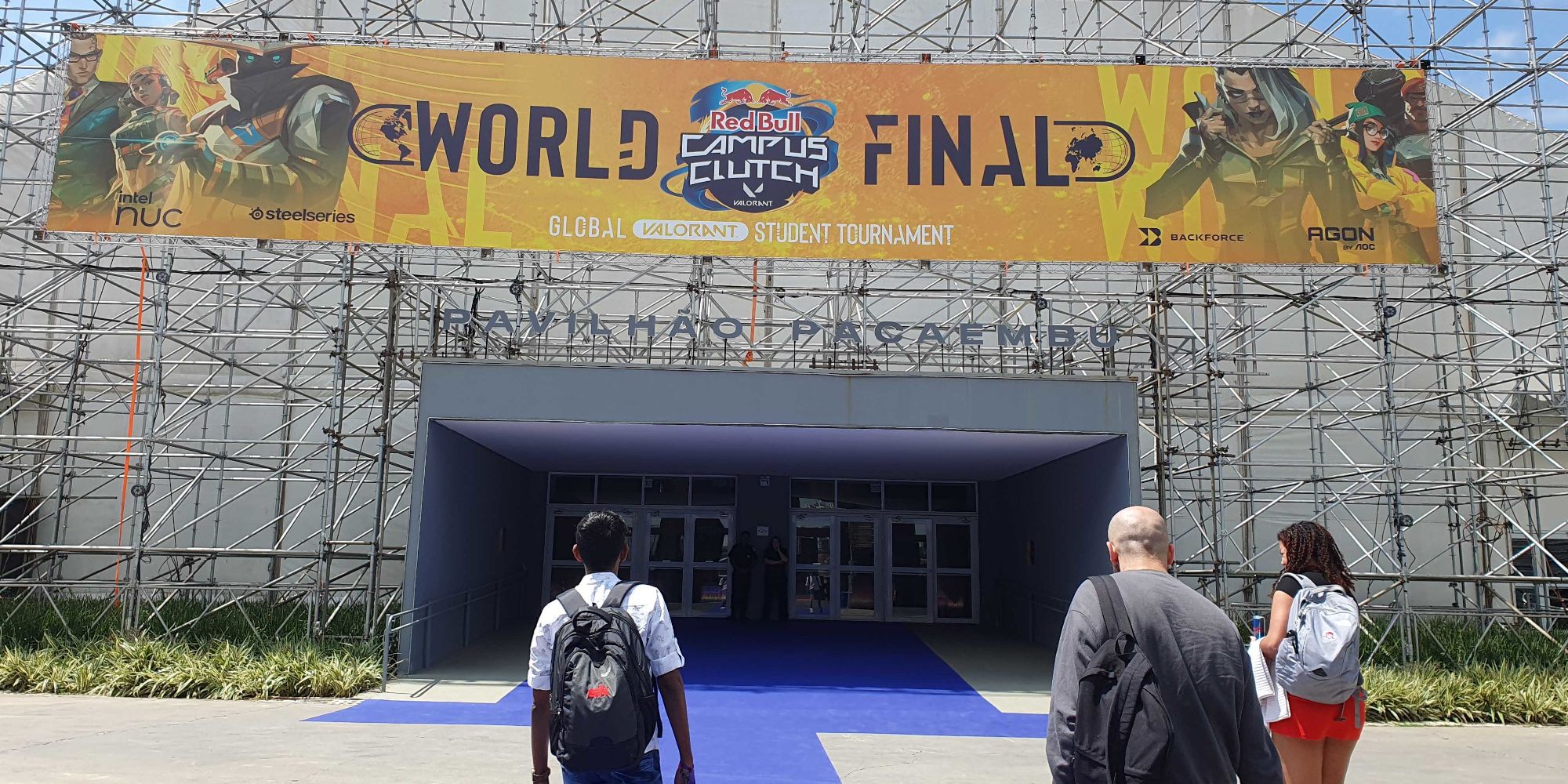 “You learn to be succinct with your words,” Iain Chambers, a radio and TV presenter tells me. “With radio, in between songs you tell a little story and you get straight to the point, otherwise people tune out. When I’m on a desk I like to be impactful with getting from A to B.”

But commentating hasn't always been like this. Alex ‘Vansilli’ Nguyen started commentating back in 2002, and he says the difference between then and now is “night and day.” Things began to improve “once we started treating this like a sport, a spectacle, a real show,” he explains. 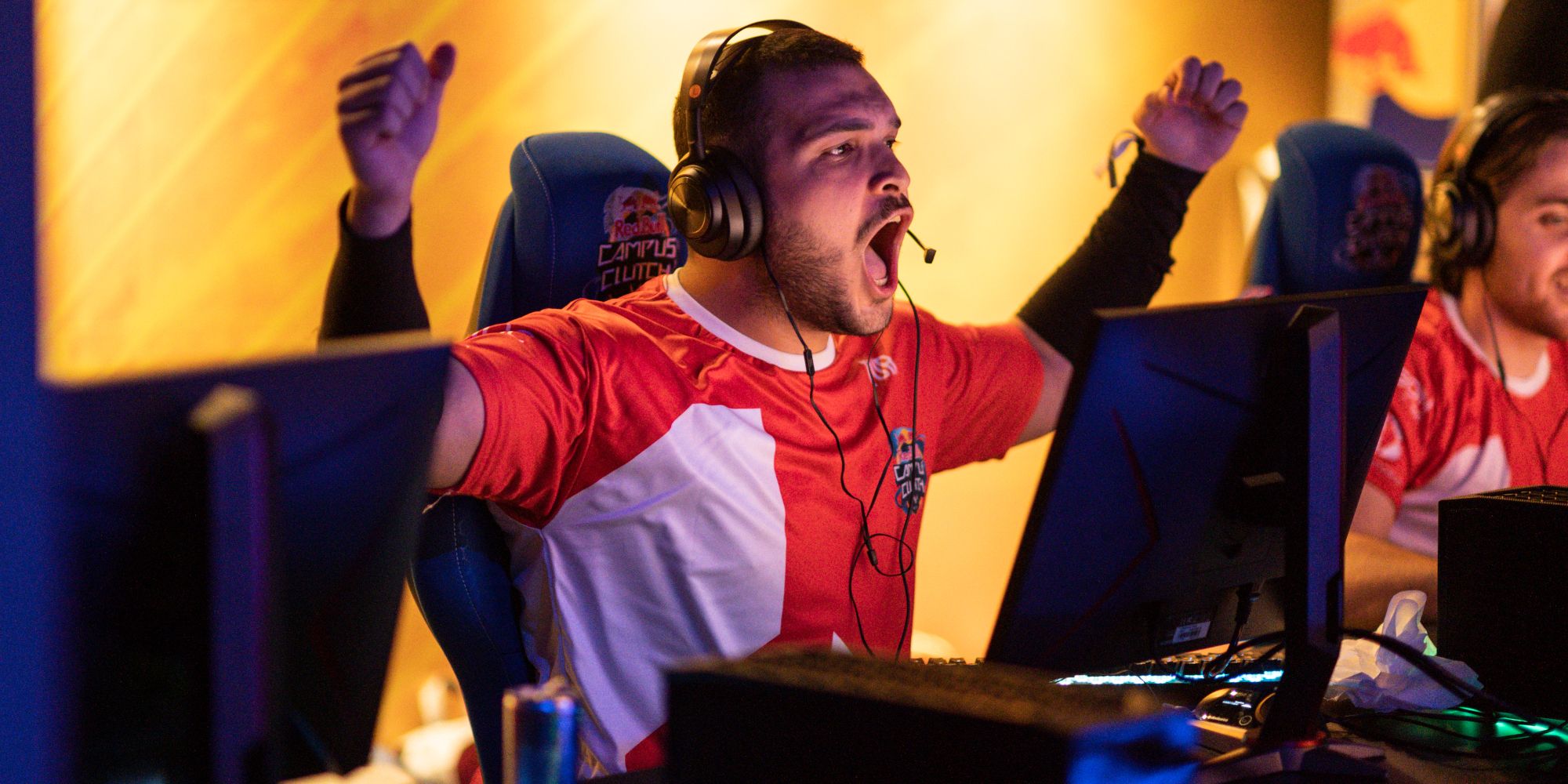 What makes each of these three so enticing to watch is the way they are unashamedly themselves while in front of a camera, which isn't always an easy thing to do. Chambers is from Hull, a city in North England, and he has a strong regional accent. “Coming up as a broadcaster, for the first five years, I had lecturers, bosses, colleagues, trying to get the accent out of me and I never wanted to do it,” he tells me. “I’ve always been proud of where I’m from. I got lucky in the sense that over the past couple of years regional accents became a bit more celebrated. I definitely pronounce my Ts a little bit better when I’m on stage and don’t use certain terminology, but it hasn’t been a hindrance. No matter where you’re from you should celebrate the way that you sound. The way that I speak is part of my identity.”

Criticisms can often be heavily racially coded too, as Velly discovered. “People on social media said they didn’t like me cause I sounded like I was commentating an NBA game,” Velly says. “I said, ‘Do you like it though?’ They said, ‘Yeah but we’re not used to it.’ Just because it’s different doesn’t mean it doesn’t belong.

“We work internationally. a lot of these people, they’re not around African Americans or the culture that we’re involved in. I’m here to educate the world one broadcast at a time. My first two years of commentary I tried to be like everyone else and wear the suit and tie. I tried to speak slow and proper and suppress my emotions. One day I showed up in a jean shirt. Then I unbuttoned the top button and wore a gold chain. I started talking like I was with my friends, barbershop talk like when we watch sports. Now you start to see it around esports. A lot of other people are starting to come out with this style and it’s beautiful to see. I went on a Riot broadcast in a Versace robe! Who does that? Gold chain out. Express yourself the way you want to. I do it for my culture, for people afraid to be themselves.” 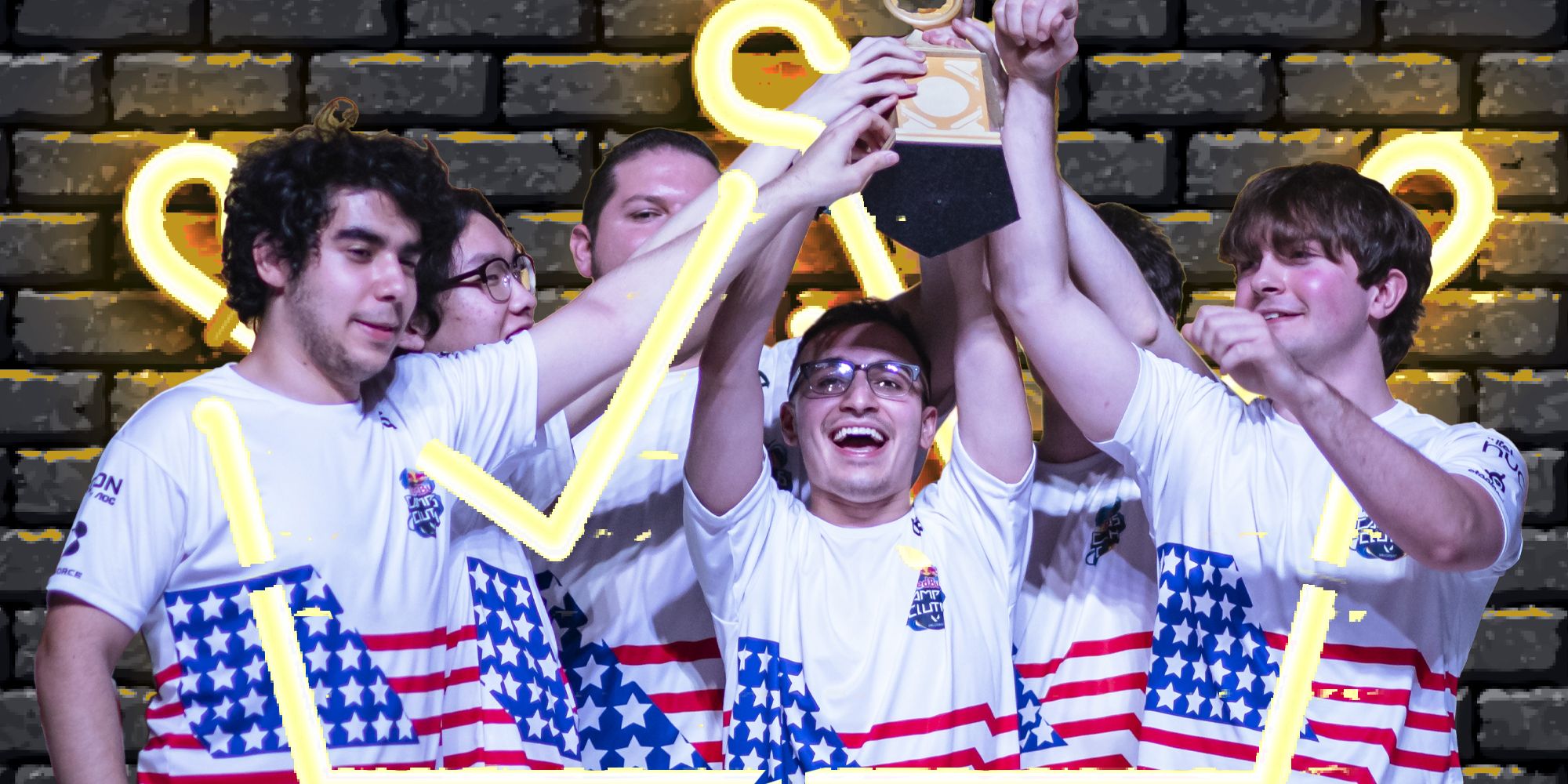 For Vansilli, some of the pressure was more internal, from imposter syndrome to parents who didn’t understand how people could make a career out of video games. “I was raised by what we would call Tiger Asian parents,” he laughs. “‘You gotta be a doctor. You gotta be an engineer. It's that tough love they want to raise you with. I get to talk to my dad today and he’s like, ‘I'm super proud of you with what you're able to do. Even though I have no idea what you're doing.’”

As well as his family now in full support, he’s happy to be able to represent people who look like him on a global scale. “When I was in Vietnam, I had people in that timezone DM me and be like, ‘Yo, it's so cool to see a Vietnamese caster up there doing the English broadcasts’, he tells me. “I feel that for a lot of the APAC casters when you're looking at the game changers, or even masters and whatnot within the VCTs or higher production overall that's global, a lot of the time there'll be people from Europe or North America. You won't really get somebody from Southeast Asia. I hope it's going to change in the next few years. It's a great start and a great opportunity because I have the Canadian/American accent with that face. Hopefully it's going to open up some more doors for the Southeast Asian casters that are aspiring to become a pro caster and to show that we fucking kick ass at what we do as well.” 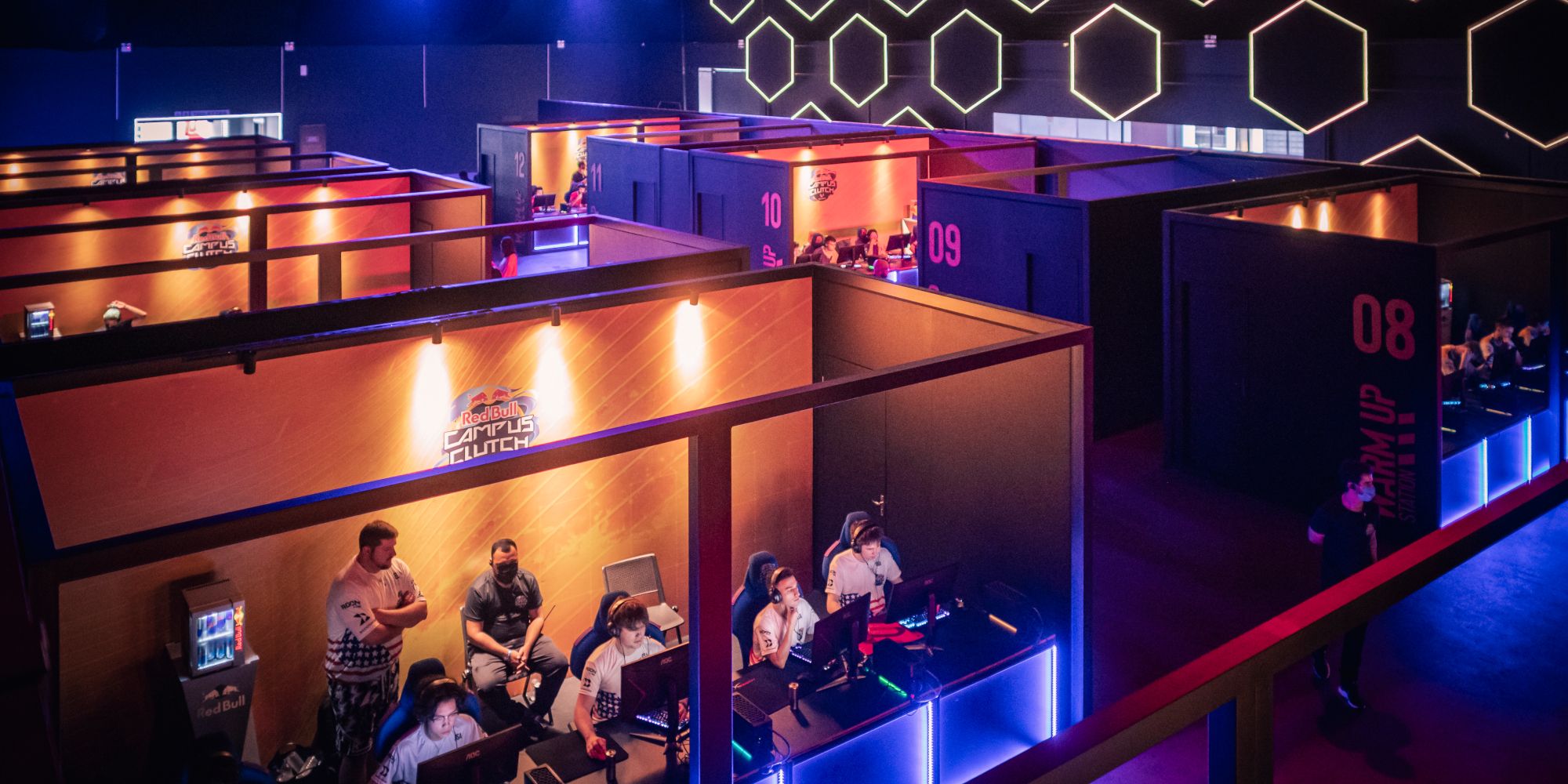 What I was most surprised by in all three was their drive to refine their craft. Despite hosting and commentating the finals, all are constantly striving to do better, be that through voice coaching or rewatching their own broadcasts to look for areas of improvement. None of them hog the limelight either; all are aware the tournaments are about more than just themselves.

Vansilli loves seeing how happy the college kids are. “When you're looking at the Red Bull Campus Clutch, [players say,] ‘My family's coming to see me and now they know what it's like to be a pro in video games. Hopefully they'll still support me after this run.’ That's what I loved about the Campus Clutch – it was a great way to feel included as a family that's trying to push eSports in a better direction.” 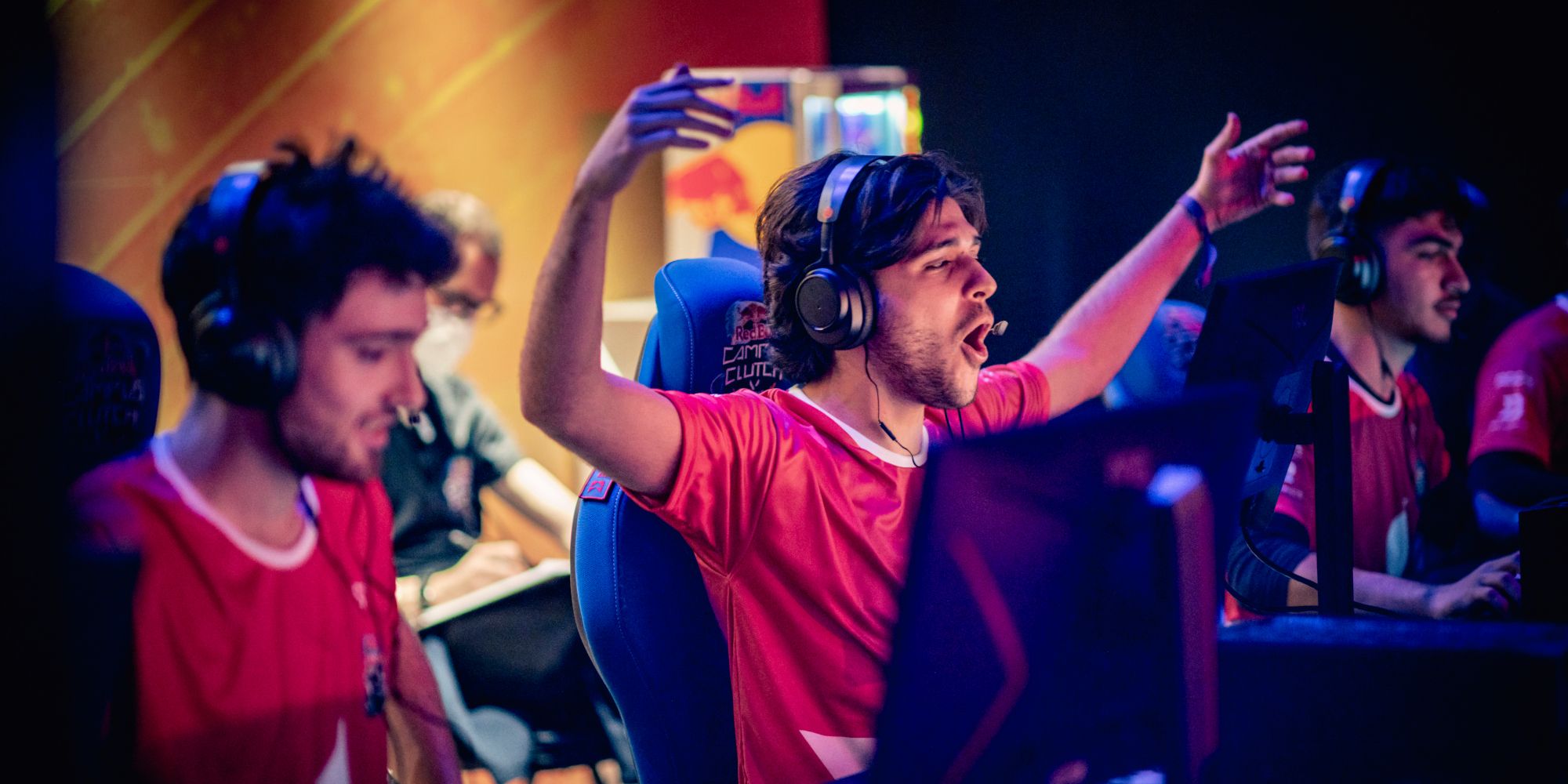 Iain Chambers says, “To be part of an event where you got 250 players that came out here, none of them are gonna forget that, and I was part of that as well.”

Velly also has a touching story to share about the first Campus Clutch. “Last year in Madrid, [a player] told me he’d never left the country before and I almost cried. These individuals out here would have never had this opportunity if it weren’t for the game that we love most, Valorant.” 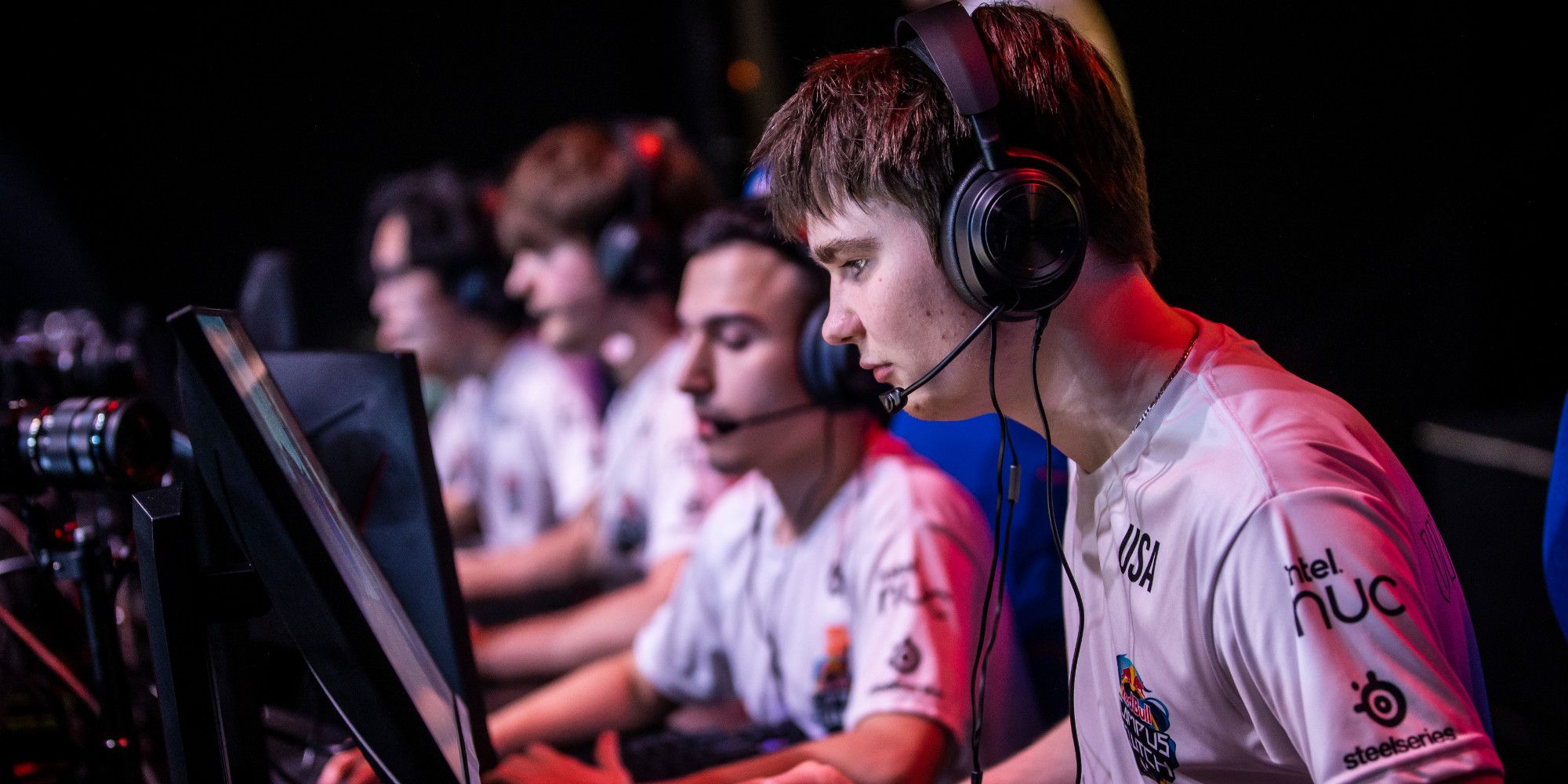 In an industry that’s so overwhelmingly White and middle class, it was a joy to go to an international event fronted by such diverse casters and hosts. It was heartwarming to see how comfortable they all were being themselves, as they’ve spent years learning how to be the best at what they do.