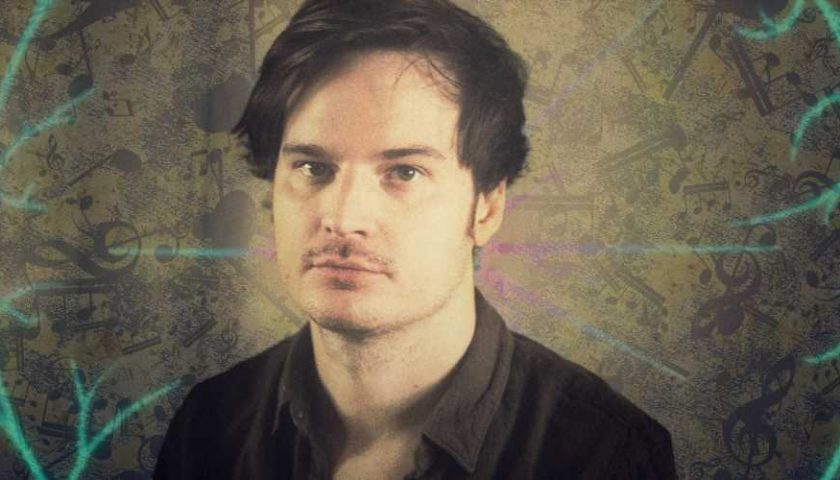 Have you ever heard those creepy recordings of sound waves from space? While there's no discernable message or tune, there's a certain eeriness to them that perfectly encapsulates the great unknown and our insignificance in comparison to it all. Now imagine all of that put into actual musical context, and you might just end up with the soundtrack for Outer Wilds, composed by Andrew Prahlow.

The game's micro solar system is made up of heavenly bodies that have their own gimmick. To someone whose knowledge of astrophysics comes from Interstellar, they seem like phenomena that could totally take place out there in the universe. They are unbelievable, abnormal, unnatural, physics-defying – but it's the music that brings that feeling of awe. And yet, at times there's a feeling of familiarity and comfort.

"With the Outer Wilds score, I wanted to have the connection we share with each other through music be a very important part of the game," says Prahlow. "I conveyed this with the Travelers around the campfire, the sense of the unknown and unfamiliarity in Echoes, and finally connecting the game’s lore to us in real life in The Lost Reels."

But space, after all, is terrifying. While there were enough scary moments in the base game, the Echoes of the Eye DLC added something the Traveler was yet to experience, true horror. Imagine you've gone about your whole life doing your own thing, only to realise you were being watched by an unseen eye all this time. That's the same sinking feeling you get when you first discover The Stranger, a cloaked space station that's been watching the system since before your time.

You've suddenly gone from a system you know every secret about into uncharted territory, and Prahlow aimed to capture that very feeling. "Starting off Echoes [of the Eye] with a terrifying sense of the unknown was very exciting, and I feel like it is an introduction to the emotional shifting that Echoes has throughout the storyline."

While the DLC evoked similar emotions to the base game, it certainly had more layers to it. Translating this into music would be a big challenge, but Prahlow knew just how to tackle it. "It still has the heart of Outer Wilds within it, but it was different enough to where musically and gameplay-wise, we could create a new ‘genre’ of Outer Wilds in many different ways," he explains. "It truly opened up many chances to be very creative and branch out from the original title. Throughout the soundtrack, I begin to slowly orchestrate in the new instruments and concepts that represent all of Echoes so it’s not just a huge jump between genres."

One of the most heartbreaking things about Outer Wilds is that you can't replay it. Since progress is tied to knowledge and discovery, the thrill will never be the same on a second playthrough. Meaning, this little solar system, the friends we made along the way, and all the mysteries must be bid goodbye. Much like how we said goodbye to Outer Wilds in this manner, Prahlow too wanted to bid farewell to a project he worked on for almost decade. He did so via six new tracks called The Lost Reels.

"It was really hard to let go of this world since I had been living in it for so long, and writing The Lost Reels was therapeutic in a lot of ways," Prahlow says. "When I started composing The Lost Reels, it was freeing in many ways. I was able to reflect and approach the game as an album, and share my thoughts and goodbyes to the community that we’ve created together through this game and the music."

They say your life flashes in front of your eyes when you know death is coming. Key decisions that directed your path, regrets, cherished memories, it all comes back to you in those last few moments. That happens a lot in Outer Wilds, at the end of every loop in fact. While I haven't almost died in real life, I suspect there's a sense of calm and acceptance when you know it's coming – and that's exactly what Prahlow wanted us to feel in the game as well, rather than a chaotic dash to complete objectives.

"I wanted the music to feel like an acceptance of your fate, as the sun exploding is inevitable, and another loop brings you back to a fresh start on Timber Hearth," he explains, and that's just what the End Times track does. You may be falling through cracks on Brittle Hollow, fighting the tides on Giant's Deep, or still just roasting marshmallows on Timber Hearth, but when you hear those first notes that signal the end, rather than rushing, you tend to slow down and just let it happen. I'm certain every Traveler has at some point stopped everything they were doing just to watch the sun explode, and maybe even shed a tear.