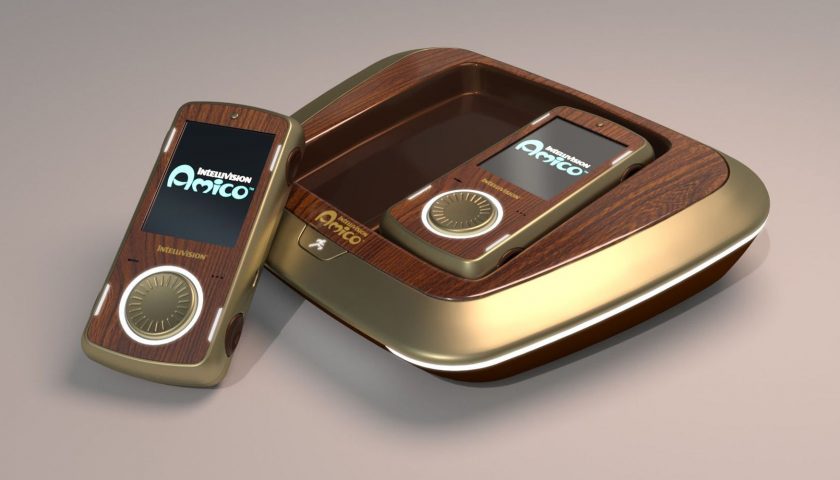 To put it lightly, the Intellivision Amico has had a bit of a weird time of it since its announcement in 2018. It's been delayed multiple times and even seen a CEO leave the company. Well, fear not, because the current CEO has assured everyone the company is "still working on the console."

Speaking to IGN, CEO Phil Adam tried to put to bed rumours that Amico development had ceased. This round of rumours was spurred on by the apparent abandonment of the Amico trademark. However, Adam blamed the United States Patent and Trademark Office, saying it "is usually pretty slow in updating."

Intellivision's new Amico console has been touted as a family-friendly console that will only contain games suitable for all in its library. Much like the Nintendo Switch, it is set to feature touchscreen controllers that dock with the console for charging. It looks like a telephone set from an old sci-fi movie.

Originally set to launch in October 2018, the development of the Amico has been rough for a while now. It was slated to have 17 exclusive games back in 2019, but since then it's been delayed several times.

Preorders for the console went live in January 2020, and the $300 founder's edition sold out in about a day, showing people were still very interested in it back then.

In August 2021, the console was delayed into what was supposed to be late that year, it's now slated for sometime this year, though people are skeptical. Supply chain issues caused by the Covid-19 Pandemic have undoubtedly made development more challenging, but people are sick of waiting.

Many people who had preordered have requested refunds, and Intellivision has laid off a "significant" amount of staff in order to keep operating costs down as development drags on. But, drag on it does, if the current CEO is to be believed.

In other strange console news, an NFT console has been announced and swiftly mocked by all and sundry.