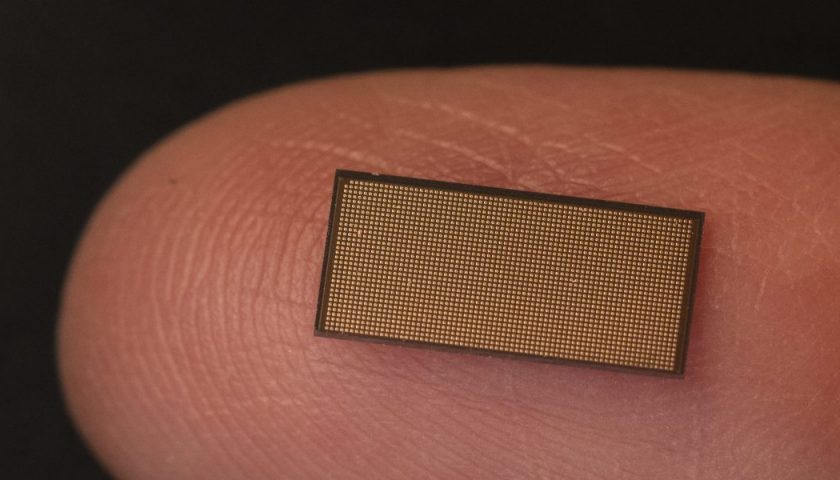 Intel today announced a major update to its neuromorphic computing program, including a second-generation chip called Loihi 2 and Lava, an open-source framework for developing “neuro-inspired” applications. The company is now offering two Loihi 2-based neuromorphic systems — Oheo Gulch and Kapoho Point — through a cloud service to members of the Intel Neuromorphic Research Community (INRC) and Lava via GitHub for free.

Along with Intel, researchers at IBM, HP, MIT, Purdue, and Stanford hope to leverage neuromorphic computing — circuits that mimic the human nervous system’s biology — to develop supercomputers 1,000 times more powerful than any today. Custom-designed neuromorphic chips excel at constraint satisfaction problems, which require evaluating a large number of potential solutions to identify the one or few that satisfy specific constraints. They’ve also been shown to rapidly identify the shortest paths in graphs and perform approximate image searches, as well as mathematically optimizing specific objectives over time in real-world optimization problems.

Intel recently demonstrated that the chips can be used to “teach” an AI model to distinguish between 10 different scents, control a robotic assistive arm for wheelchairs, and power touch-sensing robotic “skin.”

Intel says that Loihi 2 incorporates learnings from three years of use with the first-generation Loihi chip, building on progress in Intel’s process technology and asynchronous design methods. Packing up to one million “neurons” per chip, Loihi 2, which is fabricated with a pre-production version of the Intel 4 process, is up to 10 times faster than Loihi with 15 times greater resource density and better energy efficiency.

Early tests show a 60 times reduction in operations per inference on Loihi 2 compared to standard AI models running on Loihi without a loss in accuracy, according to Intel director of neuromorphic computing Mike Davies. “Loihi 2 … harvest[s] insights from several years of collaborative research using Loihi,” Davies added in a statement. “Our second-generation chip greatly improves the speed, programmability, and capacity of neuromorphic processing, broadening its usages in power and latency constrained intelligent computing applications.”

As for Lava, Intel says that it addresses the need for a common software framework in the neuromorphic research community. Lava allows researchers and application developers to converge on a common set of tools, methods, and libraries, with software that runs on both conventional and neuromorphic processors and interoperates with existing AI, neuromorphic, and robotics tools. Using Lava, developers can build neuromorphic applications without access to specialized hardware and contribute to the Lava code base, for example porting it to run on other platforms.

INRC, the ecosystem of over 150 academic groups, government labs, research institutions, and companies founded in 2018 to further neuromorphic computing, claim to have achieved breakthroughs in applying neuromorphic hardware to an array of applications, from voice recognition to autonomous drone navigation. Some members of the INRC see business use cases for chips like Loihi. For example, Lenovo, Logitech, Mercedes-Benz, and Prophesee hope to apply it to enable things like more efficient and adaptive robotics and rapid search of databases for similar content.

Last year, Accenture tested the ability to recognize voice commands on Loihi versus a standard graphics card and found the chip was up to 1,000 times more energy efficient and responded up to 200 milliseconds faster. Mercedes-Benz is exploring how Accenture’s results could apply to real-world scenarios, such as adding new voice commands to in-vehicle infotainment systems. Meanwhile, other Intel partners are investigating how Loihi could be used in products like interactive smart homes and touchless displays.

In October 2020, Intel inked a three-year agreement with Sandia National Laboratories to explore the value of neuromorphic computing for scaled-up AI problems as a part of the U.S. Department of Energy’s (DOE) Advanced Scientific Computing Research program. In related news, the company recently entered into an agreement with Argonne National Laboratory to develop and design microelectronics technologies such as exascale, neuromorphic, and quantum computing.