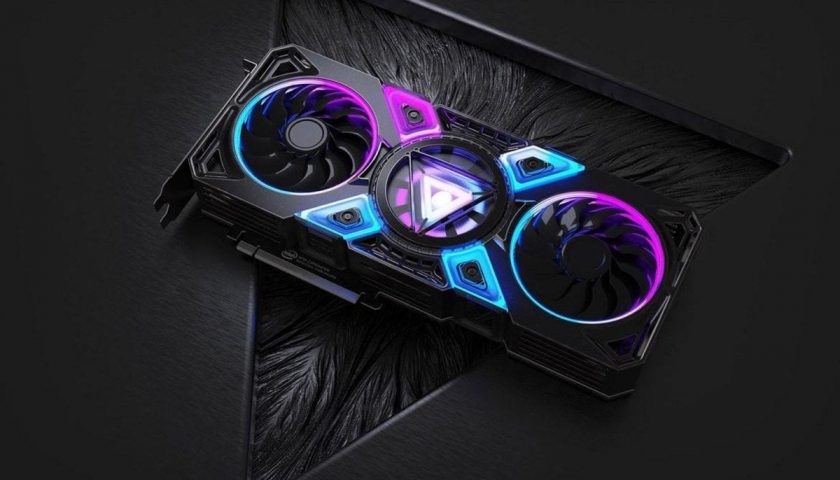 Intel Arc will be the company’s first high-end gaming GPU. Will it succeed against the formidable competition from Nvidia and AMD? Start the debate with these fundamental ingredients for success that Intel should follow—starting with a good name.

Get a better name

You need a good name to win, which Intel has already with the official branding of “Arc” for the GPU and software around its consumer GPUs.

That’s way better than Arc’s codename of “DG2 Xe-HPG,” which frankly looks like a cat ran across my keyboard. Arc is a whole lot easier to remember. Even better, it takes up only three characters, so there’s more room to argue on Twitter about it.

Fix the boring code names, too

With GPUs, you’re nothing without cool-sounding code names. With Alchemist (Xe-HPG), Battlemage, Celestial, and Druid, Intel is finally playing it right.

Intel has a sad history with names. Its CPUs, chipsets, and the like typically use some randomly chosen lake, river, or geographic spot located near the team that developed it. Believe it or not, they’re usually chosen to be intentionally bland and cryptic.

With GPUs, it’s chic to have a cool code name such as Navi, Polaris, Ampere, or Pascal. Intel takes it up one more notch with what looks like character classes from a game. Nothing says nerdy but also hip like “Druid” as a GPU code name, right? It’s certainly better than “Sacramento River” (that one’s still open, Intel).

Breaking into the graphics game has long been risky because of the relentless onslaught from Nvidia and AMD. Shipping a GPU that can’t match those two means you’re a loser from day one.

With Alchemist, the first Arc GPU, it’s been hinted that performance is about “20X” that of the original Intel Crystal Well graphics. By our estimations, that could put it in the range of a GeForce RTX 3070.

That’s far short of Nvidia and AMD’s best or even second-best. But this time, it just may not matter at all, even if Intel’s best discrete GPU duels with Nvidia’s 5th-tier GPU and AMD’s 3rd-tier GPU. For the first time in the history of PC gaming, being faster isn’t the only thing that matters for GPUs. It’s also about being able to buy it.

The most important thing to gamers right now isn’t how fast your new GPU is—it’s about being able to buy one. In a world where people pay MSRP for a five-year-old used graphics card, being able to buy an Arc GPU is enough to make it a raging success. So yes Intel, just ship it, and ship it on time, to win.

I’m actually sad Arc won’t ship this holiday—we have to wait until Q1 of 2022. It doesn’t look like the GPU supply will improve by then, but six months is a long time. God forbid Arc gets delayed any further, giving Nvidia and AMD more time to build up supplies. If by March, you have a choice between AMD, Intel, or Nvidia GPUs, the conversation will go back to performance, performance, performance—not just having a pulse.

The fact that people will pay above MSRP for used graphics cards might tempt Intel to price it for “what the market will bear.” If the GPU drought is still bad in early 2022, then yes, charging the price of a GeForce RTX 3070 for the first Arc will likely mean the cards will still sell—and likely sell out. But that doesn’t build brand loyalty nor excitement.

Intel has long had to deal with Nvidia and AMD disrupting its key businesses, so why not take the time to play a little payback and finally screw up their game? That means taking a slight loss or less profit on the cards to win the optics war of looking like Intel GPUs are the PC gamer’s best friend.

Intel has long had a one-stop-shop approach to business, so companies can buy the CPU, the chipset, the Wi-Fi controller in a bundled deal. Hey, so why not buy the GPU too? That makes great business sense and locks in PC makers happy to get supplies of GPUs.

Unfortunately, starved PC gamers would only be enraged by such a move. Getting as many GPUs into the hands of gamers directly will make Intel everyone’s hero and pay off dividends in the long run by making people believers.

Get the drivers right

Intel actually has a long driver history with gamers—it’s just never been a good history. Having a reputation for reliable, high-performance drivers that fix bugs immediately, not three months from now, is as important as the hardware itself.

If Alchemist ships as a winning story early next year—don’t get off the gas. Nvidia and AMD execute on new GPUs with the reliability of a Casio G-ShockRemove non-product link sports watch. With a new competitor, both will likely step it up even more so.

The execution of Battlemage, Celestial, and Druid will matter as well. Gamers will see slipped launches as failure. Intel has apparently already locked in access to leading-edge manufacturing (at TSMC, no less) so it looks like Intel is planning ahead.