Intel took the wraps off its not-so-secret central processing units (CPUs) code-named Tiger Lake, built with a 10-nanometer manufacturing process. It may has well been called Tiger Leak.

The 11th Generation Intel Core Processor models include the Intel Core i7-1185G7 chip, with a base 3GHz frequency that can be boosted to 4.8GHz. The Santa Clara, California-based company has dual-core and quad-core variants in the new family, which will be used in high-powered laptops coming this fall.

Intel is also unveiling the Intel Xe 12th Gen integrated graphics processing unit (GPU), which replaces the Iris Plus integrated GPU. It has improved AI performance, Thunderbolt 4 input-output, and software optimizations. Intel said it has 20% better CPU performance and two times the graphics performance than the previous generation. With the integrated GPU, Intel said it can deliver frame rates in games that are two times faster than previous models. All told, there are nine new Tiger Lake chips.

The chips are the top of the line for now as Intel faces severe competition from rival Advanced Micro Devices, which uses external producers such as TSMC to make its chips and is making historic market share gains. Intel normally makes its own chips, and it is rumored to be talking to TSMC for contract manufacturing, but that deal won’t come in time for Tiger Lake.

Intel showed off laptops from Acer, Dell, HP, Lenovo, and Samsung. The company said it will have 50 more by the holidays and 150 designs for laptops overall. Intel showed its processor with Xe graphics could beat a machine running Adobe Photoshop on AMD’s 4800U processor, taking only 40 seconds to do a task that AMD took two minutes to do, said Ksenia Chistyakova, Intel producer marketing engineer. Intel also showed the integrated GPU will raise the bar for base performance for a laptop in running games compared to AMD and Nvidia discrete graphics. (It wasn’t clear if Intel was making fair comparisons, without a lot of detail described in the tests). 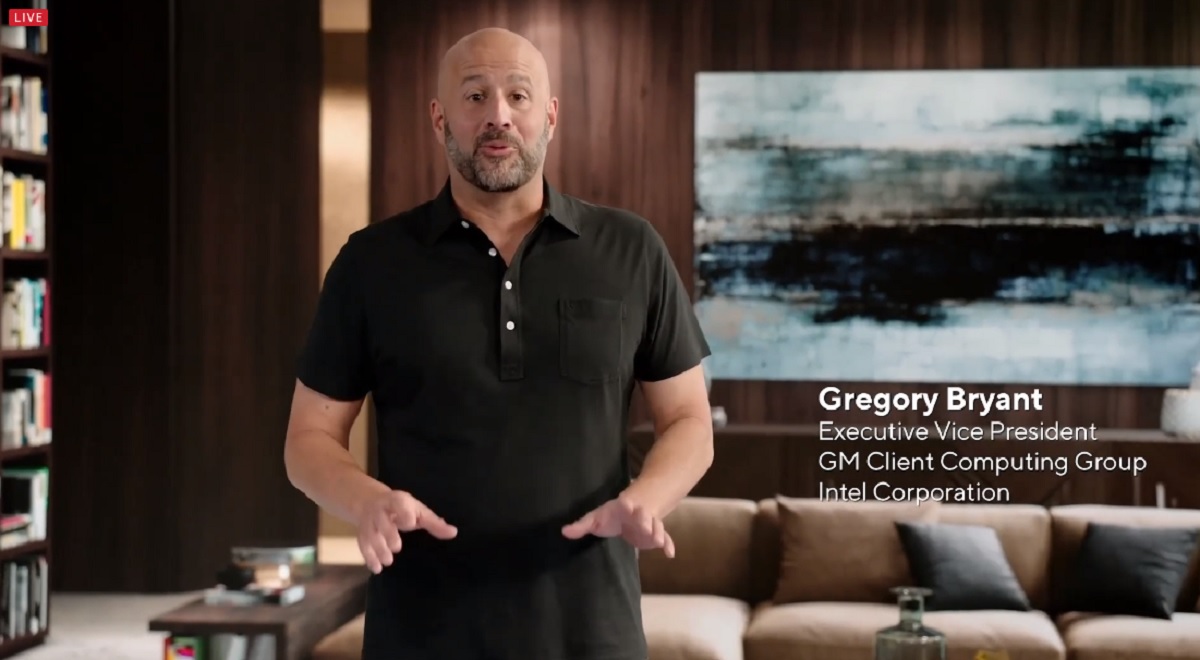 In July, Intel acknowledged it ran into delays in ramping up its 7-nanometer manufacturing plants. Intel said it is accelerating its transition to 10-nanometer but that its next-generation manufacturing — which would deliver higher production, faster chips, and lower costs — has been delayed. The company’s 7-nanometer-based CPU product timing is shifting approximately six months relative to prior expectations. The primary driver is the yield of Intel’s 7-nanometer process, which is now trending a year behind the company’s internal targets, based on recent data.

With a 7-nanometer process, the width between circuits is 7 nanometers (a nanometer is a billionth of a meter). By moving from 10-nanometer to 7-nanometer manufacturing, Intel can miniaturize its circuits, cut costs, and speed up performance and production. Intel had a similar delay when it transitioned from 14-nanometer chips to 10-nanometer chips. 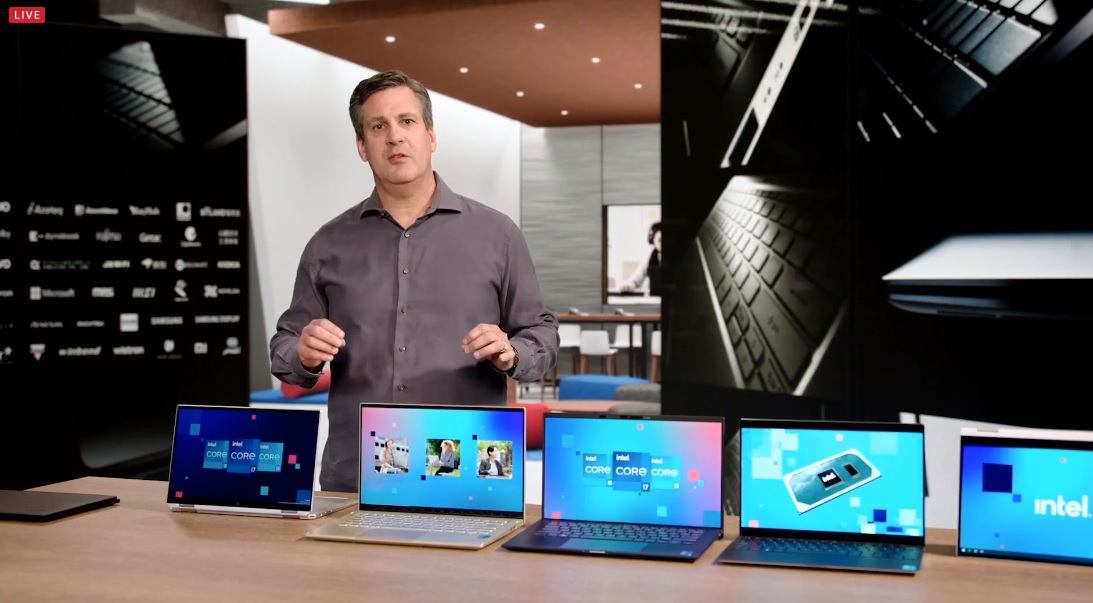 AMD was able to exploit that previous gaffe by using external chip producers, and it pulled ahead in the processor performance battles. Bryant said 90% of graphics sold last year were integrated solutions.

Chistyakova said the laptops coming will have ultrathin and ultralight designs. Dynabook has a 13.3-inch model, the Portege X30W-J, that weighs 1.9 pounds. Among the improvements users will see: consistent responsiveness on battery life, the system waking up from sleep mode in less than a second, four-hour charges in under 30 minutes on systems with FHD displays, and nine hours of real-world battery life on systems with FHD displays. The new systems should be 20% faster on office productivity apps versus the competition, as well as 2.7 times faster photo editing and two times faster video editing, Intel said.