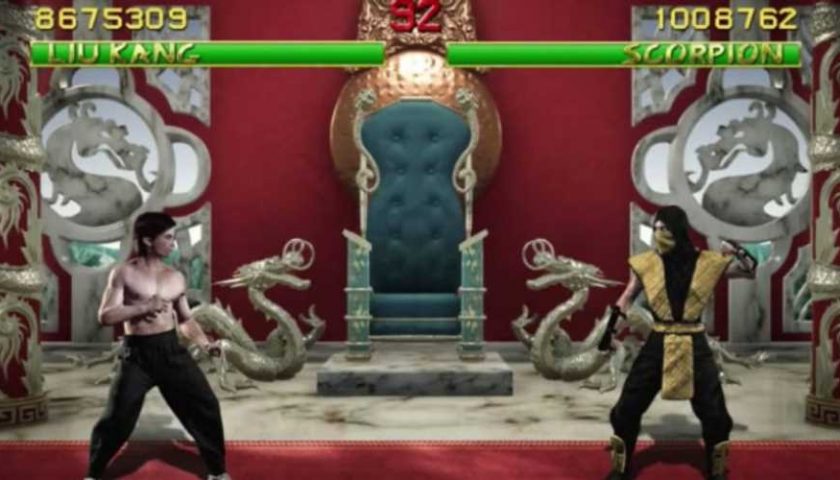 Earlier this week, we reported that a fan-made remake of the original Mortal Kombat trilogy is in development. Now, the head of the project sheds some light on what the game's production would entail, including how the often-requested remake would be funded.

Joe Tresca, CEO of developer Eyeballistic, tells TheGamer that the team has a roadmap on how to make Mortal Kombat 4K a reality. This involves getting enough support from fans to get Warner Bros'. attention, and also calling on some sources within NetherRealm, who are said to privately support the fan-remake.

Tresca says development has been underway for some years, and first caught the attention of NetherRealm in 2016.

"Shaun (Himmerick, studio head) was the one who reached out to me back in 2016 wanting to talk after seeing some of the work we were doing back then for Mortal Kombat HD", Tresca explains. The project didn't last long however, "WB told our team that they thought the project would cost upwards of $3.2M to produce and that only 100,000 people would buy the game even at $19.99 when we pitched the MK1 remake".

Since then, Eyeballistic has gone from a group of Mortal Kombat fans to a full-fledged developer. It has worked on other games since 2016, something which Tresca believes improves their chances this time around. The team has cost development themselves, and their estimate – for the whole trilogy rather than just the first game – differs greatly from what Warner Bros. came up with.

"We’d need about $1-$1.5M. My plan is to convince WB executives to allow me to run a crowdsourcing campaign. We’d shoot for a healthy crowdsource goal of $200,000-$300,000", Tresca says. "If enough fans put their money where their mouths are we should reach that goal and it’ll automatically kick in that WB would fund the remaining cost of the project for marketing and development".

No one at NetherRealm has publically commented on the remake yet, but Tresca is not surprised. "I don’t think Ed [Boon] will publicly support this project until/unless WB gives him the go ahead. Privately, I know he supports my team as does Shaun".

Interestingly, Tresca raises the possibility of the trilogy going free-to-play instead. He feels Warner Bros. may find this model appealing, which would make sense given its direction with MultiVersus.

Whatever happens with this project, it looks like Mortal Kombat fans are in-store to have something to get excited about this month. The senior production manager over at NetherRealm Studio has recently hinted that a new game announcement is on the way soon, igniting speculation of a new Mortal Kombat to be revealed at The Game Awards. Of course, it could also be Injustice 3, considering that the series hasn't had an instalment since 2017.