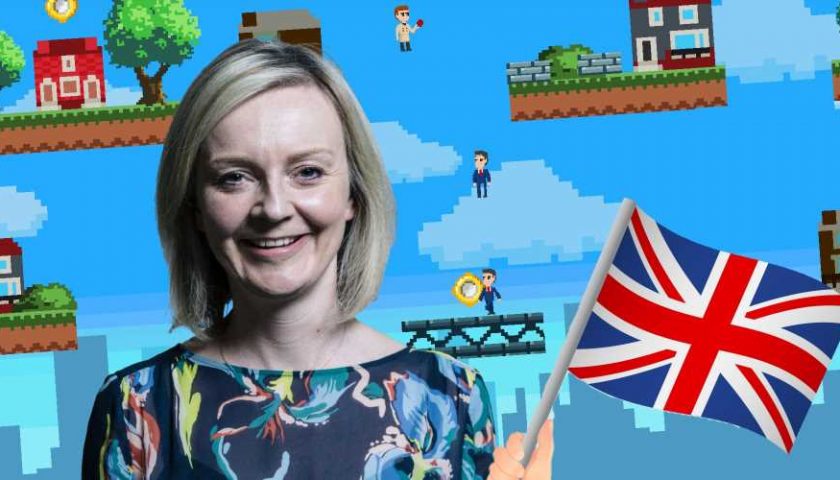 Video games are political. Always have been, always will be, just like any art form. However, some are clearly more political than others, and In Liz We Trust? wears its politics proudly on its sleeve.

In Liz We Trust? is a satirical takedown of new UK Prime Minister Liz Truss, the Conservative MP for South West Norfolk. The pixelated platformer was spotted by NME and you play as Truss herself as she climbs the echelons of British society, stealing coins (they're rings, really) from hard-working homes in an attempt to deliver them to the City of London.

All the while, she has to avoid several obstacles that have gotten in her way in her short term. There's Sir Keir Starmer, the leader of the Labour party and the Tories' prime opposition – though recently he's had all the tenacity of a dead fish – fellow Tory Michael Gove who's voiced fiercer opposition to her than Starmer, Andrew Bailey, the governor of the Bank of England which has had to step in to prevent a financial crisis in the UK, and BBC Radio Lancashire presenter Graham Liver who is one of many regional journalists who has taken the Prime Minister to task better than any mainstream media outlet in the country. 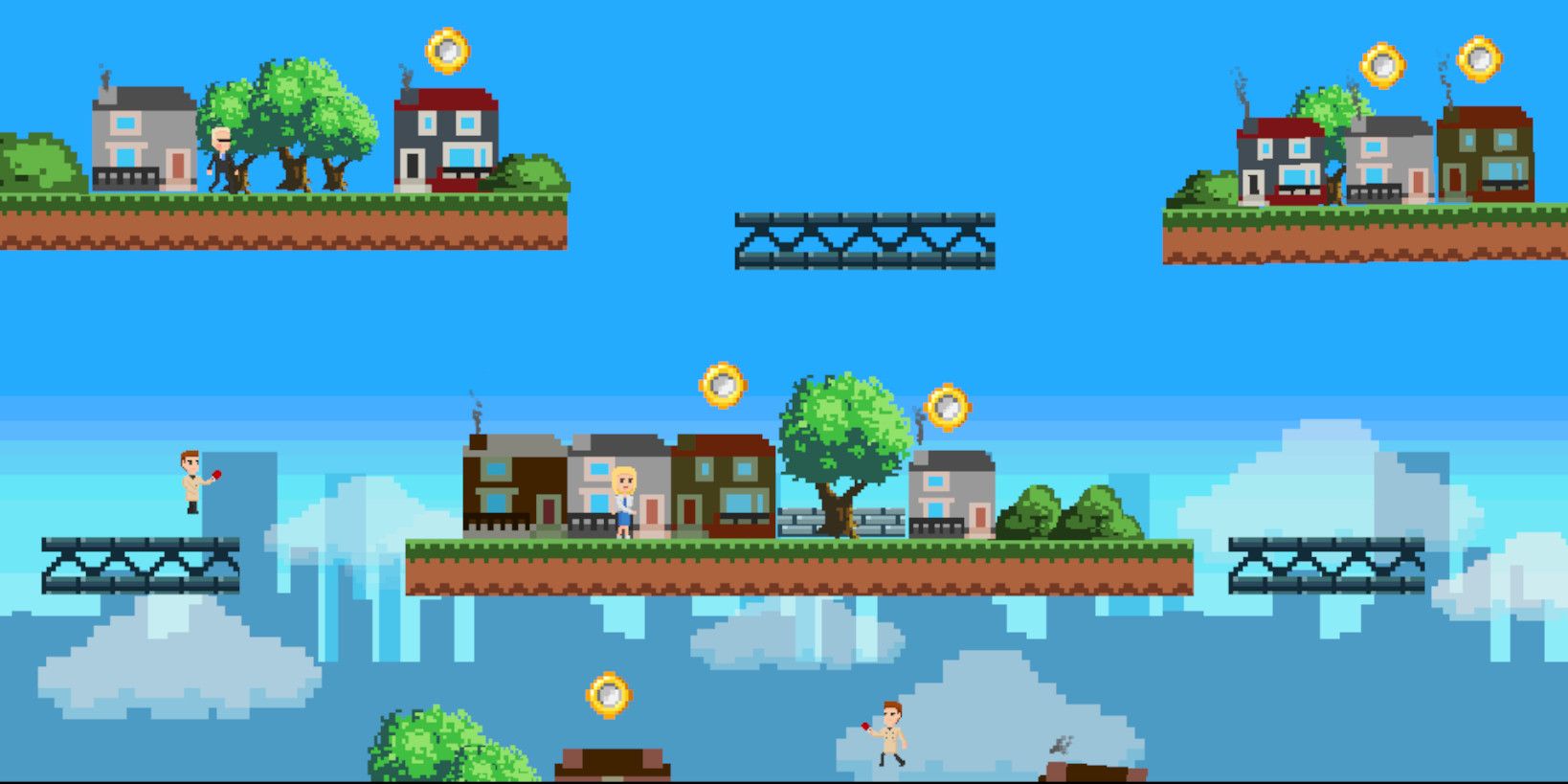 Funnily enough, in all of my playthroughs it's been Liver who's beaten me. Whenever he falls from the sky and plonks on poor Liz's head, he mockingly asks, "Do you know actually where Preston New Road is?" Referencing her confusing stance on fracking.

It's one of many funny sound bites put into the game. When you load it up, Truss states, "I have three priorities for our economy: growth, growth, and growth!" Since she has taken office she and Chancellor of the Exchequer (the one in charge of the economy) Kwasi Kwarteng announced a tax cut for the country's richest as part of an economic plan known as the mini-budget that sent the value of the pound plummeting. Not off to a great start, but the pair did reverse the decision after weeks of claiming they wouldn't. 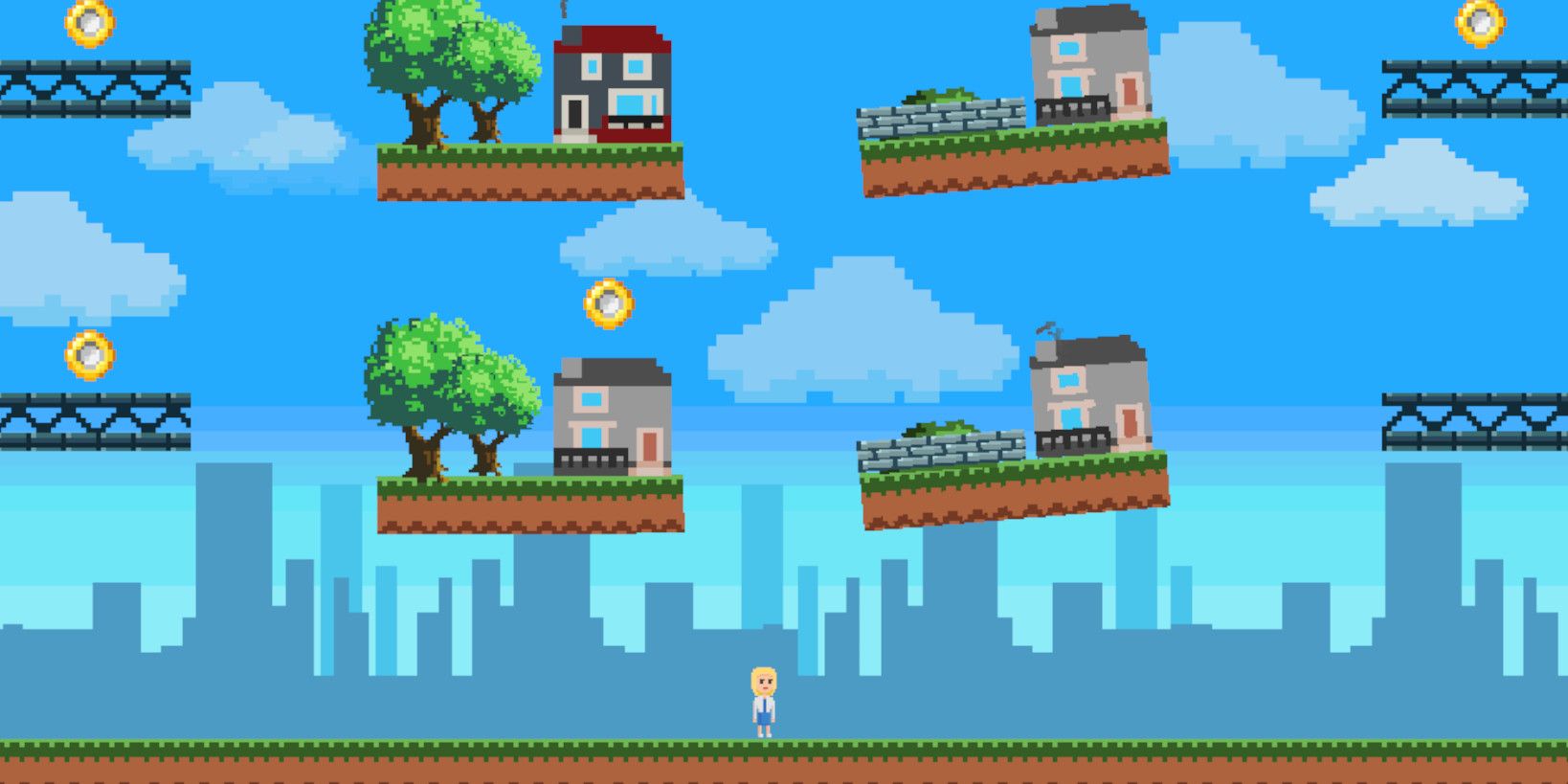 In Liz We Trust? is silly, but it's short, to the point, and was made in just three days by Bart Alluyn of Lessis Games in collaboration with Construct, a small UK business that specialises in making games easier to create. What better proof of concept that In Liz We Trust?

NME reports that In Liz We Trust? was made for just £750. "Even less these days than it was before the mini-budget," said Tom Gullen, co-founder at Construct. He added that as Construct was "concerned" about the economic effects of Truss' first few weeks in office, and the team "thought the best thing we could do was what we do best, with a satirical twist, to put a smile on people’s faces in otherwise grim times."

In Liz We Trust? is available to play now, for free, in your browser. How much money can you take from the poor and give to the rich? Less than Liz Truss herself, that's for damn sure.