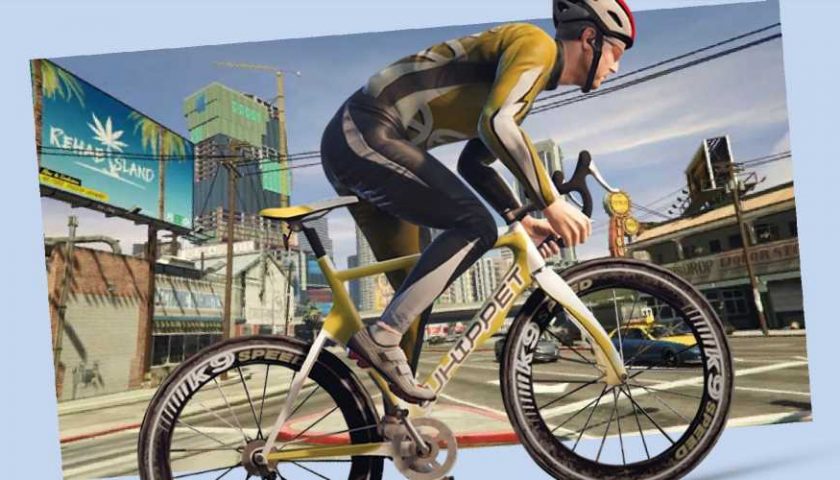 I’ve been in Little Rock, AR for a week or so, down from Illinois working on a creative project with a friend of mine. We both work remote, which gives us some flexibility about where we work from, but we still need to get our work done. For the most part, what I’ve seen of the city has been places where I can sit and plug in my laptop: his house and coffee shops.

But, for the past few days, he’s been getting the floors in his house done. No one can step on the hardwood for a few days after it gets stained so we’ve been in an Airbnb nearby until today. This hectic schedule hasn’t left a lot of time for healthy eating so, when we got here on Tuesday, I wanted to try to get some exercise in. I brought my bike with me so, when my friend left for a workout, I hopped on and started riding around the city.

Following the road from the rental led me to the bridge nearby and, midway across, I found a ramp sloping toward the Arkansas River. I zoomed down to the earth below, rode by guys playing music on speakers under the bridge and past a mural dubiously chronicling the history of “progress in Arkansas.” Once I had ridden for 20 minutes, I sat on a curb overlooking the river and FaceTimed my wife. I could see the city, the three bridges connecting it together, and small boats on the water. It was a wonderful way to cap the workday. 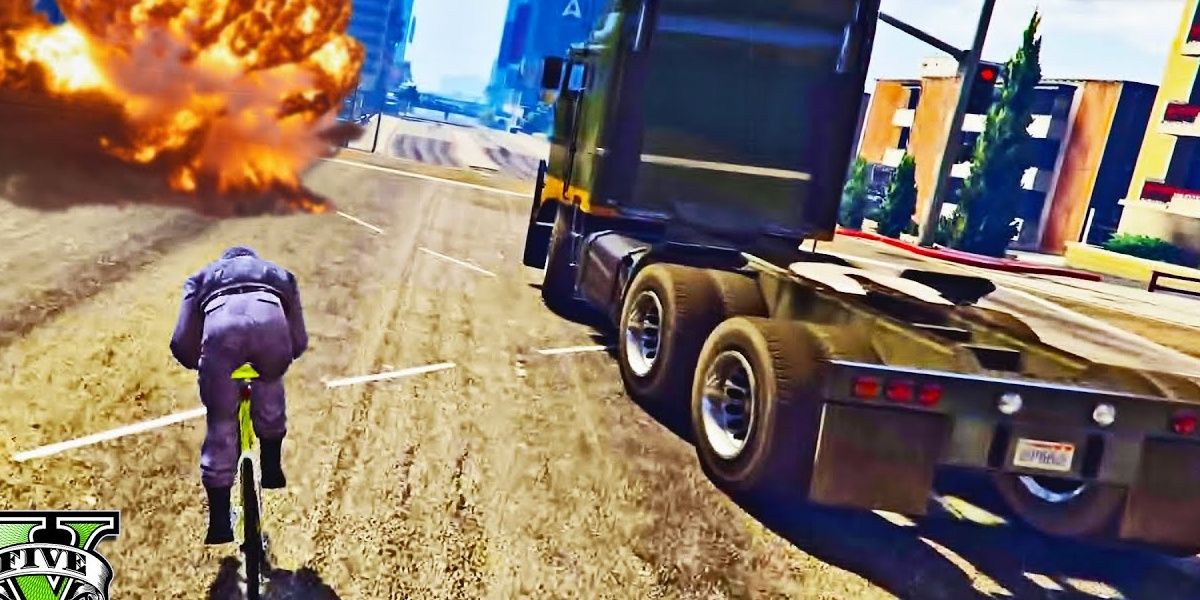 I’m rarely in a new place with easy access to a bike, but I feel vindicated in my decision to strap mine to the back of my car and haul it the nine hours from Illinois to Arkansas. It was the best way to get to know a little chunk of the city. This shouldn’t surprise me, I guess, given the way I like to play big open world games.

In GTA 5, my favorite method for exploring Los Santos was always the bike. Riding through the city's hills and valleys with Franklin or Michael at the handlebars (Trevor has never struck me as a bike guy), is the perfect way to take in Rockstar's sprawling creation. GTA's cars feel great to drive but, as in real life, they distance you from the world around you. It’s hard to get to know a place when you’re speeding through it at 70 miles an hour. Walking, on the other hand, gives you an experience of what the city is like on the ground, but it takes a long time to get anywhere. Rockstar is still using the "press X to run" system most games abandoned a decade or two ago so exploring on foot wears your thumbs out, too.

Biking splits the difference. You feel more connected to the street than in a car, able to hear the noises of the city fade in and out as you zip by. And, you can take in the city holistically in a way you can't on foot. You move quick enough that you can see different neighborhoods without them beginning to blur together. On a bike, each hill that Franklin has to pedal up, each corner that Michael has to maneuver around, is memorable. 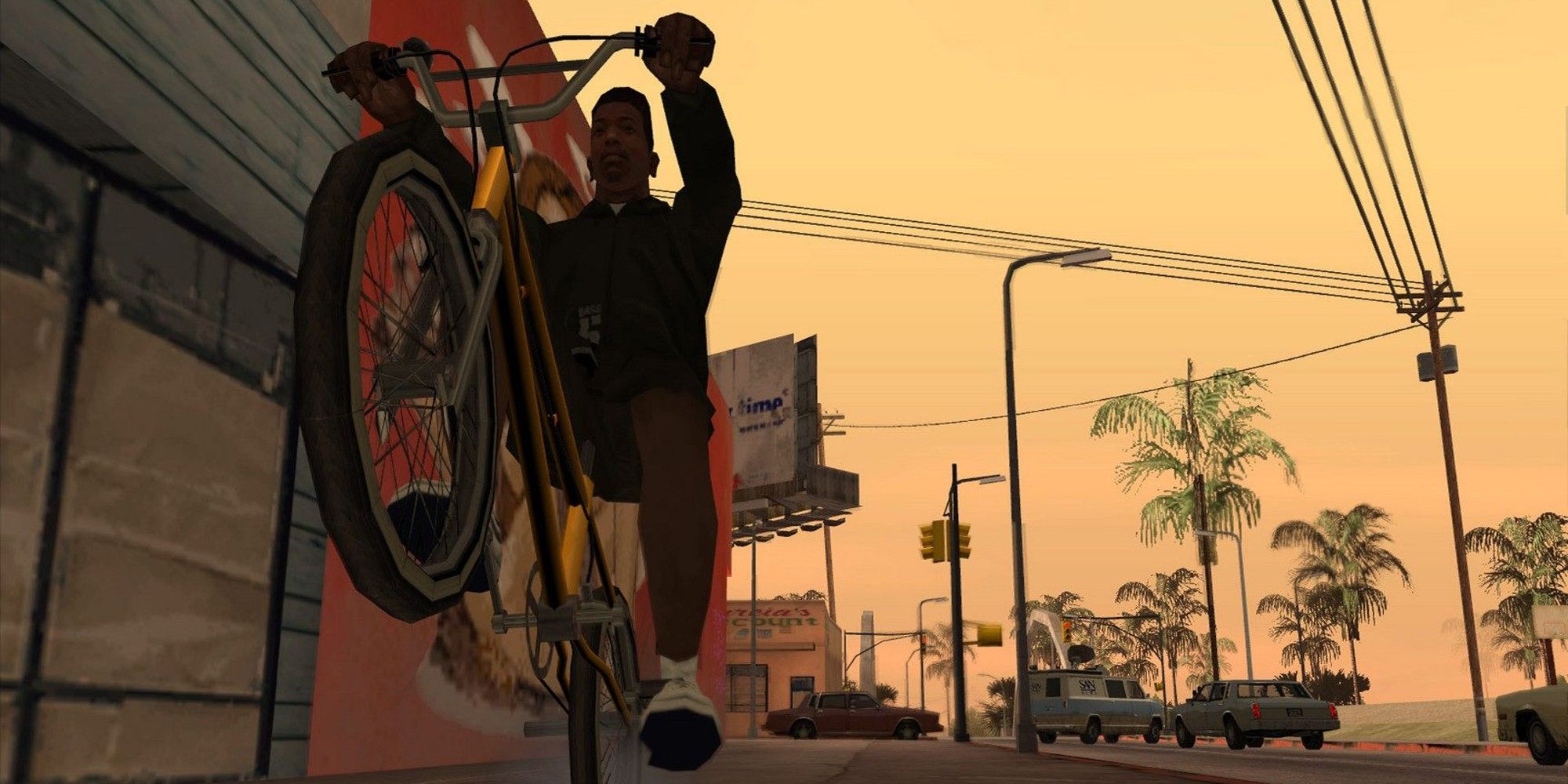 In the same way, I remember each portion of Tuesday’s ride. The climb up the first half of the bridge; the whoosh (and the worry, in the back of my mind, ‘what’ll happen if my brakes go out?’) as I flew down the ramp. The peaceful golden hour vibes as I sat by the river; the slight feeling of dread at the idea of having to go back up the ramp. The urge to keep exploring when I got back to the house with time to kill before dinner. The fear that I might pop a tire on a shard of glass hiding amidst the gravel as I rode under an overpass. The thrill as I saw a house I can only describe as gingerbread bedazzled Tudor in a neighborhood near our Airbnb.

There’s a vulnerability to riding a bike; your own soft body perched atop a hard, complicated machine can injure quickly if you take a turn wrong or miss a treacherous crack in the sidewalk. But, that’s true of most things that are worth doing, isn’t it?