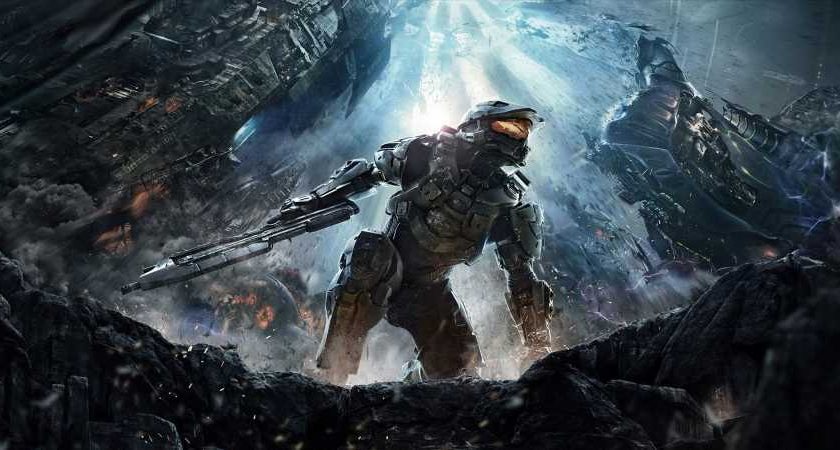 The Halo TV show is a project that’s been in production for what feels like ages. It was originally greenlit back in 2018, but since then details have been scarce about the show and how it’ll translate the adventures of Master Chief to the small screen. All we know is that according to 343 Industries’ Kiki Wolfkill – is that the best name ever? – it’ll be similar in scope to Game Of Thrones. Hopefully, she means the early seasons of Game Of Thrones and not…Whatever Season 8 was.

As for what the show will look like, we haven’t seen much of it aside from some behind-the-scenes shots taken during production. But thanks to the power of the internet, some new pictures of the show have leaked out. Even if you’re just a casual fan of Halo, these images should look pretty familiar.

10 screenshots from the series have appeared on Twitter and they certainly look like something that would’ve come from a Halo TV show. Most of the pictures feature Master Chief looking at something with furious intensity (at least it seems like he’s looking at something, it’s hard to tell with that helmet.) Some of these pictures feature the covenant aliens, which look accurate albeit a little goofy. We also get to see some shots of space, some strange otherworldly locations, and the various vehicles of the UNSC. There’s even a warthog!

This project does seem like it has some serious money put behind it. These pictures look impressive and the Master Chief outfit looks legit. They’ve even hired on the voice of Cortana from the games to voice the character in the show for that extra bit of authenticity. As long as the Covenant aliens don’t look too ridiculous in motion, this could wind up being a fun sci-fi show.

Video game adaptations are a tricky thing. Capturing the look is important and this does look like a faithful live-action adaptation of the Halo franchise. But it remains to be seen just how well this series adapts the story of Halo to the medium of television. Shows like Netflix’s The Witcher or Castlevania animated series were stellar, but there’s been plenty of awful movies and shows based on games in the past. Halo itself isn’t a series that’s well-known for its deep narrative (unless you’ve read the books.) So it’ll be up to the producers and writers to craft a compelling story out of Master Chief running around smacking Grunts in the face with the butt of his pistol.

The show is set to debut on the Paramount+ streaming service in early 2022. Let’s hope they can figure out a way to include the sexy saxophone music from Halo: ODST.