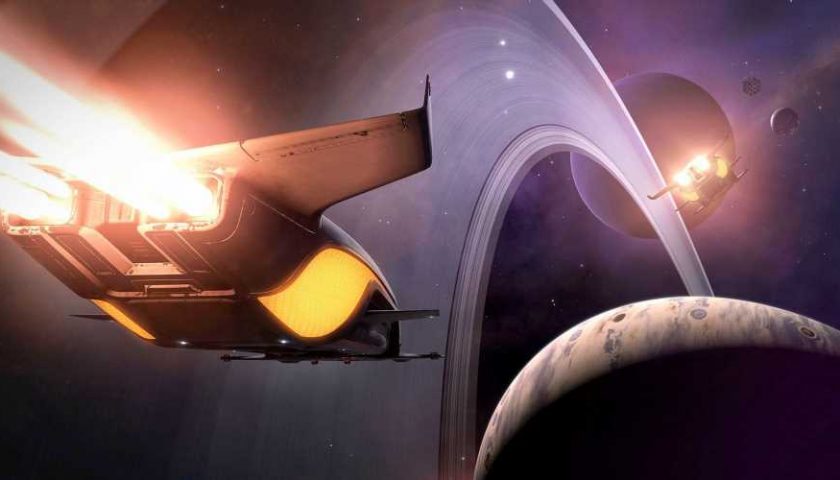 The biggest challenge in Elite Dangerous isn't surviving a Thargoid encounter or collecting a high level bounty: it's figuring out what the hell you're supposed to do. Frontier's space sim is a sandbox in the truest sense, setting you free in a scale replica of the Milky Way with nothing but a basic ship and 1,000 Credits to your name. What you do from this point is entirely up to you, and deciding how to spend your time is a hurdle a lot of new players understandably stumble at.

I've been playing the game since 2013 and have sunk hundreds of hours into it, but it was only fairly recently that I found my calling in this beautiful, uncompromising vision of a spacefaring future. I'd dabbled in bounty hunting, exploration, scanning planets, and a dozen other activities, but then I discovered the delight of space trucking. The beauty of this game is that you can play it without firing a single laser, and that's the path I decided to follow. I'm a trader not a fighter. 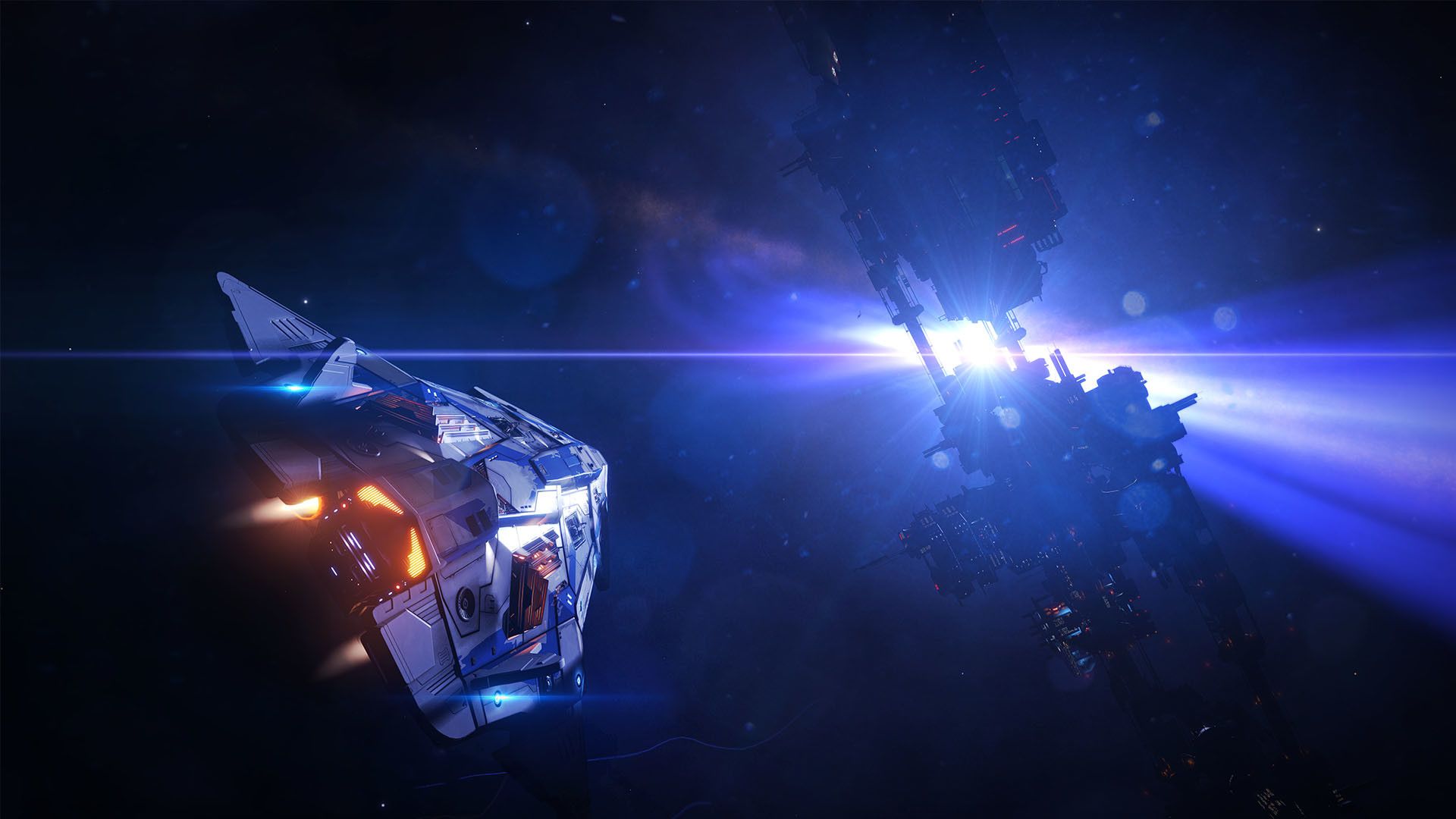 Trading is one of the most uneventful and, some would say, boring ways to play Elite. But it suits me perfectly, because I don't play this game for pulse-pounding dogfights. I don't want to feel like I'm in a Star Wars space battle: I just want to fly through the depths of space, gazing in awe at the cosmic scenery, enjoying the escapism of living another life among the stars. This is why hauling cargo, which involves a lot of travelling between systems, appealed to me.

Elite is also the perfect 'doing other stuff' game. Got a backlog of podcasts, audiobooks, or three-hour video essays mounting up? Get yourself into space, play them in the background, and busy yourself with some missions. It's amazingly relaxing, and this is another reason I took to trading as my main career. Flying back and forth between distant starports doesn't feel like as much of a waste of time if you're listening to something interesting while you're doing it.

The first step any trader worth their salt needs to take is getting rid of their crappy little Sidewinder, a jack of all trades starter ship, and investing in something more befitting a space trucker. The Hauler, which will set you back around 50,000 Credits, is a great place to start. This chunky little guy might not be the sexiest ship in Elite, but it's a reliable workhorse with a decently sized hold. Upgrade it and you can hold a maximum of 26 tons of cargo, which is very respectable. 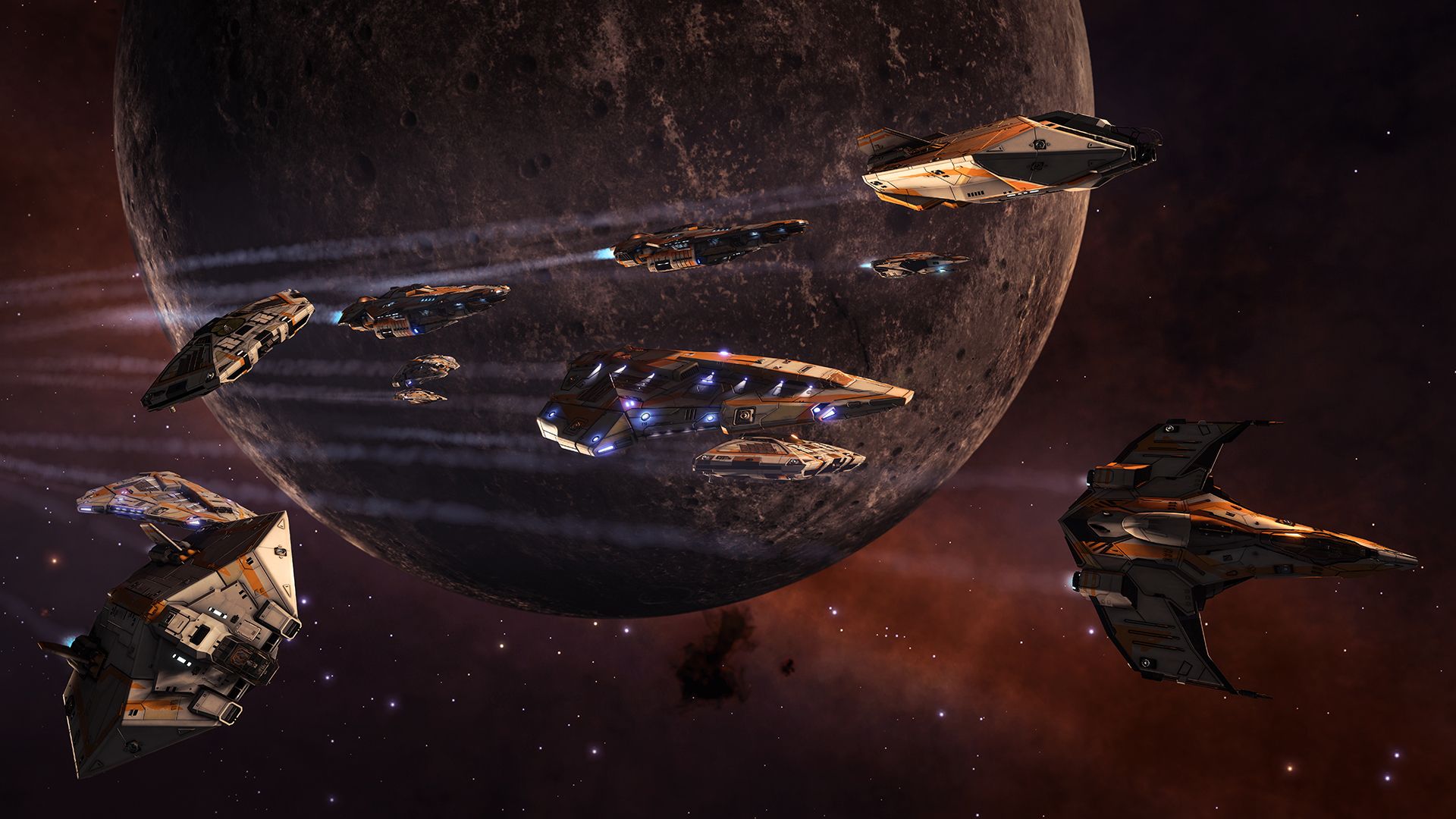 And then it's off into space to do some commodity trading. You buy stuff from one station, find another with a high demand for it, fly there, sell it, and watch your bank account fill with Credits. It's that simple—especially if you use a route planner like EDDB to maximise profits. Then when you can afford a bigger ship with a bigger cargo hold, you can sell more stuff and make even more CR. Just be careful: watching your Credit total ticking up is dangerously satisfying.

There are more lucrative and exciting ways to spend your time in Elite, but trading has earned me a tidy wage. I can afford most of the ships that were previously beyond my financial reach now, and I still get a lot of pleasure from the process of ferrying cargo around the galaxy. Sometimes I don't play the game for months, then I'll suddenly feel the urge and lose a week to trucking through the cosmos. I can feel one of those weeks coming on now, in fact. I'm helpless.