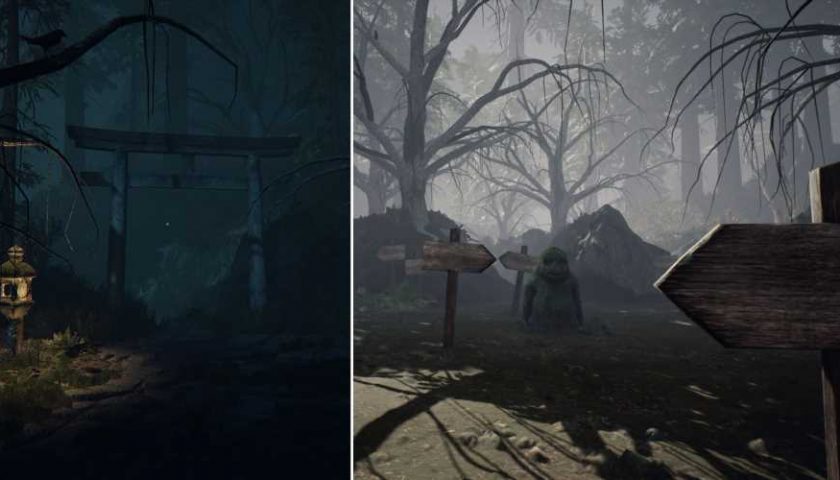 There are many places that one wouldn't want to be caught in during a horror scenario and a forest is one of them. While this environment can be serene and beautiful, it can also hide a lot of danger. While playing through Ikai, you'll find yourself navigating through the forest that surrounds the shrine more than you'd like.

It's full of tall trees and winding paths that can lead you to get lost if you're not paying attention. Early on you'll need to make your way through the forest as you brace yourself for the darkness that is to come. 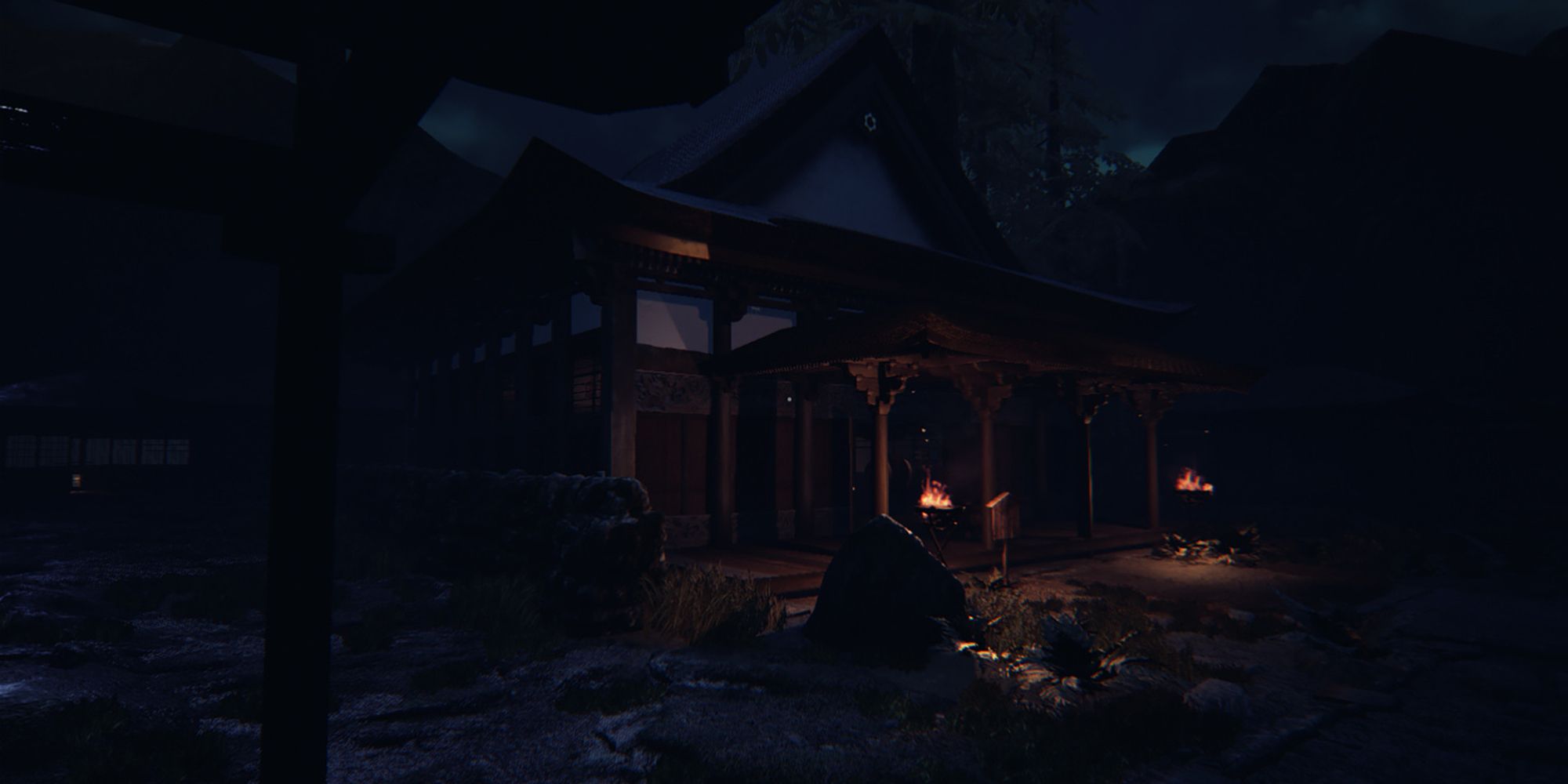 The shrine is located in the middle of a dense forest where there isn't a settlement around for who knows how many miles. While it makes for a quiet and peaceful environment, it can also be a breeding ground for evil spirits to hide and pounce on unsuspecting visitors. However, you'll need to brave the forest in order to reach certain areas and do your chores.

After you collect the laundry, you'll need to go through the large double doors in order to reach the forest. It'll be barred by a sliding block puzzle that's simple enough: move the blocks to clear a path for the center horizontal beam. Once that's done, slide the beam all the way to the left to unlock the door and transition to the forest. 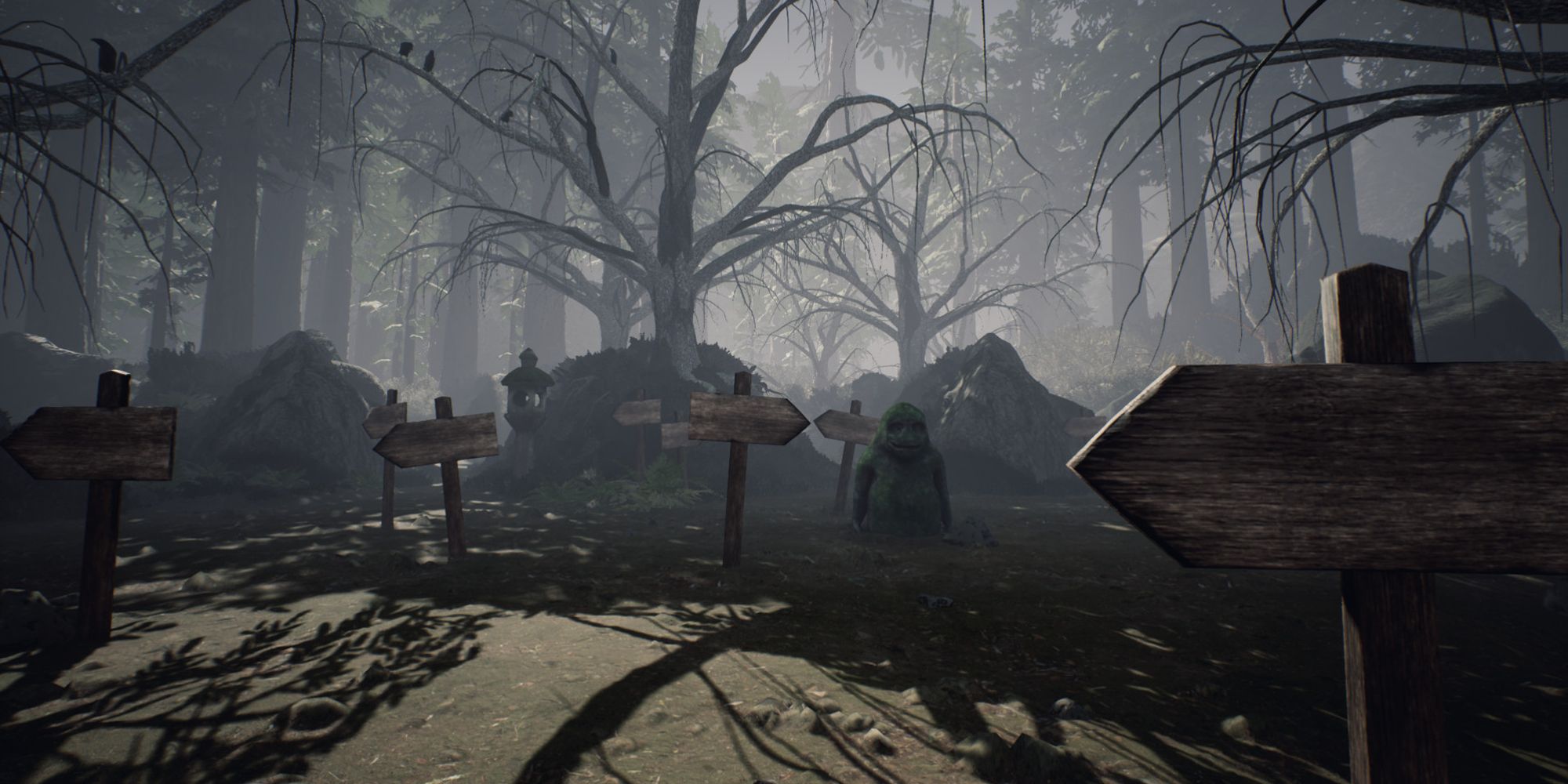 Serving as both a means of protection and a test for the priestess, you'll need to navigate the winding path of the forest in order to reach your destination. The first leg of the journey brings you to a branch with a statue at the head. Take the path to the left of it.

This will lead you to another branch with three statues each covering a different part of their face. Continue the journey by going down the path next to the statue that is covering its eyes, embodying "See No Evil."

The next area will be more open but will have a well and a large boulder. Take the path to the right of the boulder, going behind it. This path will loop around and bring you to a point where you're able to walk between the well and boulder. Walk between them to the path beyond.

This will bring you to an area full of signs pointing in various directions. All the signs are tricks, so head down the path that's second from the right side. You'll end up at a tree where appears some sort of ritual has taken place. Pick up the knife to transition into the night. 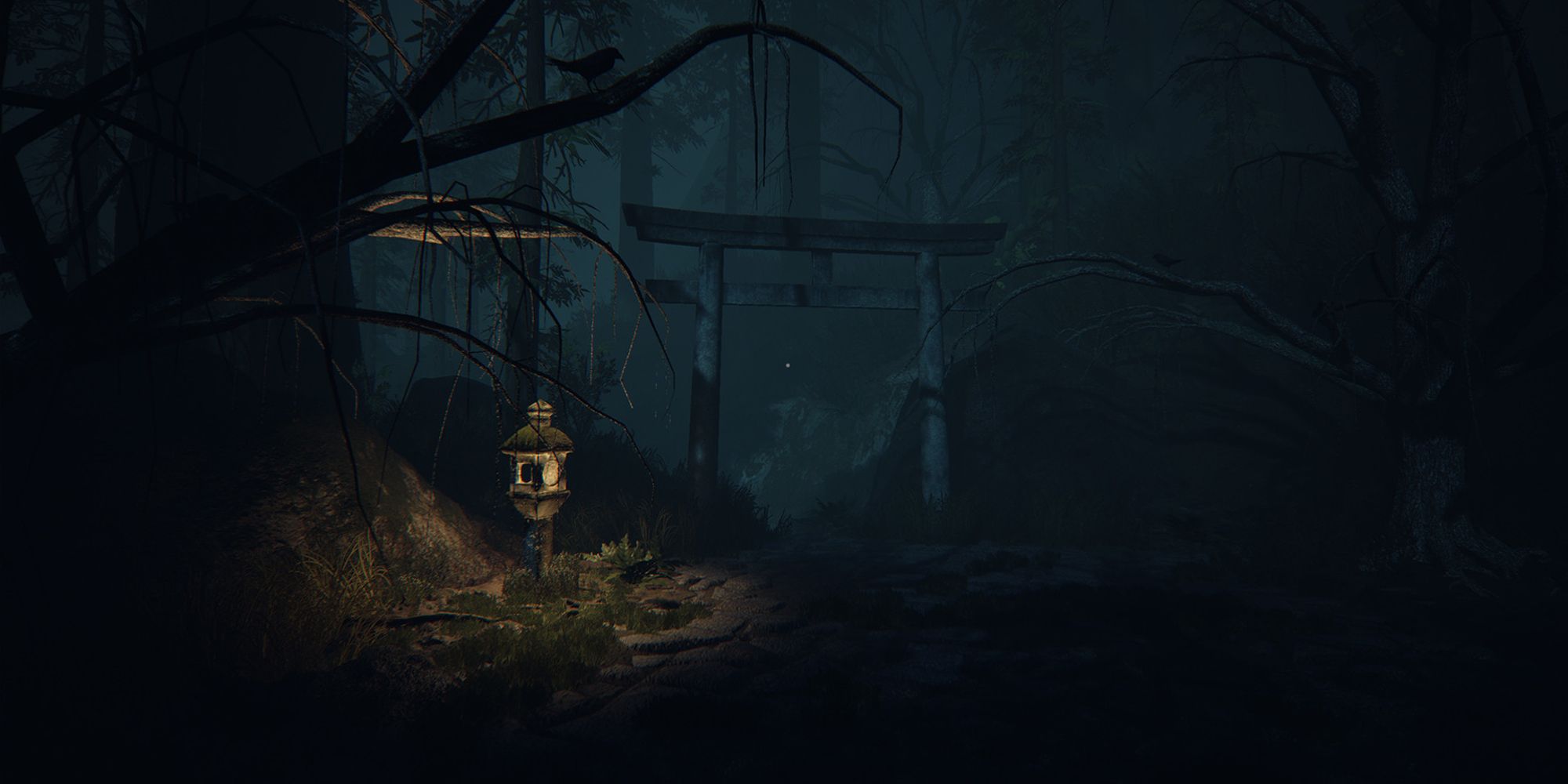 Thankfully, the path doesn't really change in the night, and you simply have to go back the way you came. However, be wary of the Tsurube Otoshi (giant heads) that will drop suddenly in front of you for a jump scare. Also, there will be moments where groups of Nojukubi (little fires) will appear in your path blocking your way.

You simply need to watch for the pattern in which they go out and move through them carefully. After all this, you'll be out of the forest and back at the shrine.