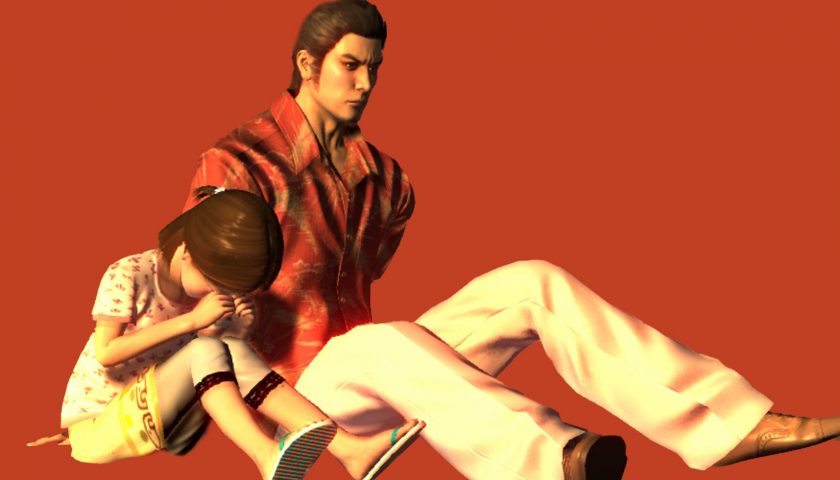 I’m only four chapters into Yakuza 3 and I’d already die for dad Kazuma Kiryu. Forget storming in on clan meetings, saving sworn brothers from manhunts, and going on the run to fix a disgruntled family’s messy politics—this series shines like never before when Kiryu is raising nine kids, cooking curry, and taming stray dogs. It shines so brightly that I’d happily play a whole game of Kiryu running a little orphanage, popping into the city every now and then to pick up some groceries and find runaways far away from the criminal underworld that first defined him.

It’s a welcome change of pace from the frantic action of previous games that saw Kiryu scrambling round Kamurocho in search of bombs, fist-fighting previously dead Chairmen, and wailing on Goro Majima in underground wrestling matches. Now he’s in a Hawaiin shirt lapping it up on a tropical island with his kids and, shockingly, he’s a great dad.

One of his sons was being bullied at school so he rooted out the culprit and brought him to justice. He even goes golfing with a politician. And yeah, I suck at golf, but anything for my kids. There’s so much soul to these quieter moments because Kiryu truly cares about his family. We’ve seen him passionate and determined before, but this is different, like raising these kids strikes a whole new chord that brings out his true self. Turns out the tenets of honour that come with being a yakuza transfer over pretty damn well to parenthood. Kiryu understands right and wrong, and transfers that mantra onto the orphanage. 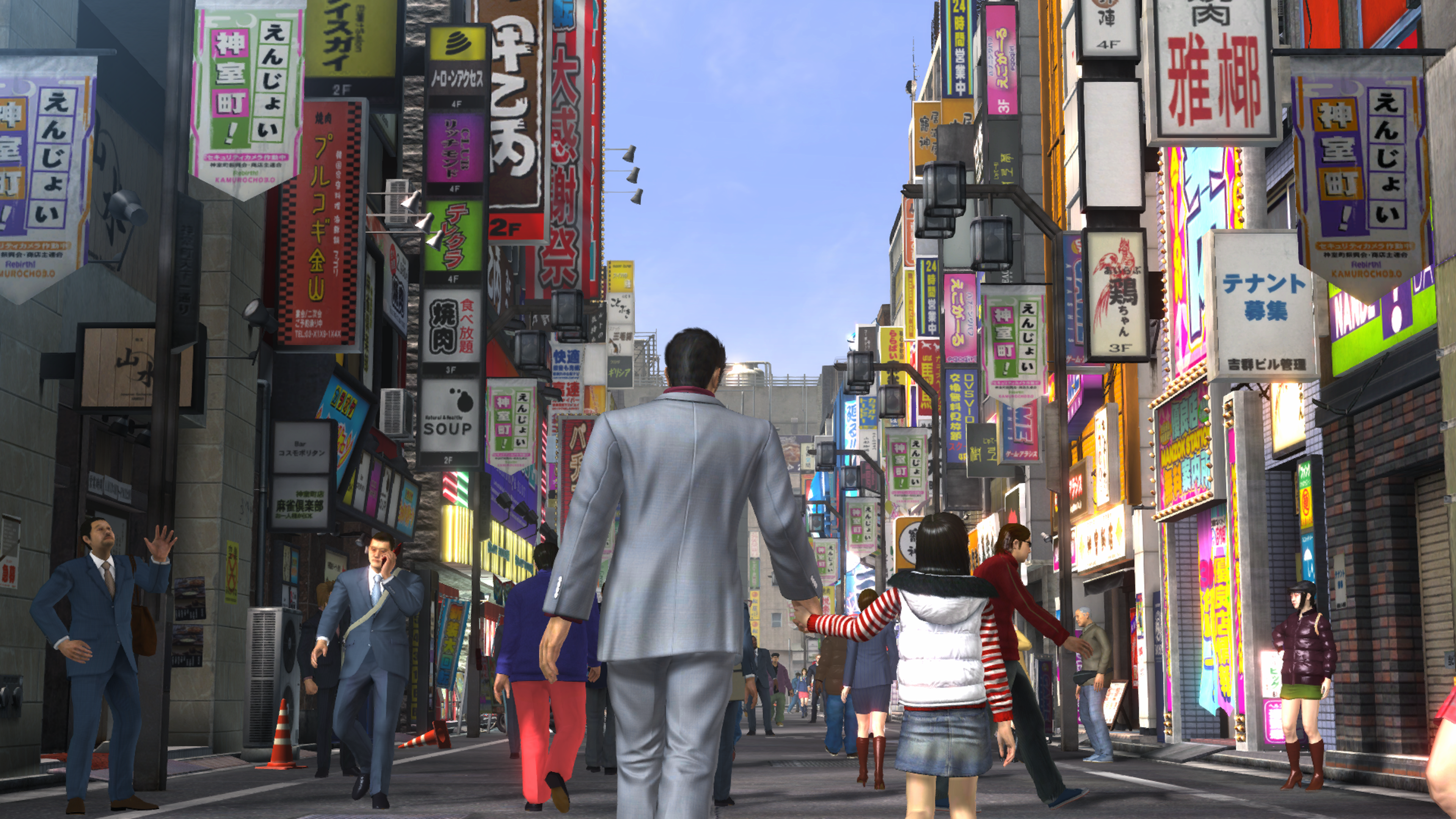 When you think Yakuza, you probably don’t think cutesy. Over the past few weeks I’ve blasted through the series with my partner watching on, and when Kiryu announced his retirement from a life of crime, they were shocked. It’d only been a little while since I was throwing hands with random goons in the street, and now I was sitting on the beach talking to my daughter, bringing all the kids to the table to figure out who stole someone’s pocket money, and putting on a fashion show.

It was like I’d slipped into an entirely different genre, but that’s what Yakuza does so well. It’s always balanced the wackier tone with gritty and serious heartache, whether that’s singing karaoke with Nishiki before finding out you’re on the run for a framed hit or getting wrapped up in a den of diaper-wearing yakuza. And with how the series is growing these days, maybe a tamer spin-off would be an interesting change of pace. And it’s not like it’d ditch the heartfelt storytelling we all know and love. Happy-go-lucky games are all the rage right now. You’ve got Stardew Valley, Animal Crossing, and Minecraft, experiences all about building communities and enjoying a more peaceful existence. Sure there’s the odd spelunking session, zombie attack, or debt collector on your tail, but they’re otherwise chill. Stick on some lo-fi beats and you’ve got yourself a tranquil afternoon. How fun (and fittingly bizarre) would it be for Yakuza to tap into that market? Kiryu might be done now with Yagami and Ichiban Kasuga taking the lead, but I’d love to revisit his world and cultivate an orphanage or similar environment, growing something Shintaro Kazama would be proud of.

If Yakuza 3 is proof of anything, it’s that Kiryu can do it and it’s as fun as the usual Yakuza drama. I love walking out the gates to chit-chat with my neighbours and play baseball on the beach, even roping in other kids who’re down on their luck and in need of cheering up. We even found another stray dog in the city. I was sent on a goose chase to get food and a ball, all so we could tame it and bring it home—now when I pop back to the orphanage, we’ve got a little pup. Seeing these kids grow to love each other and accept Kiryu as their dad, coming to terms with their past, and understanding that, like the Yakuza, family isn’t all about blood is beautiful, and I’d love to see that explored in even more depth. 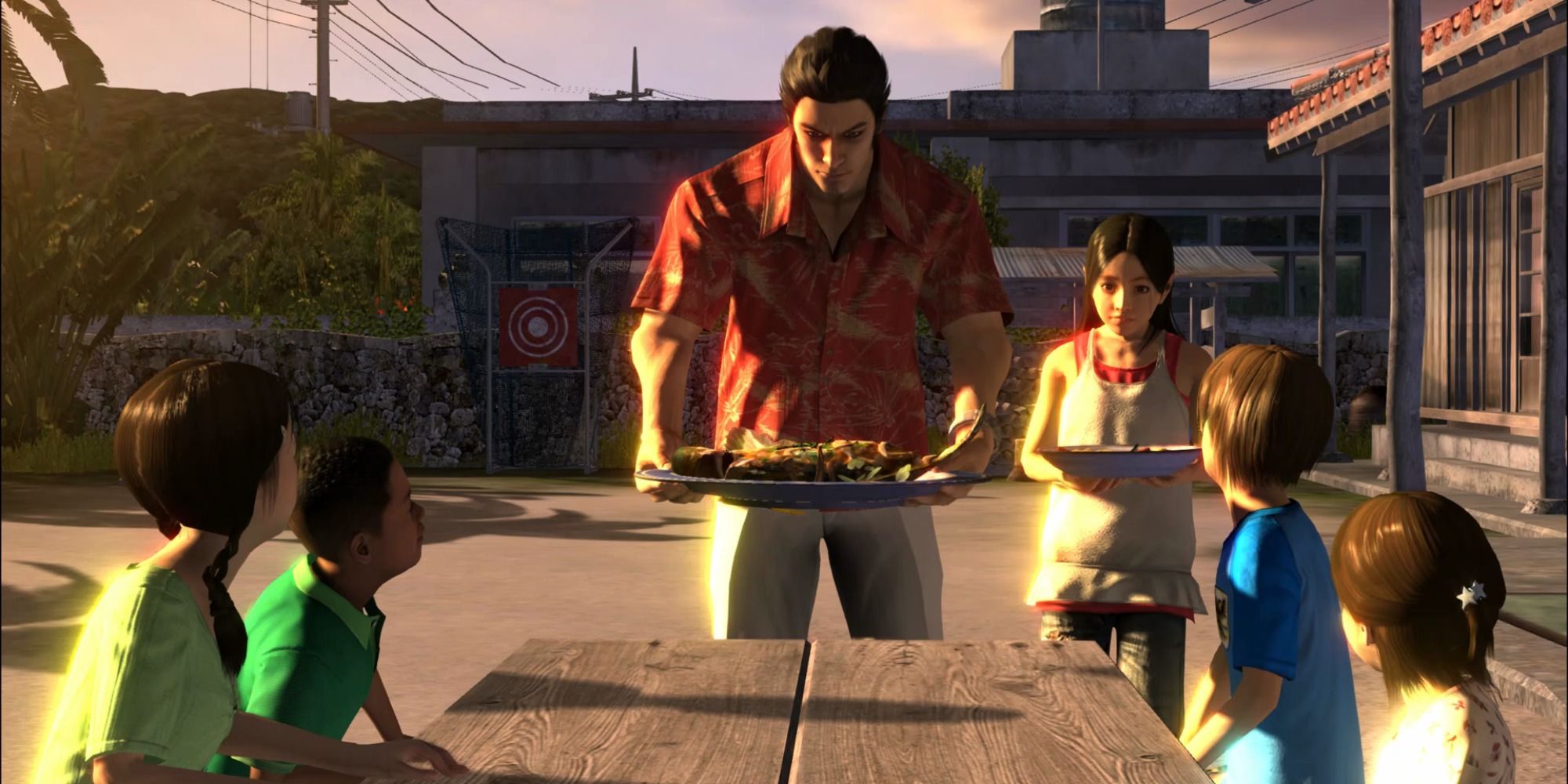 Families are tough. I’ve always had a strange relationship with mine and it’s been difficult coming to terms with accepting that blood doesn’t mean that you need to ignore the flaws and that you can take a break when things get toxic. So it’s okay to find families outside of that traditional setting, both in your friends and romantic relationships.

Yakuza has always been about that. Kiryu was a foster child who grew up as loved as anyone else, with a brother whose bond was as thick as blood, if not even more so. It’s easy to look at Yakuza 3’s Sunshine Orphanage as a fun little break from the usual Yakuza shenanigans, as a wholesome detour, but it’s so much more than that.

So as silly as it sounds, I say with complete sincerity that I’d love to play a whole game about Kiryu being a dad because he rocks at it. He’d do anything for those kids, blood or not, and that’s a great heart for a great story.