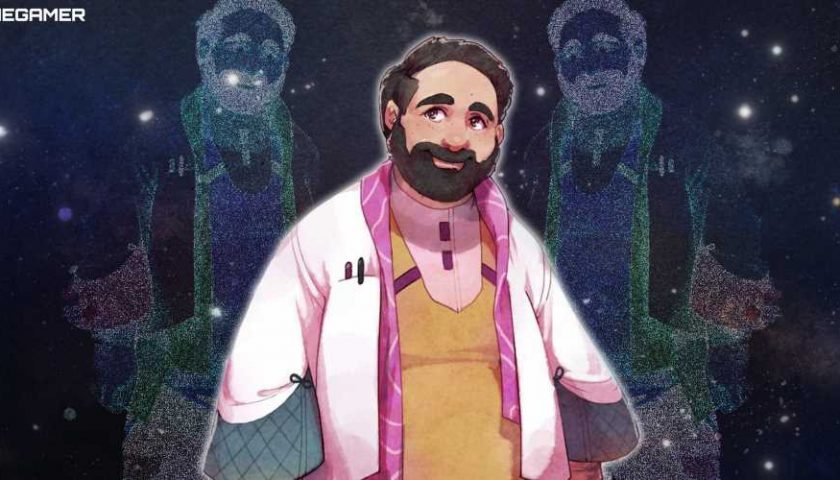 The annual attacks during Glow season birth some of the worst tragedies in I Was A Teenage Exocolonist. While some years have benign outcomes, others can result in catastrophic destruction. For instance, during the second attack, your professor, Hal, will get mauled to death.

After two years of one death after another, including Tammy and her father, Tonin, adding Hal to this list is harrowing. Fortunately, like other deaths in the game, Hal can escape this fate. However, he will need your instincts and physical combat skills to survive.

SPOILER ALERT: This guide references several plot points in I Was A Teenage Exocolonist. Therefore, we recommend finishing your first game playthrough before reading this guide.

Can You Save Professor Hal In Your First Playthrough? 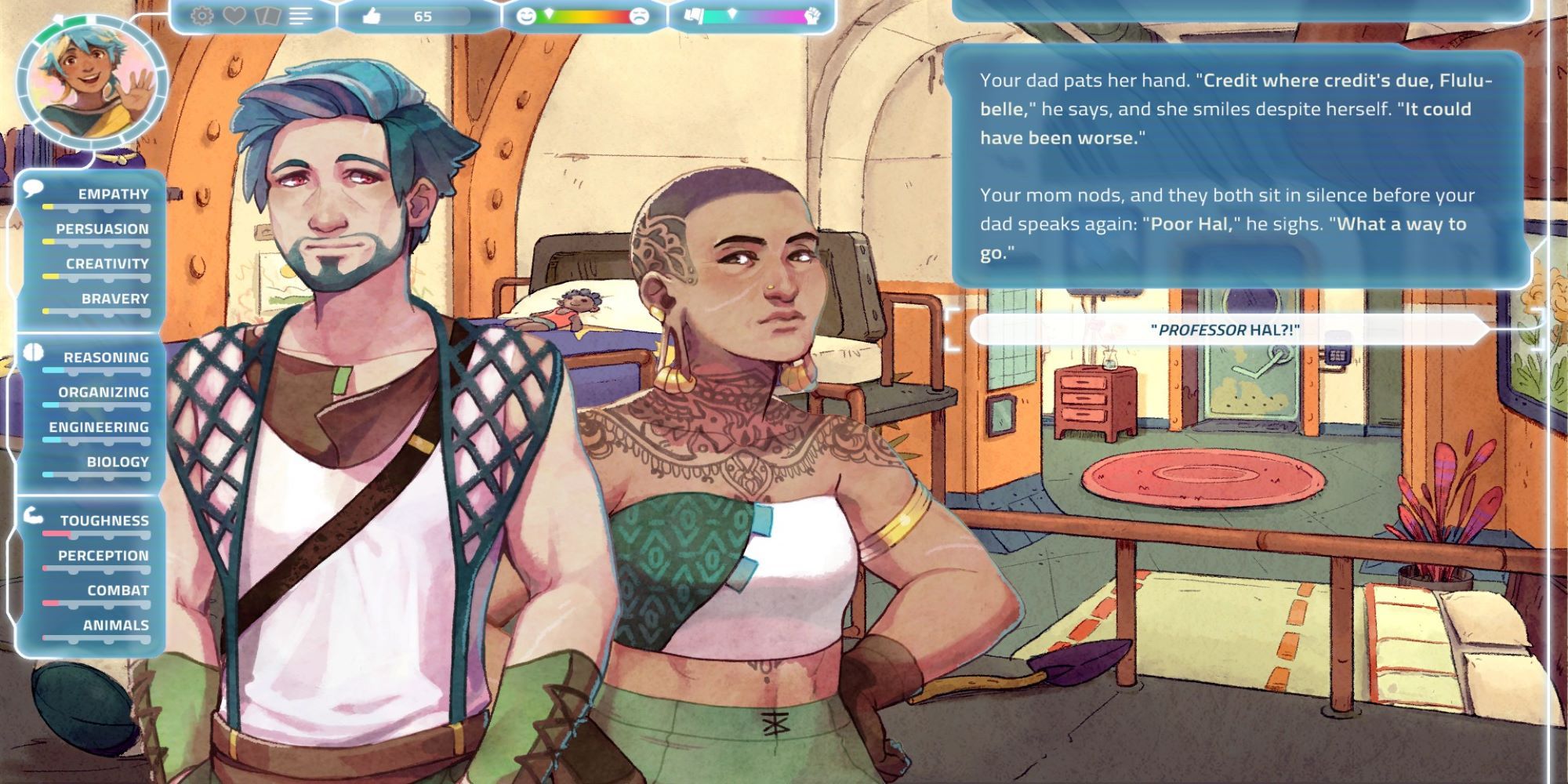 "One of your teachers can die violently in an attack on the colony. It is trivial to save him on a second playthrough."

How Does Your Second Life Impact Hal's Fate? 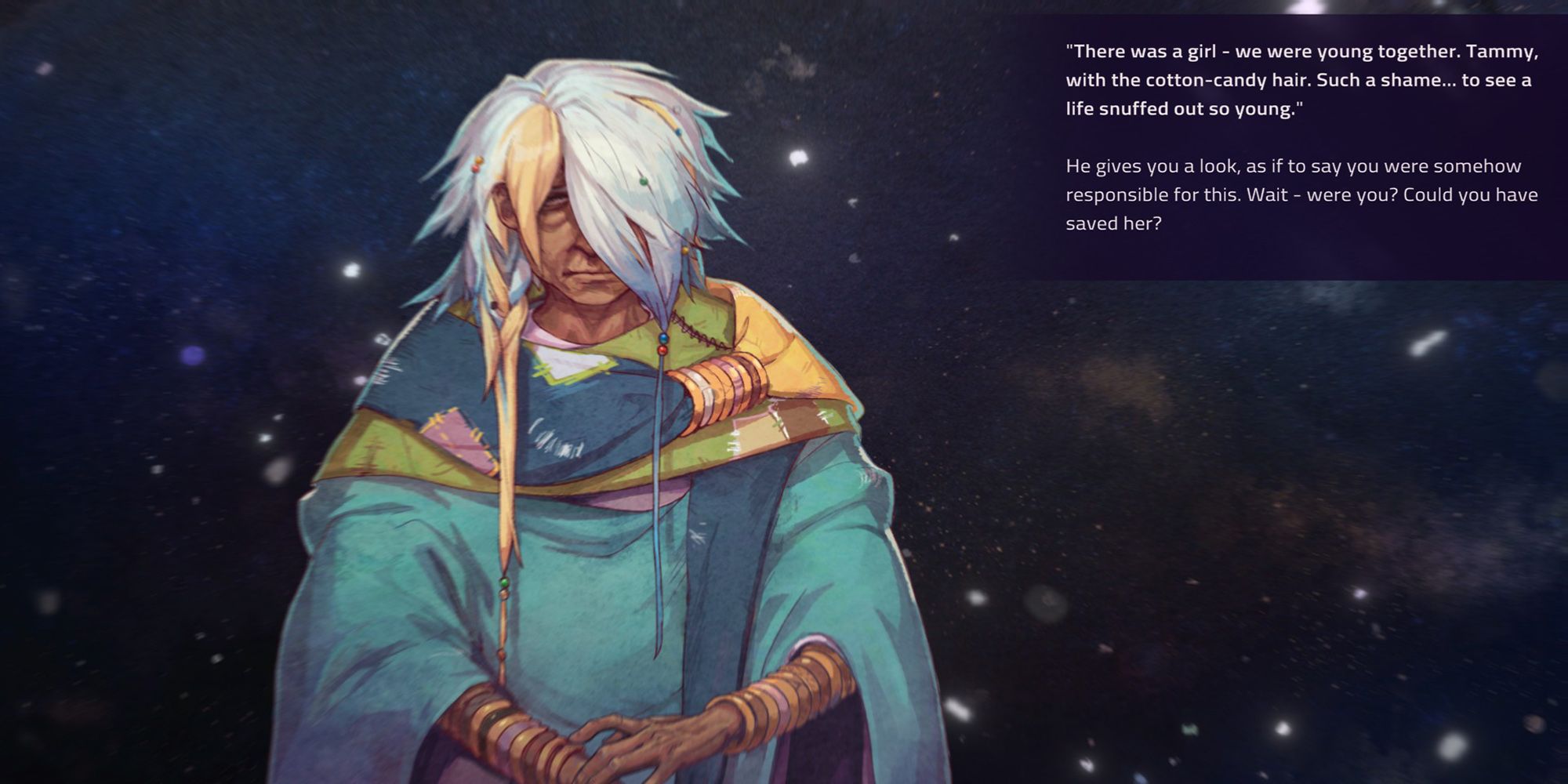 If you saved Tammy in your second playthrough, then you already understand how possibilities change after your first playthrough of the game. Accessing your dreams gives plenty of foresight to events that can occur in the future. This foresight unlocks new decision branches that were not available before. Saving Hal is a result of one of these new options.

However, unlike Tammy's death, rescuing your professor will take more than a psychic hunch. You can become aware of the attack and still not help him if you are ill-prepared. Therefore, you will also need the hindsight of your gameplay experience to save Professor Hal from a grisly demise.

How To Save Professor Hal 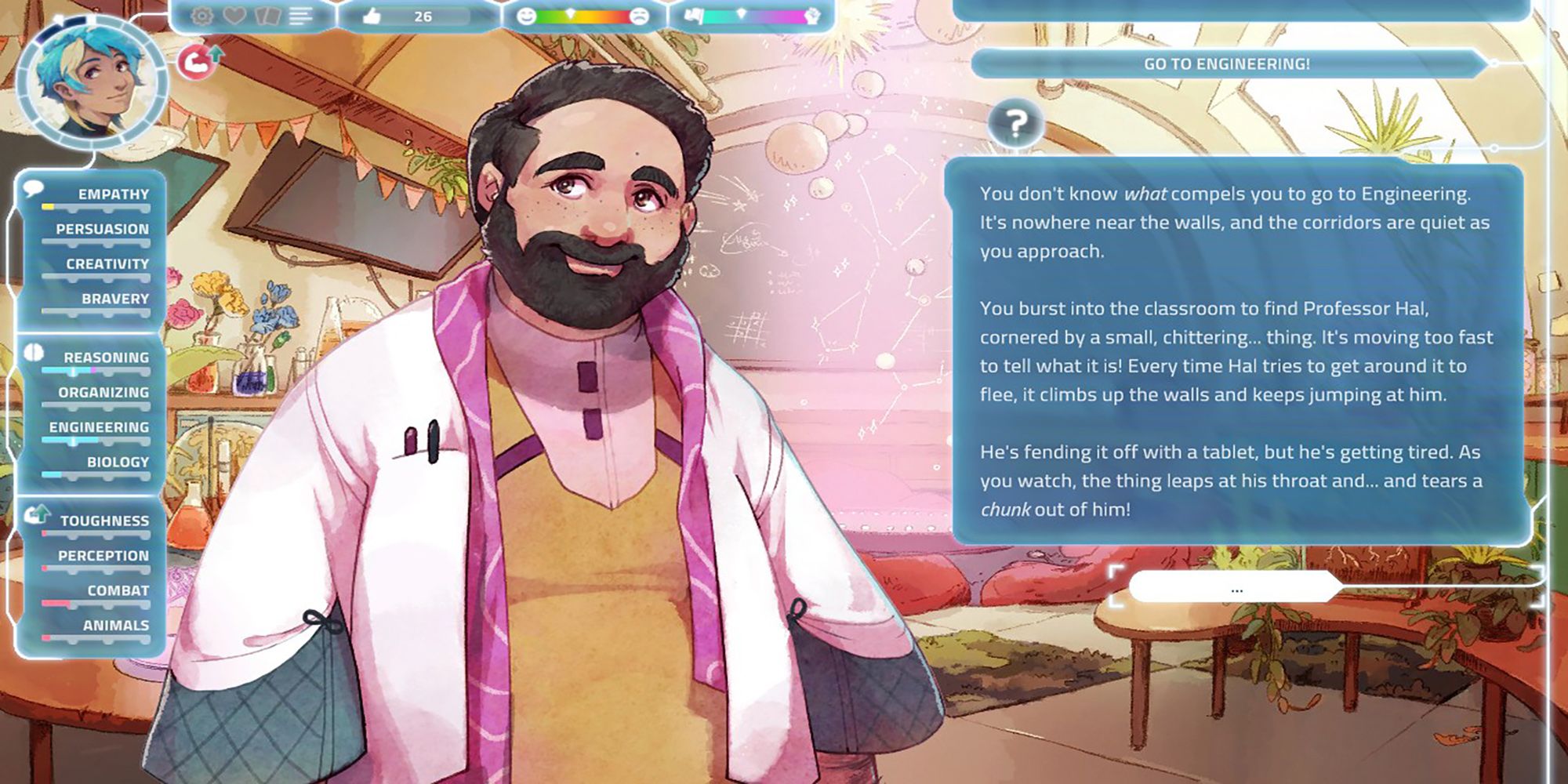 To save Professor Hal during the second Glow attack, you must defeat the monster targeting him. This battle presents itself as a formidable multi-round combat challenge. Therefore, you should give yourself at least a year to prepare for the upcoming bout. 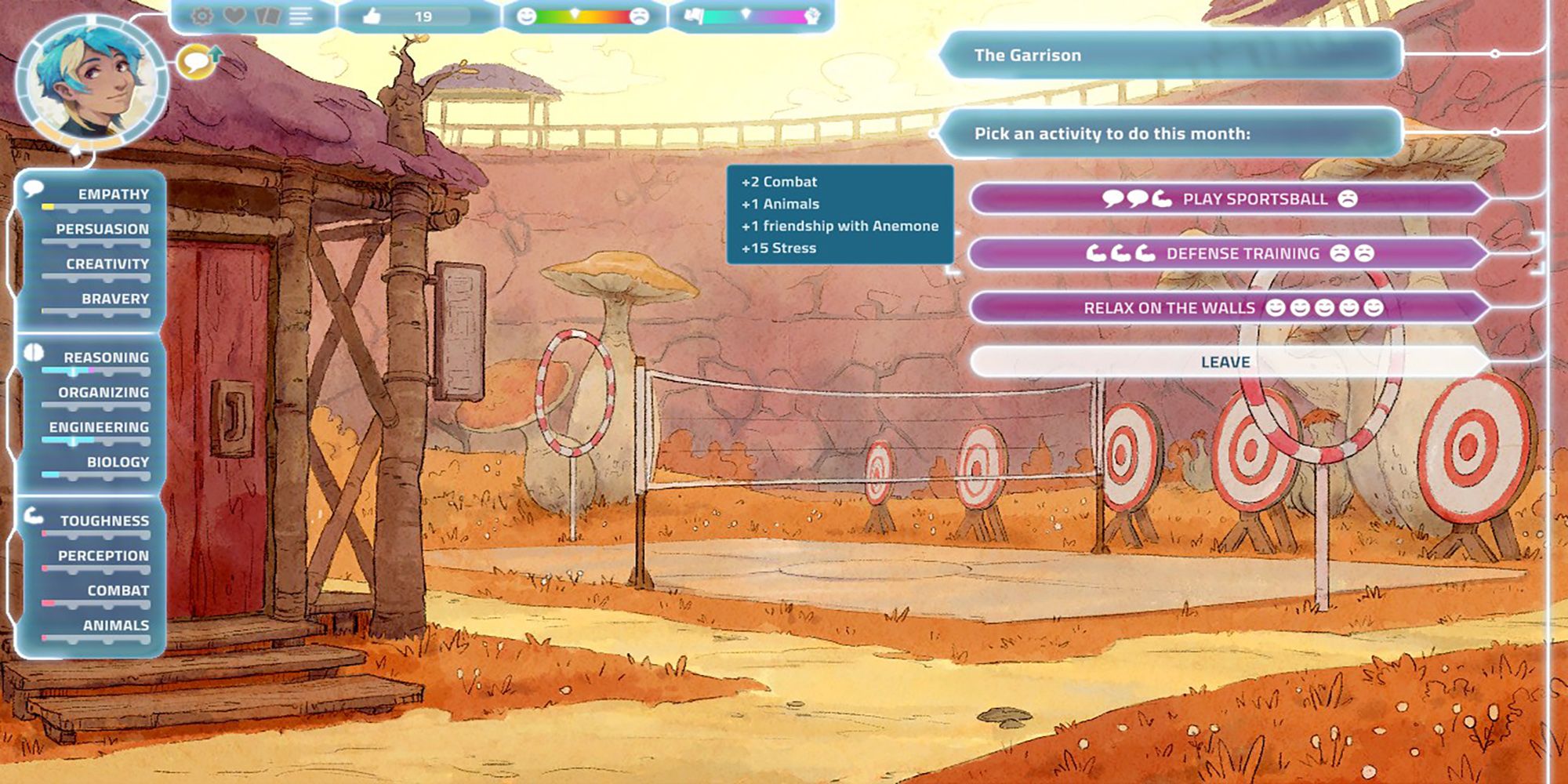 Preparing for the card challenge that saves Professor Hal requires a deep investment in physical (red) skills. Luckily, there are multiple ways to build them. First, you can spend time training in the Garrison or working in Geoponics. Second, you can gain new cards by spending time with physically adept friends, like Anemone and Cal. Lastly, take advantage of physical challenges, like the Vertumnalia Bot Wrestling competition.

Here are some activities to partake in to prepare:

In addition to physical skills, collectibles and gear can help beef up skimpy card hands. Unfortunately, the supply depot does not open until after the second Vertumnalia, six months before the attack. So make sure to save as many kudos as possible in anticipation of the store opening.

Lastly, aim for one of these physical skill perks before the battle. They can make a significant difference.

Defeat The Monster In The Engineering Wing 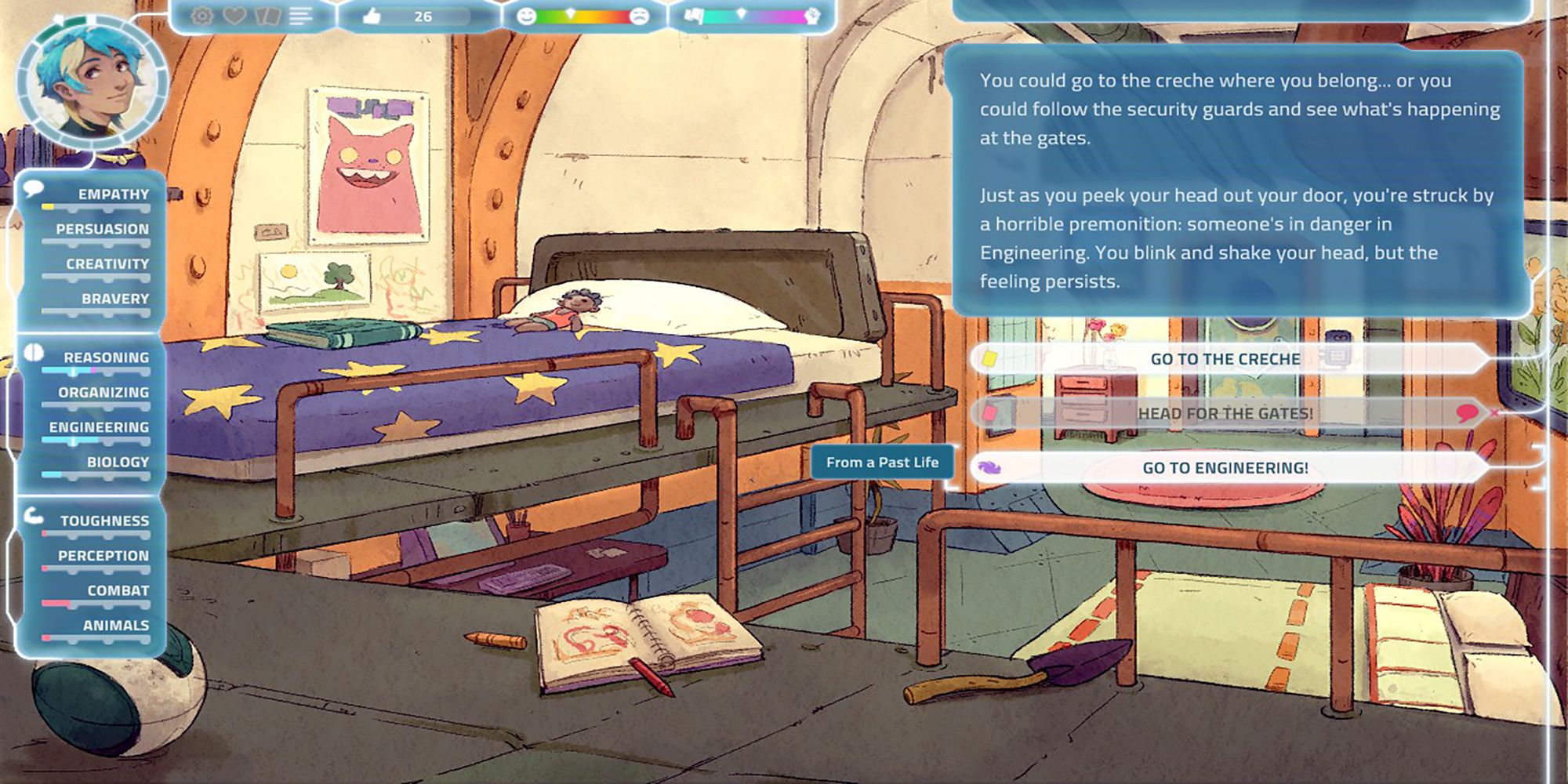 Once the second Glow attack occurs, all that's left to do is to follow your instincts. When your gut tells you someone is in danger in the Engineering wing, choose "Go To Engineering." First, you'll find Professor Hal fending off the monster. Then, the monster will claw at Hal's throat and approach you, initiating the combat challenge.

If you succeed in this challenge, you'll be able to tend to Professor Hal's wounds and buy him enough time to get treated in Medbay. 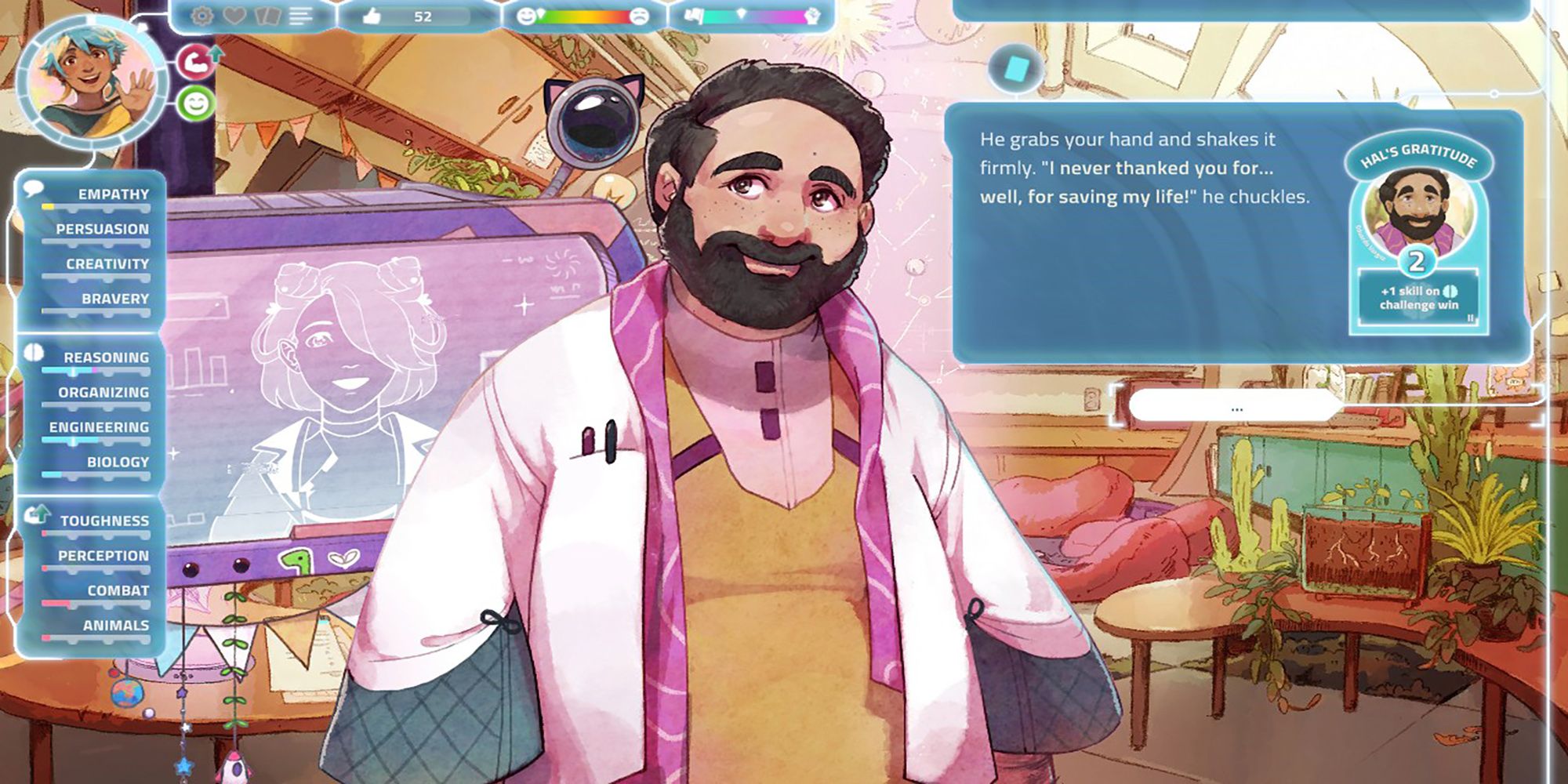 You will get rewarded handsomely for saving Professor Hal's life. First, completing the combat challenge will add twenty-five kudos to your bank. Second, you will receive a new blue card: Hal's Gratitude (Two points. Earns +1 skill on mental challenge wins). Most importantly, you will hear more of Hal's corny jokes and learn valuable life lessons from your favorite teacher.