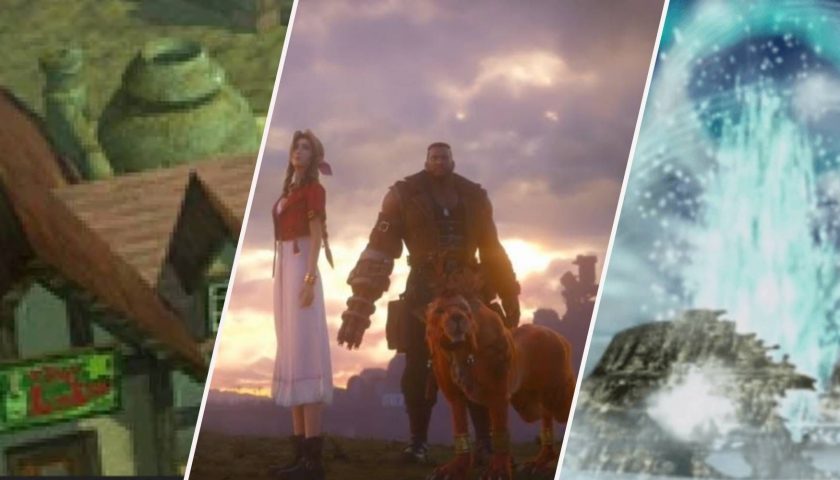 This isn’t a news article. I don’t have anything to back up this claim. This is just me, a fan, making a guess. Hopefully, you’ll agree that it’s an educated guess. But at the end of the day, it’s just a guess.

I remember it like it was yesterday. The closer we got to the first installment’s launch, the more apparent it became that it would only encompass the original Final Fantasy 7’s Midgar arc — and nothing more. But humans can be quite good at seeing what they want to see. Thus, it was a shock to the system for some people when the relative brevity of the 2020 game was formally revealed.

This was the right call. A properly-remade Midgar requires so many little graphical details and intimate touches otherwise the whole thing would look bland or feel rushed. One thing I hope we can all agree on is that Final Fantasy 7 Remake's Midgar does not look bland. And that’s the crux, isn’t it? The more Square Enix attempts to chew on per entry in this ambitious project, the less time they have to give each of the classic game’s many memorable locations the respect they deserve. 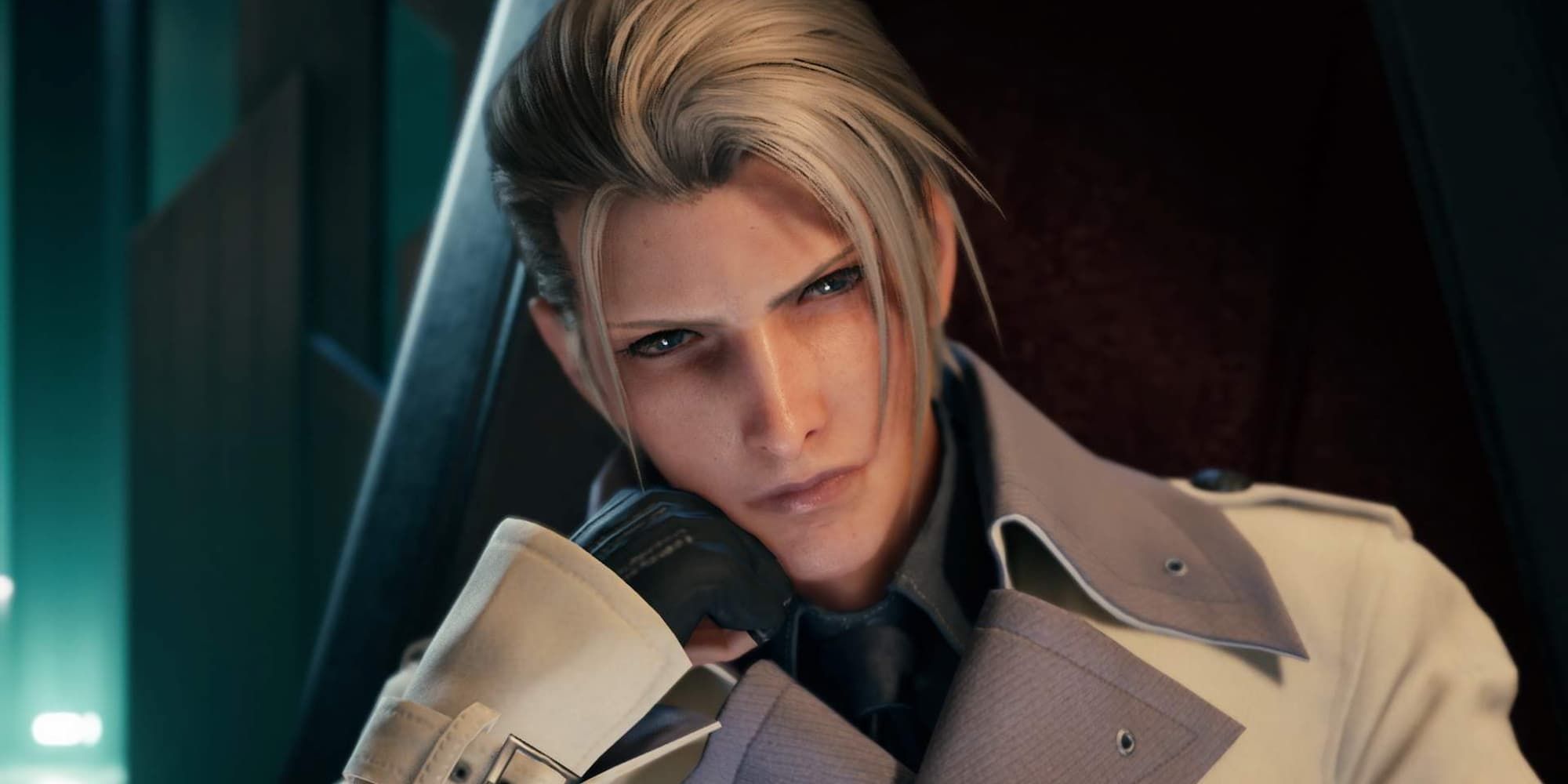 I can't be the only Final Fantasy diehard out here who has spent an embarrassing length of time estimating when and where each upcoming chapter in the Remake series will conclude. In fact, I know I’m not. Amidst the continued speculation you begin to notice some striking similarities in overall opinion. Loads of folks have convinced themselves that Part 2 ends with the death of a certain flower girl.

My disagreement is vast and my disappointment in the popular opinion is even… uh, vaster. Every unique sign in Wall Market, every character’s luxurious hairstyle, every monster, every building, every spell animation, every single thing in Final Fantasy 7 Remake took time to create. In many cases, a lot of time. 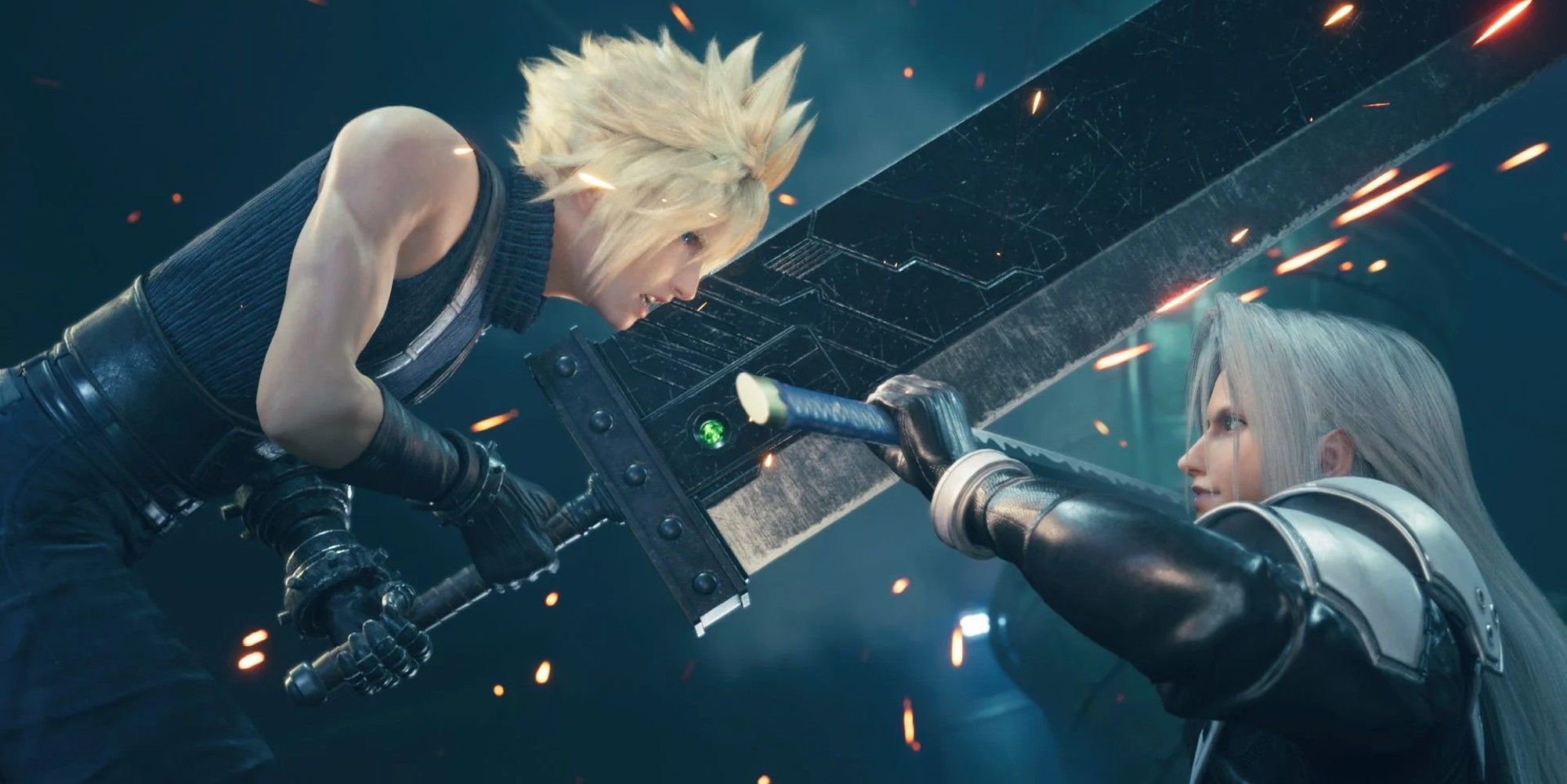 Now, let’s mull over every distinctive environment between the outskirts of Midgar and the City of the Ancients. I won’t bother covering the swaths of land and sea that constitute the world, all of which will require a massive amount of work. We’ll stick to the simple stuff.

Kalm. The Chocobo Ranch. Mythril Cave. Fort Condor. Junon. The cargo ship. Costa del Sol. Mount Corel. North Corel. The Gold Saucer. Corel Prison. (There sure is a lot of Corel.) Gongaga. Cosmo Canyon. The Cave of the Gi. Nibelheim. Mount Nibel. Rocket Town. Wutai, maybe. The Temple of the Ancients. Bone Village. The Sleeping Forest. And finally, the City of the Ancients.

I wrote all that from memory. Such is life as a Final Fantasy nerd. 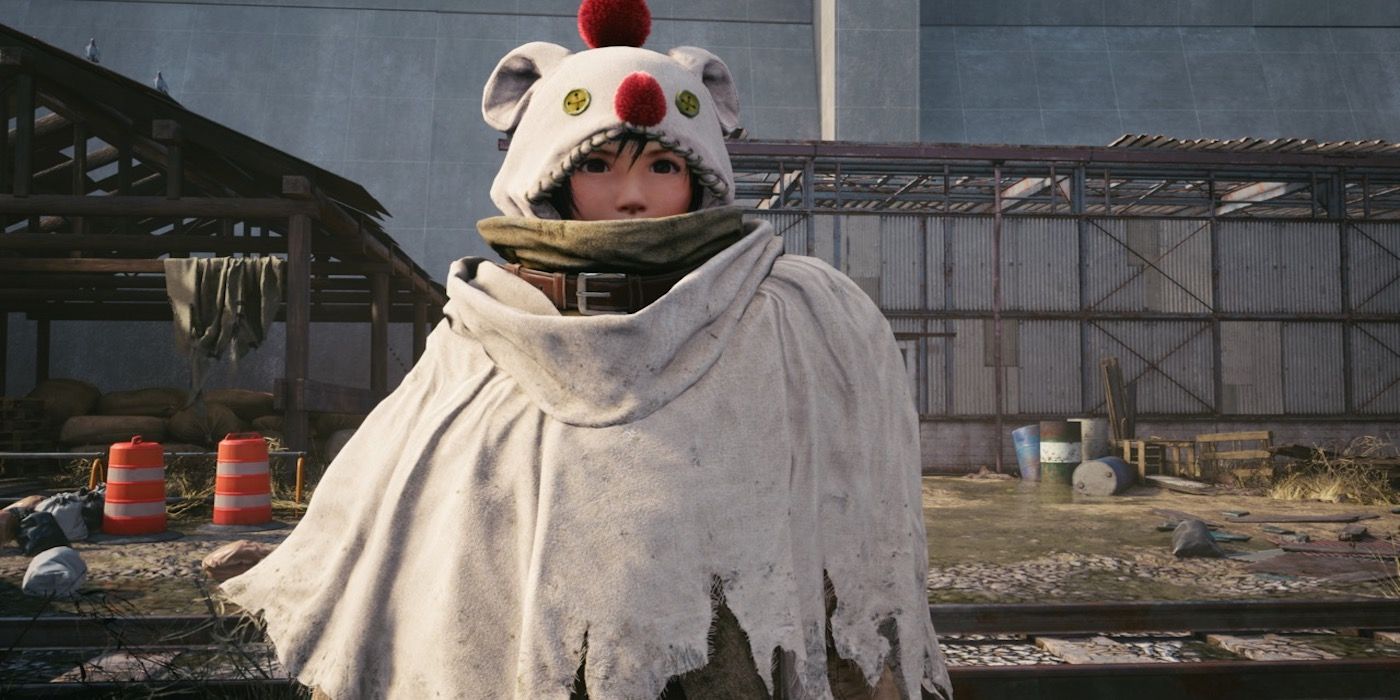 That’s too many damn places for one game. Did you envision each one? Do you recall how different they all are? I guess you can toss a bunch of low-res piles of literal junk together from the area outside the Sector 5 slums and label it North Corel.

Here, then. I’ll have a go. You knew this was coming because I spent the rest of this piece ranting about what won’t happen. Naturally, I want to regale you with my own opinion, because that’s what the internet is for.

Second game goes up to Nibelheim. That’s right. Nibelheim. Cloud and Tifa’s hometown, with its dozen-odd citizens who don’t remember a fire five years ago. You’re in and out in as many minutes. But Square is doing more than remaking Final Fantasy 7. It's reimagining it.

Turn Nibelheim upside-down. Make it the spot where Shinra catches up to Avalanche. Sephiroth shenanigans ensue. Maybe there’s a big, splashy battlefield out on Mount Nibel. The point is, we’ll probably get Cloud’s version of the past at the start of Part 2. Let’s go full circle at the end. Introduce Vincent along the way because when people start shooting each other someone is going to accidentally knock open a coffin. 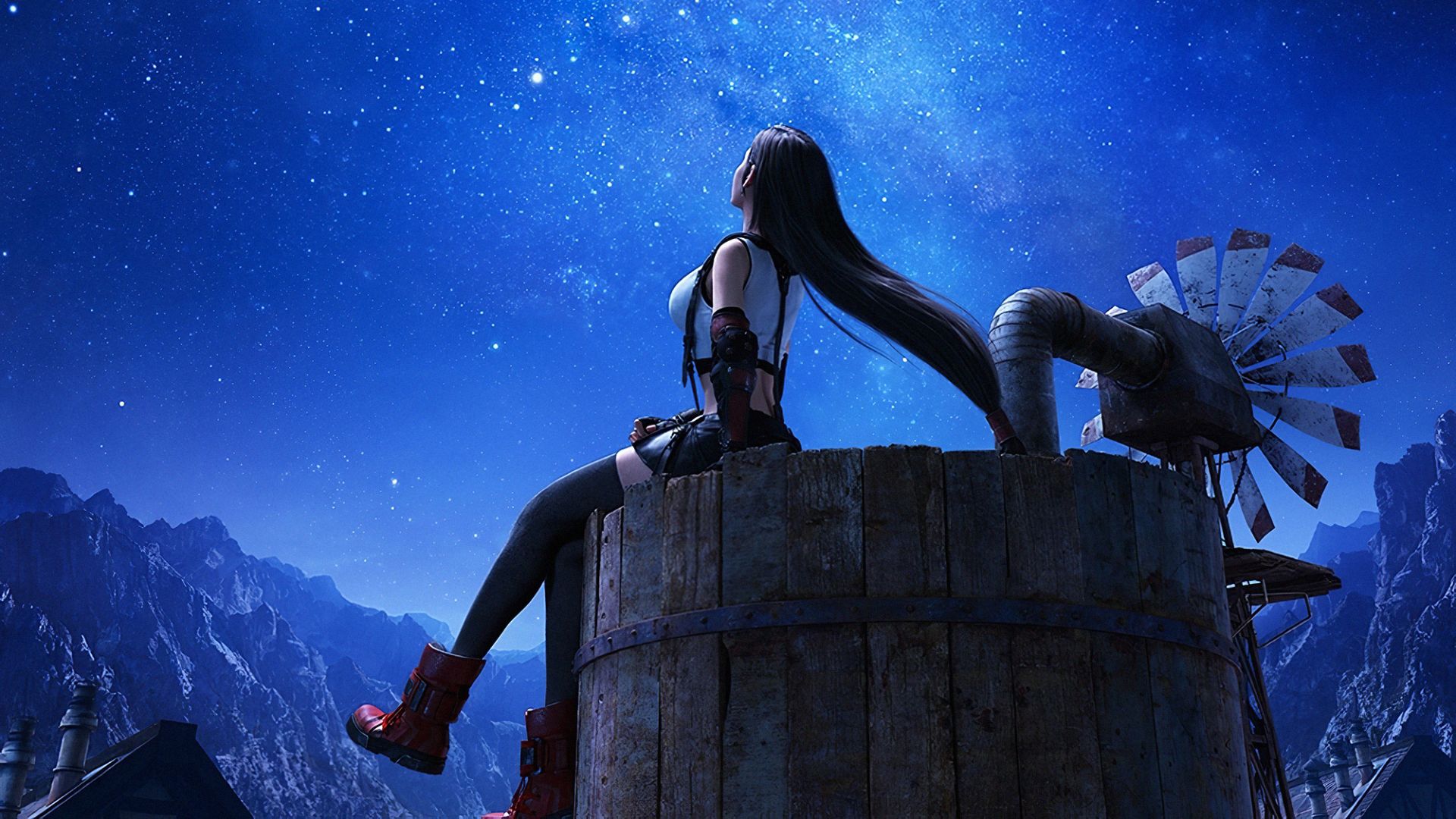 Next up, third game. Bring events all the way up to the Whirlwind Maze, which is after Great Glacier, and when all hell breaks loose. Most notably, that puts Aerith’s death around two-thirds into the game’s plot rather than having it serve as a closing piece. Why? Because this way, the writers get to have their sick, twisted fun making the last leg of Part 3 a total downer where everyone’s not just freezing but also completely depressed. The Empire Strikes Back. Infinity War. Penultimate chapters. Sad endings. This stuff writes itself.

The fourth and final installment doesn’t need to involve a bunch of new assets. Most of the world’s been built already, so you can do new things with all these established locations. Mideel is new, riding in a submarine to traverse the ocean depths is new, scaring the religion out of a fresh new generation of gamers with that first glance at Emerald Weapon lurking uncomfortably close in murky deep-sea darkness is new, but mostly we’re looking at stuff that’s already there. Build upon it. Finish strong. 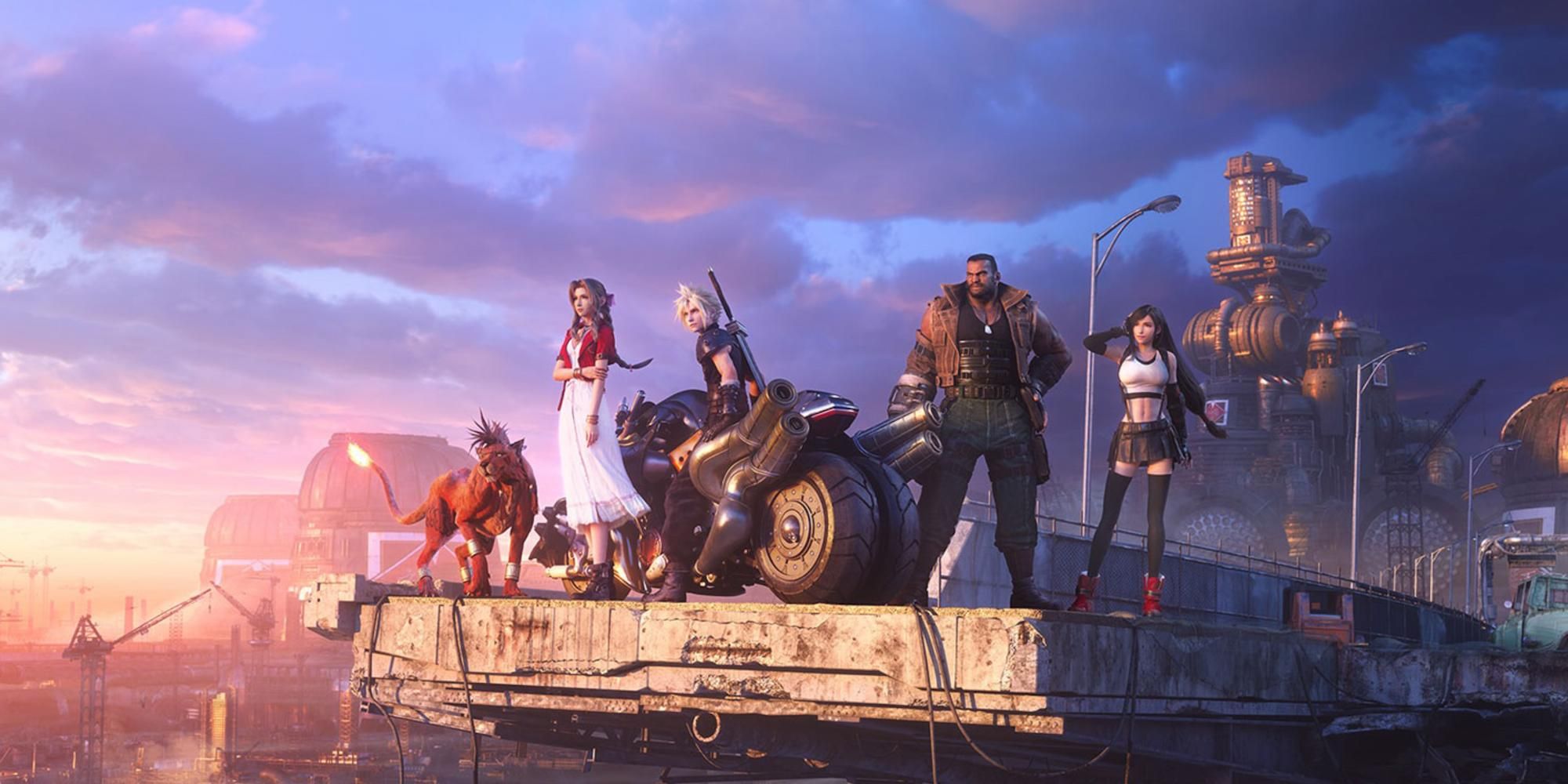 That’s just, like, my opinion. But it’s my opinion, so I like it. Do you like it, too? Or do you have a vision of your own? It’s okay if you do, but again, I enjoy my own brain’s musings the most, so thanks for giving me, just one Final Fantasy fan among millions, a few moments of your time.

Now, let's all pause and reflect on the sagely Barret Wallace's greatest quote — "there ain't no gettin' offa this train we're on till the end of the line."