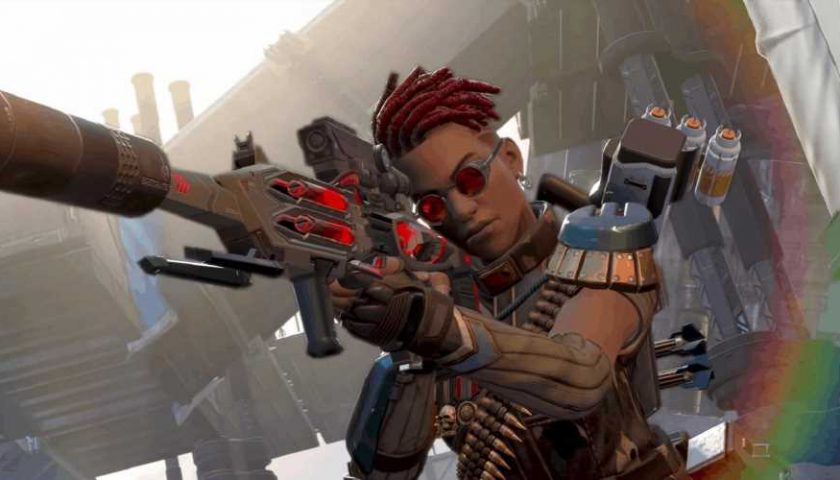 Apex Legends events can be hit or miss. I really enjoyed the PvE levels of The Broken Ghost, which focused on the relationship between Loba and Revenant, as well as introducing Ash and the most concrete link to the Titanfall games yet. The event took us into Kings Canyon at night where we had to defeat waves of Prowlers before planting a device and making it to the extraction point. It was kind of like single-player CoD Zombies in a way, and was a fun way of interacting with the lore.

Bloodhound’s lore event in Season 10 was similarly fun, although it added a chaotic element where the quests had to be completed mid-fight in battle royale mode. This ended up with tens of solo Bloodhounds dropping to specific areas of the map in an attempt to complete challenges (after a couple of friendly squats to signify their pacifist intentions) before disappearing into the ether.

Other events have been lacking, mostly taking place entirely in comics unlocked over the course of a season. The stories are interesting if you’re into the lore, but it’s hardly the most exciting way Apex has implemented its modes. I’m not complaining here, I understand there are time, technical, and budgetary constraints and limitations each season, but it’s always exciting when we get to play through lore in such a way. But with the strength of the Bangalore event so far, I hope Respawn makes it permanent.

We’ve only unlocked the first stage of Bangalore’s story event so far, the Scout of Action. It takes place in the Firing Range, which is a good compromise between running around Kings Canyon for Loba and attempting to find lore tidbits in the midst of battle as Bloodhound. As Bangalore is a soldier, the event consists of practising hitting targets with the G7 Scout. You need to hit 35 in a minute to progress, but that’s not the point.

There are some lovely touches the first time you take on the challenge. Bangalore, who is looking for her long lost brother, Jackson, fumbles reloading the Scout, something her IMC training would have drilled out of her many years ago. She’s reloaded this weapon more times than you’ve had hot dinners, and yet she fumbles. Something’s up. As you begin to shoot the targets when they light up, she recalls a conversation with Wraith. Jackson is dead – or presumed dead – but the files explaining where he’s buried were lost in a fire. Convenient.

Between flashbacks and shooting targets, Bangalore’s character is well realised throughout the event, but none of that is relevant after the first time you play. For most of these events, there’s no reason to play more than once, however that’s all changed in Scout of Action.

The reward for completing Scout of Action is a unique tracker that shows your high score in the shooting minigame, which is a clever way to encourage people to keep playing. It’s got big ‘one more round’ energy so you can record a personal best, beat your friends’ high scores, and generally show off with the tracker on your profile.

It helps that the game is immensely fun, too, like playing with air rifles at the funfair. There’s something about speed shooting that feels great, and Scout of Action nails it perfectly. I’ve even been forgoing Control matches to play a couple more rounds, and as Apex Legends’ most exciting mode, that’s saying a lot. But it being fun is not the only reason it should be kept as a permanent mode.

Imagine the competitions players could create in the Firing Range – a biathlon involving some kind of movement challenge followed by a round of Scout of Action, like Apex’s very own Winter Olympics. Straight-up shootouts or relay events could make the downtime between ALGS rounds more exciting. The possibilities are endless. Well not endless, but there’s certainly fun to be had. The Firing Range at present is boring and only useful to test buffs and nerfs at the start of new seasons.

Apex lacks a proper warmup as it stands. Most competitive players use third party aim trainers to get their clicks on point, and a lot of people jump into Arenas or Control as a warmup for the main event. Some make their own games in the Firing Range to test their movement or bubble fight ability against teammates. Now, Apex Legends has its own practice mode to help you get better and quicker at clicking heads. By the looks of things, we’ll be getting more with each stage of the Bangalore quest. I just hope they’re made permanent.