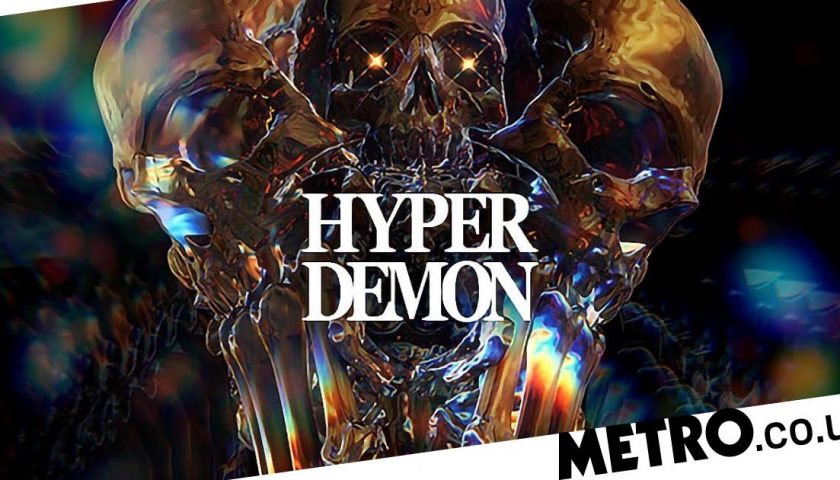 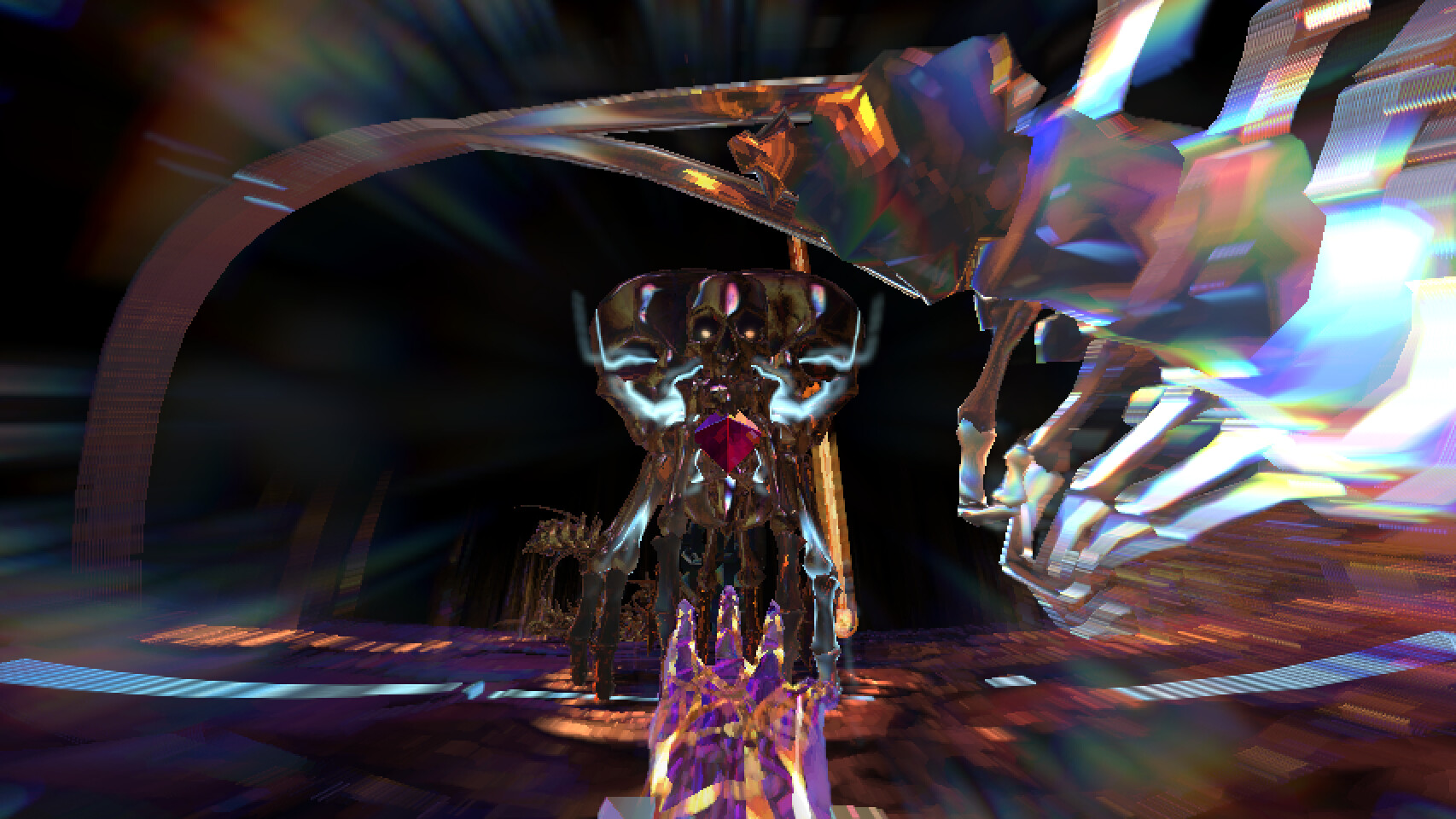 The most enjoyable first person shooter of the year is also the strangest, with a psychedelic speedrunner that demands ‘just one more go’.

Hyper Demon is a first person shooter but it has precisely nothing in common with Call Of Duty, Fortnite, or any other big name franchise you might care to mention. A swirling storm of light and colour envelops you the further you progress into its surreal depths. It might seem intimidating at first, and it is, but the feeling of power and invincibility from a great run is genuinely euphoric.

There’s no gathering of new weapons, no levelling up, no trading, just learning how the game works and the best tactics to destroy as many enemies in your path as you can, in as quick a time as possible. Despite how unique it seems, though, Hyper Demon is actually a sequel. Its predecessor, Devil Daggers, was all about survival and staying alive, whereas this experience is concerned with how fast you can kill.

You’re thrust into a blank, open space filled with eerie, multicoloured enemies that will relentlessly throw themselves at you. With limited mechanics to defend yourself, it becomes a race against time to rack up enough of a score to stay in the fight.

There’s no story in Hyper Demon, which is refreshing in itself, just the knowledge that every kill you get extends the in-game timer, which starts at 10 seconds and begins ticking down immediately – with the goal simply to have the most time left on the clock when you die. Killing enemies spawns more enemies, as your reflexes and your ability to crowd control are tested to their limit.

From the moment the game starts, Hyper Demon is ethereal, weird, wonderful, and exciting. The music is captivating, the oil slick colour palette swirling within the game’s title is beautiful, and yet there’s a level of simplicity that makes it clear the focus here is purely on gameplay. Almost as if you’ve been thrust back to 1993’s Doom, by means of a magic mushroom.

Seeking out enemies rather than avoiding them. as in Devil Daggers, brings with it a whole new set of risks, and an aggressive play style is essential when the only other alternative is failure. Having said that, Devil Daggers still brought its own level of intensity. The world record for survival is a mere 20 minutes, and on the first attempt you’d have been lucky to last seconds.

Scoring in Hyper Demon isn’t about how long you can survive, but how quickly you can slay the multitude of beasts surrounding you. The more enemies slain in a shorter amount of time, the higher your score will rise, and the bigger the enemy the bigger the score. The mechanics are simple but more extensive than they were in Devil Daggers, making Hyper Demon feel like more than just the same game with different rules.

Your machinegun and shotgun shoot daggers but by sucking up gemstones and other power-ups they can be turned into lethal laser beams that have the ability to lock onto targets. The power-ups can also be absorbed for impressive effects such as stronger fire for a limited period of time or a portal that can fling you high up into the air, in order to create a devastating stomp downwards.

Movement is limited, although you can use your shotgun to boost off the ground for a height advantage, and there are dash and dodge moves to help postpone death. Initially, the timing on the dodge can be tricky to nail down but finding the sweet spot soon comes naturally. There’s a handy in-game tutorial mode to guide you through these mechanics one by one, despite how bewildering the game might seem from just watching a trailer.

The key to success lies in finding your own most effective tactics, such as waiting to absorb gemstones until there’s a horde of enemies, to unleash the laser towards, or saving a bomb for a big demonic entity to do the maximum damage. Abilities such as this are useful, but you’ll soon realise that enemies can also be manipulated to your advantage.

Turning some on their backs, to use their stomachs as launch pads, and then stomping back down will cause huge damage to them and everything around them. While other large bosses spawn hordes of tiny skulls, which can be killed quickly and easily for not just a higher score but more ammunition.

A wonderful touch, from developer Sorath, is the inclusion of flashing red outlines for enemies that are not in your eyeline, but about to attack from behind. It feels like you’re enveloped in the darkness and the psychedelic swirling of your foes is never ending, but you’re also hyper-aware of everything that exists. At first glance, Hyper Demon looks confusing and messy, but being in the game, experiencing everything it has to offer, it feels like an entirely different beast.

The thing that makes Hyper Demon so successful and addictive is the knowledge that you can always do better. The high score is just around the corner. The enemies will continue to grow and swarm but what if you could reach a spot higher on the leaderboard? Don’t enter this game without several hours to kill. You’ll be hooked before you know it.

In Short: A superbly focused first person shooter that instantly gets to the heart of the genre, while providing plenty of unique twists – especially in terms of its psychedelic visuals.

Pros: Instantly accessible (despite what it may look like) and endlessly addictive, with a smart range of simple but highly adaptable gameplay mechanics. Helpful tutorial.

Cons: The visuals can be off-putting and disorientating at first.