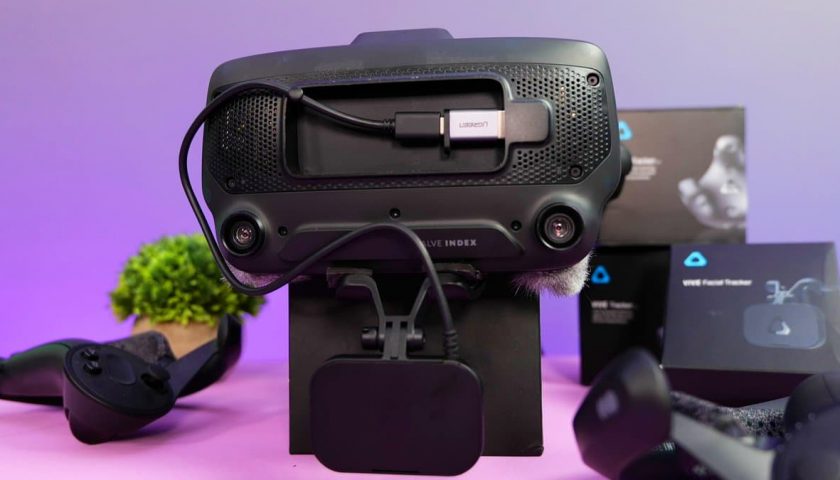 When HTC announced its VR Facial Tracker last week, the company said it was only compatible with the Vive Pro headsets. As others having been finding out, though, that’s not quite the case.

Multiple reports from around the web show the Facial Tracker, which captures the movements of a user’s mouth and then mirrors them on compatible virtual avatars, working on other devices. YouTuber VR Oasis, for example, got it working on his Valve Index headset, but not without a little DIY. He had to get a USB-C adapter to fit it into the headset’s USB slot, for example, and then stick the tracker on with double-sided tape.

Meanwhile, MRTV got the kit running on the Oculus Quest 2, too, and even has a video to prove it.

Shen Ye, Senior Director and Global Head of Hardware Products later confirmed these reports on Twitter, but added two important disclaimers. “We can only guarantee performance with Pro as that’s the exact position we’d originally trained the recognition on,” Ye explained, later adding: “USB A (m) to C (f) is actually against USB-IF specs. These adapters have no spec to conform to, so attempt this at your own risk.”

It’s not the first time gear made for the HTC Vive has ended up finding a home on other devices. Some Oculus Quest 2 owners are using the company’s Deluxe Audio Strap as an alternative headband for the headset via a popular mod named the FrankenQuest.

Obviously if you’re not using the tracker with the Vive Pro Eye then you won’t get the benefit of eye-tracking too. If you are considering this for yourself then please do keep Ye’s warnings in-mind.