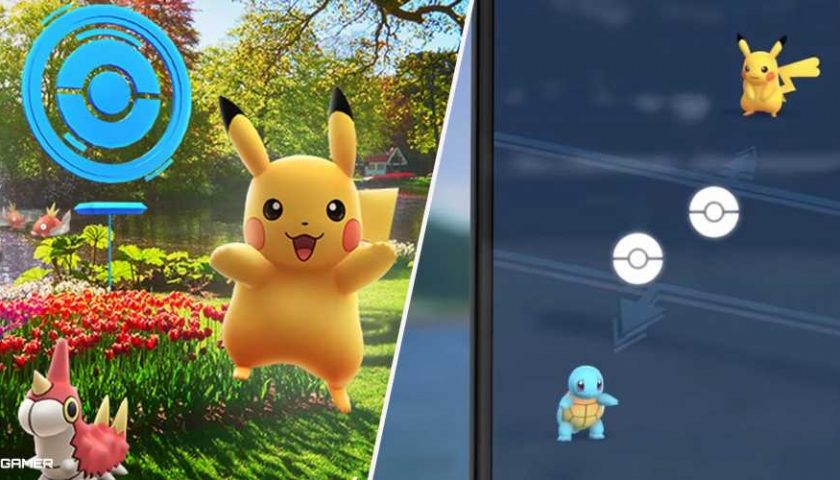 All over the world, people are playing Pokemon Go. These beloved creatures have wormed their way into our hearts and aren't leaving anytime soon! Who wouldn't want them in their pocket at all times?

As a Pokemon trainer, it's only natural that you'd want to trade Pokemon with your friends. Other trainers can give you powerful Pokemon you may not have, help you earn extra Candies to power up your best teammates, and more! In this article, we detail everything you need to know to be an informed trader in Pokemon Go.

How To Trade Pokemon With A Friend 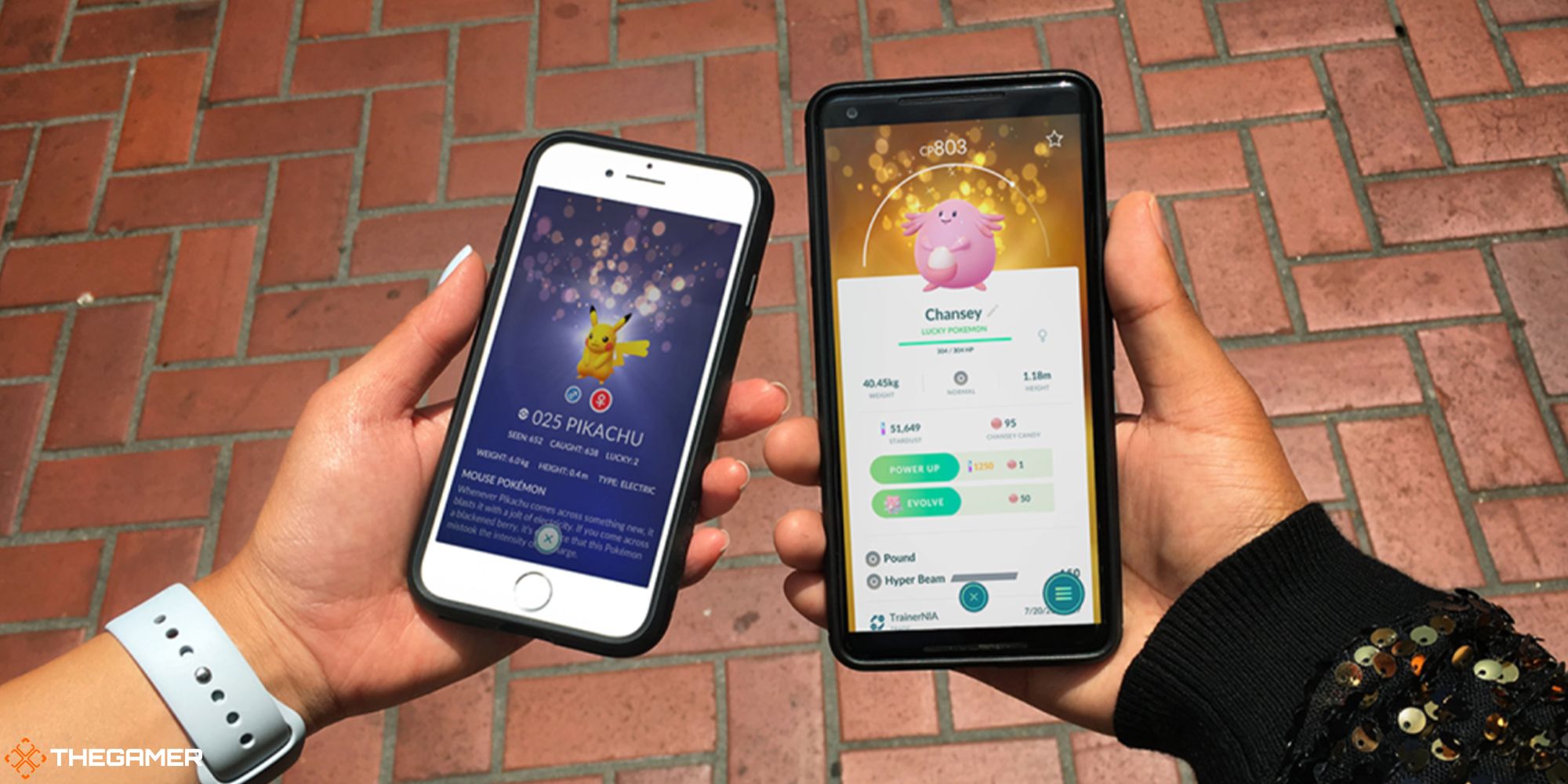 In order to trade Pokemon with someone, you must be Friends with the other trainer and both trainers must be at least level 10.

You can trade any Pokemon except:

Each trainer can only make 100 trades per day, but you'll probably never have to worry about that.

1. Hang Out With The Other Trainer In Real Life 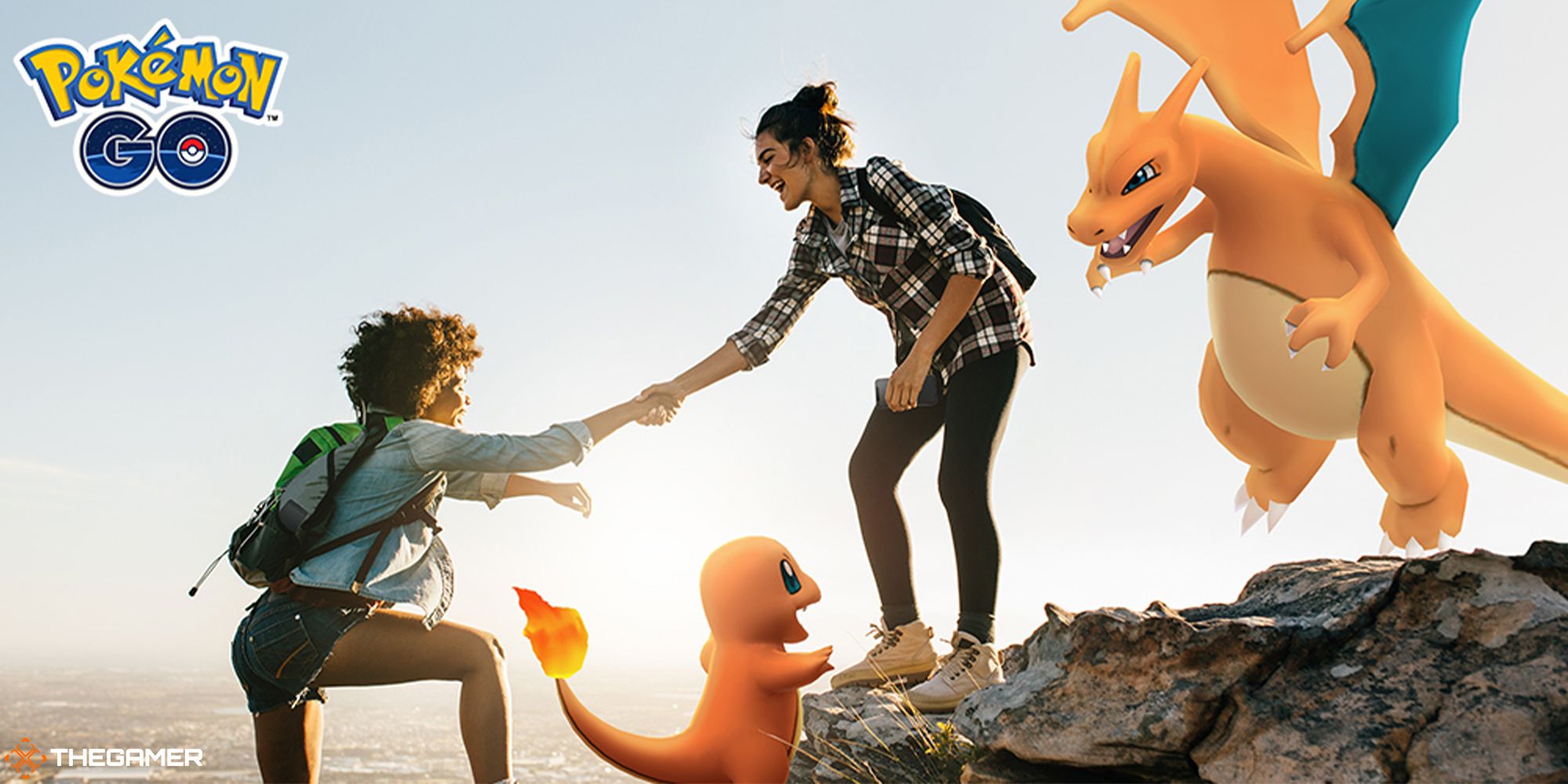 In order to trade with each other, the two trainers must be within 40km of one another. While that is a considerable distance to play with, we don't recommend that you meet up with strangers to trade Pokemon.

2. Pull Up The Other Trainer's Profile 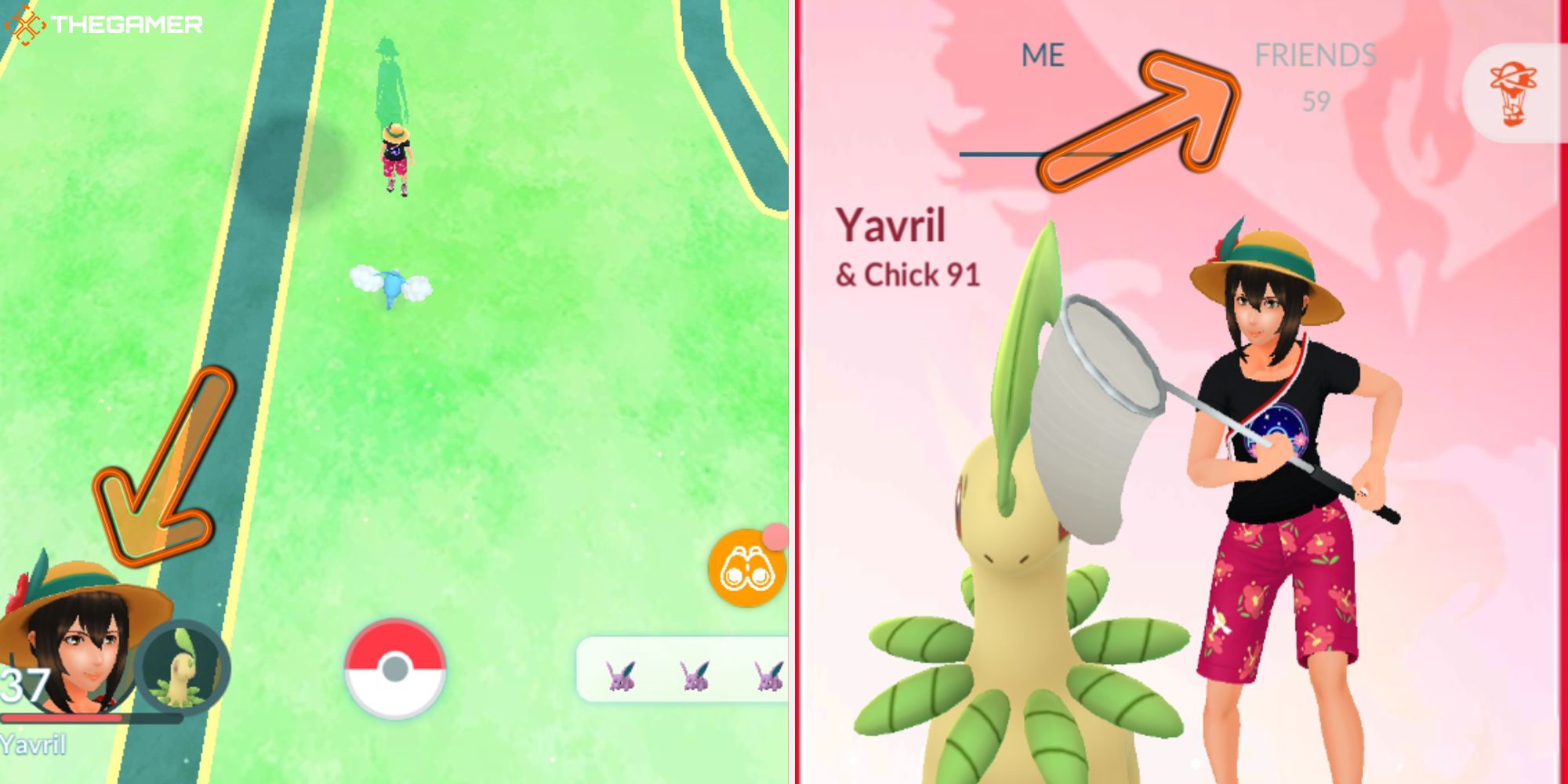 Start by finding the other trainer on your Friends list. Tap on your own face on the main screen, then swipe to reach your friend's list. 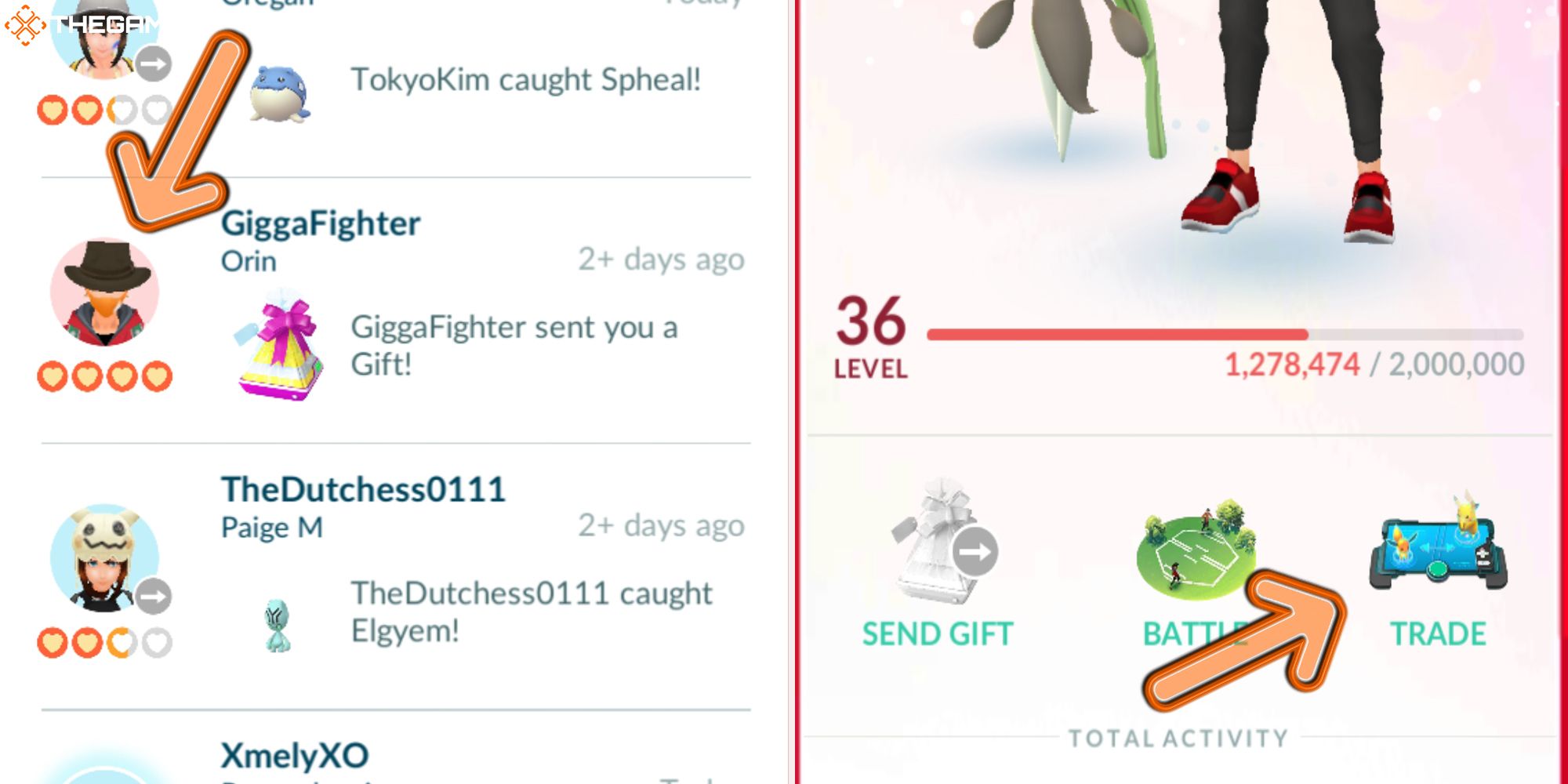 From there, find and tap on the player you want to trade with. Select 'Trade' from the menu to start trading. Both players need to do this.

Occasionally, Pokemon Go will incorrectly tell you the other player is too far away to trade; if that happens to you, just back out of your Friends list and try again.

3. Connect And Choose A Pokemon To Trade 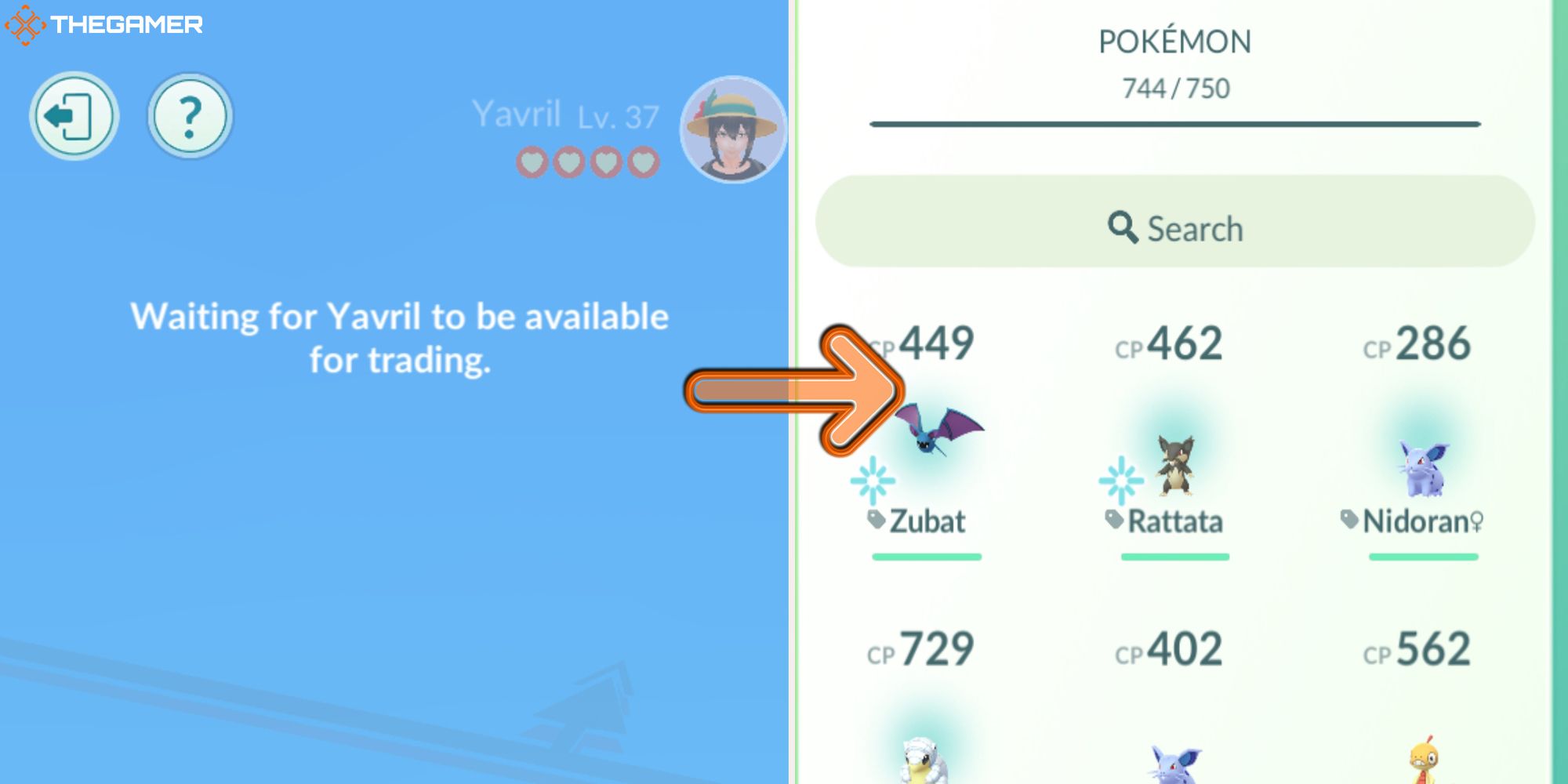 When both trainers have entered the trade, it will automatically pull up your list of Pokemon. From here, you can search using any of the normal filters and select a Pokemon you want to trade. 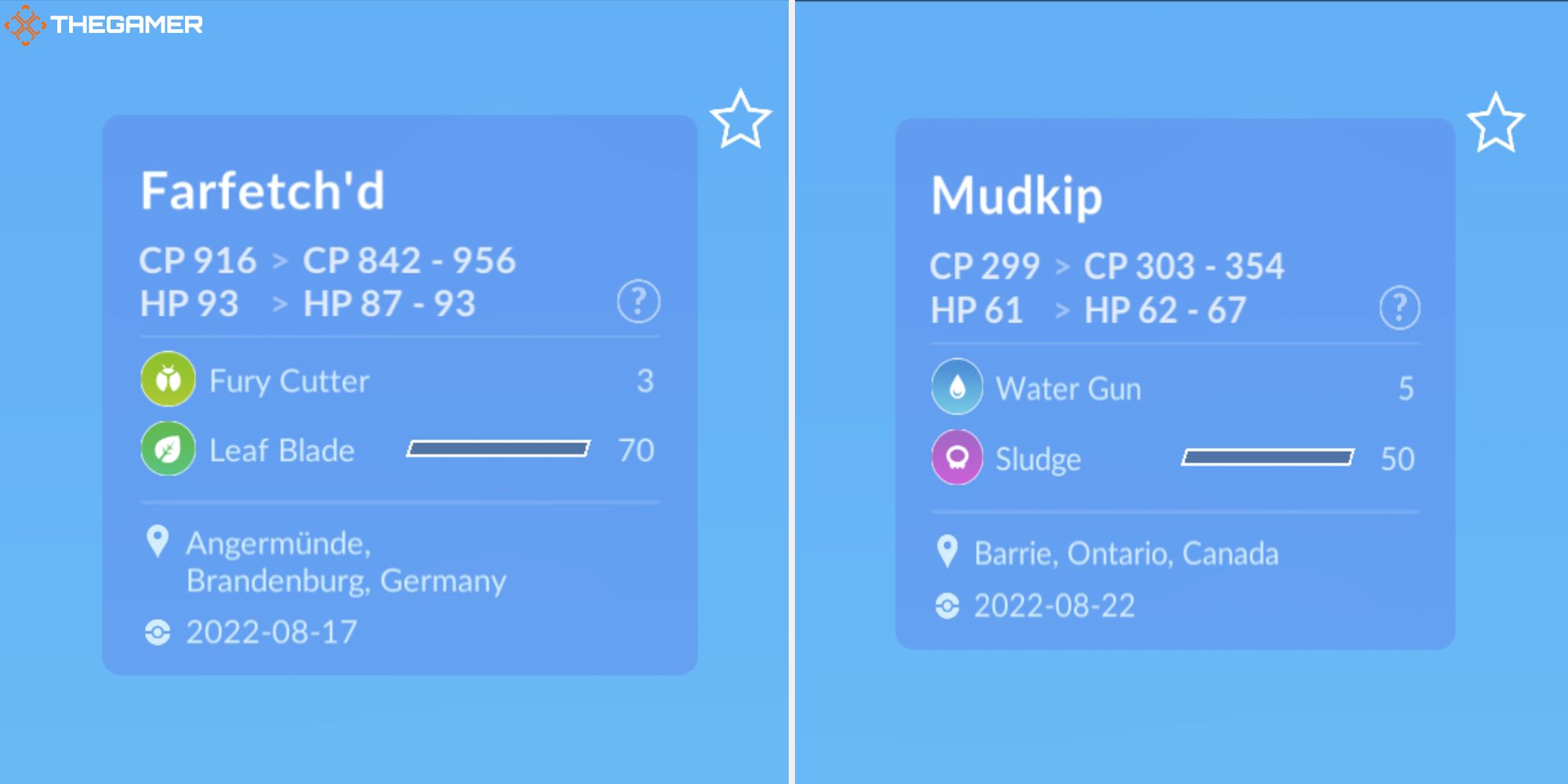 Once you select a Pokemon from the list, it will ask you to confirm your choice. This little menu shows you the moves this Pokemon knows, where it was caught, when it was caught, and what the Pokemon's CP and HP might be after the trade. 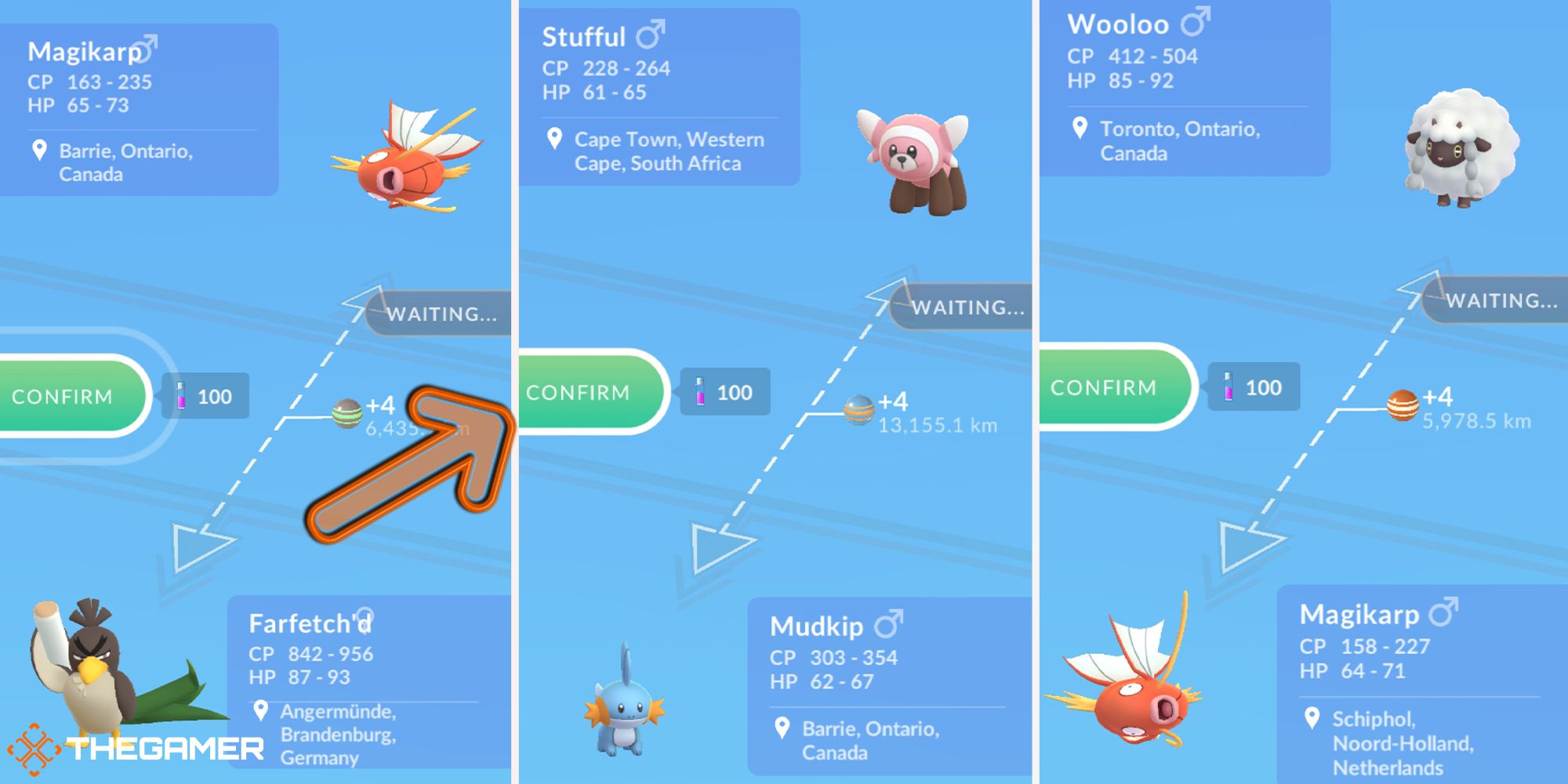 Confirm your choice one more time on the menu where you can see both the Pokemon; this is here to avoid a player making a trade that they feel is unfair. Once both players have hit confirm, the trade will commence! 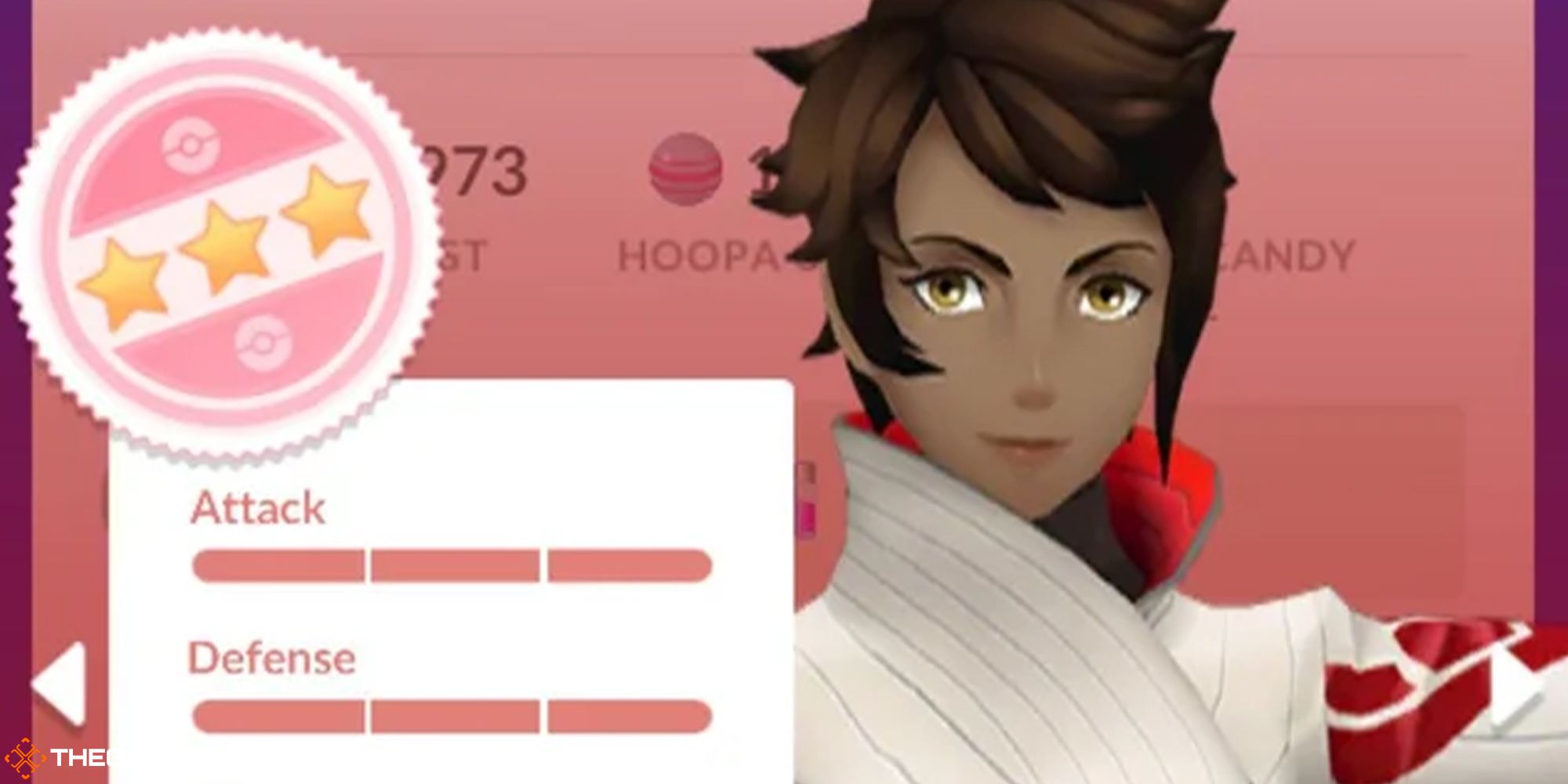 After you receive a Pokemon, the game will pull up its summary. This is important because, as we alluded to earlier, a Pokemon's CP, HP, and stats are rerolled after a trade. There are lots of reasons behind this, including balancing Pokemon that high-level players give to low-level players. 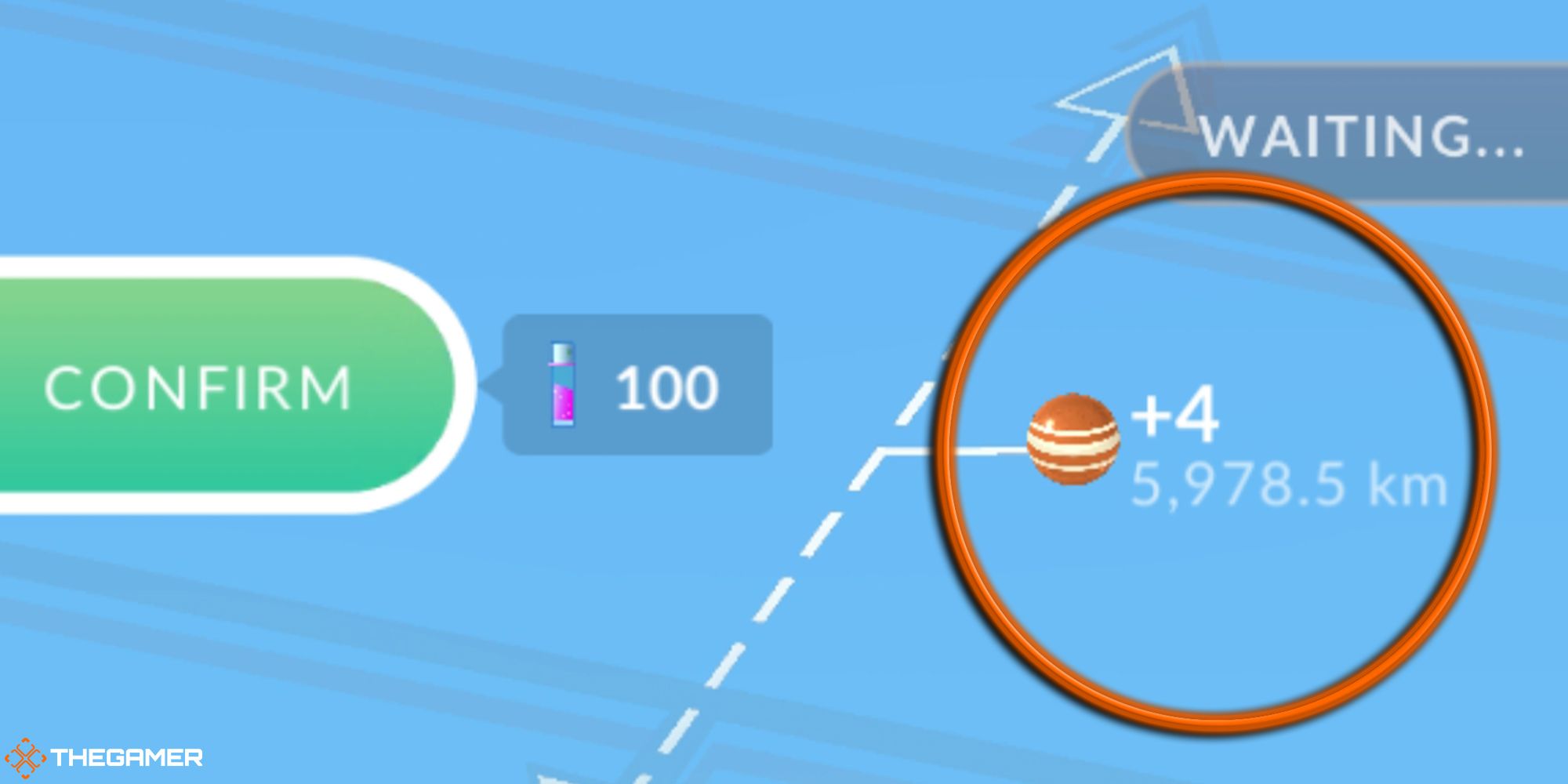 Each time you trade a Pokemon, you earn at least one of that Pokemon's candy.

When you catch a Pokemon, the game records where in the world you were and attaches that location to the Pokemon. If two Pokemon being traded were caught far away from one another, you will earn more Candies.

At level 31, you also have the chance of earning one Candy XL from a trade. The number of Candies XL you receive will not change based on distance, but your odds of getting it will.

Some special events may alter the number of Candy or Candy XL that you receive.

What Are Special Trades & Lucky Trades? 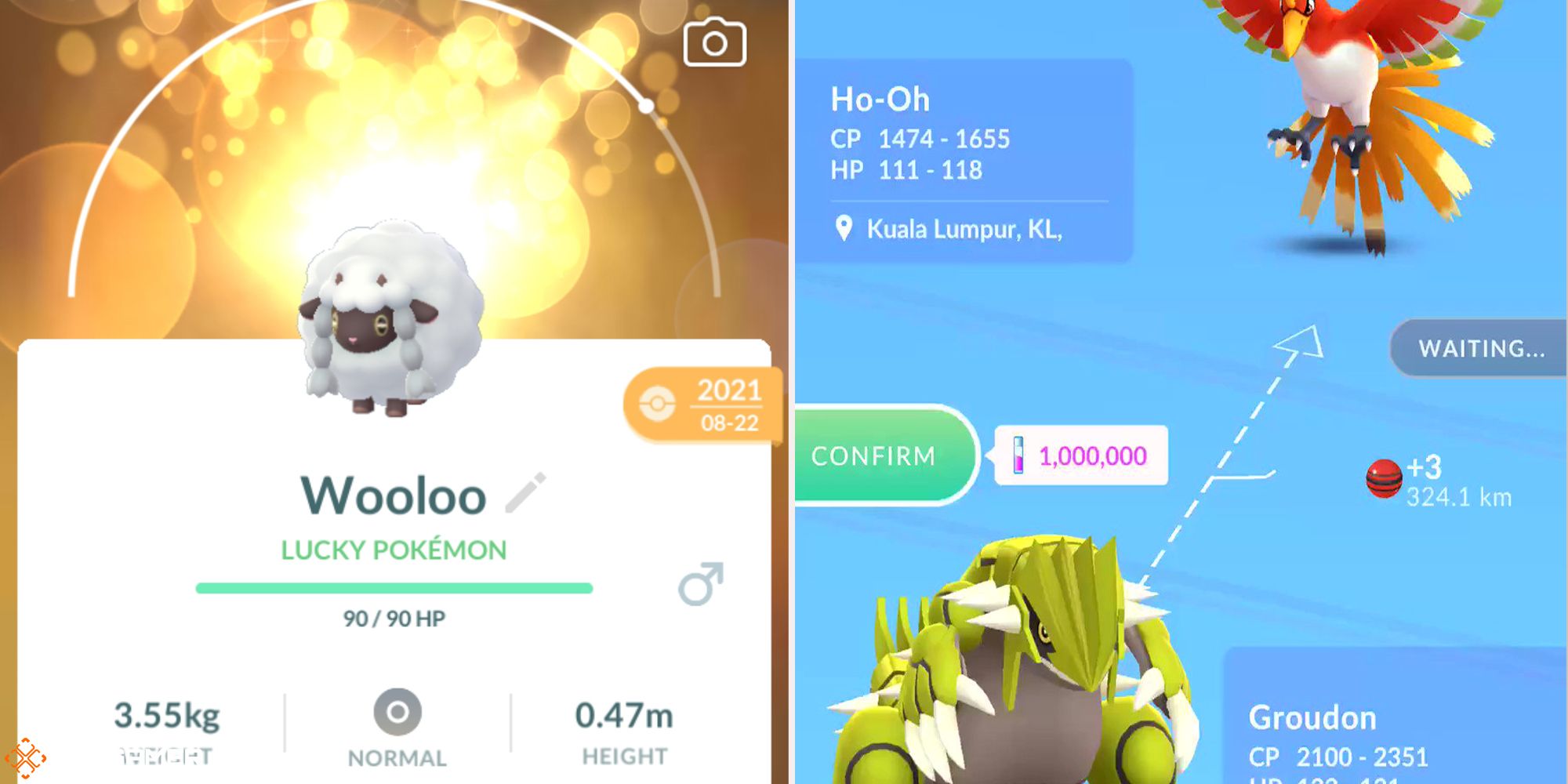 There are two unique types of trades: Special and Lucky.

Lucky Trades are a bit more complicated, so we have a guide dedicated to explaining it, but they're basically trades that result in extra-special Pokemon. Check out the guide for all the details, including how to get them!

If a trade you're making in-game is a Special Trade, that means that something about the trade is abnormal. It has to do with the Pokemon you and your friend choose to trade with one another. Any of the following circumstances will lead to a Special Trade:

The game still allows you to trade if it meets one of the circumstances above, there are just some consequences. First, you can only make one Special Trade per day. The only exception is during some events, when Niantic has been known to allow more than one in a day. Second, you must be Good Friends or better to make a special trade. ​​​​​​​Third, a Special Trade costs significantly more Stardust.

How To Calculate The Stardust Cost Of A Trade 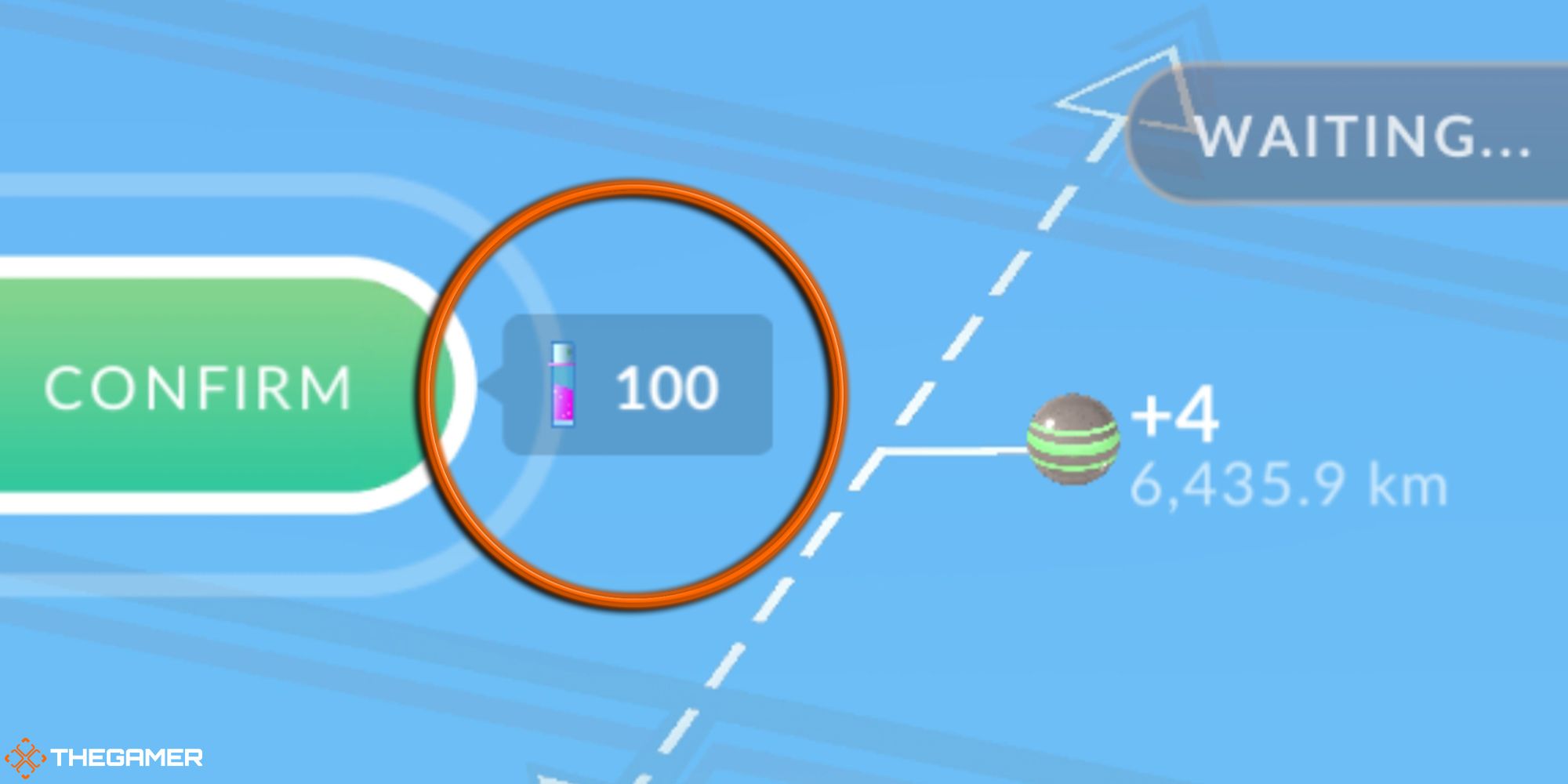 Trading Pokemon costs you and your friend Stardust. It can be anywhere from 1,000,000 Stardust to just 100 Stardust! Having a high friendship level and having the Pokemon registered in your Pokedex already will both decrease the Stardust cost of a trade.

To calculate the Stardust cost of any individual trade, refer to this chart:

It's worth pointing out that Purified Pokemon cost the same amount to trade as regular Pokemon, even though they require a Special Trade.

Pokemon That Evolve Via Trading 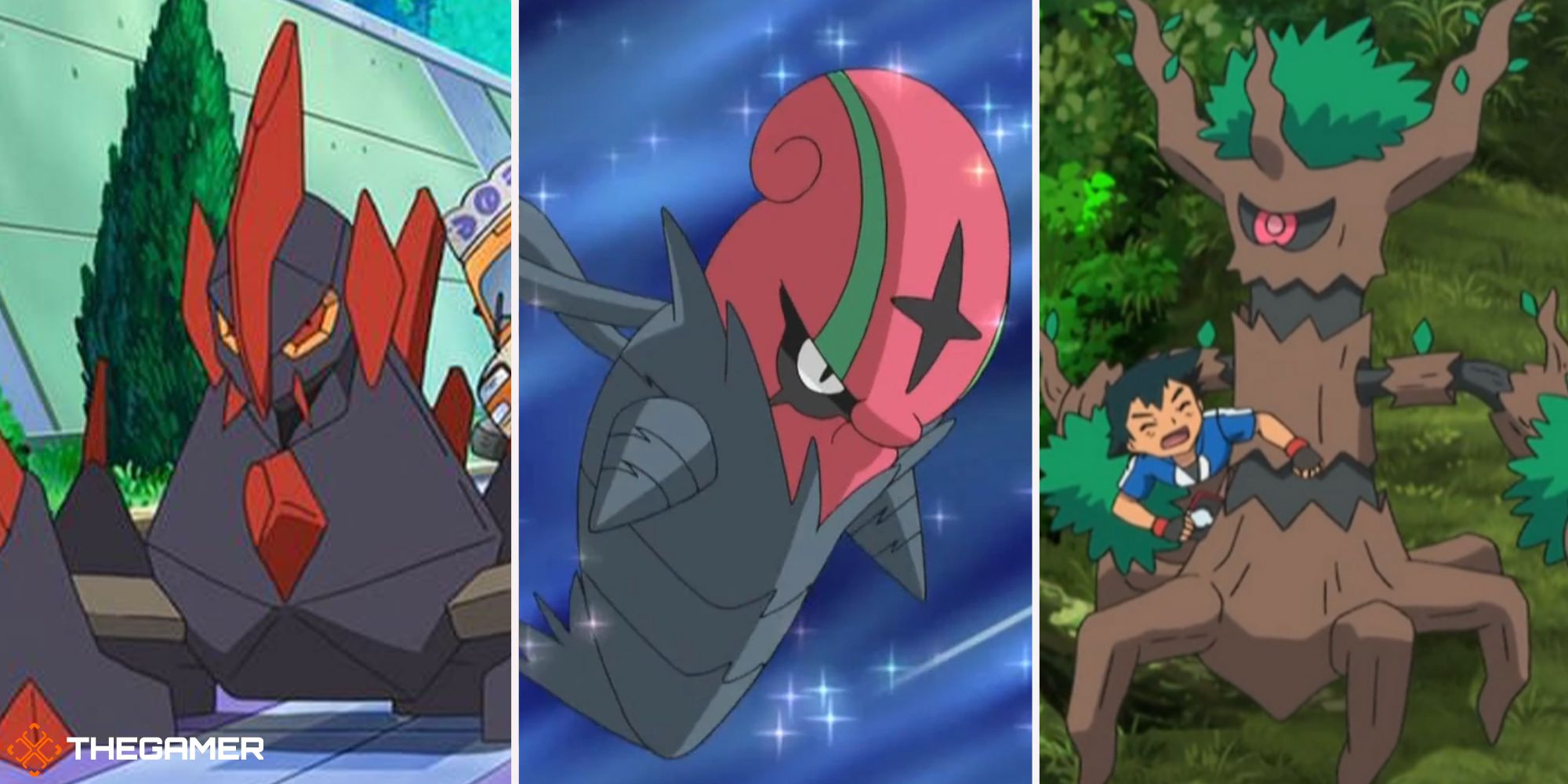 Certain Pokemon can be evolved without any candy if you received it from a friend in a trade. These include:

If the benefit is given in the second evolution step, it still counts if you receive the lowest form in the trade. You evolve it into the second form using candies, then into the third form for free.

For example, if you receive Geodude in a trade, you can evolve it into Graveler with 25 Candies and then into Golem for free.