The inter-planetary satirical sci-fi adventure Journey To The Savage Planet is one strange yet extremely enjoyable experience. Given the fact that it begs exploration and resource allocation, joining up with a friend is an absolute necessity. The developers practically beg of it, given the No Refunds 4-hour achievement.

While snagging that trophy might be a tad too difficult, it’s luckily relatively simple to start up a co-op game. There are just a few key elements and caveats players need to know before crash landing into their buddy’s world.

Teased all the way back at PAX West 2019, Savage Planet’s co-op capabilities are realistically the game’s biggest draw. In order to play along with a friend, the host player needs to not only specifically start up a Cooperative game from the main menu, but then likewise invite you from either their Xbox One or PS4 friends list. If you’re on PC, simply navigate the Epic Games launcher similar to console in order to invite or request to join a friend’s game. Luckily it’s not as confusing as the co-op in Luigi’s Mansion 3, but it’s just as—if not a tad bit more—fun.

Keep in mind that whatever progress you may make within a friend’s world won’t directly impact your own playthrough. Your buddy, however, will be walking away with the most benefit, seeing that all of those accrued resources and completed missions will be saved in the host’s session. It’s also important to note that Journey to the Savage Planet does not offer cross-play, so if your buddy is on console while you’re working from the Epic Games launcher, you both, unfortunately, won’t be able to play together. 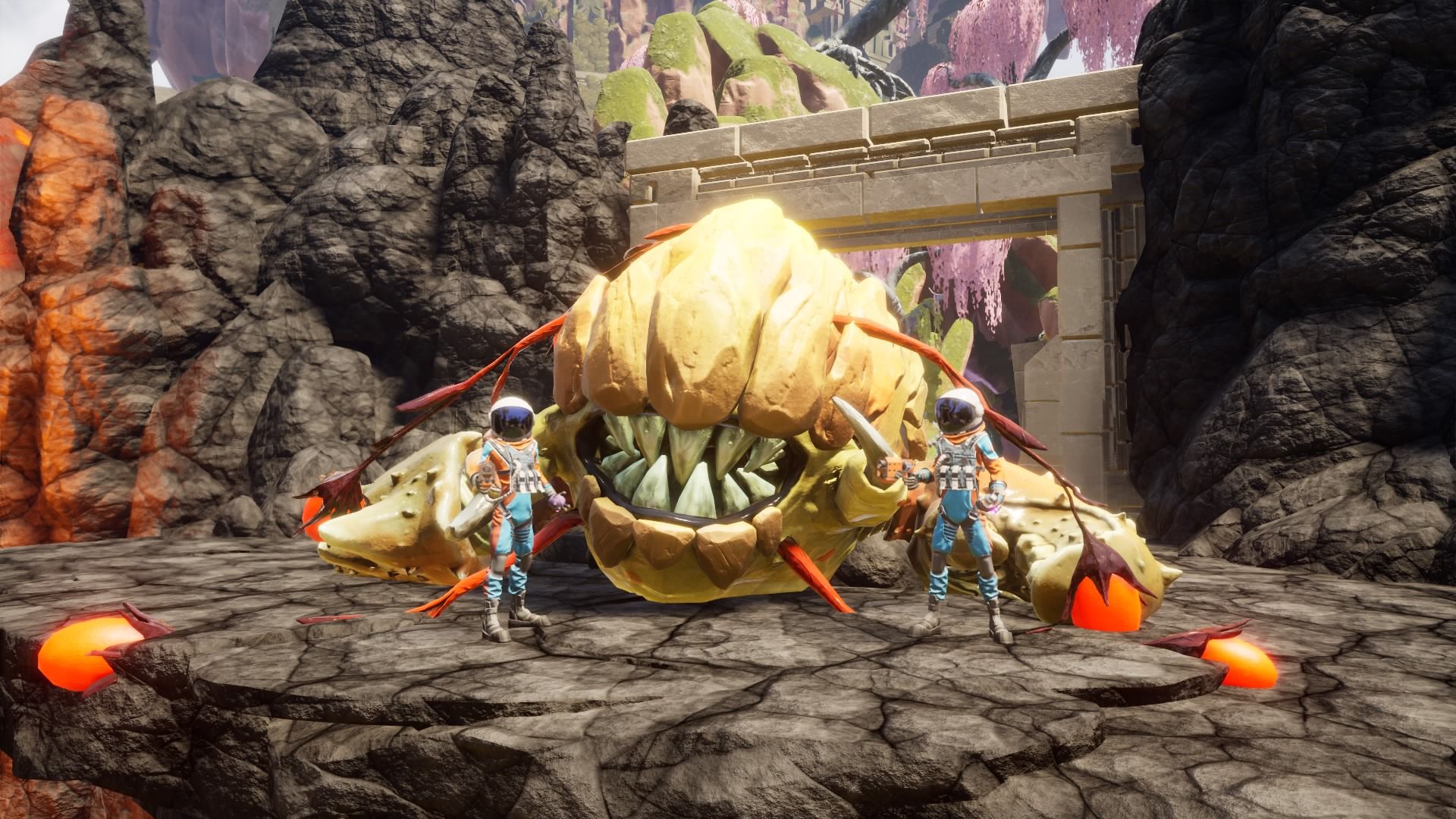 While Journey to the Savage Planet is still an awesome single-player experience filled with humor and emotion of its very own style, it’s simply not the same exploring its vast and beautiful world all alone. Emulating the collaborative feel of something like GTFO, Savage Planet is one of those few games that comes along necessitating a bud to enjoy the many wonders the title can provide in full. There’s just nothing like taking out a Sproutlook or Kapyena all alone. The enjoyment comes from sharing the experience, both its comedic high points and the mundane resource-gathering.

It may, after all, be a savage planet. Yet, it doesn’t have to when there’s a companion by your side.