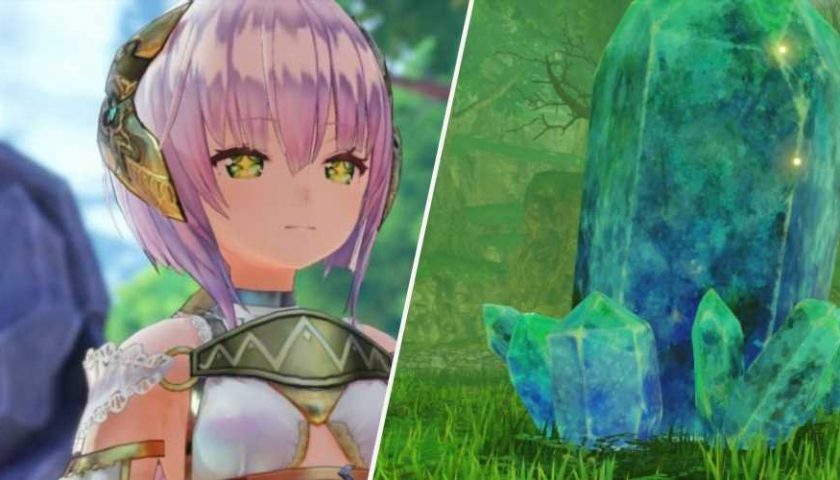 Atelier Sophie 2's weather patterns are positively beautiful. Clear skies cast a lovely light down upon Sophie and friends, while heavy rainstorms flash bolts in the night. Humid jungles practically feel the part thanks to their visible wetness, while dry deserts practically parch players with their distant mirages.

That's all well and good, but sometimes the beauty is undermined by frustration. Heavy flooding might block a path, or a route that seemed destined to go beyond a certain point comes to a sudden halt thanks to unforeseen debris. The game's motley cast of characters won't know this at first, but there is a way to get past this. Dreamscape Stones are shiny, weather-shifting chunks of rock with the incredible ability to alter the landscape to your taste.

Where to Find Dreamscape Stones 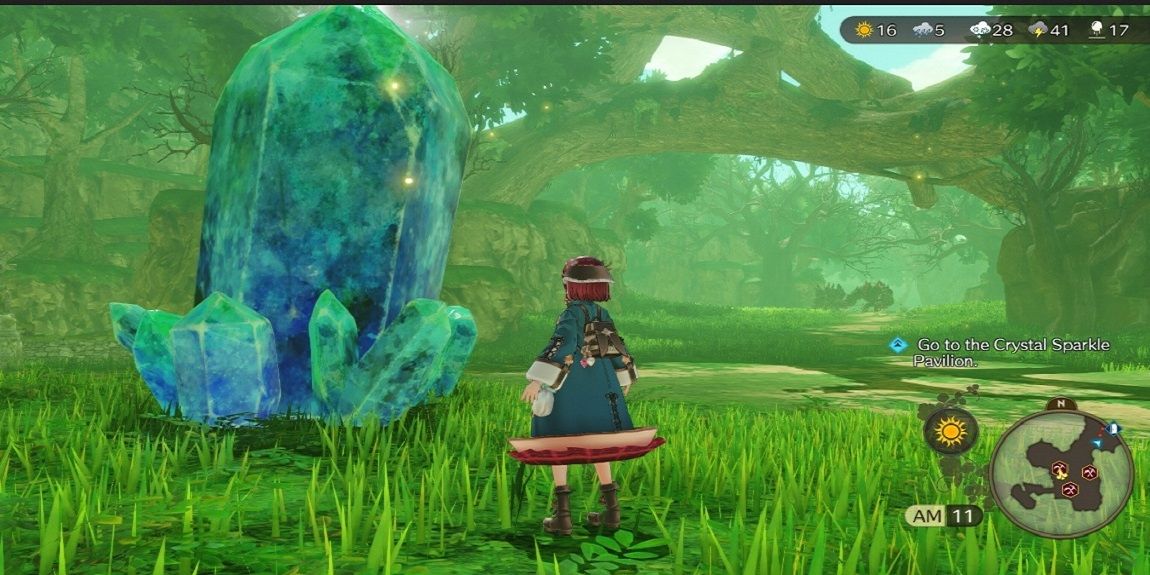 The core ingredients needed for Dreamscape Stones come in a trio of brightly colored rocks: Red, Yellow, and Blue. Finding them is as simple as wandering around for a bit in most of Atelier Sophie 2's sprawling areas. They're often in somewhat inconspicuous locations, like just behind a bend. On other occasions, they're in plain sight. The game clearly wants players to discover them, but why?

Technically, you're reading this article, so you already know the answer. But within the context of the game itself, the answer isn't really delivered until about a dozen-odd hours into the adventure. Hence, their simple color-based identifiers. It's essentially the gathered items' menu saying "ooh, shiny thing" and leaving it at that.

Progression through the plot allows Sophie to craft with these, creating the items necessary to alter the weather. Note that if you try, but fail, to change the weather in the Windswept Plains, you haven't hit a glitch. Since this is such an early zone, it's constantly got a blue-skies vibe going on to remain invitingly casual.

In case you're curious, there's a reason Dreamscape Stones are labeled as such, and it's a pretty cool reason at that. The land Sophie traverses is influenced by the dreams of its inhabitants, and when you tap into the powers of a Dreamscape Stone, you're altering a person's very subconscious. No wonder it takes a while to reach this point — that's a hefty responsibility.