There’s little question that cloud-based software played a pivotal role in helping the corporate world rapidly shift to remote work in 2020. Adoption has included everything from real-time video communication and asynchronous messaging to virtual events and HR management. However, many jobs are rooted in the physical realm, including manual and industrial positions, something teleoperation startup Phantom Auto wants to change by becoming what it calls “Zoom for the physical world.”

Founded in 2017, Phantom Auto develops remote operation software that integrates with unmanned vehicles, from robo-taxis and delivery robots to forklifts and yard trucks. Businesses can use the software to monitor and control fleets from afar or draw a path for a robot to follow. Today, the company announced a partnership and strategic investment from ITS ConGlobal (ITSC), one of North America’s largest integrated “intermodal service providers.” ITSC operates rail and port terminals and provides freight infrastructure to major railroad companies, including Union Pacific, BNSF, and Norfolk Southern.

ITSC operates more than 30 of its own container yard depots, where yard trucks cart heavy industrial loads between points. The company said it loads and unloads around 8 million “intermodal shipments” annually. Moving forward, ITSC will roll out Phantom Auto’s remote operation software to train yard truck drivers to remotely control the vehicles, all while remaining socially distanced. Normally, both the trainer and trainee would sit together inside a truck’s cab, but now trainers will be able to sit inside the truck’s cab, with the trainee sitting at a remote console “observing, listening, and at times remotely driving the truck.” Later in the process, the two can switch positions.

ITSC said its teleoperation integration will initially be operational at its Bay Area depot from January, with remote operators stationed on the West Coast and in Texas. 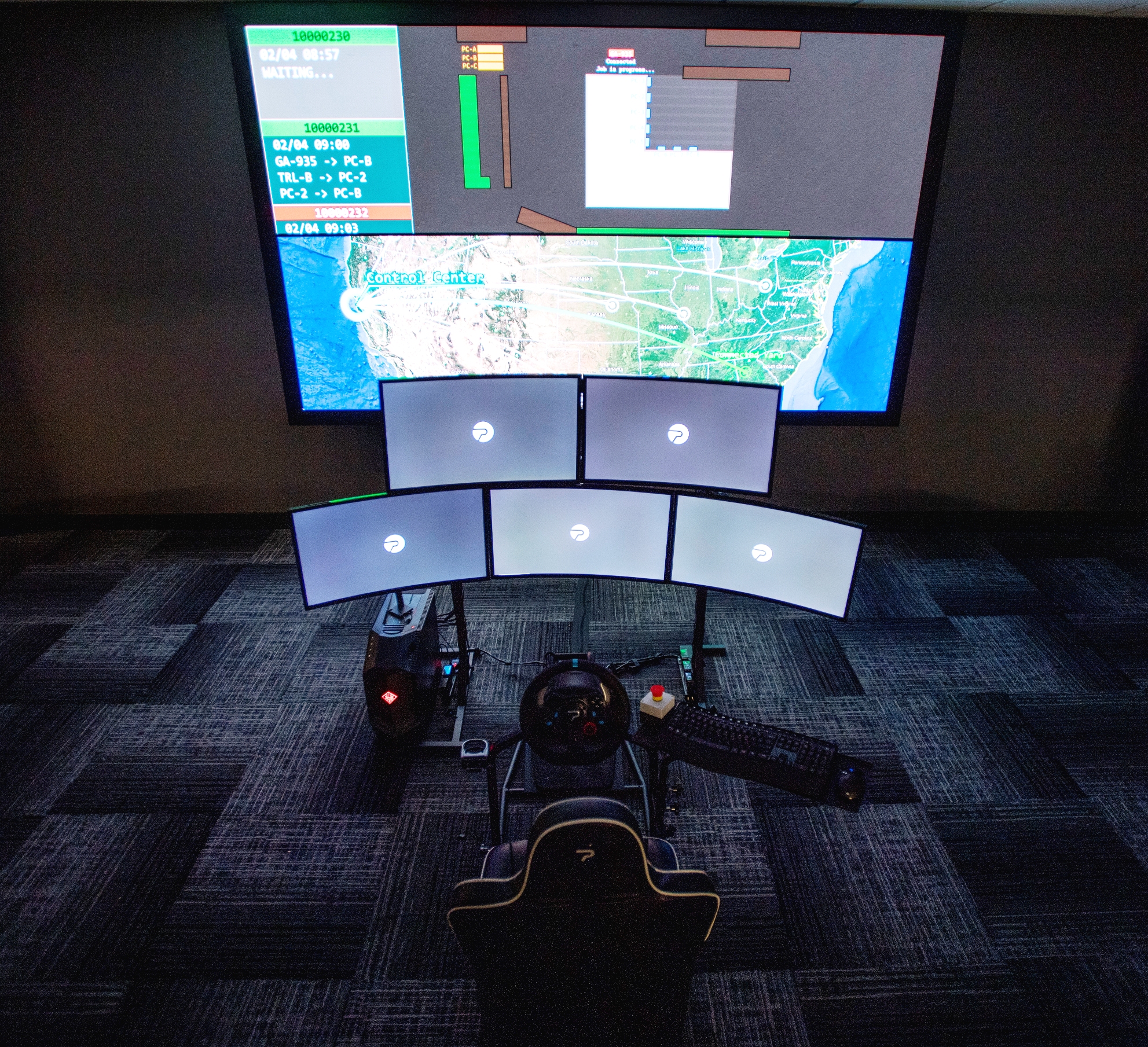 Above: A typical setup for a Phantom Auto remote operator control center.

This type of setup could lead to what is known as “labor arbitrage,” allowing companies to more cheaply hire operators who live further from depots and warehouses in premium locations. This also opens up the potential hiring pool considerably and negates the need for workers to relocate. And there are potential safety benefits — the Centers for Disease Control and Prevention (CDC) estimates that around 100 workers are killed and 20,000 are seriously injured in forklift-related incidents annually in the U.S. alone.

“This isn’t about replacing people with technology — our work involves a high degree of operational complexity, and thus humans need to remain in control of the equipment,” ITSC CEO Brant Ring told VentureBeat in an emailed statement. “This is about using technology to increase the safety, productivity, and impact of our people. At a fundamental level, remote operation increases our enterprise-wide operational resilience so that we can better serve the needs of our customers now and into the future.”

This also goes some way toward bridging the divide between so-called blue collar and white collar jobs.

“With the pandemic, everyone is talking about things like Zoom when it comes to remote work, but remote work has always been a privilege reserved for people who are not doing physical tasks,” Phantom Auto cofounder Elliot Katz added. “Our technology is like Zoom for the physical world, and our customers are bestowing that same remote work privilege on their employees that formerly had to be physically inside vehicles to operate them.”

Unlike Zoom or Slack, which can be easily installed at home on pretty much any standard device and internet connection, teleoperation is complex and requires dedicated equipment and control centers. While it doesn’t entirely bring parity to the remote workforce, it is a step in that direction. 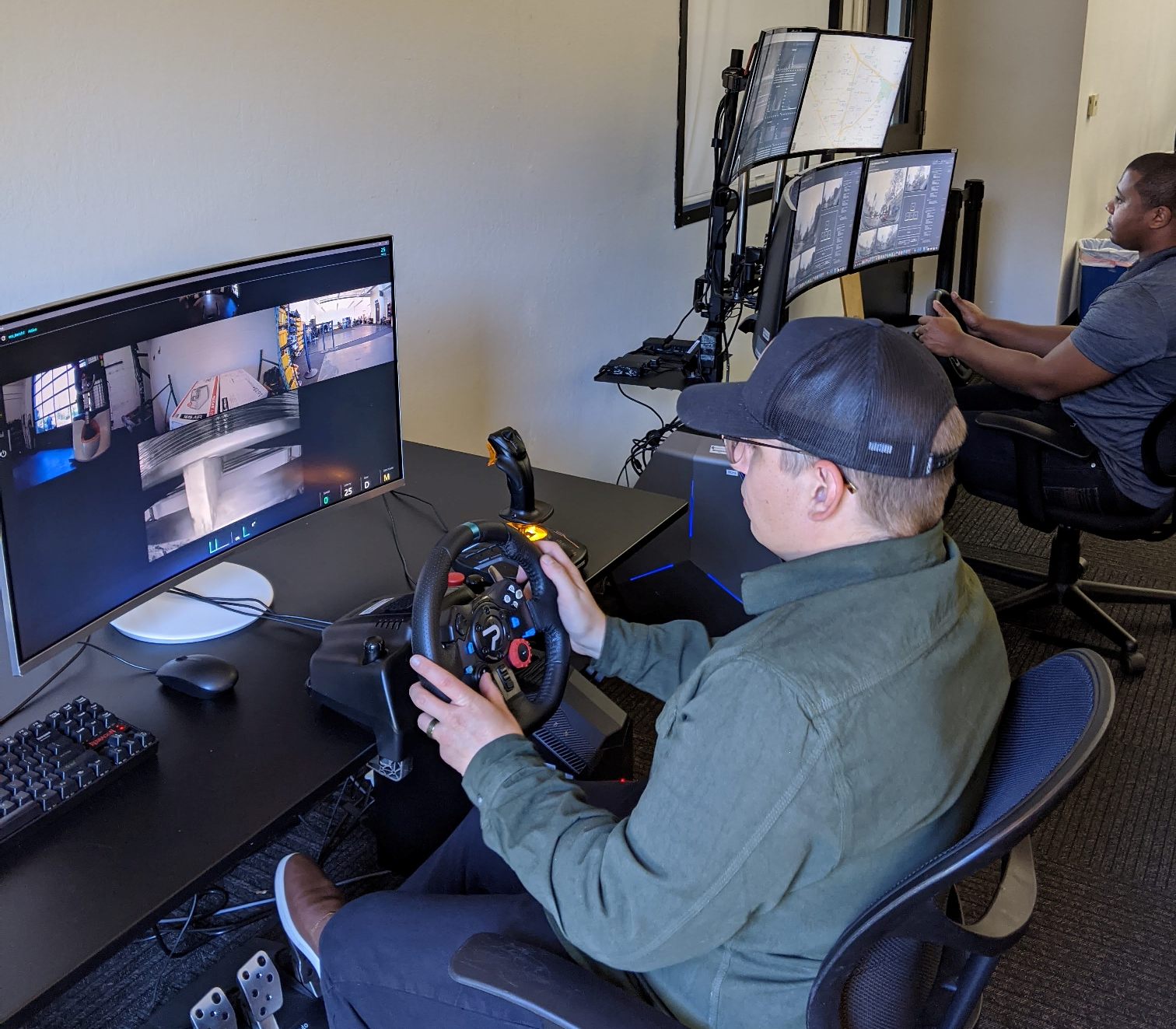 Above: A forklift remote operator

Teleoperation is expanding across the transport and logistics spectrum, with some autonomous vehicle companies leaning on remote control technology as part of their transition to fully unmanned transport.

Today, Phantom Auto’s technology is physically deployed at around 15 sites across North America and Europe, spanning forklifts, tuggers, delivery robots, and yard trucks. The company claims 10 customers, including Yard truck manufacturer Terberg. This is a notable partnership, given that Terberg’s vehicles are distributed to more than 100 countries and claim a 70% market share in Europe. Postmates, now owned by Uber, also leverages Phantom Auto’s technology for its mini delivery robots.

Postmates’ rival DoorDash, currently riding high in the wake of its IPO, last year snapped up teleoperator startup Scotty Labs without revealing plans for the technology. Like Postmates, DoorDash has been piloting autonomous robots for a while, so it doesn’t take a great leap of imagination to figure out what it’s working on.

Outside of deep sea exploration and bomb defusion, teleoperation is still a relatively novel concept in most industries, but it’s gaining steam, with or without a global pandemic, and we could see this type of technology crop up across more industrial scenarios.

“Our technology is vehicle-agnostic, so for anyone operating vehicles in an environment where there are risks to their safety or health, it can enable them to work from a remote location without those same risks present,” Katz said. “The employees still utilize the same skill — operating vehicles — and the company still gets the same output from the employees, but the work gets done in a safer and more desirable environment.”