Sekiro™: Shadows Die Twice, the new game by FromSoftware and director Hidetaka Miyazaki, is developed to be a bold departure from the team’s previous work on Dark Souls and Bloodborne. The game, which follows the titular Sekiro’s quest to rescue his kidnapped lord, will still feature rock-hard fights and wild enemy designs. The art style, however, is quite unique.

Thanks to Activision’s sponsorship, we’re getting a look at what exactly makes Sekiro stand out among FromSoftware’s previous work.

More than just being visually appealing, Sekiro™: Shadows Die Twice is designed to be something new from a team that strives to raise the bar in creating worlds and monsters. The Dark Souls trilogy presents players with surrealist takes on European medieval architecture. Lordran, Drangleic, and Lothric are classic fantasy worlds – each containing vast civilizations in ruins, grand landscapes, and horrifying monsters. Beasts like dragons, giant spiders, and plenty of terrifying bosses that defy description, showcase the team’s talents for grotesquerie. 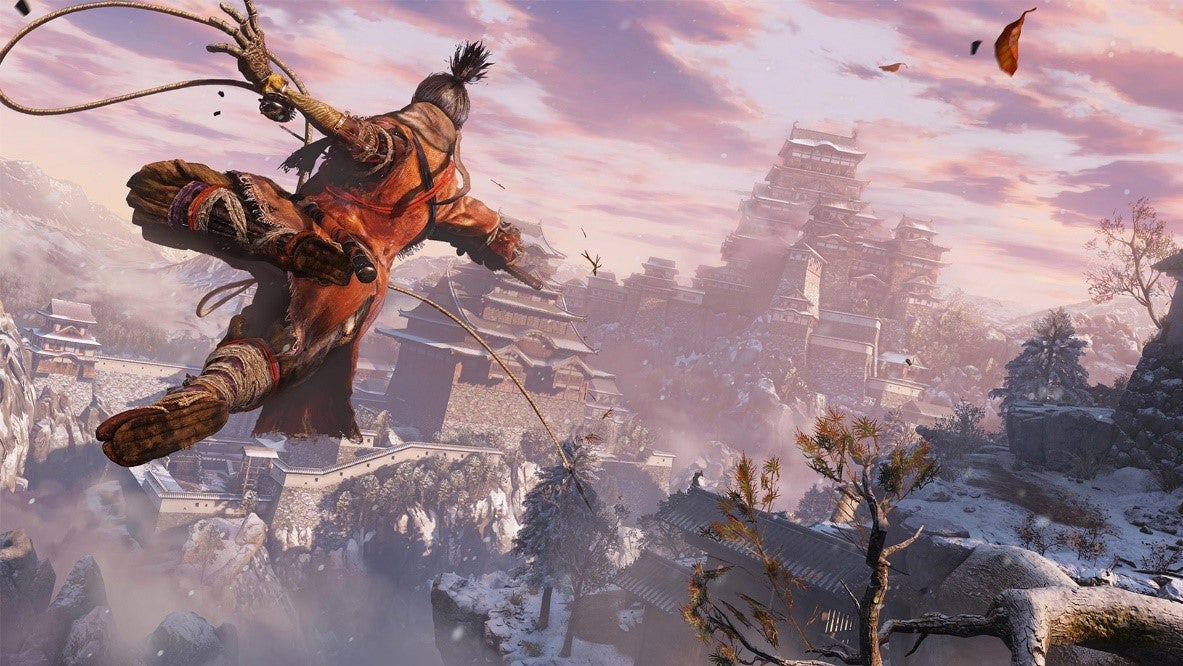 Bloodborne shifted focus to the gothic horror setting of Yharnam, a city design based on Victorian architecture. It is a game steeped in darkness and symbolism, where the shadowy art and sprawling vistas all feed into player’s interpretations of what the game is truly about. Still considered gorgeous by many today, Bloodborne is full of beasts, witches and monstrous animals. It also boasts some of the most recognized boss designs in FromSoftware’s gaming catalog. Bloodborne’s art style shows a warped take on humanity. It’s a theme also reflected in the art of Sekiro™: Shadows Die Twice.

Sekiro™: Shadows Die Twice transports Miyazaki and his team’s art designs into a game set in Japan during the 16th-century Sengoku period, often defined by significant upheaval, conflict, and violence within the country. Sekiro takes influence from Japanese art, and architecture to craft something that feels simultaneously unique and familiar. Unlike in FromSoftware’s previous releases, you play as a fixed character: Sekiro, a battle-scarred shinobi. He’s known to many as the “One-Armed Wolf”, imbued with a prosthetic arm that can be modified with new, exciting attachments throughout the game. 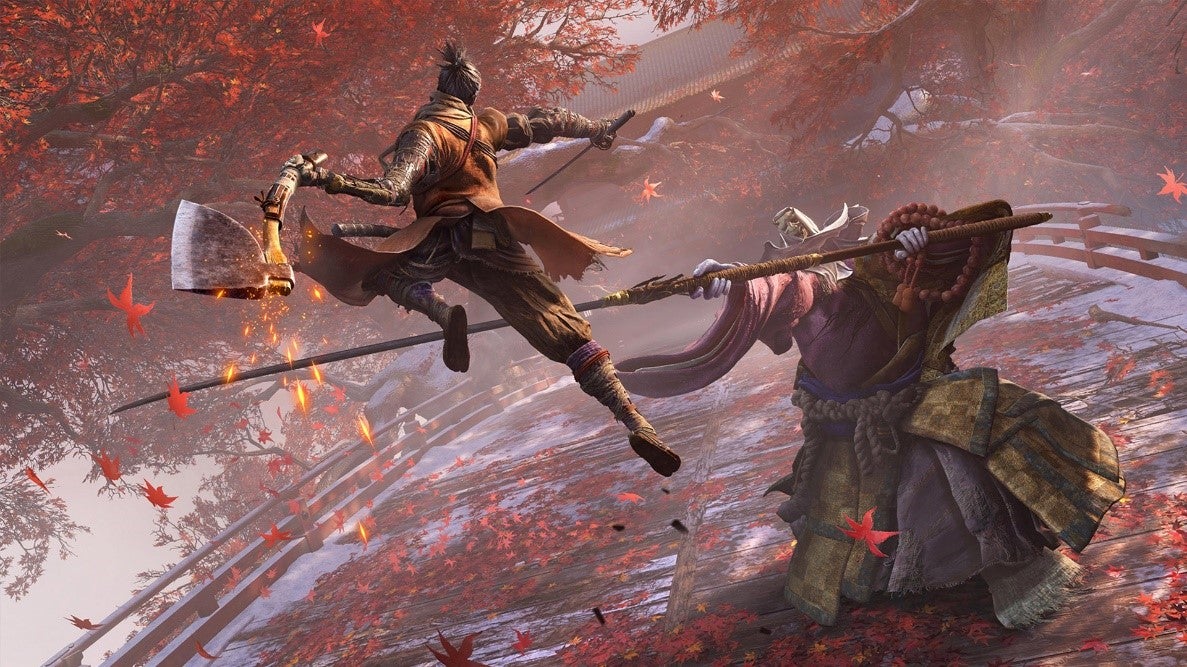 A lot of the iconography in Sekiro will look familiar to fans of ‘Chambara’ cinema – movies about sword-fighting. The initial images Sekiro presented show men dueling in a serene wind-swept field, a common movie trope seen in films like Akira Kurosawa’s Seven Samurai, Masaki Kobayashi’s Harakiri and Takeshi Kitano’s take on Zatoichi. The depicted full moon is an important part of much Japanese art exemplified in pieces like Yoshitoshi’s ‘One hundred aspects of the moon’ series, or Tomioka Tessai’s famous ‘Abe-no-Nakamaro Writing Nostalgic Poem While Moon- viewing’. In Buddhism, one of Japan’s most prominent systems of belief, the full moon can symbolize enlightenment.

The massive sprays of blood that burst from defeated enemies may remind you of Kurosawa’s ‘Sanjuro’, while the grounds covered in autumn leaves and the traditional architecture of the game’s areas are images commonly associated with Japan. The game’s buildings – which you’ll be exploring via grappling, thanks to the game’s traversal mechanics – look and feel era-appropriate and are less fantastical than in previous games.

Featuring more human enemy designs, Sekiro™: Shadows Die Twice will pit you against samurai, ninjas, and monks. However, the game also features the classic Miyazaki monster magic known by fans through and through. You’ll be fighting enemies reminiscent of Japanese yokai – demons, trolls, ogres, and other creatures of Japanese folklore. Each has unique designs specific to the game. Many of the enemy designs are still being kept under wraps before release, but so far we’ve seen giant snakes, formidable monsters, and some truly intimidating foes.

A new FromSoftware action game can often be a cause of celebration by the studios’ fans. After the often-disgusting brilliance of Dark Souls and Bloodborne fans will be excited to see what the team can do with medieval Japan. A move from fantasy and gothic horror into something closer to reality hasn’t dulled FromSoftware’s design principles, as fans can once again look forward to getting killed by terrifying creatures over and over again.

This is a special advertising section. Read more about IGN’s policies in our Standards and Practices.