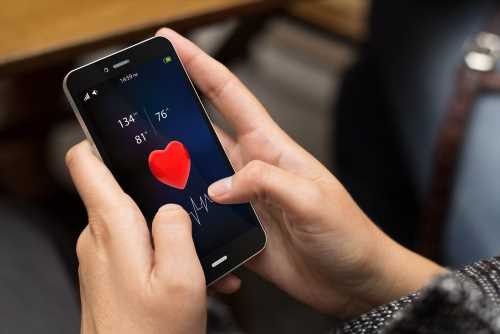 There’s no shortage of digital health apps on the market — more than 350,000, in fact, according to a recent study from the IQVIA Institute for Human Data Science.

But for all the breadth, there’s little depth. “Most apps are similar, no matter the behavior. There’s a graphical depiction of a user’s progress relative to their goal,” said Angela Fidler Pfammatter, PhD, an assistant professor at Northwestern University’s Feinberg School of Medicine.

Pfammatter focuses on the field of preventive medicine, which aims to help people build behaviors that improve physical health and mental well-being. She and her colleague Bonnie Spring, Ph.D., direct the Catalyst Lab at Northwestern, which for several years has run a healthy lifestyle research study known as Evo. Participants join the 12-month study with the hopes of improving their dietary quality, physical activity, stress, or sleep.

The unique needs of this program have led the Catalyst Lab to focus on a home-grown application for participants, dating back to the days of the Palm Pilot. For the last several years, the lab has partnered with Couchbase to host the application, sync data on the back end, and scale the app to support multiple studies at the same time. Earlier this year, Couchbase recognized the Catalyst Lab as one of seven winners of its Community Customer and Partner Awards.

The lab’s trials recruit between 400 and 600 participants. As trials are funded by grants, typically from the National Institutes of Health (NIH), there isn’t much budget for recruitment, Pfammatter said. Prior to COVID-19, that budget went to ads on Chicago Transit Authority trains and buses. During the pandemic, the strategy shifted to Facebook ads and the NIH site ResearchMatch, which had the unintended advantage of giving the lab a more national presence, she added.

The lab looks to recruit individuals who recognize that they have poor health behaviors and want to improve them. This is a different model than the 47% of digital health apps that focus on managing chronic conditions, according to IQVIA’s research.

That’s one key reason the lab hasn’t opted for an off-the-shelf app for the Evo program, Pfammatter said. They’re hoping to help people avoid a diagnosis of a condition such as Type 2 diabetes or high blood pressure, not manage it once they have it.

The goal of the lab’s work is also different, as the emphasis on behavior change and cognitive behavioral therapy are more focused than the nudges and notifications that are common in commercial apps.

“We’re about putting power into people’s hands. We want them to build confidence and self-efficacy, so they have the skills to take with them when the research study is over,” Pfammatter said. “We want to give them the tools to figure things out for themselves.”

For the Catalyst Lab, these tools help participants objectively measure things such as physical activity, weight, and sleep. The app also provides study booklets and lessons. Virtual and in-person appointments with health coaches are available as needed.

In the early days of Evo, the program emphasized self-reported outcomes, with participants manually entering data about physical activity, food, or weight onto a sheet of paper or rudimentary PDA app. Today, the smartphone app connects to peripherals such as fitness trackers, blood pressure cuffs, and scales to track activity and measure vital signs, and it uses drop-down menus to let participants find the food they’ve eaten.

“Seeing the data in the app provides accountability,” Pfammatter said. “There’s a full loop of data flow. The patient knows that the coach knows, and the coaches know they can rely on the data instead of asking the patient to recall everything, which can be biased.”

Several years ago, though, the app was reaching its limit. The lab needed to create a new version of the app for each study. This posed a problem for three reasons: It limited the lab to two simultaneous research trials, it ate into the budget for each grant-funded program, and it led to an unmanageable amount of physical data storage.

“Data was everywhere – on 3.5-inches disks, on ZIP drives, and still in some binders,” said J.C. Subida, the lab’s senior software developer. “We realized enough was enough. We needed something we could reuse.”

Working with the Couchbase gives the Catalyst Lab a platform on which to base the app, Subida said. This has alleviated the app’s data management and synchronization issues, allowing for better connections to participants’ smartphones as well as the sensors they use to collect data.

Feeding everything into a single cloud-based database has also improved the app’s scalability. The lab can run as many as seven studies at the same time, using the same app (with a tweaked interface) for each study. It’s also easier to onboard additional participants – a valuable plus if the lab’s work continues to attract participants from around the nation.

Scalability should also allow Evo to add more “novel” sensors, including those that will help participants better track what they eat, Pfammatter said.

“The more sensors we can support, the more information we have, and the more we can create interventions that are scalable, affordable, and efficient but also effective,” she said. “The more we streamline our systems and have a better handle on data management, the more we can discover those novel markers of what is going to help an individual.”