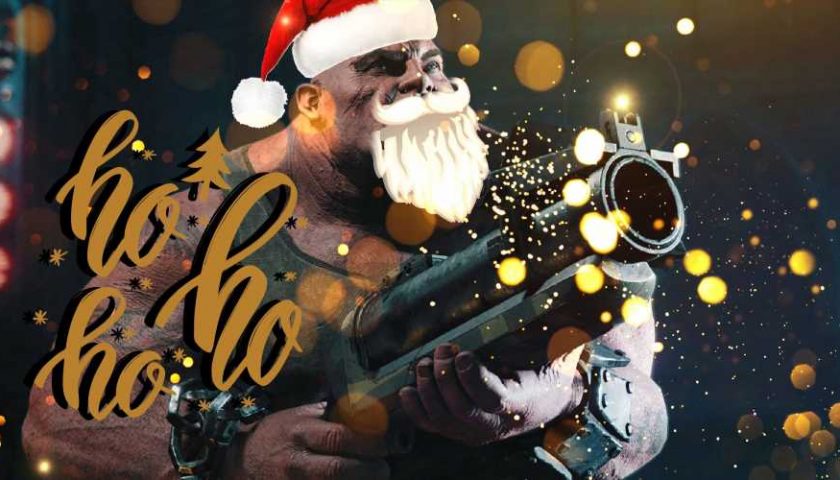 Warhammer 40,000: Darktide isn't very Christmassy. While I’m sure some heretics will attempt to cook their turkey with a Bile Flamer and the most devoted cultists will be crossing their fingers that a Poxbringer slithers down their chimney on Christmas Eve to fill their stockings with assorted vials of noxious gases and leave a pool of foetid viscera under their tree, which I can only assume is decorated with pustuled baubles and tinsel made of ripened bowels, most of us don’t think of death and disease all that often in the festive season.

I’ve been having a lot of fun with Darktide, despite all of its live-service elements conspiring against you and the dull progression attempting to turn you away after every mission. But the constant cleaving and purging feels discordant with everything else in my life right now: namely Christmas.

I had a very wholesome weekend at the start of December, not long after Darktide released, when I put my Christmas tree up, with my daughter helping me for the first time (read: eating glitter and accidentally smashing more baubles than I knew we had). We watched festive films, turned Wham! and Mariah Carey all the way up, and generally had the most adorable family fun. After she went to bed, I was straight back to launching grenades at plagued hordes in the name of the Emperor. As much as I loved both parts of my day, they felt too discordant, too at odds with one another. 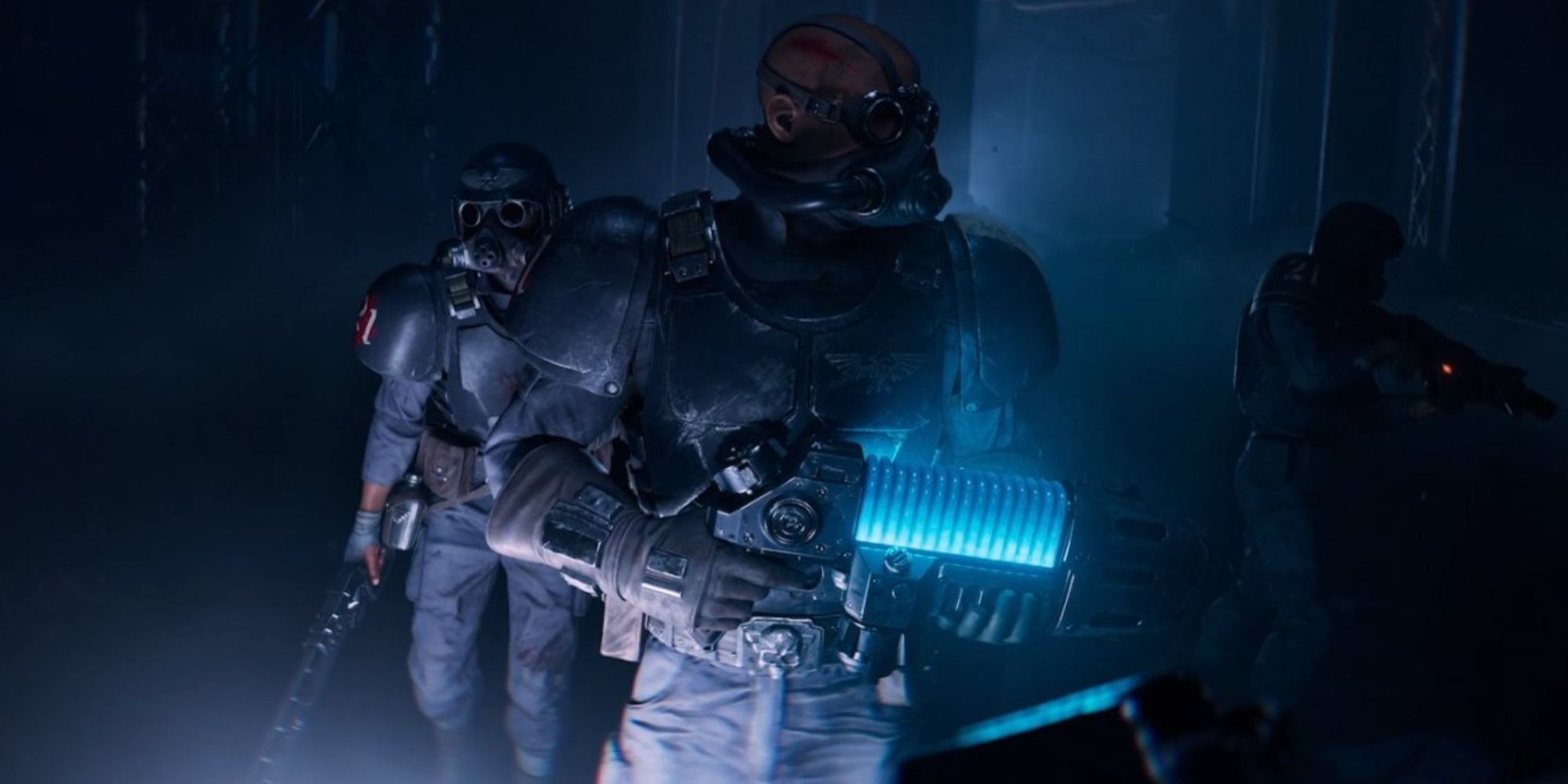 I was hardly going to introduce a one year old to the horrors of Nurgle, so there was only one thing for it: bring Christmas to Tertium. And the easiest way to do that, of course, was by inviting Michael Buble along.

Okay, full disclosure here: I did just listen to Michael Buble’s iconic Christmas album while playing Darktide. That’s it. But everything I’ve said is true, and while it may feel cheap or a cop out, the effect was revolutionary. No mods, no Poxwalkers in Santa hats, just good, old-fashioned Christmas crooning. Hear me out, and let me regale you with a couple of excellent festive moments from my hours of Buble-filled demon hunting.

The music in Darktide is great, Jesper Kyd’s pumping EDM really gets the adrenaline flowing, but settling in with some slower tunes makes for a nice contrast to the frantic gameplay. The first time I noticed the music syncing with my shield bashes and grenade yeets was during All I Want For Christmas Is You. Normally I don’t like those slowed-down Christmas covers on sickening adverts for John Lewis or Guinness or some bank with a history of dreadful human rights abuses, but Buble hits different. He’s not slowing Mariah Carey’s hit down for no reason, he’s adapting it to his softer style and going for a more Sinatra-esque approach. It has nothing on the original, but his soft tones are perfect for accompanying your most gruesome kills. 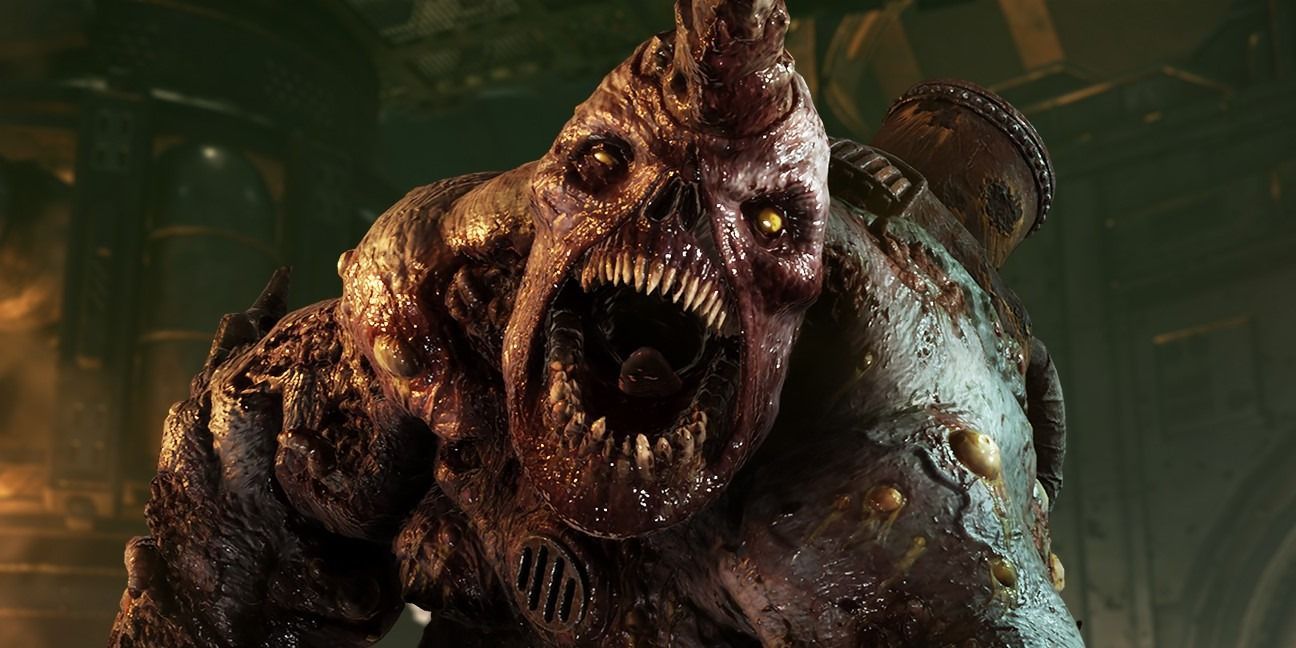 If combat felt great with a more chilled atmosphere, then dying felt even better. As I was nearing the end of my second festive mission, my Ogryn became overwhelmed by the horde. I’d been separated from the rest of my squad and my Bruteshield wasn’t enough to protect me. Luckily, my teammates heard my pleas for aid and cleared the writhing mass of plagued bodies that clamoured my giant’s prone body. As the Zealot reluctantly revived me, however, the sounds of battle dimmed and I heard the soulful notes of Silent Night float through the abandoned foundries of Tertium. It felt so appropriate and straight out of a blockbuster war movie, albeit probably a bad one. In my moment of despair, I found a saviour, and the Christmas music was the perfect accompaniment.

I was quickly back to cracking skulls to Feliz Navidad (a personal favourite) and Frosty the Snowman, and having a great time of it. I felt properly Christmassy despite Darktide’s grisly nature, overcoming which is an impressive feat. If anyone else wants to get into the holiday spirit while playing the most violent or gruesome games, then I recommend following in my footsteps. Pick your favourite Christmas album, play it loud, and click some heads. All that’s left for me to do is mod Michael Buble into Metal: Hellsinger.