Crisis Core: Final Fantasy 7 Reunion is a remastered release of the 2007 action RPG Crisis Core. It's a ‘prequel’ to 1997’s Final Fantasy 7 that tells the story of Zack Fair, a central figure in the mythos of the original game.

In the lead-up to the hotly anticipated second instalment of the Final Fantasy 7 Remake project, this remastered version of Crisis Core arrives at just the right time for people to get caught up on the story of Zack Fair — something which will undoubtedly play a vital role in the future of the project. Crisis Core contains many direct connections to the Final Fantasy 7 remake as a whole, explaining to us the origins of characters and circumstances that shape the events of the original game’s narrative.

How Does Zack Fair Connect To Final Fantasy 7 Remake? 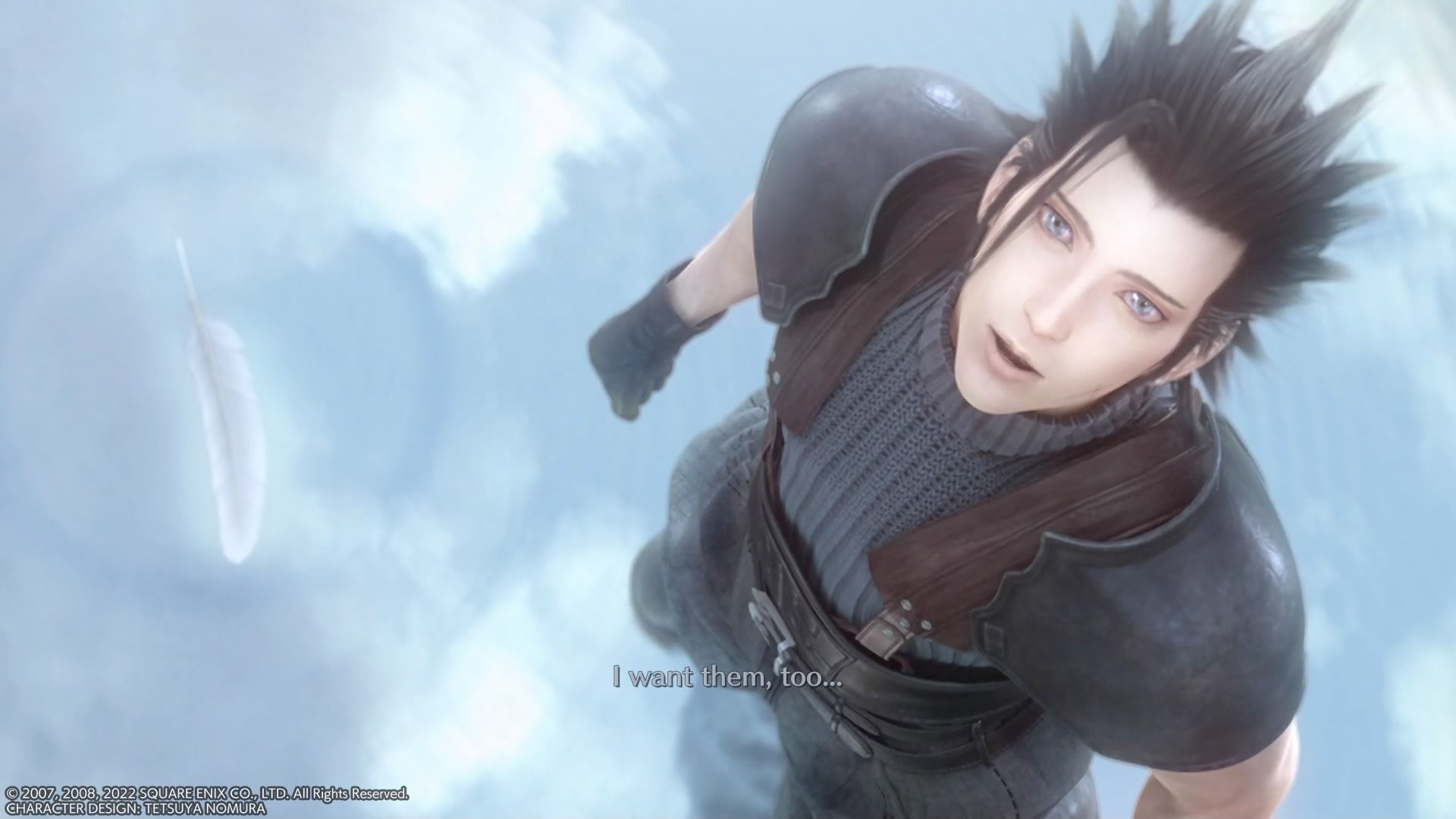 First and foremost, Crisis Core is the story of Zack Fair, an ambitious and loyal member of SOLDIER, the paramilitary group of the Shinra Electric Power Company. If you play Crisis Core after playing either the original Final Fantasy 7 or its remake, you’ll already know that Shinra is one of the central antagonistic forces of the series, and that SOLDIER is the same elite organization that protagonist Cloud Strife claims to have once been part of. You may also know that Zack is the hero that Cloud has modelled himself on, taking Zack’s memories and experiences as his own as a result of extreme trauma and ‘mako poisoning’.

The early part of Zack’s story in Crisis Core focuses largely on SOLDIER’s struggles against a defecting member of the group, known as Genesis. During the first hours of the game, many iconic elements of Final Fantasy 7’s universe are established. At this point in the timeline, the primary villain of the original game, Sephiroth, is nothing more than a skilled member of SOLDIER. Zack himself is just a beginner, learning the ways of SOLDIER from his mentor, Angeal.

Angeal is also the original owner of the Buster Sword, the iconic weapon that eventually belongs to both Zack and Cloud. Angeal doesn’t use the Buster Sword, remarking that it is too important to him to risk damaging it. In the game, the sword comes to represent not only Angeal, but the value of having both dreams and honor — the two key principles that Angeal holds dear. 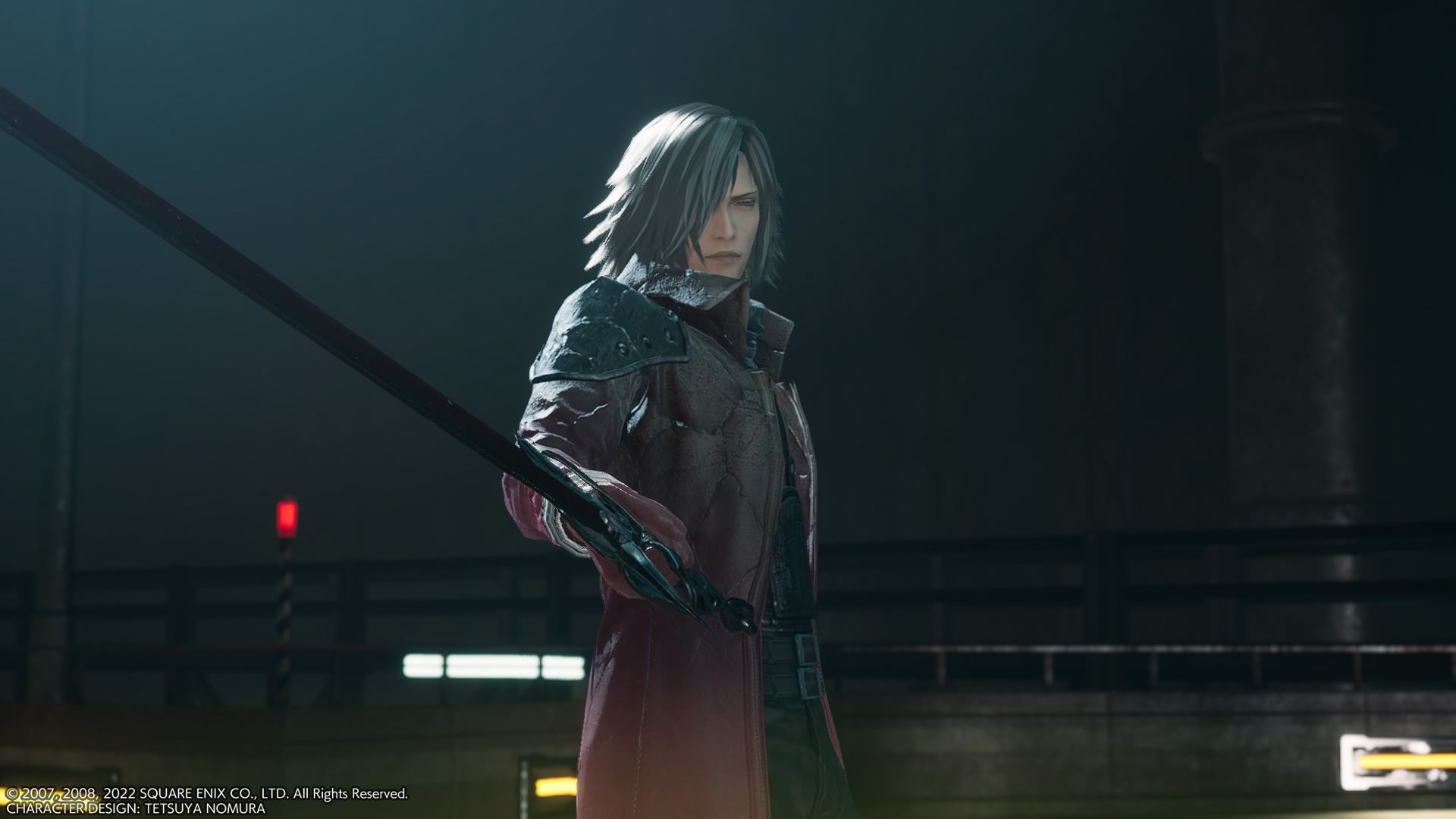 The first half of Crisis Core shows the attempted suppression of Genesis’s rebellion. It also deals with the nature of Genesis, Angeal, and Sephiroth as experimental hybrids of humans and alien DNA, something which gives them certain special abilities. When Angeal learns of their origins as experimental beings, he briefly joins Genesis’ defection and begins sporting a single angel wing. They’re defeated by Zack shortly afterwards, and he is bequeathed the Buster Sword.

After Angeal’s demise, Zack is granted the rank of First Class SOLDIER (the highest possible rank in the organization) and begins wielding the Buster Sword. This is how we see the character in his few appearances in the original game.

The second half of Crisis Core continues to intersect with the original game and Remake in compelling ways. The Nibelheim flashback that explains Sephiroth’s turn to evil, and Zack and Cloud’s role in these events in the original game, is played out fully in Crisis Core, fleshing out these events in greater detail than ever before. The events at Nibelheim will likely be revisited in Final Fantasy 7 Rebirth, so the perspective presented in Crisis Core may be crucial to a complete understanding. 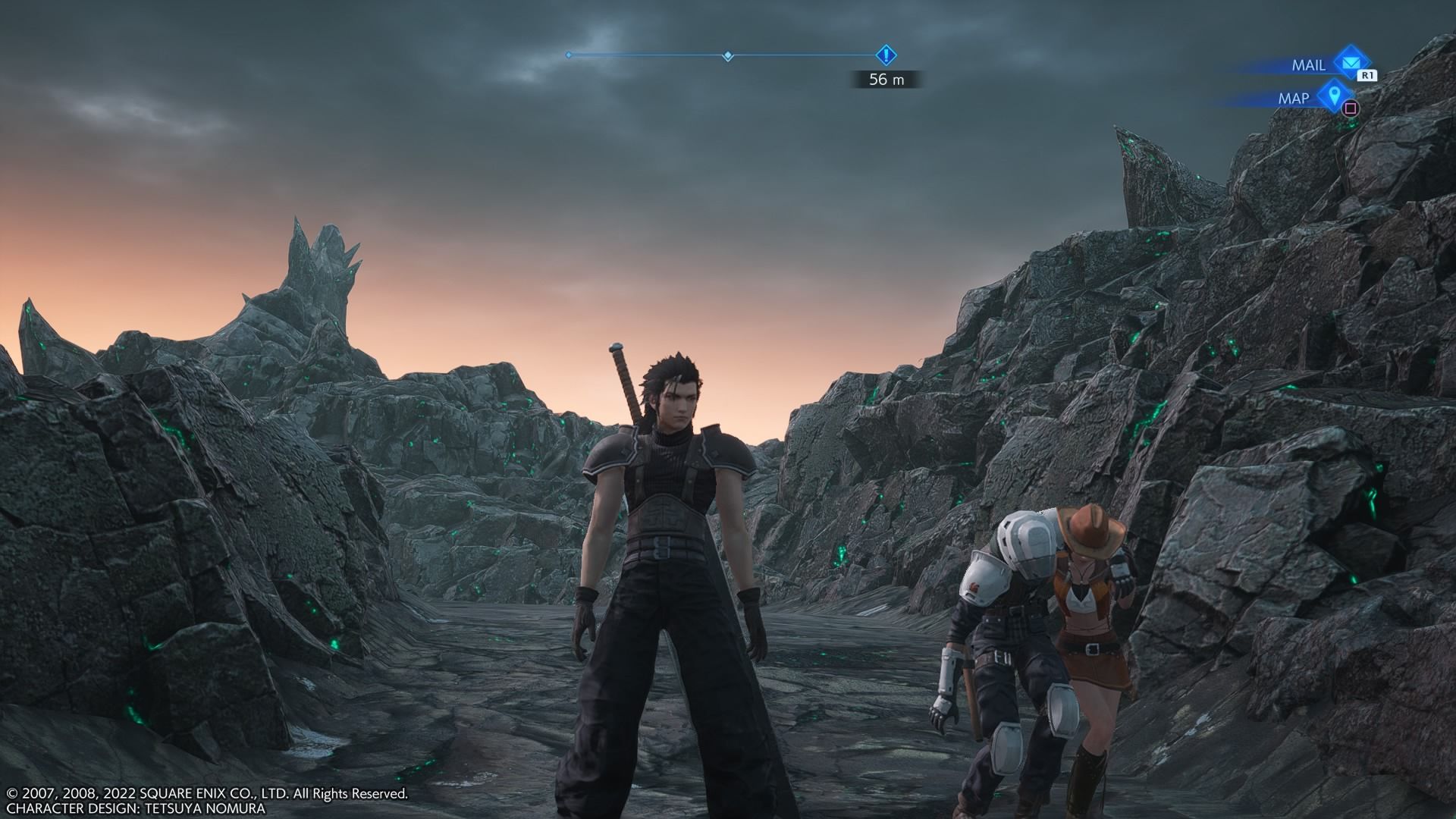 After protecting an inexperienced Cloud from Sephiroth’s sudden descent into chaos, and accidentally uncovering Shinra’s dubious human experiments, Zack is made an enemy of the corporation to which he once swore loyalty. Hunted down by Shinra soldiers, Zack is killed. He passes on the Buster Sword — and his legacy — to a damaged Cloud.

It’s important to note, however, that this scene was also shown at the end of Final Fantasy 7 Remake. The ramifications of destroying the ‘arbiters of fate’ had a ripple effect on the past, altering Zack’s fate and showing us a version of events where Zack survives his supposed demise. What this means is still unclear for the future of the remake project, but it does make clear that Final Fantasy 7 intends to address, at least in some way, a hypothetical alternate ending to Crisis Core.

The Origins Of Sephiroth And The Jenova Project 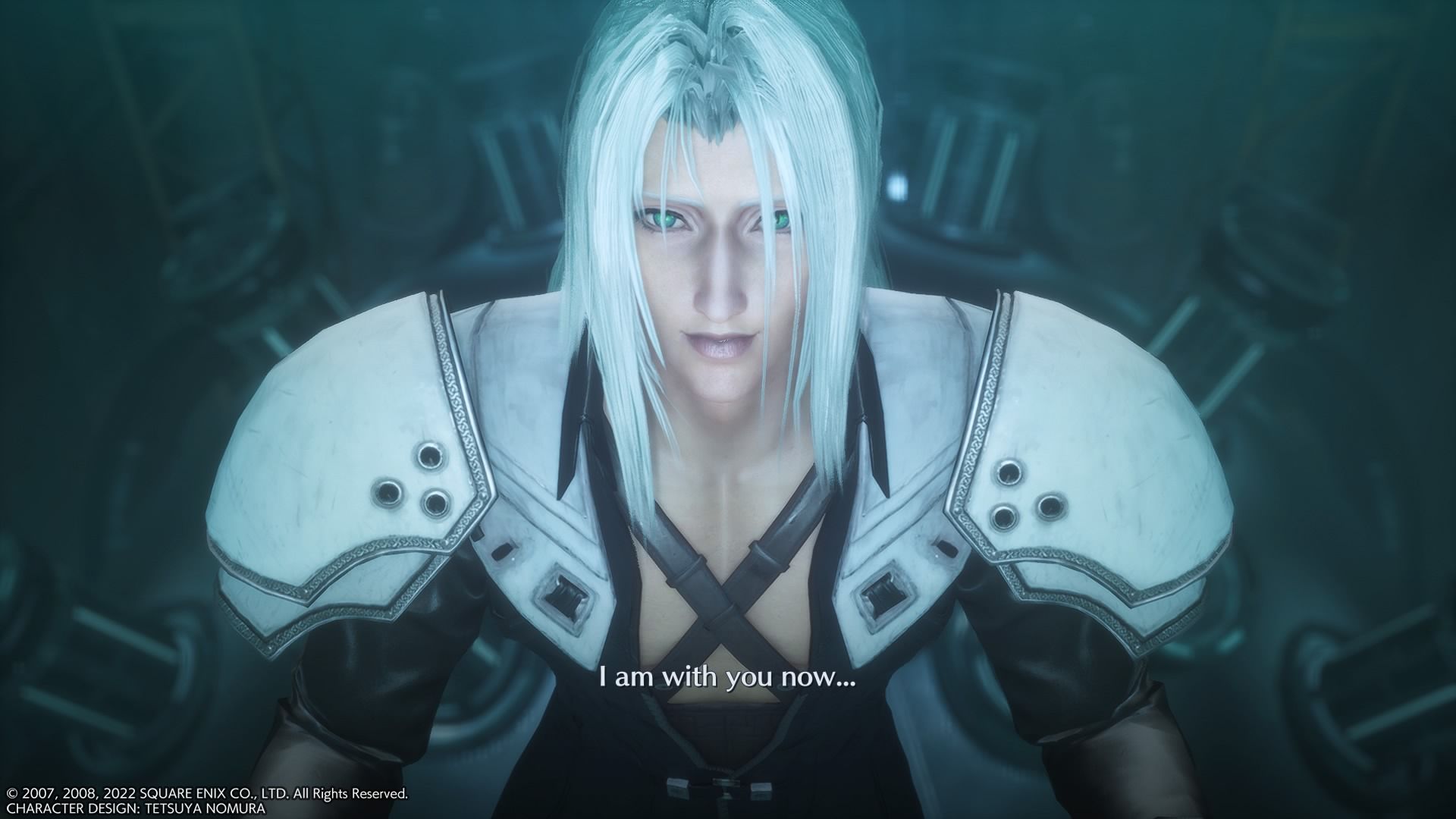 Crisis Core is also interested in exploring the origins of Sephiroth and Shinra’s experimentation with Jenova, an alien life form that arrived on the planet Gaia via a meteor. In Crisis Core, it’s made clear that Shinra began experimenting with Jenova genes before Sephiroth, producing Genesis and Angeal respectively.

Final Fantasy 7 Remake refers to both Genesis and Angeal in inconsequential dialogue, but it’s only through Crisis Core that we can see the impact both of these characters have on the overall arc of the series. Sephiroth learns of his nature as the ‘ultimate SOLDIER born from Jenova’ through Genesis and Angeal, which sets in motion the chain of events that begins the plot of Final Fantasy 7.

Genesis appears as a persistent antagonist throughout the game, with abilities on par with Sephiroth. His defeat at the end of Crisis Core does leave some ambiguity in his ultimate fate. Genesis reappears in Dirge of Cerberus, a spin-off and sequel that focused on the character of Vincent Valentine from the original game. This appearance seemingly marked the end of the character, but it’s always possible that Genesis could return in the course of the Final Fantasy 7 remake project.

The Origins Of Cloud 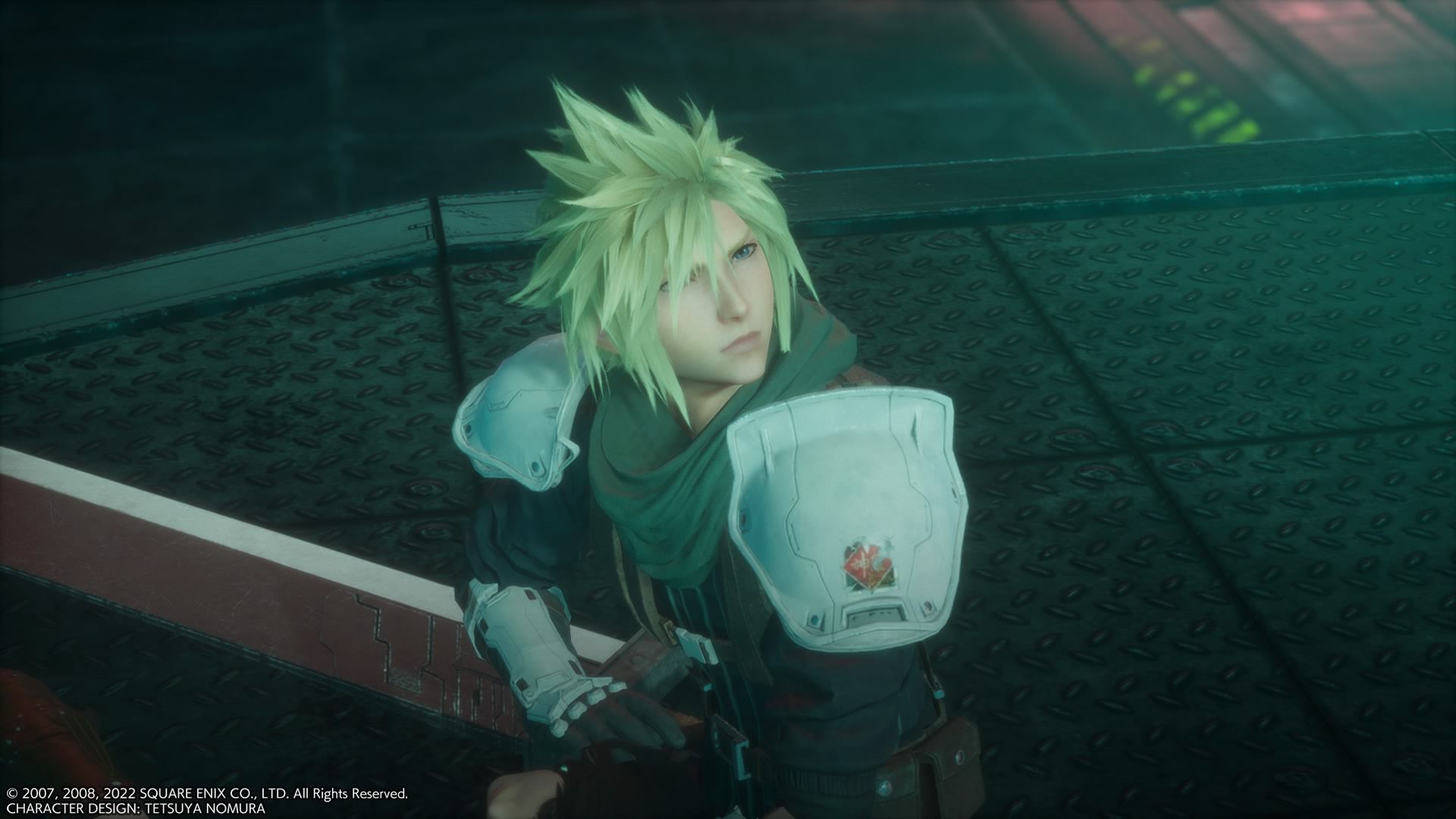 Although Crisis Core doesn’t give as much detail as Final Fantasy 7 or its remake of Cloud's character, it does provide additional context. Seeing Cloud from Zack’s perspective highlights how different Cloud appears in Final Fantasy 7 Remake, where he's fully adopted the ‘Zack’ persona.

In Crisis Core, Cloud is a rookie to whom Zack takes a liking. After bonding over their mutual ‘countryside’ childhood experiences, the two become fast friends. Their bond is strengthened as they are assigned on more missions together, culminating in their deployment to Cloud’s hometown — Nibelheim. Here, Cloud has his first encounter with Sephiroth, shortly after the antagonist's fight with Zack. Using the Buster Sword, Cloud heroically attempts to stop Sephiroth. This sets the stage for their ongoing conflict in Final Fantasy 7 and its remake.

A defining moment in the building of Cloud’s character is Zack's. In their weakened, mako-poisoned, traumatized state, Cloud inherits not only Zack’s heroism and persona, but also many of his memories. As they return to Midgar in the wake of Zack’s death, Cloud is a changed person. It’s not until much later that he reckons with the truth of the Nibelheim incident, and the role that Zack played in his life.

In this way, Crisis Core Reunion also shows us how Cloud became the slightly goofy ‘ex-SOLDIER’ that we know in Final Fantasy 7 Remake, making it an excellent companion piece to the remake.