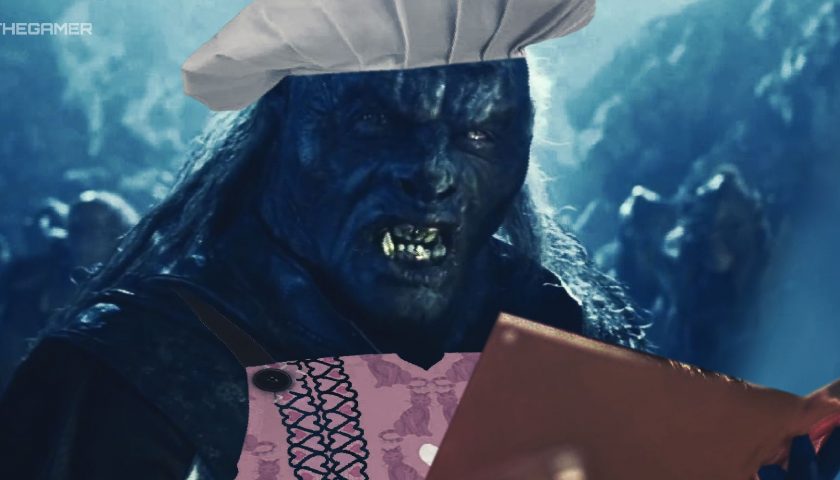 Did you know that Frodo’s real name is Maura Labingi? Sam’s is Banazîr Galbasi. I’m not kidding, Frodo and Samwise are simply the English translations. You see, in the Lord of the Rings universe, Tolkien was given The Red Book of Westmarch that Bilbo, Frodo, and Sam write, and translated it as best he could from Westron to English. He not only constructed dwarvish and elvish languages, but a language that the men of Middle-earth use, which he subsequently ‘translated’ into English – albeit Olde Timey English.

He didn’t half-arse the translations either, as his in-universe translation included creating naming conventions, and using ancient English and other languages to inform his ‘translated’ names. In Rohirric, the ancient form of Westron that the people of Rohan speak, Théoden is called Tûrac. Théoden, the English translation, comes from the Old English word þeoden, meaning lord, king, and the old Norse word þjóðann, meaning leader of people. He chose this not just because of Théoden’s character in the story, but also because it’s what Tûrac means in the fictional Rohirric language. You can read more about this in The Peoples of Middle-earth, but I’m sure at this point you’re asking what this has to do with Uruk-hai and menus?

“How do Uruk-hai know what a menu is?” is up there with “why didn’t the Eagles take the Ring to Mordor?” as the most common question in Tolkien’s canon. I’ve answered the second one already, so it’s time to move onto orcs’ eating habits. It’s worth noting, however, that this wasn’t a product of Tolkien, it was invented and added in the Jackson/Walsh film trilogy, and has become an iconic part of Rings lore ever since. The line is shouted by Uglúk, the leader of the Isengard Uruk-hai after beheading Snaga, who had been close to nibbling on Merry and Pippin’s legs against Saruman’s orders. “Looks like meat’s back on the menu, boys!” shouts Uglúk, and the Uruks feast on one of their own’s flesh. 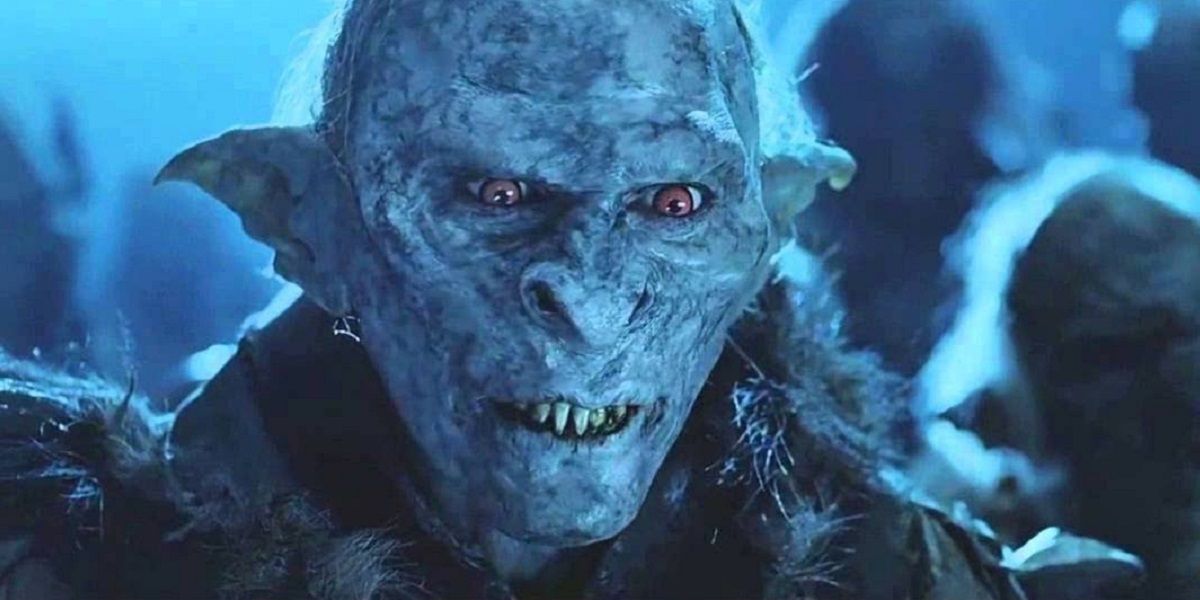 Things go down a bit differently in the books, and there’s certainly no menu. The Isengard Uruk-hai are talking among themselves, and while they are hungry, cannibalism is not on the cards – and certainly not on the menu. In fact, the Uruks disparage their rival Mordor Orcs saying that

While regular Peter Jackson collaborator Jed Brophy, who plays the unfortunate Snaga in this scene (as well as Sharku, a Nazgûl, and Nori in The Hobbit), says that, "there is that modern vernacular that slips into [the script]," and Stephen Ure who plays Grishnákh (another orc in the scene, who also suggests eating the hobbits) blames the trilogy’s Tolkien expert Phillipa Boyens (both from an interview with Thrillist).

However, there’s a perfectly good lore explanation for this iconic line. If Tolkien translated the Lord of the Rings books from the Red Book of Westmarch, we can assume that Jackson and Walsh offer an alternative translation. I was a language student at university, and studied multiple modules on translation for different purposes: literary, business, leisure, you name it. The most important factor after nailing the meaning of a sentence is getting the tone right. As such, you may translate the same sentence slightly differently depending on who will read it – a letter to your bank or boss will have a different tone from a text to your friend, it’s the same idea. 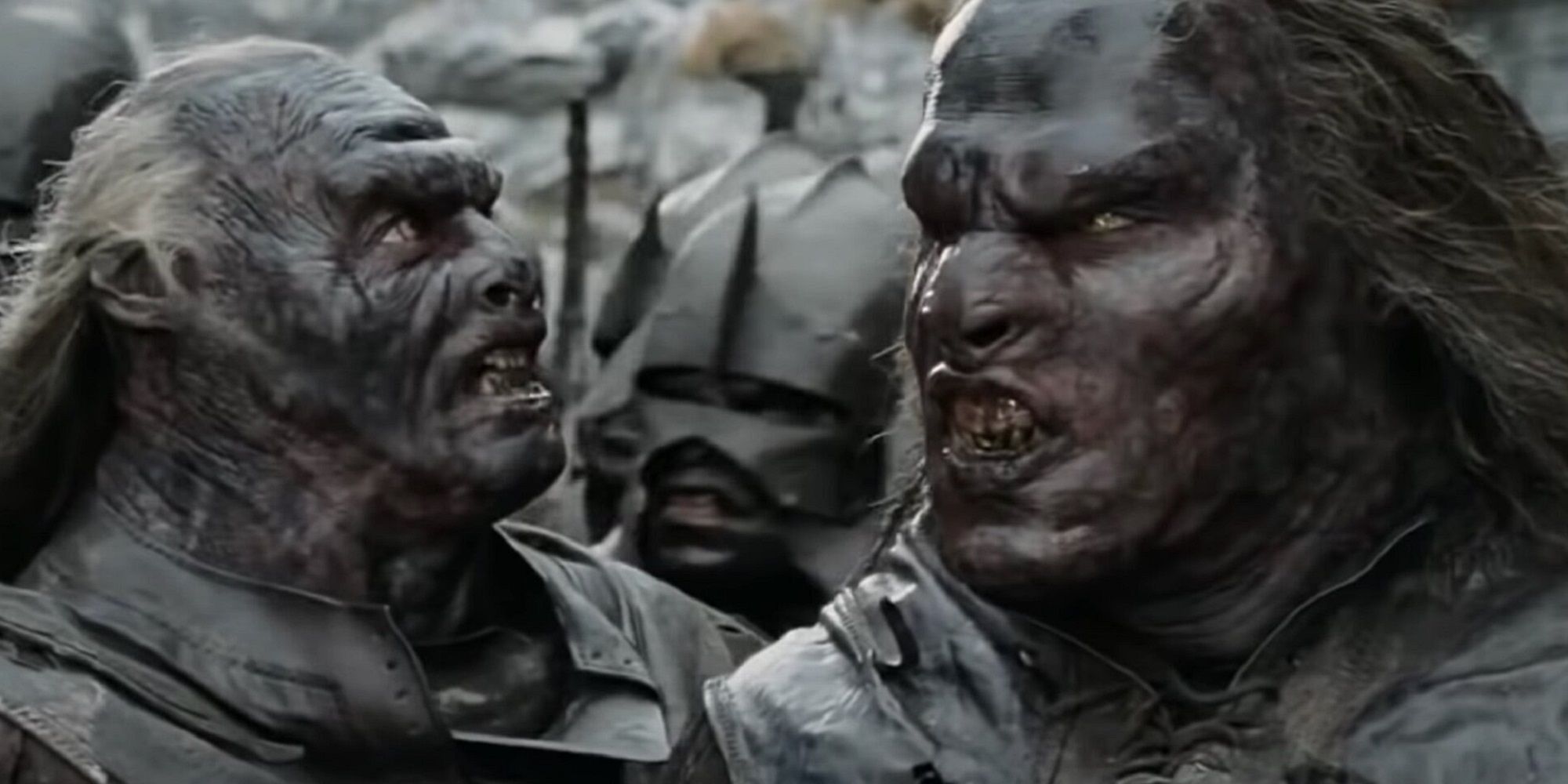 Peter Jackson and Fran Walsh have translated whatever Frodo penned in his big red book for a modern, cinema-going audience, and translating a sentence to include the word menu makes perfect sense in this context. It’s also worth noting that we don’t know whether the Uruks were speaking in Black Speech or Westron in front of Merry and Pippin, but you would think that they would converse among themselves in their native tongue, the former. So this sentence has been translated by Merry and Pippin (they sounded like they wanted to eat us, and then chowed down on their own kind), then penned by Frodo in a potentially more eloquent manner (he’s a student of Elvish and a big fan of poetry, remember) and then translated to modern English by Jackson, Walsh, and Boyens.

Ultimately, the Uruk-hai probably didn’t know what a menu was, but that sentence has been translated (potentially multiple times like a game of Rhûnish whispers) for our modern sensibilities. And it’s been translated well, I may add. We all understand the meaning of the sentence, even if it causes decades of convoluted theories and overwrought explanations. Guilty as charged. At the end of the day, though, it’s a translation thing. Or maybe Saruman built a McDonald’s in Isengard and Uglúk’s a fan of Happy Meals. It’s one or the other.