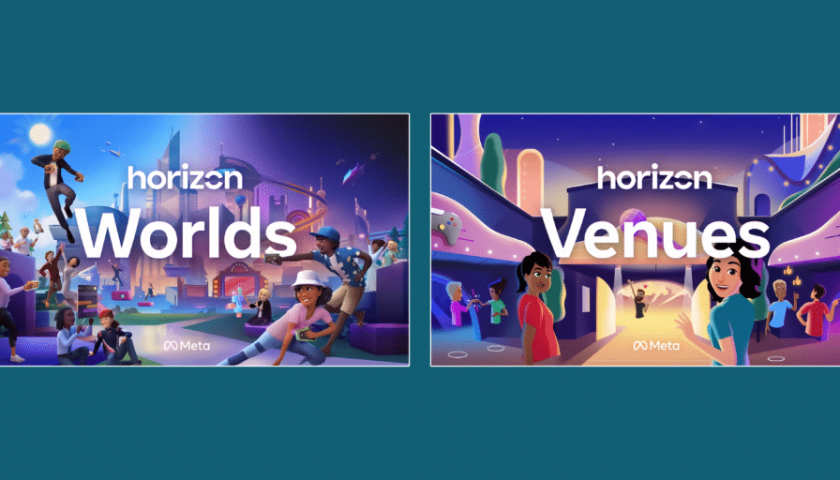 Horizon Worlds and Horizon Venues together have 300,000 monthly active users, Meta confirmed to The Verge.

Horizon is Meta’s brand for its suite of “metaverse” social VR apps: Horizon Worlds, Horizon Workrooms, Horizon Venues, and the soon-to-launch Horizon Home. Each uses your Meta Avatar and each requires an active Facebook account for access.

Worlds is similar to platforms like Rec Room, allowing users to create their own social experiences inside VR by using controllers to place & manipulate shapes and using a visual scripting system to add dynamic functionality. It was renamed from just ‘Facebook Horizon’ in October and launched to US & Canadian adults in December after a two-year closed beta. While it’s currently only available on the Quest and Rift VR systems, Meta plans to bring it to smartphones later this year.

Venues is a social live events platform, letting users watch 180-degree livestreams together including NBA matches, concerts, and VR esports. Venues is exclusive to Quest, but many of its livestreams are also available through Facebook.

A source of The Verge within Meta told the outlet that employees were told during a meeting that Horizon Worlds & Horizon Venues combined have 300,000 monthly active users, and The Verge says a Meta spokesperson confirmed the statistic.

For comparison, Rec Room reported more than 1 million monthly VR headset users six months ago, with millions more on non-VR platforms like Xbox and smartphones. VRChat and AltspaceVR do not report such statistics.

On Sunday Meta ran a Super Bowl ad for Horizon Worlds and Quest 2, depicting the new “Questy’s” World designed as a showcase of the platform’s lighting, physics, and scripting system. It’s not clear when we might get the next update on Horizon’s user base, and Meta hasn’t announced a timeframe for bringing Worlds to countries outside North America.