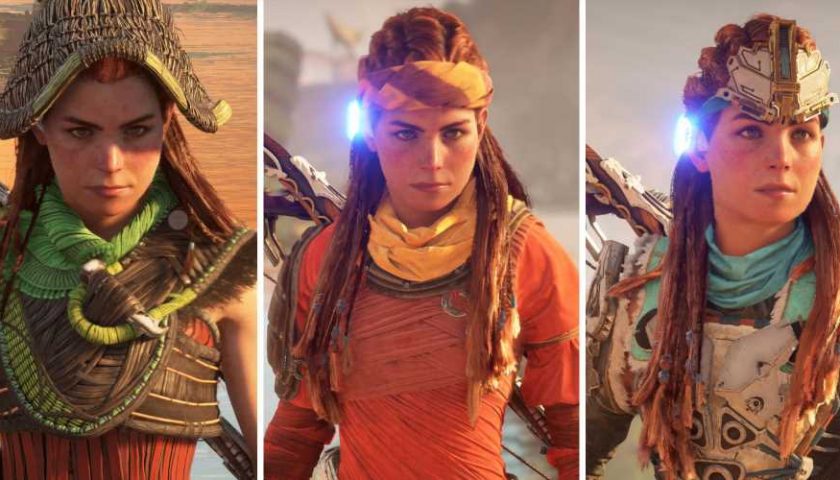 Nothing says saving the world like putting on your best outfit, and with the dye mechanic introduced in Horizon Forbidden West, this has never been easier. To apply one, you first need to go to a dyer (found in Plainsong, Thornmarsh, and Scalding Spear) and then select the dye you want.

Not every outfit can use all the dyes as some are limited to just one or two options, but whichever you pick, you'll be sure to look great out on the battlefield. There are some excellent styles to go with; however, that'll work wonders for getting the perfect shot in photo mode. 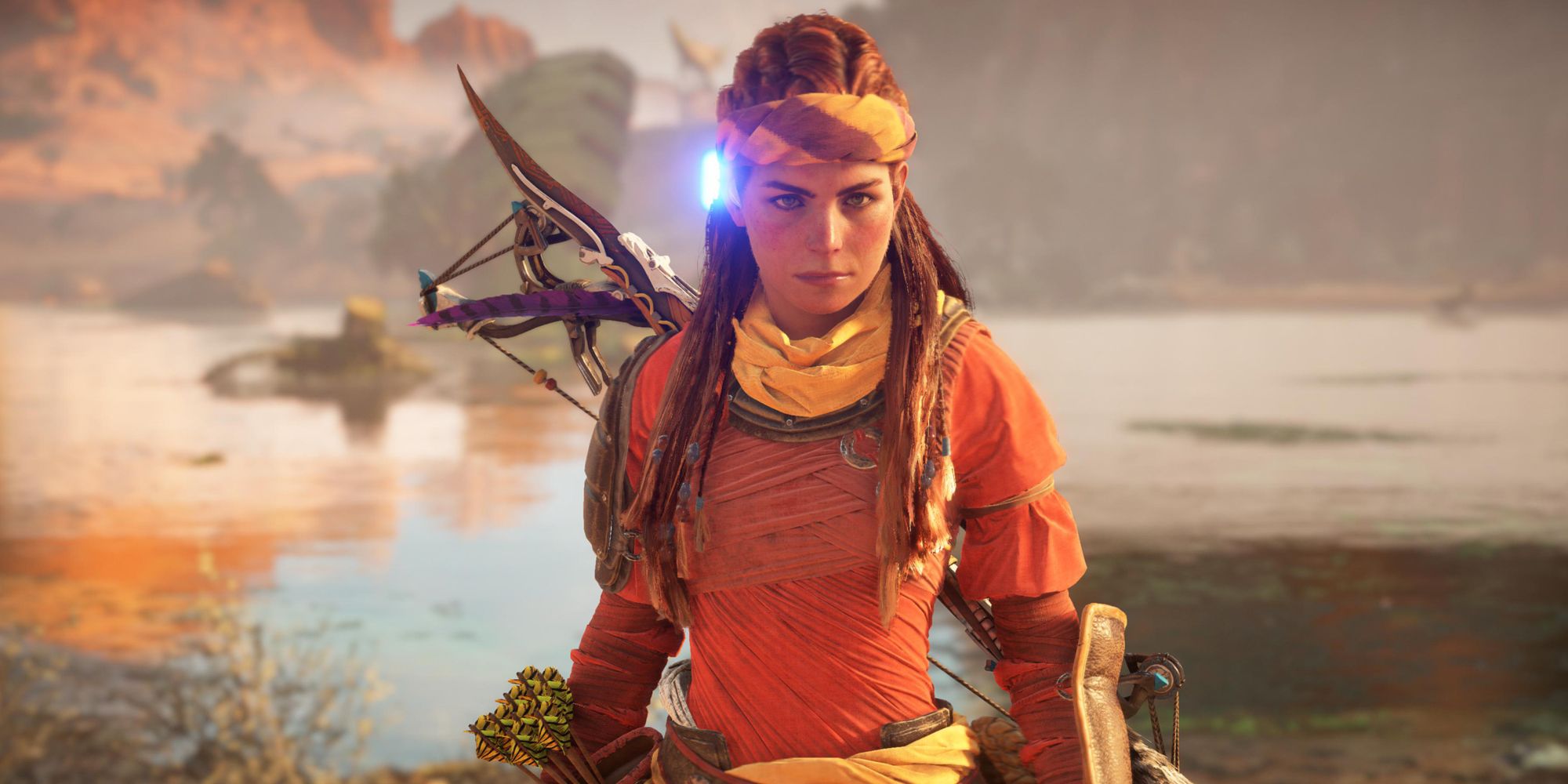 The Forge Flare dye looks especially grand in the daylight, a blend of orange and red. Oseram wear the colors to represent the heat of the forge, which is the heart of their settlements. Wearing these colors makes Aloy stand out with the boldness of the orange that will strike fear into any rebels or machines that try to take you down.

Forge Flare is one of the few dyes to take a bold approach rather than the pale palette of most others in the game. To unlock Forge Flare, you must first complete all of Larend's contracts (located in Barren Light). 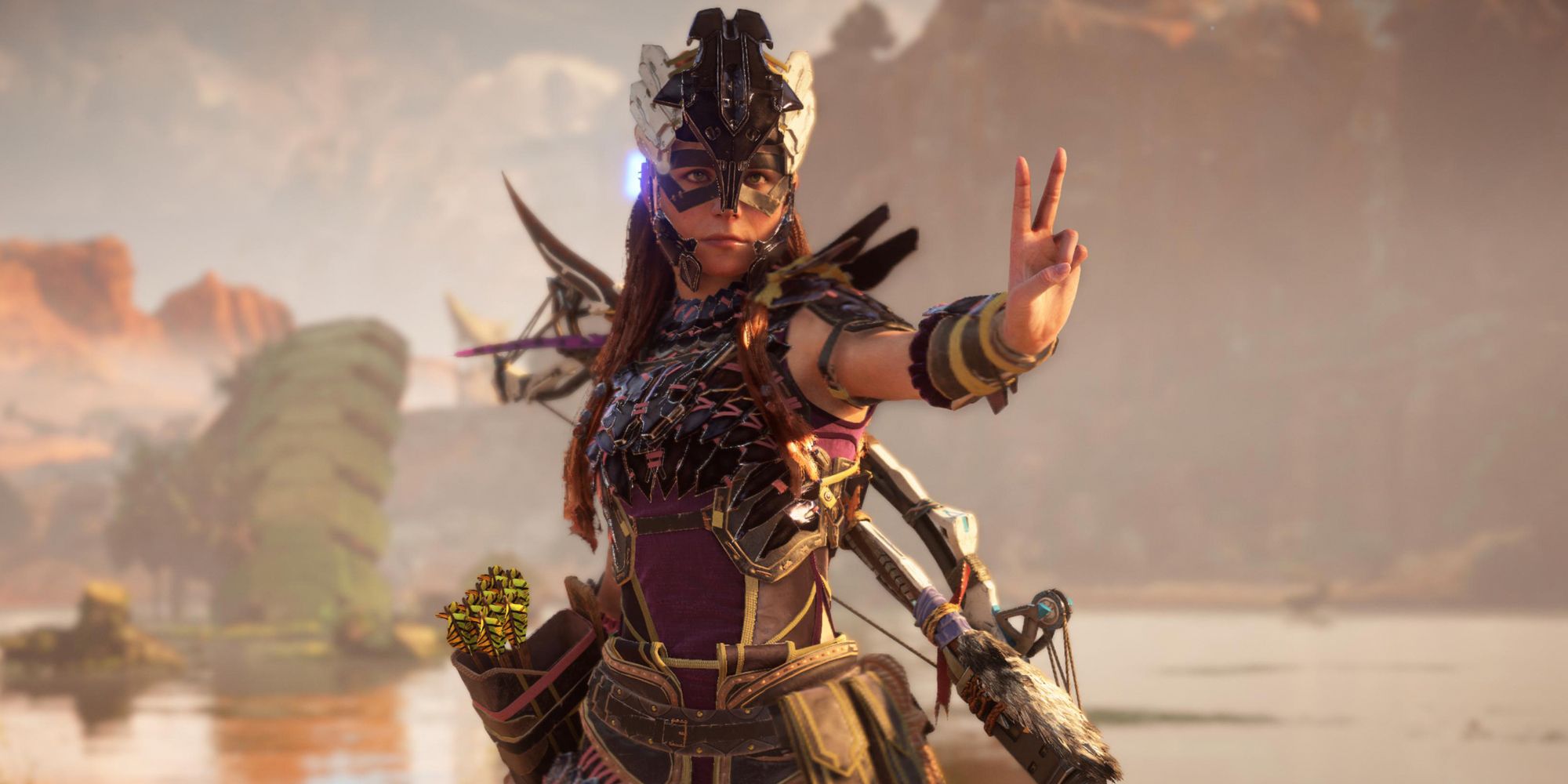 The colors of Dune Shadow are worn in honor of Carja of the past long before the rise of the first Sun-King, a time when Carja were but humble wanderers. The style consists mainly of purple and red, making for regal-looking outfits when applied to outfits like the Carja Shadow. For fantastic shots during combat, wearing both Carja garments and colors is a safe bet.

Unlock Dune Shadow by completing the Signals Of The Sun Errand, where you must return all six signal lenses to Raynah. 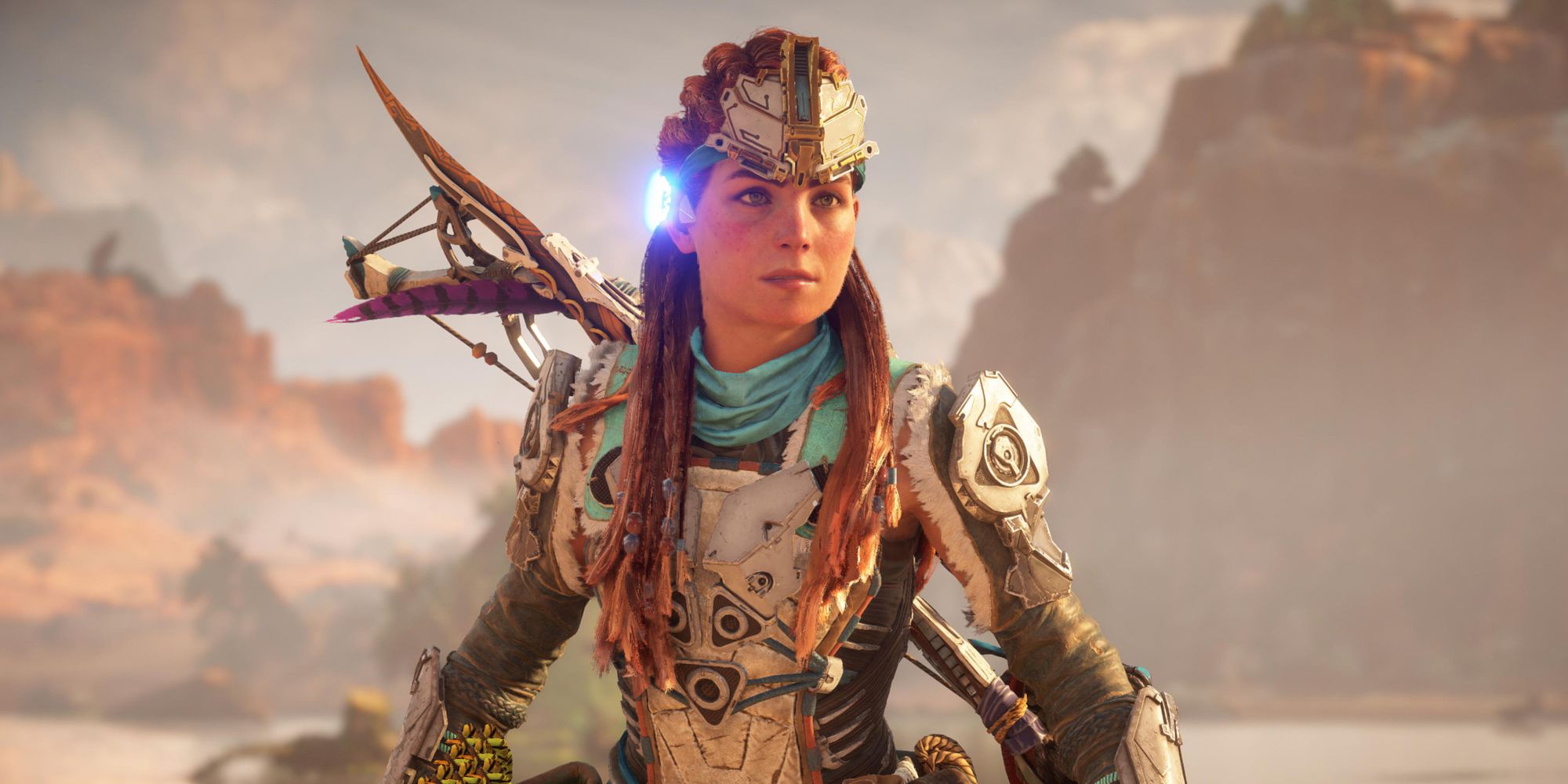 Acting as both tribute to the frozen north and the Horizon Zero Dawn DLC, The Frozen Wilds, this dye uses cold colors of blue and green. The shade blends well into snowy environments from style alone, though it also looks clean and slick in the other settings. Show your respect and pride for Rost through adorning Aloy with Nora wear.

Frozen Wilds can be applied to Nora outfits like Nora Anointed and Nora Huntress and is one of the few dyes automatically unlocked without any extra steps. 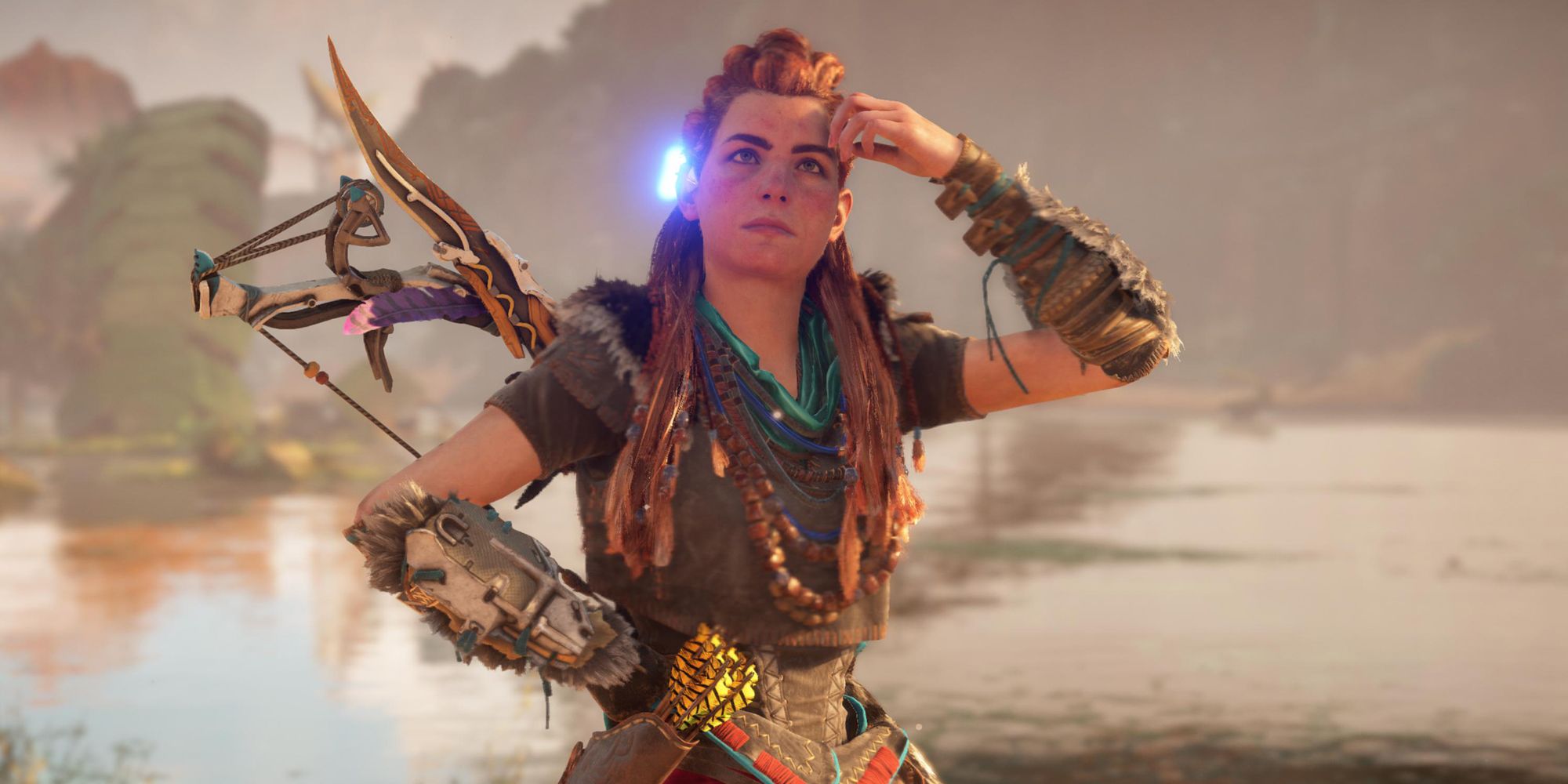 Grey Dawn may very well be the closest you'll get to an all-black outfit as the colors of this dye are made of grays and black with tinges of red and blue. The colors of the dye represent when the Goddess (All-Mother) finally speaks to the Nora, which makes the colors important to Aloy herself. The Nora believes the All-Mother to be a fertility Goddess, with the concept making many appearances throughout the events of Zero Dawn.

Grey Dawn is available from the beginning, a reminder of previous events and Aloy's time as an outcast. 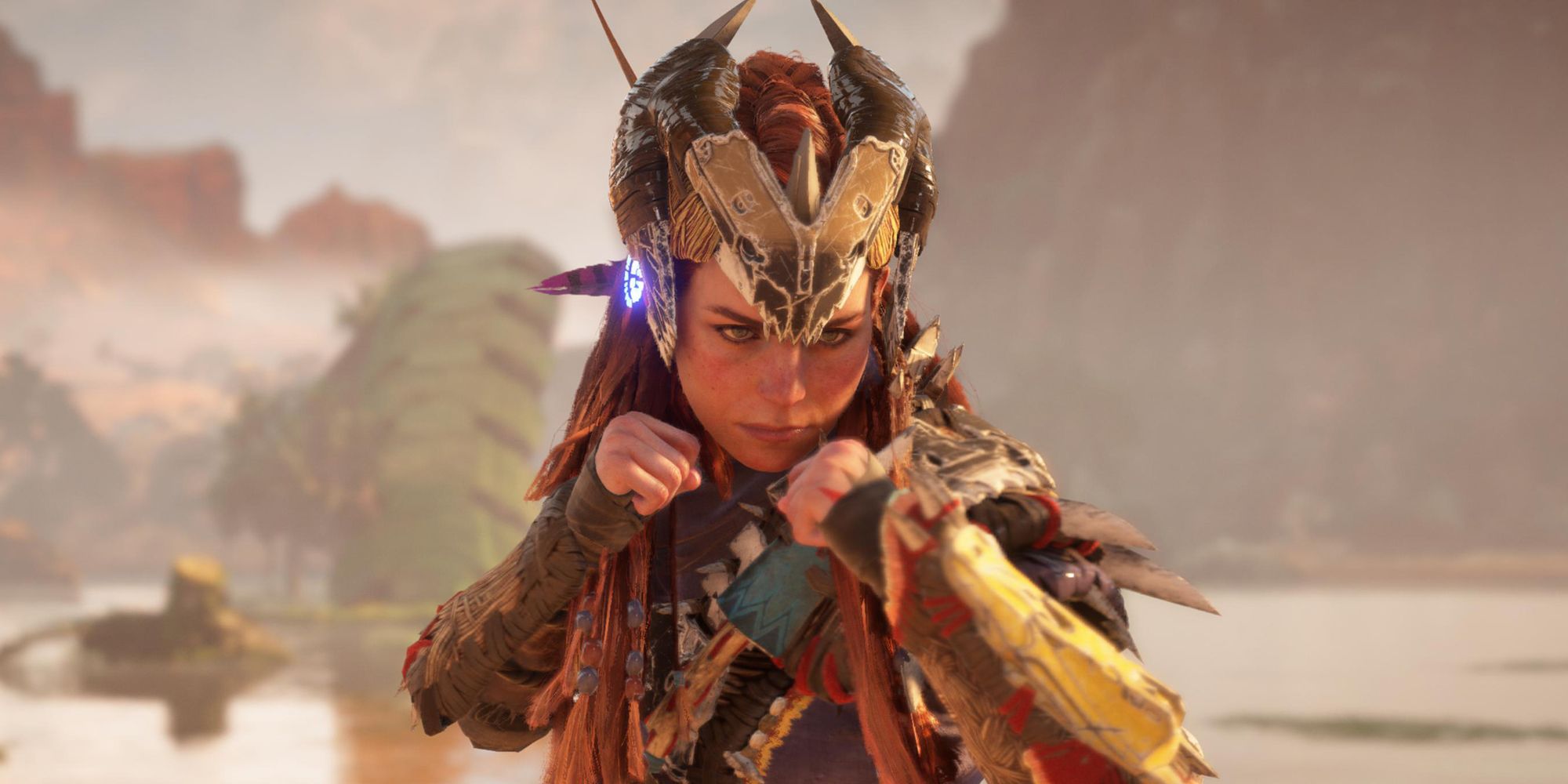 When first applying the Night Blood shade, you might think it to be a nice mix of black, red, and purple. Well, it's also the colors worn by Tenakth warriors who are out for revenge. Aloy also happens to be out for revenge quite often, what with all the people who want her and her friends dead.

Using the Night Blood dye during uneasy sections of the game where any wrong move could mean the loss of a close companion really amps up the tension knowing the context of the colors. Night Blood is one of the dyes unlocked from the very beginning. 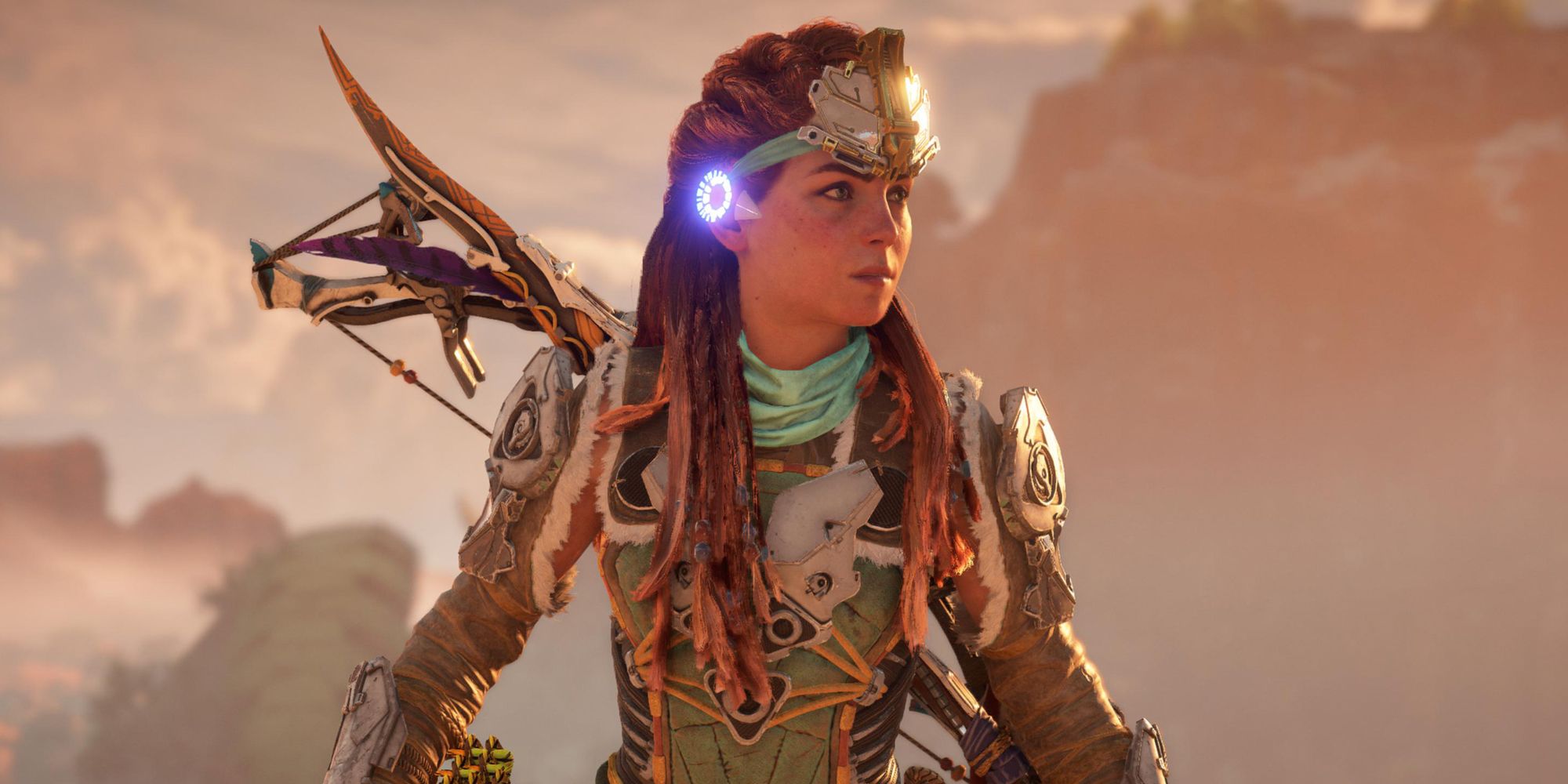 Pale Fens is worn by Nora to celebrate the return of spring after the rough time of the winter, utilizing shades of green, yellow, brown, and blue to represent the warmth of spring. The dye looks similar to the Frozen Wilds dye, with the significant difference being that Pale Fens makes more room for the green in its color palette.

Although there are quite a few dyes from the different tribes, the Nora colors are some of the best, perhaps because of Aloy's connection to them. Pale Fens is available from the start. 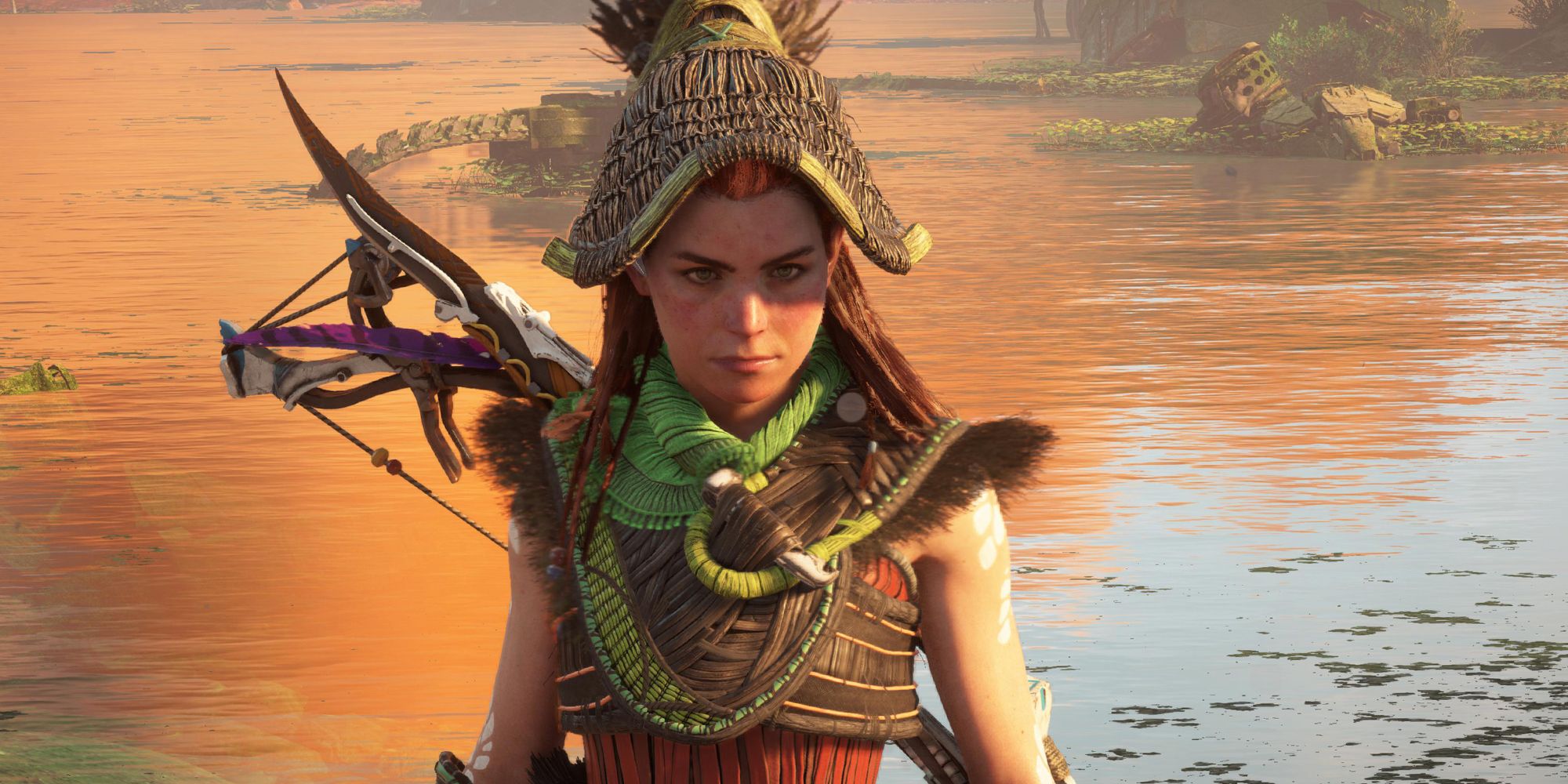 The calming colors worn by all Utaru bring a semblance of peace to a game filled with constant bloodshed. With the Early Autumn dye, Utaru people wear the colors green, red, yellow, and black to welcome the season of harvest. Plant life and farmland are a vital part of the Utaru way of life, with some machines even being viewed as land-gods there to protect the people.

Materials used for the Utaru outfits bring out the bright colors in a way that other outfits do not. To unlock Early Autumn, rescue the Utaru, who is being attacked by a Skydrifter near Plainsong. They will be near a Tallneck. 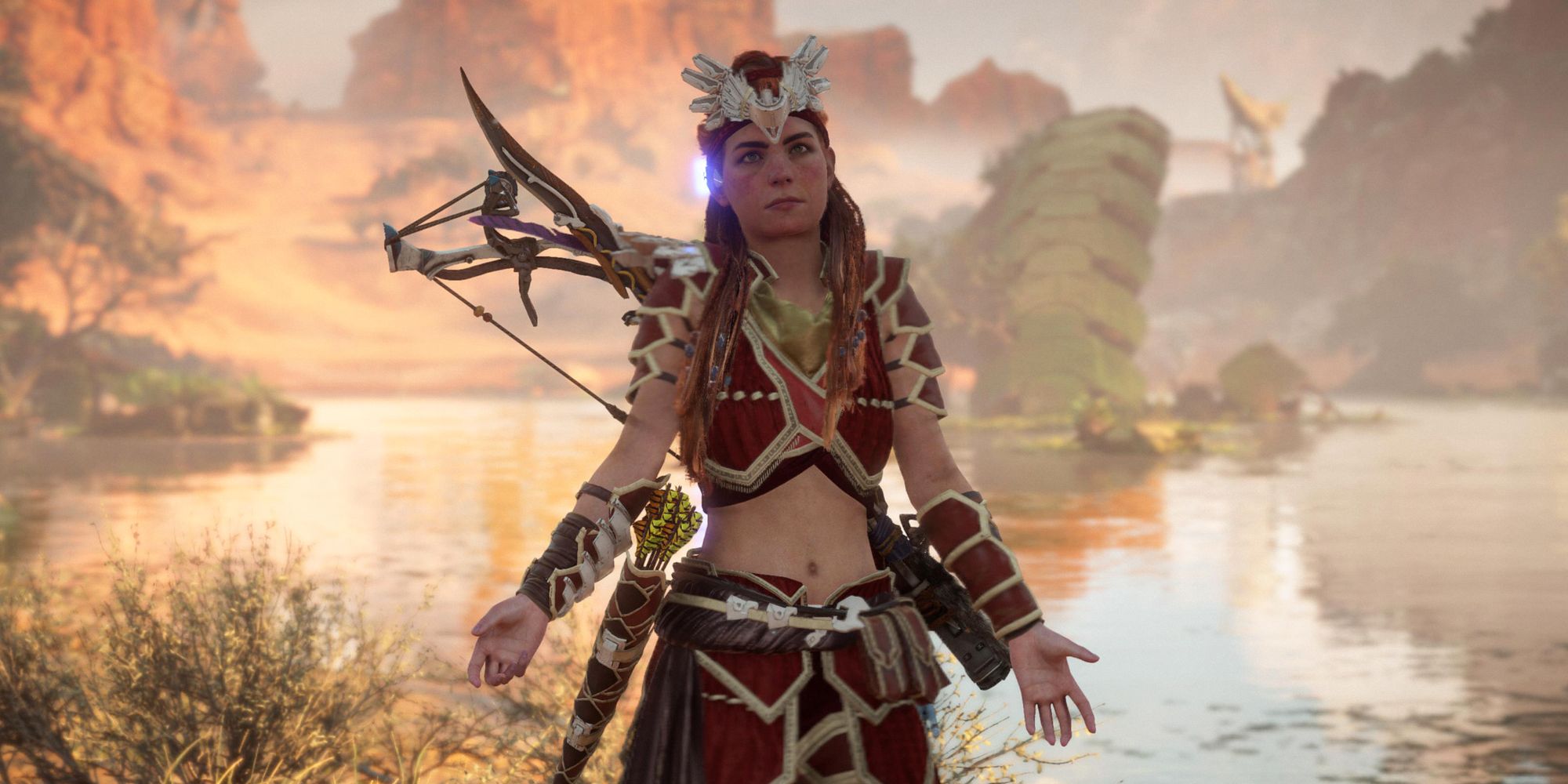 Honoring those who have traveled into the Forbidden West and failed to return, the Carja wear the Blood Dusk colors in memory of those taken by the lands. The dye is made of prominently red hues with hints of a darkened turquoise type shade. Being one of the bold looks in Forbidden West, the shades still manage to look great in all environments.

Wearing the Blood Dusk dye will have you feeling as though you're prepared for battle while also honoring all lives lost in combat before. To unlock Blood Dusk, defeat the Pit Master at Chainscrape.