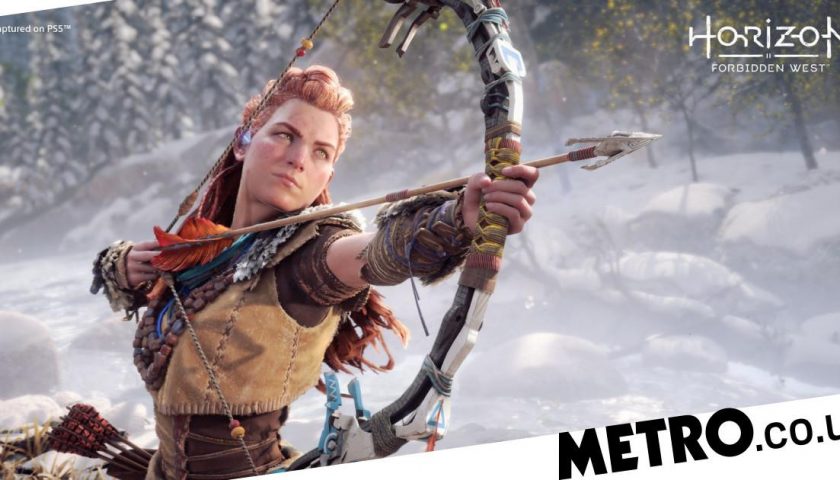 Sony has shared pre-order details for Horizon Forbidden West, and it turns out there’s no PS5 upgrade option at all for PS4 owners.

With it set to launch in February 2022, Sony has announced pre-order details for Horizon Forbidden West. Full details can be found on the PlayStation Blog post but one curious detail about the whole thing is that there will be no PlayStation 5 upgrade path for PlayStation 4 owners.

At the bottom of the post, Sony states that the only way PS4 owners can also obtain a PS5 copy of Horizon Forbidden West is to purchase either the Digital Deluxe, Collector’s, or Regalla Edition of the game.

It even adds ‘Dual entitlement does not apply to the standard and Special Editions.’ So, if you just buy a standard PS4 copy, there is no option to upgrade to the PS5 version.

This is especially surprising since Sony had previously suggested otherwise only a year ago. When Forbidden West, Spider-Man: Miles Morales, and Sackboy: A Big Adventure were all confirmed to release for both PS4 and PS5, Sony had this to say:

‘While these three games were designed to take advantage of PS5 and its unique next-gen features like the ultra-high speed SSD and DualSense controller, PS4 owners will also be able to enjoy these experiences when they launch.’

With that second statement, it sounds like Sony only ever planned to offer free PS5 upgrades for its launch games, which obviously doesn’t include Forbidden West.

Sony’s handling of PS5 upgrades has become somewhat controversial in recent months. When Ghost Of Tsushima: Director’s Cut was announced for both PS4 and PS5, Sony revealed that those who owned the original on PS4 could upgrade to the PS5 version, but said upgrade wouldn’t be free.

By comparison, Microsoft’s Smart Delivery feature means anyone who purchases an Xbox One game can also acquire the Xbox Series X/S version for free, and vice versa.

Furthermore, of the five different editions of Horizon Forbidden West you can pre-order, only two of them come with a physical copy of the game: the standard edition and the Special Edition, the latter of which also includes a steelbook cover, mini art book, digital soundtrack, and Nora legacy outfit and spear DLC.

The remaining three, aside from containing a lot more extra content, like statues and additional DLC, come with digital downloads for both the PS4 and PS5 versions. There is no option to get one of these editions with a physical copy of the game.