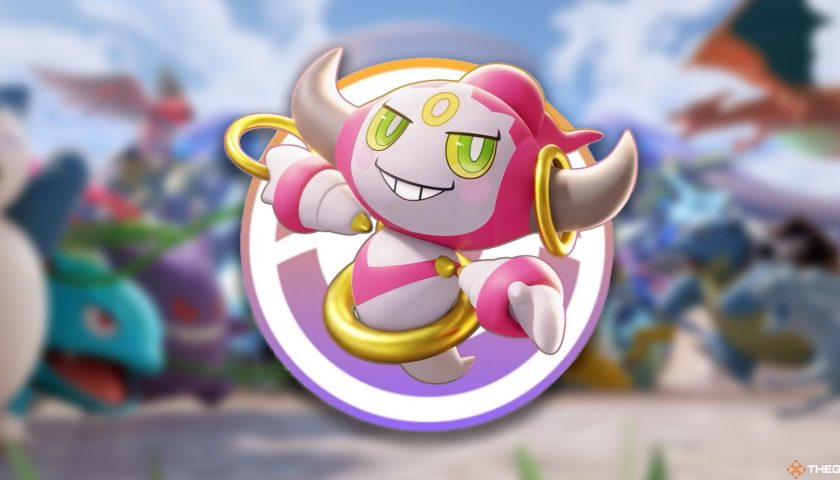 Pokemon Unite's newest addition to the roster is the mythical Pokemon Hoopa, and its abilities have left the community stunned with how powerful it is.

Hoopa has been introduced in the latest update as the game's fifth support Pokemon, and its first-ever playable mythical or legendary. Designed to ensure your allies can get wherever they need to go, Hoopa has the ridiculous ability to just teleport the entire team wherever it wants.

The ability in question, as outlined in Hoopa's release trailer, is called Hyperspace Hole. Hyperspace Hole lets Hoopa place a large ring on the ground, and then, after a certain amount of time has passed, it and any allies still in range will be warped back to base. It isn't a one-way trip, though, as you can then use Hoopa's ring to teleport right back to where you started. You can even Hyperspace Hole on one of your goal zones, it will instead create a teleport to the corresponding goal on the opposite path, to help get backup to wherever is needed as fast as possible.

Hoopa's Unite Move is Rings Unbound, which transforms Hoopa into its Unbound form and gives it access to the Hyperspace Fury and Psybeam attacks. Interestingly, its basic attacks also now have a kind of splash damage, and will be able to hit up to two Pokemon at the same time. Finally, when you activate Rings Unbound, it creates a teleport point at your location that allies can do a one-way warp to, effectively turning your allies into part of your Unite Move. 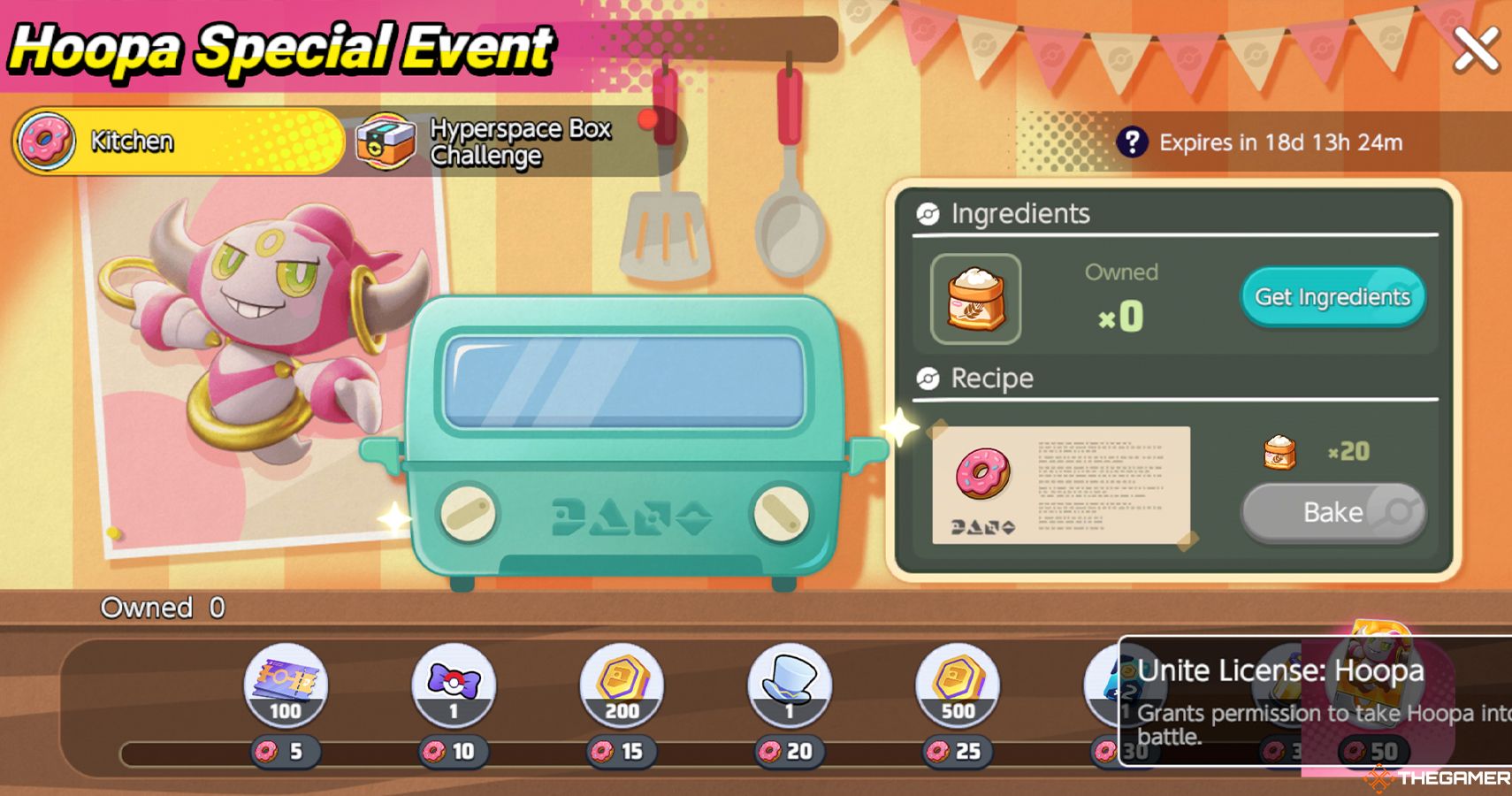 Despite being added to the game, you can't actually buy Hoopa right now. Instead, you can gain the Unite License for it by playing in the Hoopa Special Event, which has you collecting ingredients to make donuts to coax it out of hiding. It's a cute little event, and it's great that you can save your Aeos Coins and Gems for the next Pokemon.

The response to Hoopa has been one of cautious excitement. While many players think it's going to be practically useless in solo play with four unhelpful teammates, in games with coordinating players and a high ELO it could be a total beast. Hoopa could make capturing Zapdos a much more interesting point in the game, as now there is a viable way to prevent the other team taking it down when they've already got there first.

Hoopa is available in Pokemon Unite on Switch and mobile now, as part of the 1.4.1.4 update.