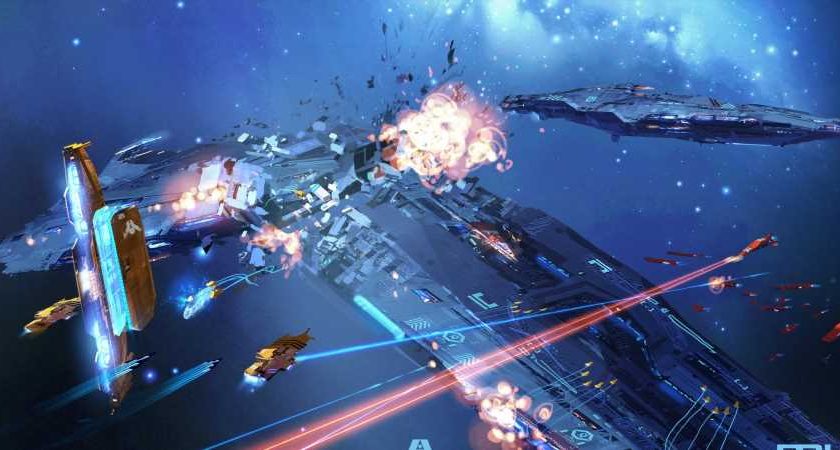 After the summer of 2021 announced a mobile Homeworld strategy game and a Homeworld tabletop RPG, finally we get confirmation that Homeworld 3 is coming. It's not soon, but it's coming, and The Game Awards had the trailer to prove it.

Homeworld 3 development first began back in 2019 with a successful crowdfunding campaign on Fig. Then Gearbox Publishing was purchased by Embracer resulting in even more funding and the return of Fig's investment scheme. A tentative 2022 release window was provided and now, thanks to the new gameplay trailer, we've got a slightly firmer release window of Q4 2022.

A true sequel, Homeworld 3 picks up after the events of Homeworld 2. Karan has long since passed into myth and legend during a golden era of space travel thanks to the Hyperspace Gate Network. But now the gates are failing, and only the mysteries of Karan can save the network and prevent a dark age.

Homeworld 3 will feature brand new ship designs and combat settings other than the pure void of space. Expect to fight in the hulking derelicts of an ancient civilization while weaving combat units in between giant tech ruins called "megaliths." Ballistic weapons will be fully simulated and require line of sight to strike their targets, and strike craft will share intel with capital ships through radio chatter.

Along with the main story campaign, Homeworld 3 will include several multiplayer game modes like 1v1, free-for-all, team-based games, and a brand-new co-op roguelike mode.

“Homeworld 3 is the realization of the vision of what we set out to create in the Homeworld series, with modern technology allowing us to push beyond our wildest dreams of large-scale dynamic space combat packed with emotional sci-fi storytelling,” said Rob Cunningham, CEO of developer Blackbird Interactive and original art director on Homeworld and Homeworld 2. “We could not be more excited to debut the deepest look yet at gameplay with the incredible Homeworld community and the world at The Game Awards.”

According to Gearbox's press release, Homeworld 3 is being "developed for powerful modern hardware," so expect this game to require a hefty PC to run at max settings.