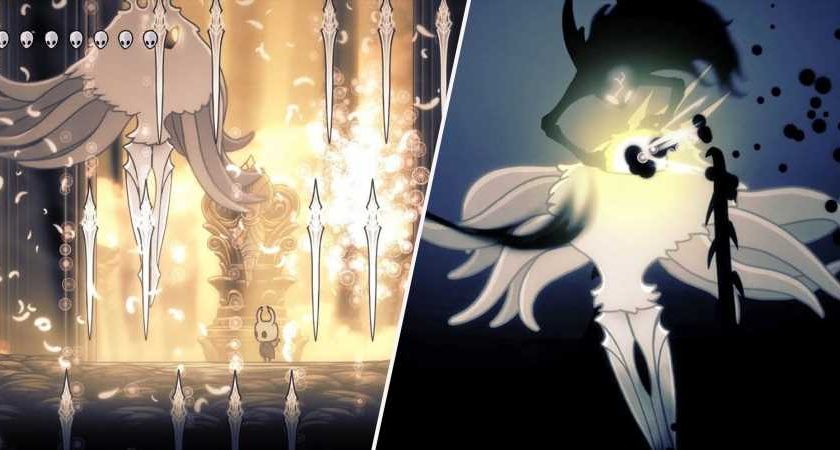 Team Cherry’s Hollow Knight is an incredibly hard game by average Metroidvania standards, but it takes things to another level when it comes to boss fights. Hollow Knight’s bosses are consistently challenging, pushing players to master the mechanics as soon as possible. Hollow Knight throws players into the deep end right away and only raises the difficulty curve. 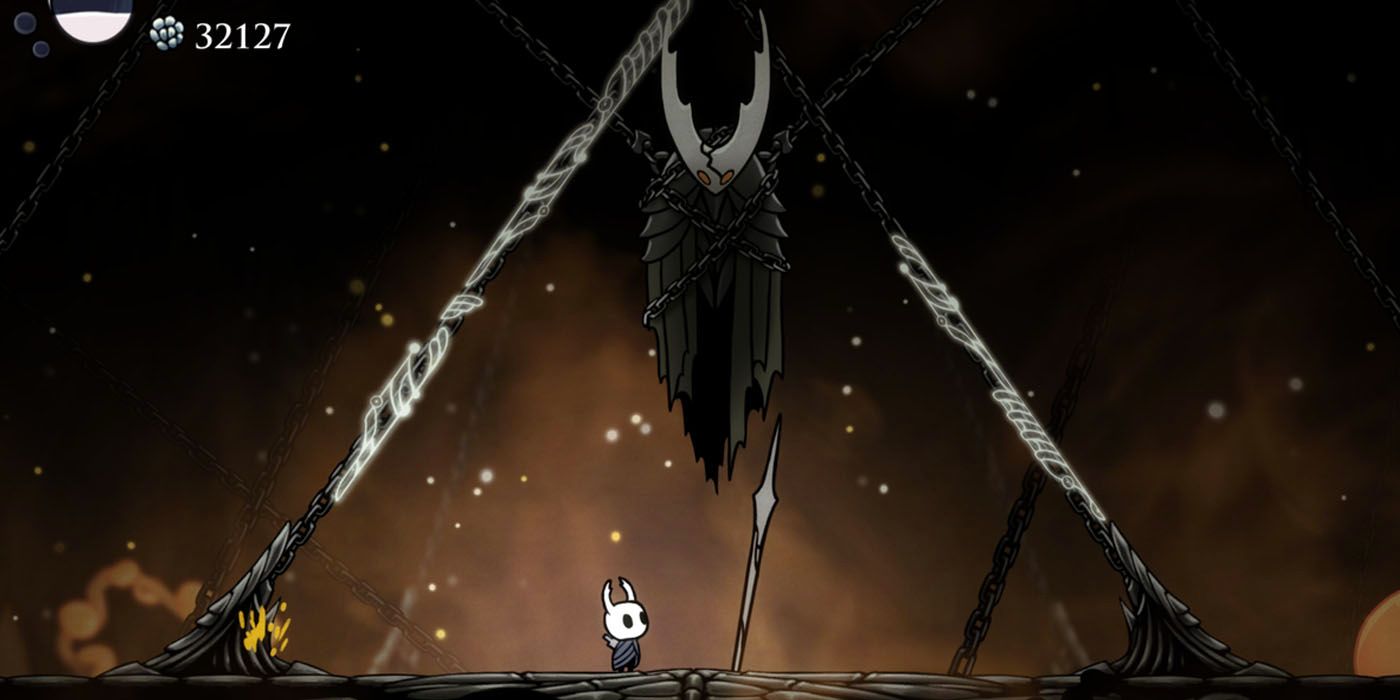 Make sure to have Void Heart equipped for the final battle, otherwise you won’t be able to trigger the fight against the Radiance. Dying against the Radiance means fighting the Hollow Knight all over again, so it’s important to learn how to put them down right away. Fortunately, the Hollow Knight isn’t actually too challenging. Most attacks aren’t hard to dodge with practice, so it’s easy to keep damage constant.

The fight against the Hollow Knight moves in four distinct phases depending on how much damage they’ve taken. Phase 1 is simple enough and they’ll stick to melee attacks like their lunge, 3 hit combo, and parry. Hollow Knight will start firing a barrage of blobs at the player and a downslash that summons a pillar of flame from the ground.

During Phase 3, Hollow Knight will stop using melee attacks and primarily sticks to spells. They’ll also stab themselves in the chest several times as they get closer to death. Once enough damage is done, Hollow Knight will transition to the fourth phase where they’ll drop to their knees and Hornet will intervene. Quickly charge up your Dream Nail and strike them to end the fight. 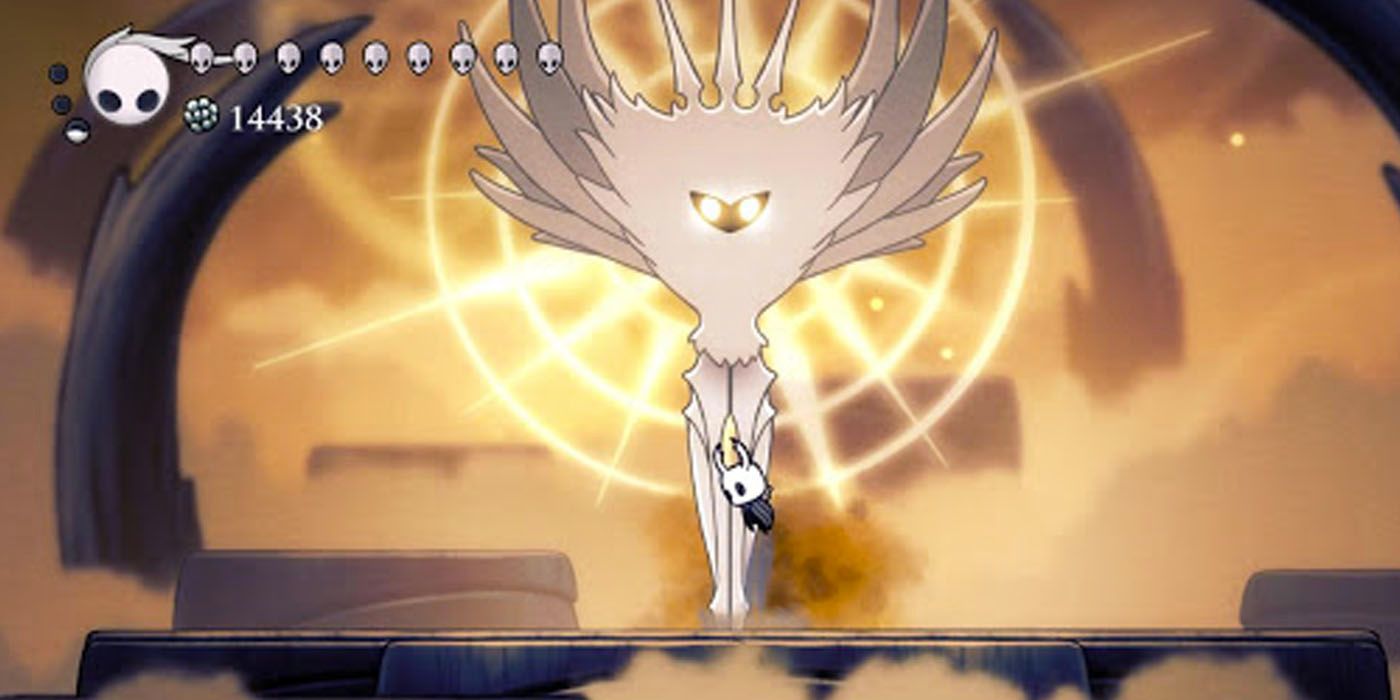 You’ll be transported to a new arena after using the Dream Nail on the Hollow Knight. Hop up the platforms and initiate conversation to trigger the fight against the Radiance. All the platforms will disappear, you’ll drop to the arena below, and the Radiance will spawn. Even though the Radiance doesn’t do contact damage – allowing you to keep right on them while attacking – they pack a heavy punch.

The first phase of the fight is a gauntlet of dodging non-stop attacks while trying to get a constant stream of damage in. The longer you let the fight go on, the more chaotic it’s going to get. The Radiance will summon swords that stick out of the floor and rain down from the skies or side, locking you into specific parts of the arena. The Radiance also shoots out beams of light, summoning them from the ground or splintering throughout the entire screen.

Not just that, the Radiance summons a gold orb that’ll hone in on you and pursue for a few seconds. Learn to dodge these attacks so you can afford to play as relentlessly as possible. You need to keep on the Radiance, attacking whenever it’s in sight while also prioritizing dodging. You’ll be bombarded with swords as the Radiance is close to death, but after enough punishment, they’ll stagger to the ground and phase 2 will start. 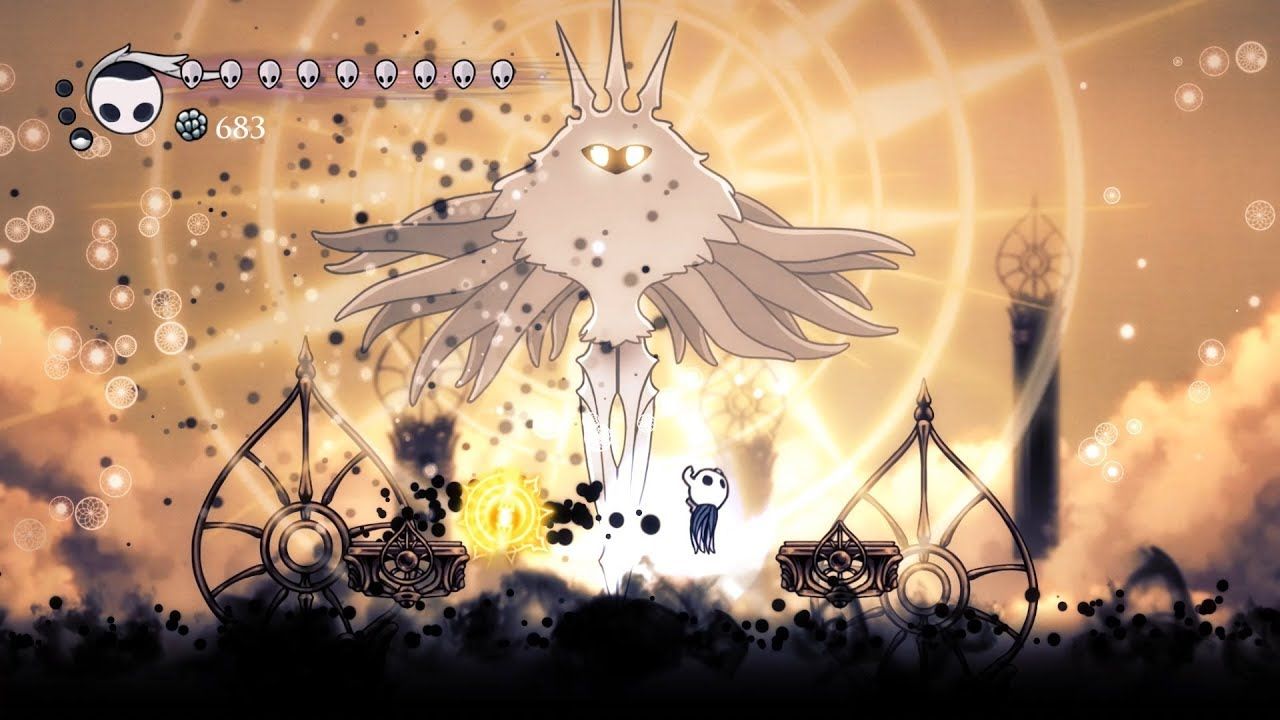 The second half of the final boss is even harder. The ground will disappear from under you while platforms spawn in the sky. You’ll need to move from platform to platform while dodging and attacking. The Radiance more or less uses the same set of attacks, with an emphasis on beams of light.

Stay on the offensive and the Radiance will eventually take to the skies. You’ll need to do some vertical platforming as the Radiance fires beams of light down on you and a black fog rises from underneath. Time your jumps carefully to avoid the beams and the platforms will eventually bring you face to face with the Radiance. Attack them once to kill the Radiance once and for all.