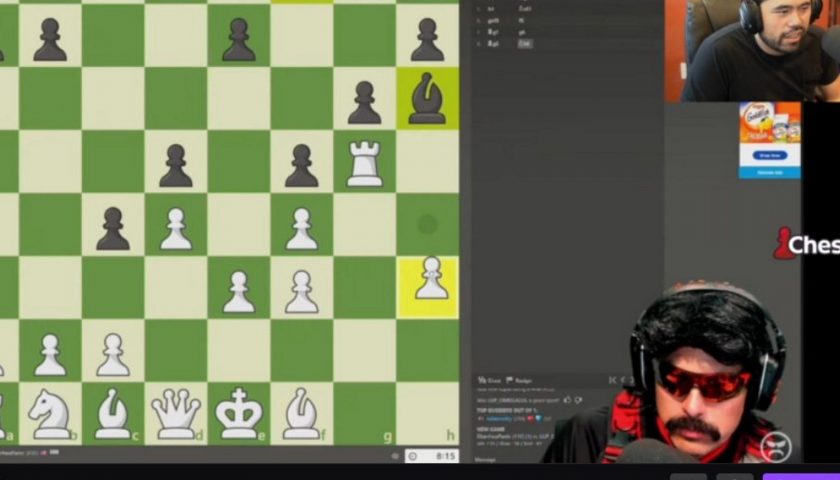 Chess Grandmaster Hikaru Nakamura, five-time US champion and one of the best chess players in the world, has been banned on Twitch. Nakamura's channel was on of the highest-rated chess channel for his friendly approach to critiquing games and teaching chess to new players. Unfortunately, Nakamura ran afoul of the streaming service's guidelines after he streamed a chess match between Dr Lupo and Dr Disrespect.

Dr Disrespect was famously banned from Twitch in 2020 for reasons that still haven't been disclosed. The good Dr recently announced that he had "resolved" his legal issues with Twitch, but the lifetime ban remains in effect.

“Today I was banned from Twitch because I showed some chess games that were being played between Dr Disrespect and Dr Lupo on YouTube the other day,” said Nakamura in a recent YouTube video. “Now, incorrectly at the time, I assumed that because Dr resolved his issues with Twitch, there would be no problems with showing that on my stream. As it turns out, Dr is still banned and apparently was only referring to legal issues.”

As noted by Kotaku, Asmongold replied to Nakamura's ban saying it was awfully strange that even re-streaming Dr Disrespect was grounds for a ban. Asmongold admitted to streaming his reaction to Dr Disrespect's recent NFT controversy, but that didn't result in his own temporary ban.

"The rules are clearly not black and white and 3 days for not understanding an unstated nuance seems unfair," wrote Asmongold. It seems the strange odyssey of Dr Disrespect’s Twitch ban isn’t quite as resolved as first thought.