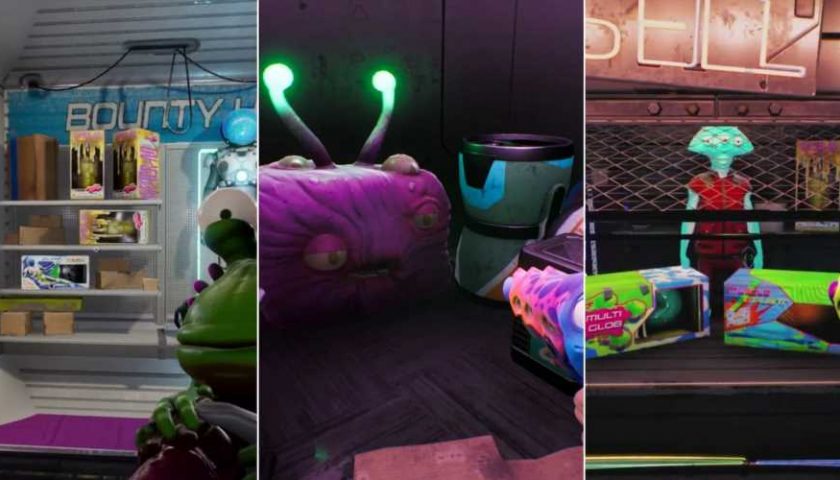 Weapons are the backbone of any good first-person shooter title. In High on Life, the weapons are much more than tools to complete a task. Instead, they are characters that you will connect with on a different level. However, this doesn't mean they won't be useful when getting down and dirty fighting the G3 cartel.

Like many games, High on Life allows you to customize your weapons to an extent. Each weapon, known as a Gatlian, has multiple mods available. These provide buffs, new abilities, and sometimes completely change the way they work. There are a good few that you'll want to focus on obtaining over some of the other less effective mods. 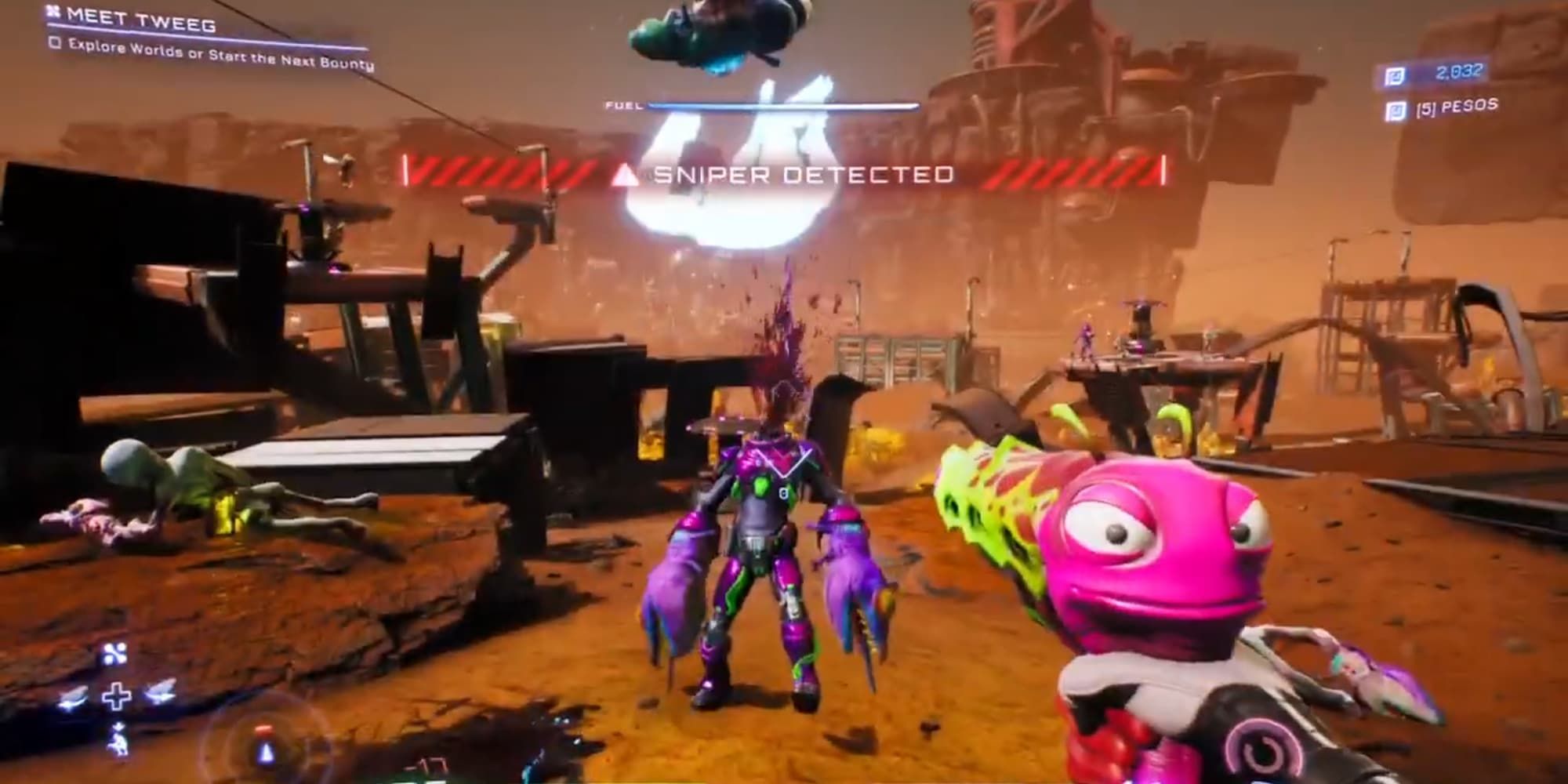 This mod for Kenny, the pistol Gatlian, can be purchased at Mr. Keeps Pawn Shop for 600 Pesos. It is one of the first mods you'll more than likely buy in the game. It isn't all that great, though, when you consider what it does.

Bounceflector is a mod that will cause Kenny's shots to deflect off of enemies. This doesn't guarantee that it will hit another enemy, as it is wildly inaccurate. You're better off using Gus' discs as they bounce around while dealing massive damage and can be hit out of the air to keep the disc going. 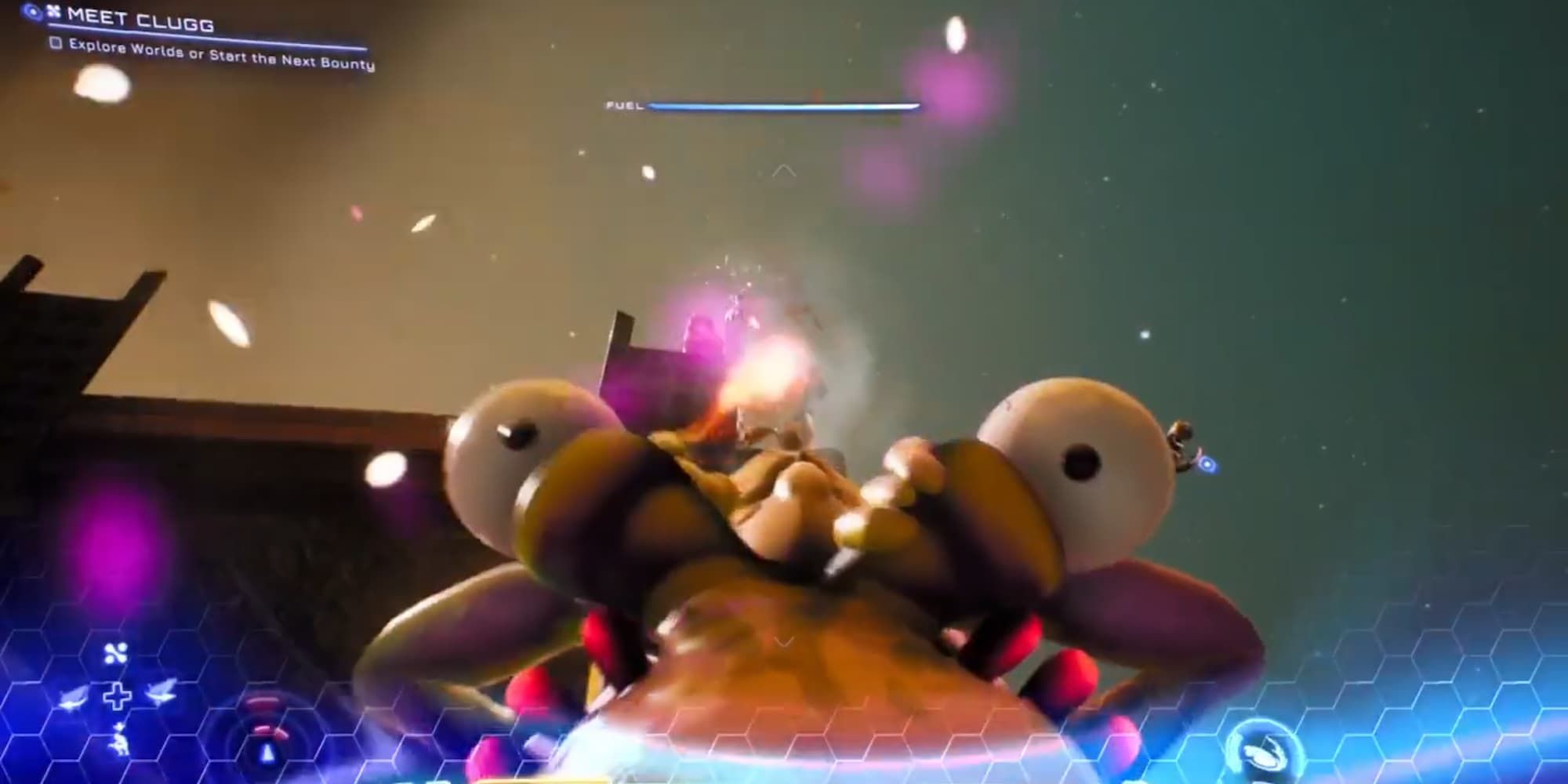 One of Gus' special abilities is that he can suck smaller enemies toward you. This lets you shoot his shotgun pellets for an easy kill when a G3 member is being pulled in. Goopsuck removes that feature from him.

You can buy it for 1500 at Mr. Keeps. Goopsuck, instead of sucking enemies in, will simply suck the armor off of the G3 Cartel members. That will make it easier to defeat them, though you may have to switch weapons to do so if you're further away when using Goopsuck. 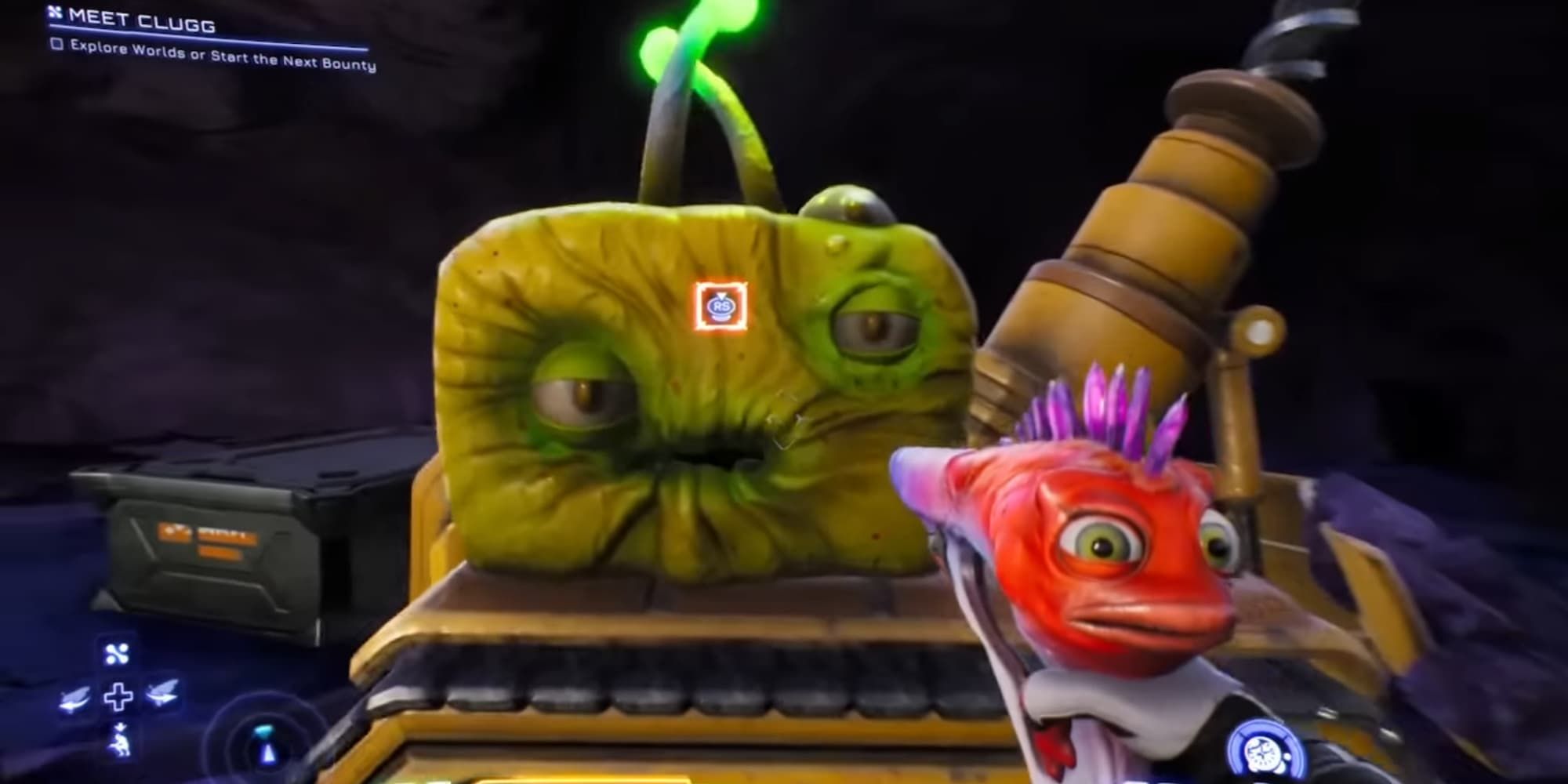 Found past the fan in the mining tunnels of Zephyr Paradise, the Summoning Portal mod is available for Sweezy. She acts as a submachine gun, sort of like the Needler from Halo. With the Summoning Portal, you can swap out her ADS alternate-fire ability for something new.

Normally, her ADS shot fires a charged-up crystal that you can detonate. This mod changes it into a portal that shoots out a completely charged crystal at the nearest enemy. It comes after a short delay, so for impatient fighters, you'll want to skip this one. 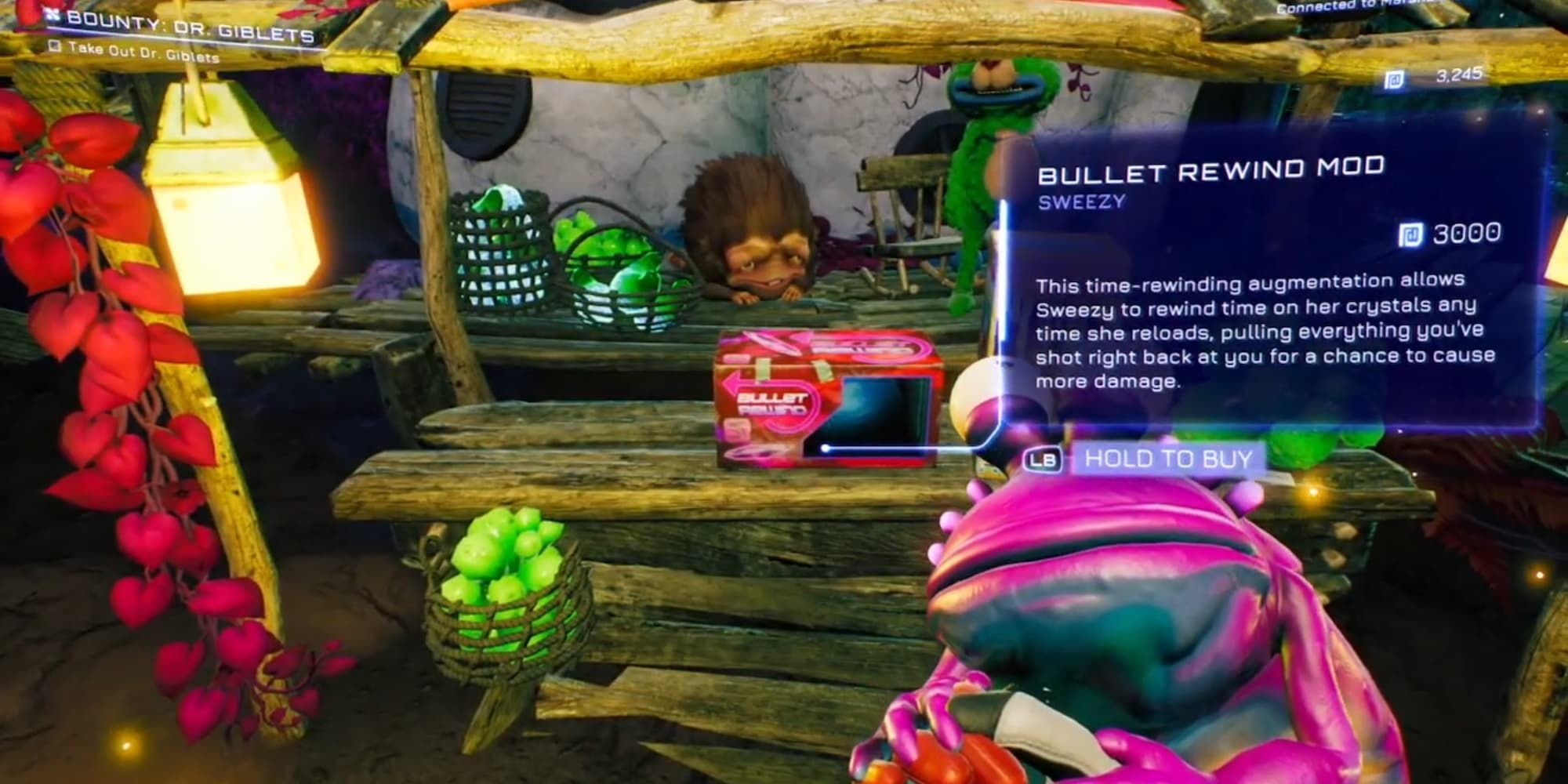 Sweezy comes with time-warping abilities. With her time bubble, you can slow down enemies, stop flying cars so you can safely cross large gaps, and keep fans from interfering with your travels. Bullet Rewind adds another time-warping functionality to Sweezy.

You can buy it for 3000 Pesos in Zephyr Paradise at Furwaggle Farms. This will allow you to rewind time on her crystals. They will fly back into Sweezy and deal damage to anyone they contact along the way. It's fun, but you have to position yourself correctly for its full effect. 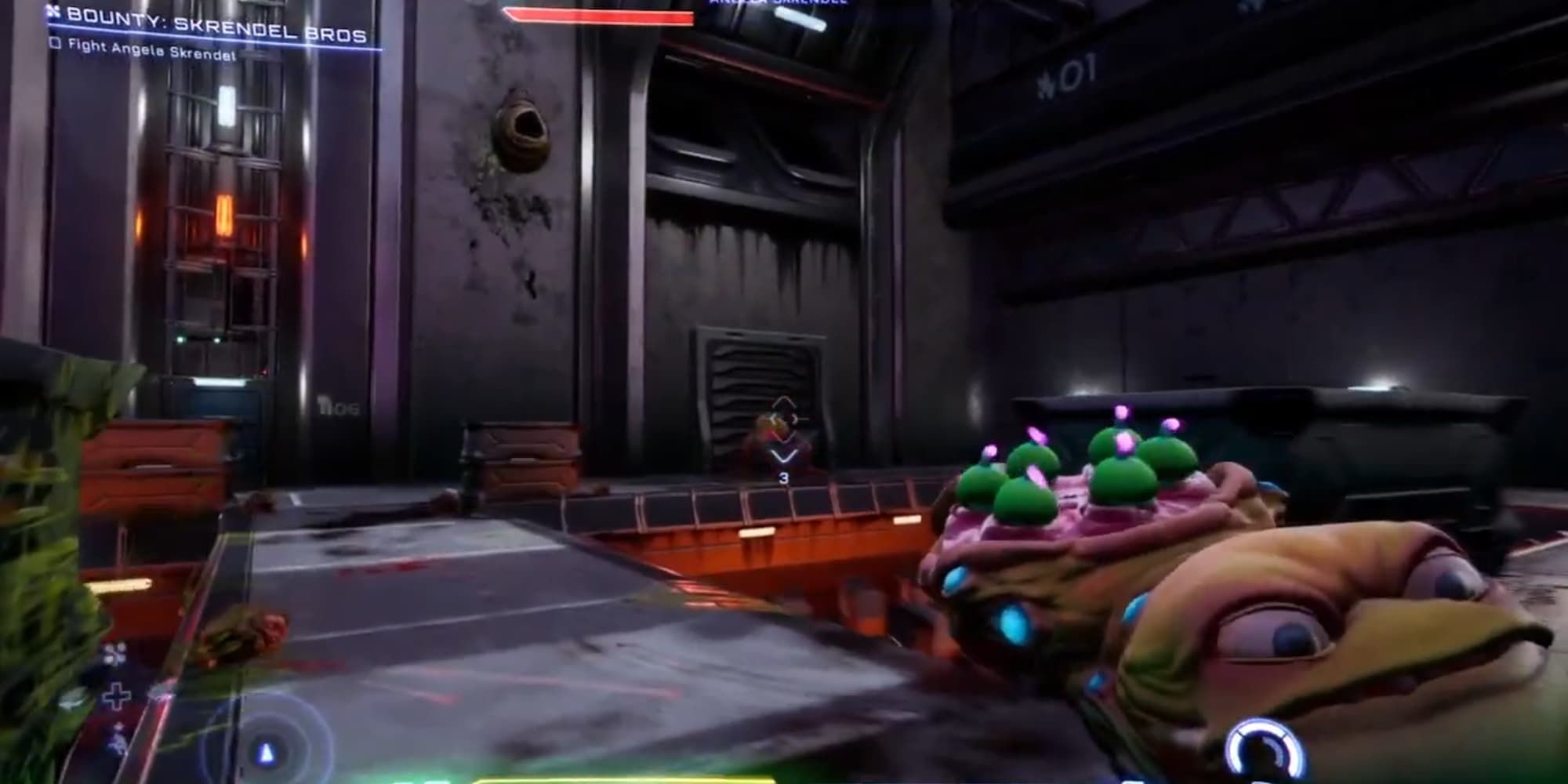 Creature's Lamaze Launcher costs 3500 Pesos in the Skrendel Cafeteria. It's a good weapon mod but it doesn't match up with a few others. It shoots three of Creatures bullets, which are his kids, on a full charge.

Creature's kids rush at enemies and attack them. That's all they are capable of. So, shooting multiple out after waiting for the full charge to take place isn't ideal. It just takes more ammo when you could pop three ammo out in the amount of time the charge requires. 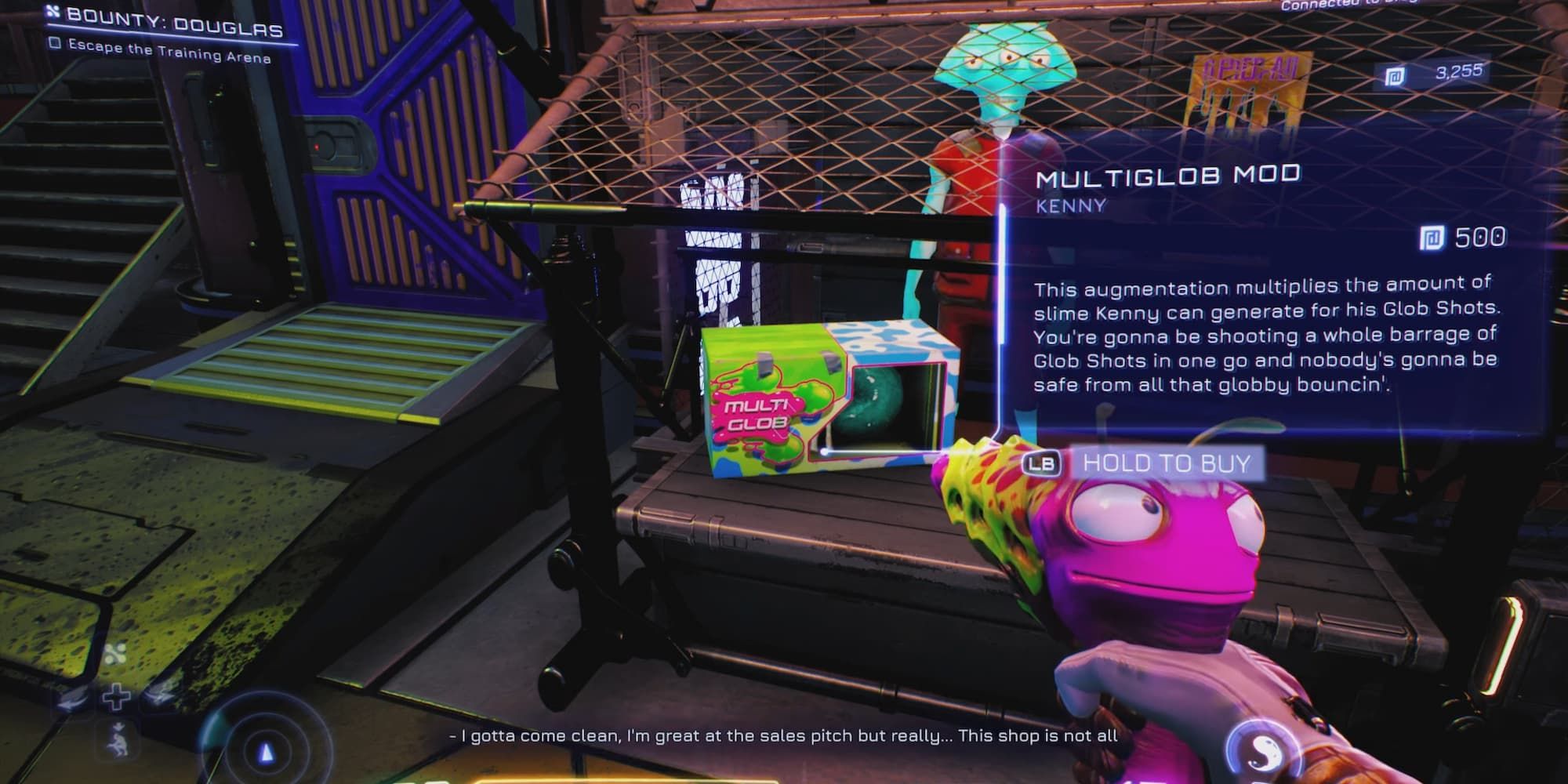 The Multiglob mod for Kenny is one of many available for purchase rather than found in the High on Life universe. You'll get this one when you cough up a measly 500 Pesos at Port Terrene in the Dreg Town pawn shop.

Kenny's Glob Shot sends a glob of goop at enemies which damages them and bounces them up in the air. As the name implies, the Multiglob mod allows the Galtian to send out more than one Glob Shot at a time. The area of effect is large on just one, making multiple a bit redundant as they fire within close proximity of each other. 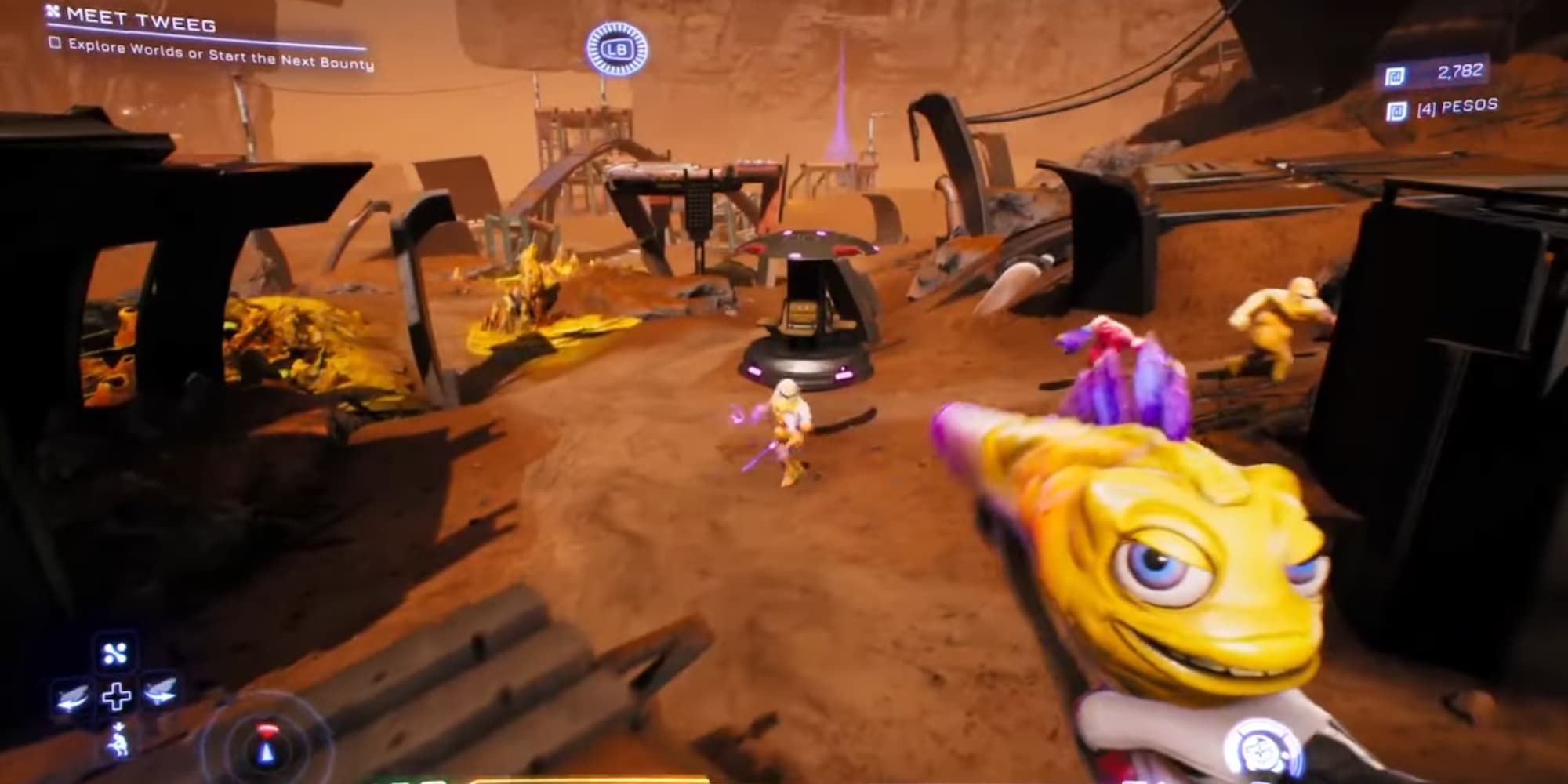 There are multiple ways in which you can detonate the crystals shot from Sweezy. You can melee an enemy after shooting them, shoot the large charged-up crystal with smaller ones, or obtain the Remote Detonator mod. That is a much easier option.

Buy it at Mr. Keeps Pawn Shop for 1500 Pesos, and Sweezy will become a long-distance threat. You can send a barrage of crystals at any enemy. Then you can remotely detonate them instead of having to fire upon them. This deals massive damage with little effort. 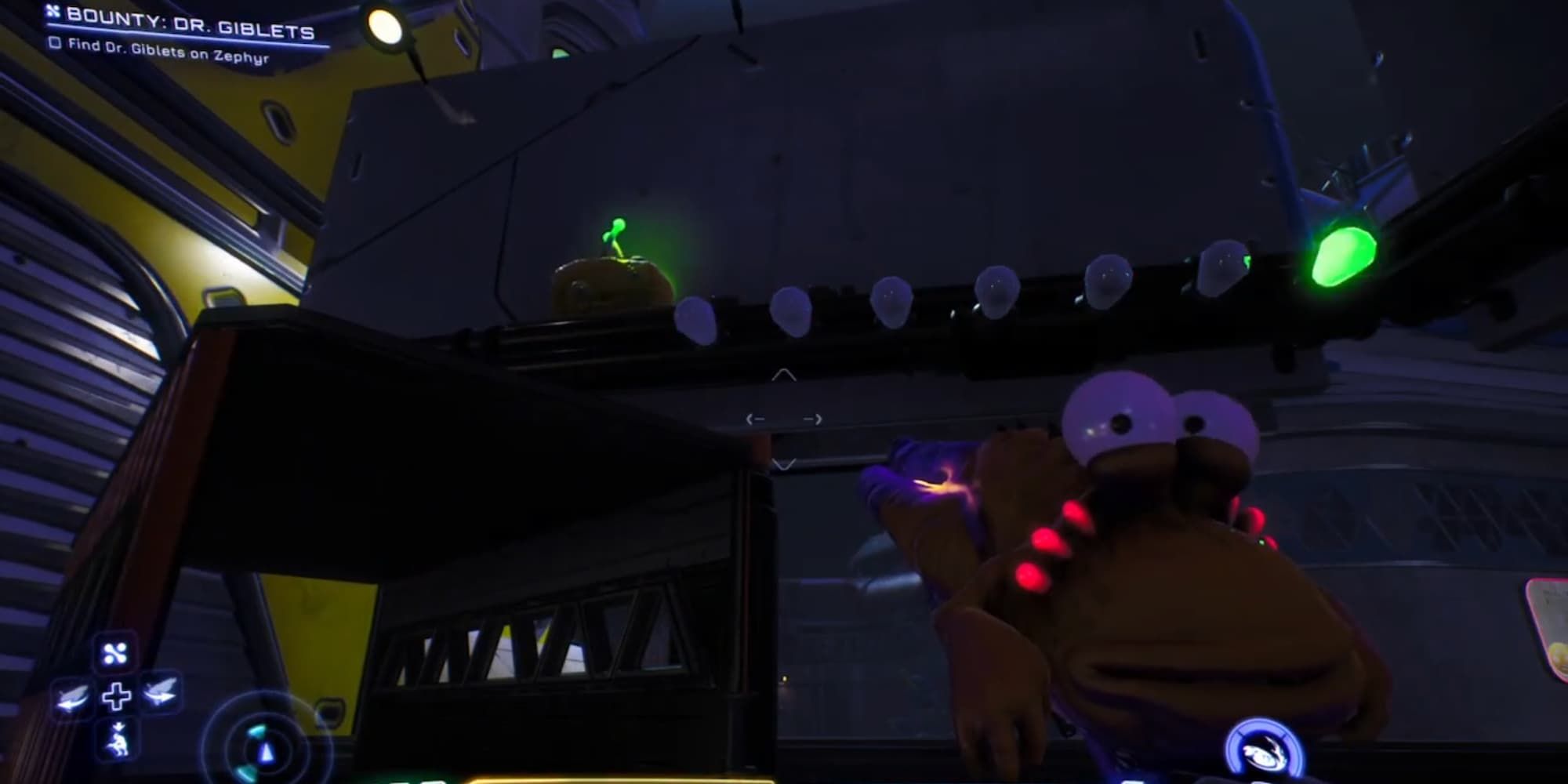 Gus' ability to suction enemies is one of the best in High on Life. You can pull in the lesser G3 members and finish them off in one shot with his shotgun blast. The Burst Suction mod turns that into one powerful pull.

It is found in a yellow Luglox near Space Applebee's. Put it on Gus when acquired, and he will gain the ability to charge up his suction. Once you release it, Gus will pull everything in his path toward you with one giant burst. It's crowd control and a ton of fun all in one. 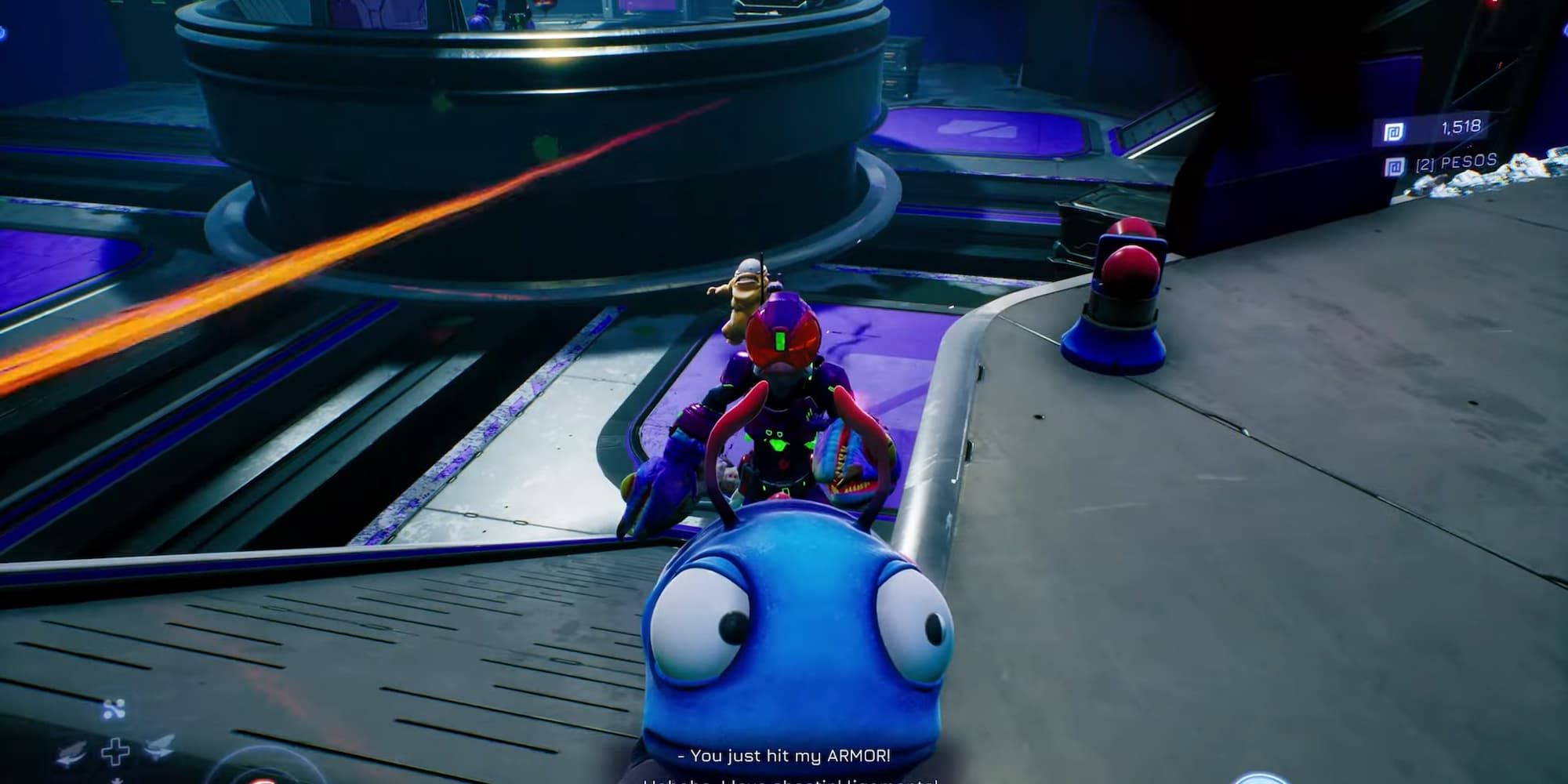 Kenny is the first Gatlian you obtain in High on Life. You will probably use him much more than other weapons in the game. That makes getting his mods a near-necessity. While the others can be purchased, his Magnum mod must be found on top of a cliff near the Upper Valley Portal.

When you've got it, Kenny turns into a western revolver of sorts. When you aim down the sights with him, instead of shooting one pinpoint bullet, he will turn into a burst weapon. Three ammo will be used to create one massive shot that does triple the damage it did before. 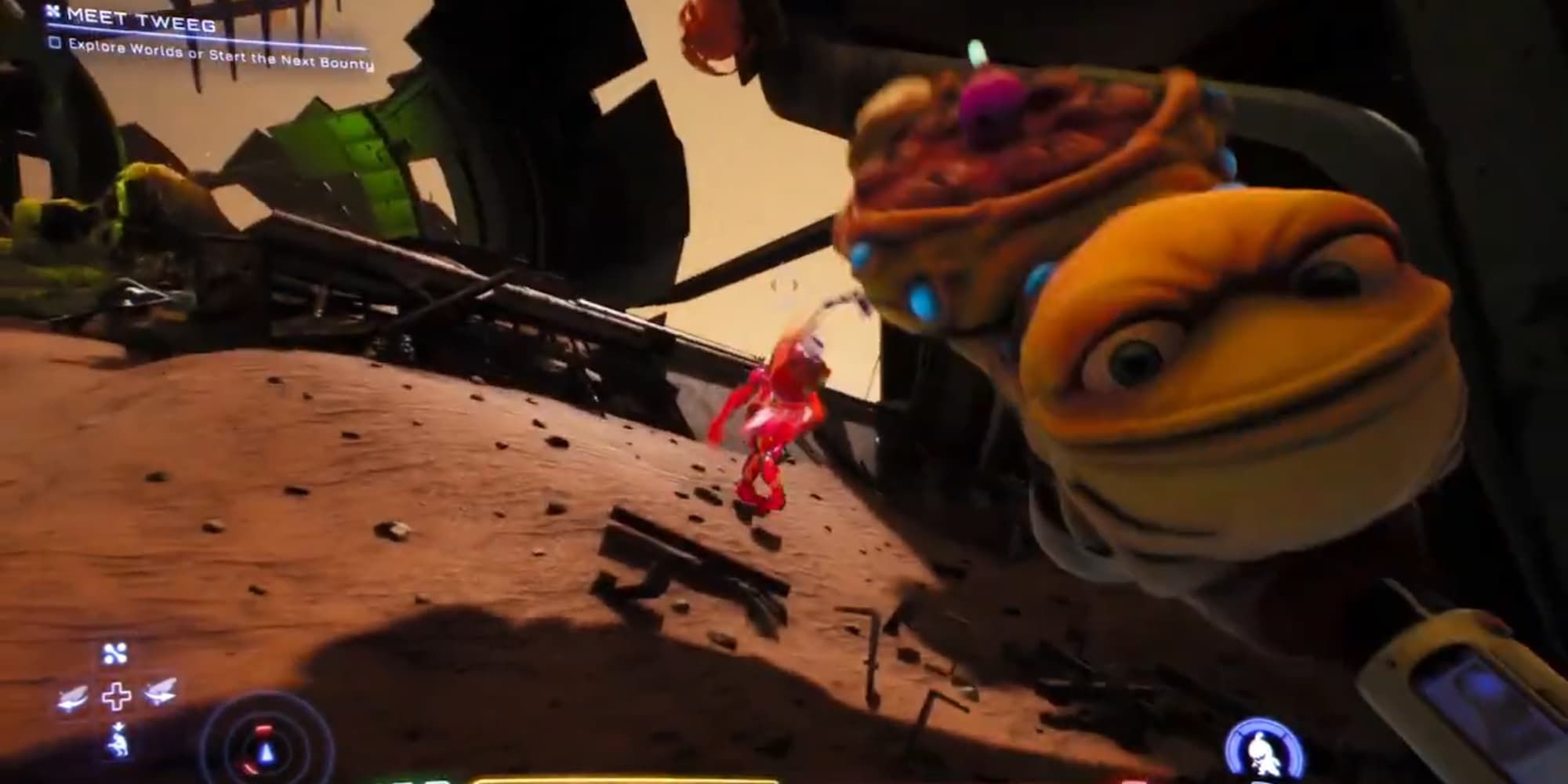 Creature's children are valuable assets in High on Life. They can take out enemies and help open doors when shot through vents. With the Heartsap mod, they will become even more useful. You'll gain your health back when this mod is active.

Purchase the mod for a cheap 1600 Pesos at Mr. Keeps Pawn Shop, and you'll stay alive for much longer. When Creature's children get a kill, they will run back to you with a gift. That gift is a boost to your health. 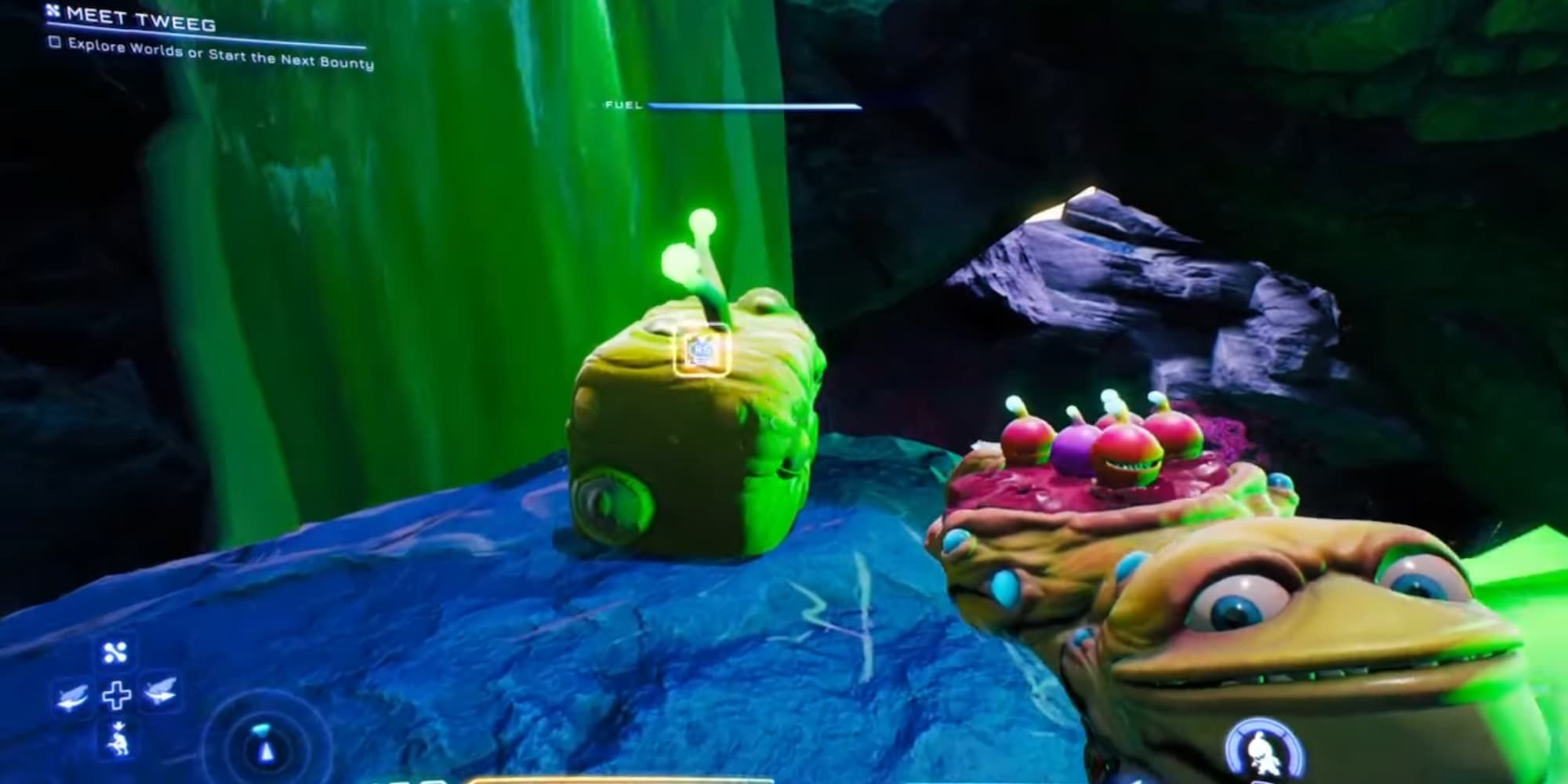 In a yellow Luglox at the top of the slime waterfall near Skrendel Lab, you'll find the Neonatal Eruption mod. This mod goes on Creature and turns his children into explosive weapons. They won't survive long in the first place and this makes them deadly upon death.

As you shoot his children out of him, they will rush enemies and attack them. After the children die, they will explode and deal a final wave of damage to whichever enemy they are nearby or attached to. Extra damage in High on Life is way too important to pass this mod up. 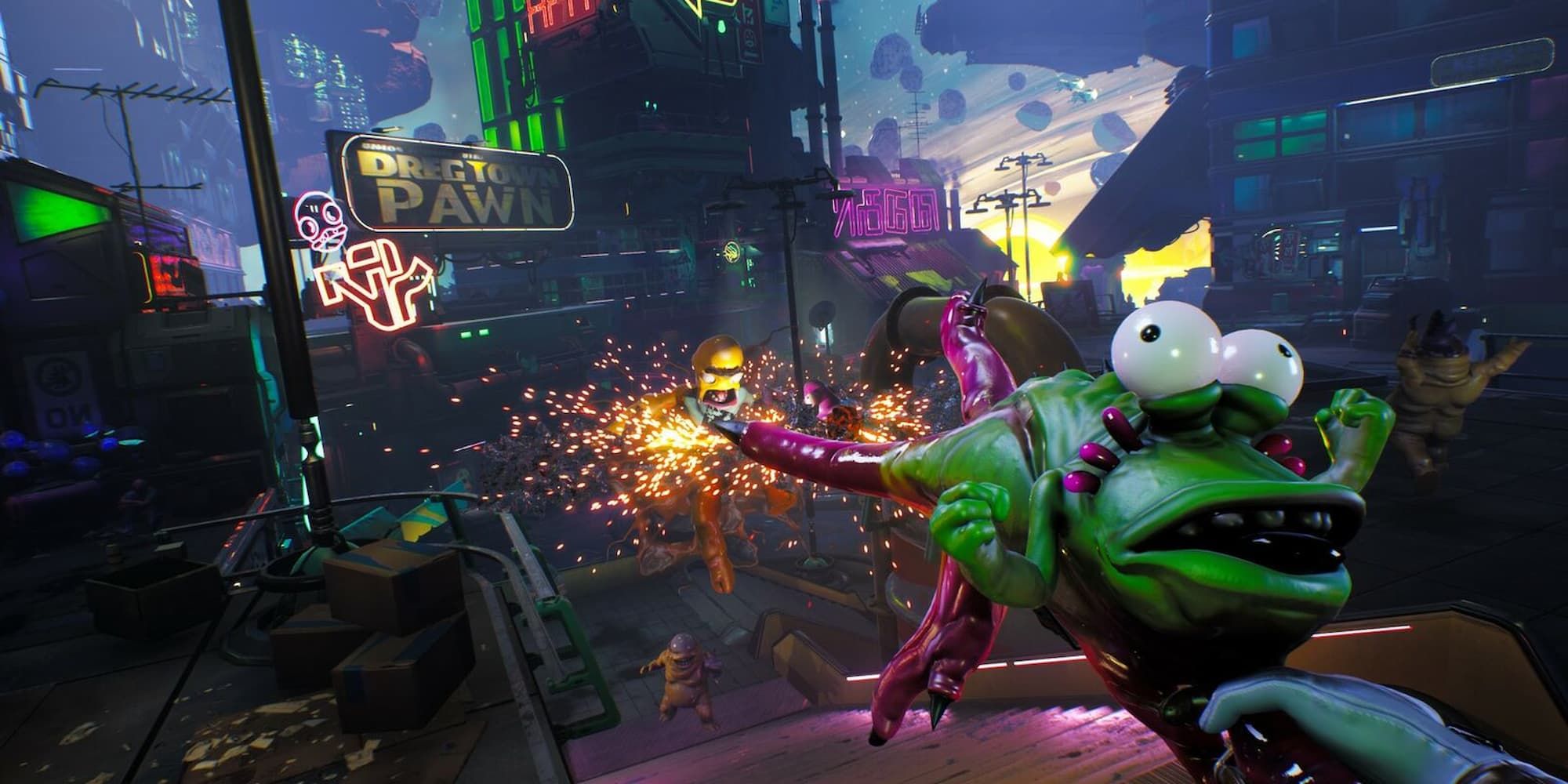 Gus is a shotgun Gatlian. His main method of firing at enemies is only useful at close ranges. Finding his Flak weapon mod will make that usefulness skyrocket. It turns his ammunition into exploding pellets.

A yellow Luglox contains this mod near the Labratory Crossroads warp door in Jungle Clearing. Get it, add it to Gus, and you'll have the most powerful weapon mod in High on Life. Every time you shoot Gus, his bullets will explode on contact to deal more damage to the target and an area of effect damage to other enemies nearby.