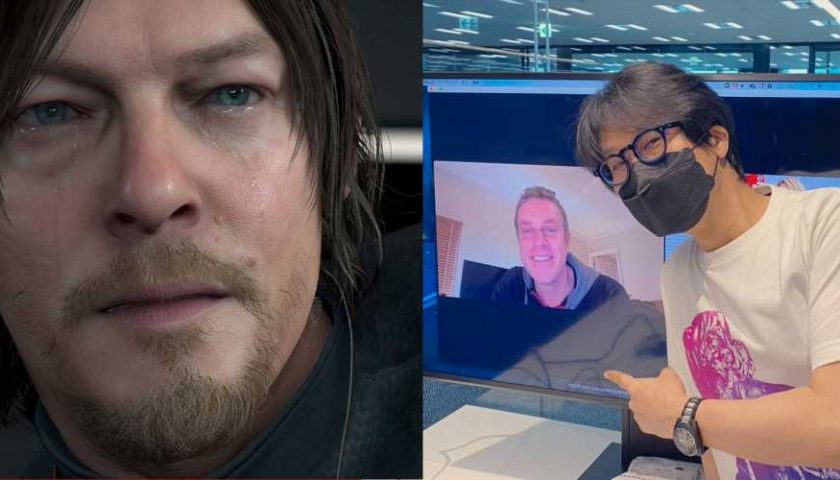 On May 17, actor Norman Reedus appeared to let slip that a Death Stranding sequel was under way. When asked about the original Death Stranding, he responds. "We just started the second one." He continues, "the game came out, and it just won all these awards, and it was a huge thing, so we just started part two of that." A recent picture of Hideo Kojima with Geoff Keighley suggests an official announcement of a sequel may be in the works for the Summer Game Fest.

This isn't the first time Reedus has let slip that a sequel is in the works. In August last year he said that another Death Stranding game was "in negotiations." Kojima is being a good sport about everything and teasingly told Reedus to "go to your private room," on Twitter after the recent slip.

A picture was shared earlier today by Kojima's personal assistant showing the man himself next to a widescreen monitor with industry veteran Geoff Keighley on a Zoom call with him.

On the screen, we can see today's date, and peeking from around the border of the Zoom call is a copyright mark with 2019 Sony Interactive Entertainment next to it. Death Stranding released in 2019, so Kojima could be showing him parts of the original game, possible DLC, or a very early build of the sequel.

There's a slim chance it's something else entirely, but it's looking more and more likely we'll get some Death Stranding news at Summer Game Fest, starting June 9. The event will be streamed live into IMAX cinemas, so you can see all the new announcements on the biggest screen possible.

In other news today, PlayStation's June PS Plus games may have been leaked. God of War and NickelodeonAll-Star Brawl head up the roster. Star Wars also tweeted a message of solidarity and anti-racism in the wake of Obi Wan Kenobi star Ingram Moses sharing racist and threatening messages they've received.