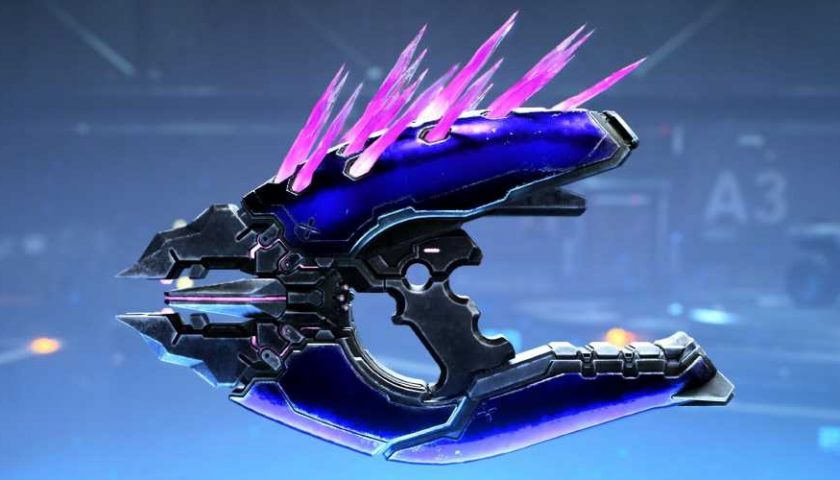 Have you ever played Halo and thought that the only thing the game was missing was more hot dogs? Specifically, more hot dog projectiles being launched from the game’s iconic Needler weapon. If so, you are in luck. Someone has replaced all the Needles in the weapon with photorealistic hot dogs. Yes, you read that correctly.

Halo player, 3D animator, and apparent hot dog enthusiast, ChrisDAnimation shared a clip on Twitter of this wonderful creation. They shared that they had “remastered the animation of a Halo needler loaded with hot dogs”, implying that this was not the first attempt at weenie-fying the Halo weapon. This remaster was to make the hot dogs “much closer to being photorealistic”. Thankfully, they had the good sense to tack on an “I’m sorry” to the end of the tweet because it is truly a creation that warrants at least an apology.

The short clip, part of a YouTube video, kicks off by offering some explanation as to how this creation came to be. A tweet from November of last year is shown where someone poses the question, “Do you think Master Chief ever replaces all the needles on a needler with hot dogs and then fires them at a grill from 50 feet away?” While I have not personally ever wondered that, apparently ChrisDAnimation have. The clip goes on to show Master Chief loading up his Needler with some juicy franks and firing them onto a grill (truly a phrase I never thought I’d type).

If that wasn’t enough for you, the clip includes a rating system of sorts where the comentator voice praises the good ol’ Chief for how he stacked those weens onto the grill. While three stars earns a praiseworthy “Triple Grill!”, nine stars make you a “Grillionaire!”. Of course, the goal is to get that coveted ten-star “Grilling Frenzy!”.

So, if you are kept awake at night wondering how the Needler would work as a hot dog-launching grill accessory, wonder no more! Or, at least wonder why you think such things.