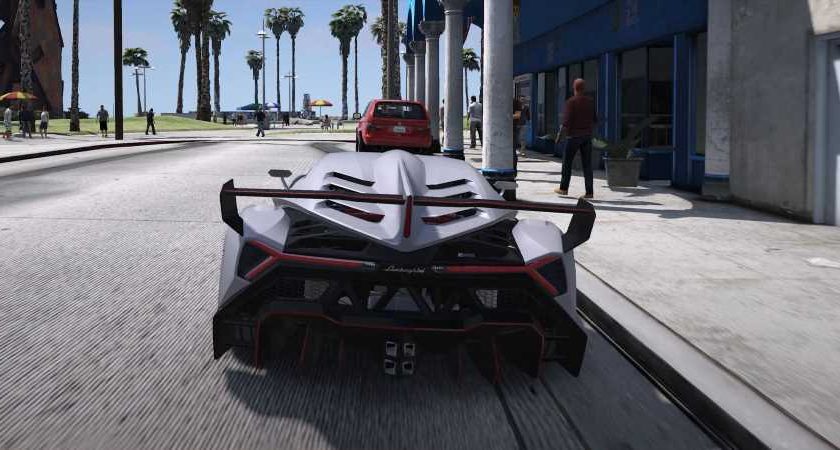 Grand Theft Auto 5 is getting a next-gen upgrade this November, and while we don’t know what that will entail, ray tracing might be on the cards. Still, you don’t have to wait that long to see what it’ll look like, as modders have given it a whirl themselves.

YouTuber Digital Dreams has put together an 8k video showcasing GTA 5 with various different mods installed that aim to make the game as realistic as possible, so naturally, it includes RTX. This gives us a glimpse into what Rockstar’s next-gen upgrade could look like. Although, with how demanding this is, it might not be quite so high-end.

In the video, they have QuantV and the Ray Tracing Reshade installed. The former updates the game’s graphics, while the latter does what it says on the tin, but to get it, you have to subscribe to the creator’s Patreon.

They also use GTA 5 real mod which adds things like Pepsi, McDonald’s, KFC, and various sports teams like the Lakers to the game, as well as real-life brands like Toyota. Safe to say that won’t be in the next-gen update.

Right now, this isn’t possible to emulate on consoles. However, the next-gen update is right around the corner, launching November 11, with a standalone Online much like Red Dead Redemption 2’s own. That’ll be free until February 2022 for PlayStation users.

While you’ll get Online free, it’s unclear if current owners of the game will get free upgrades to the next-gen variants. It could be akin to the leap from the PS3 to the PS4 that was paid, essentially acting as a new game. Some are theorizing that it’ll set you back $70. At any rate, this will mark the third generation of GTA 5. Its graphics are continuously clawing to keep up.