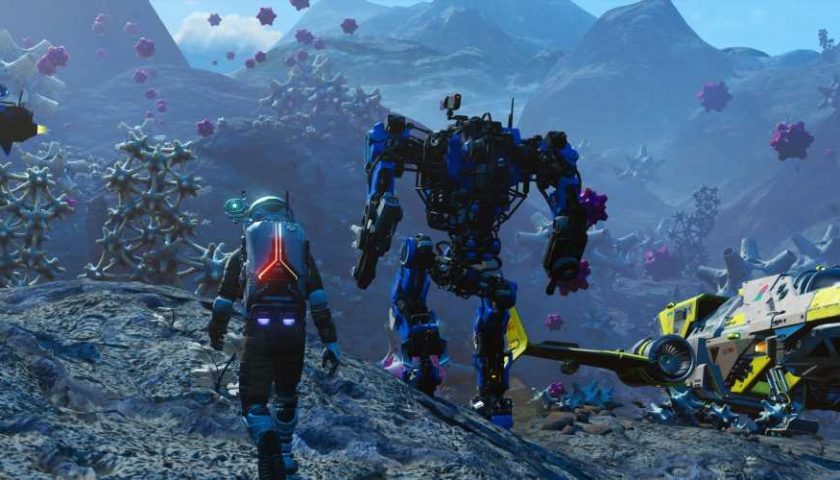 As has become standard practice for Hello Games, No Man’s Sky received its 19th surprise update today. The Sentinel Update overhauls No Man’s Sky’s combat with new enemies, new weapons, new visual effects, and a brand-new quest that explores the origins of the Sentinels. You even get a little Sentinel Drone buddy for finishing it.

You’d think that after 19 totally free and totally massive content updates for No Man’s Sky that Hello Games might finally be running out of ideas. Hello Games founder and game director Sean Murray (who is entirely unrelated to yours truly) told IGN that’s not the case.

"As many updates as we've done since launch and as many bucket list items we've checked off, our list of things we're excited about never seems to get any shorter,” said Murray. “The team are always coming up with new things that they want to do with the game: new content and features and areas for improvement.”

Not only is Hello Games working on new content for No Man’s Sky, but it also recently announced plans to port its game to the Nintendo Switch. All this happening at the same time as Hello Games is creating its third game. Despite all the activity, Murray says that “energy levels are as high now as they’ve ever been” at Hello Games.

And more updates are on the way. “We tend not to talk about what's on that list publicly but suffice to say we're not done yet by a long shot."

The Sentinel Update patch notes mentioned all the stuff that Hello Games produced in 2021, including Prisms, Companions, and Expeditions, and said that a similar amount of content could be expected in 2022. If Sentinel is going to be a benchmark, it’ll be another banger year for No Man’s Sky.